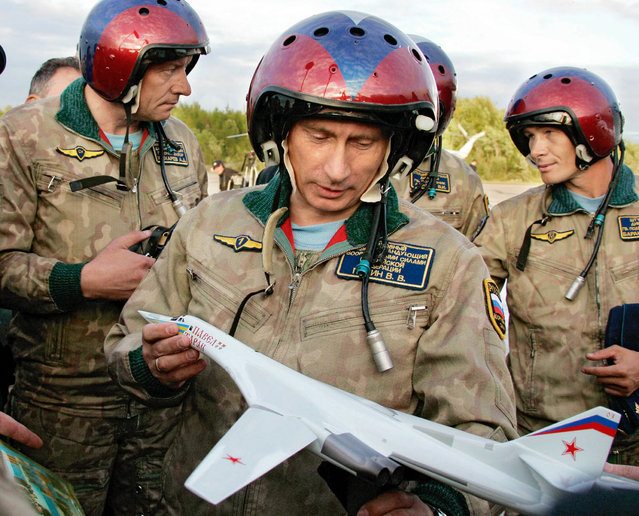 Vladimir Putin looks at a model of the Tupolev TU-160 bomber, or Blackjack, that was presented to him on his arrival in Olenegorsk, Russia, August 16, 2005. Putin flew in the Tupolev TU-160 bomber and took part in the launch of cruise missiles in the Arctic north. (Photo by Reuters/ITAR-TASS/Presidential Press Service)
Details
28 Nov 2015 08:01:00,post received 0 comments
Fact Images of Putin’s Masculinity 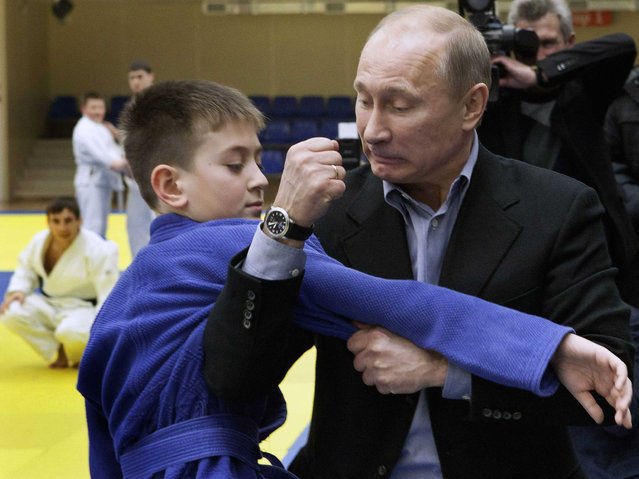 Vladimir Putin shows a hold to a young judo wrestler at the Regional Judo Center at the Arena Sports Complex in the Siberian city of Kemerovo on January 24, 2012, during his visit to the region. Putin is known for his passion for judo, in which he has a black belt. (Photo by AFP Photo/STR)
Details
27 Mar 2014 08:47:00,post received 0 comments
Fact Happy Birthday, Putin! 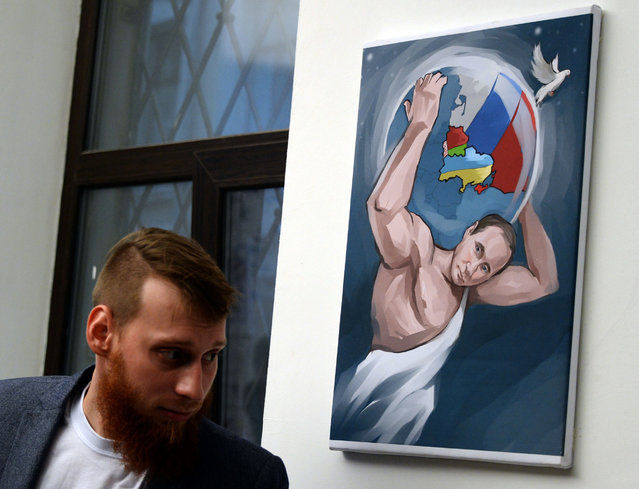 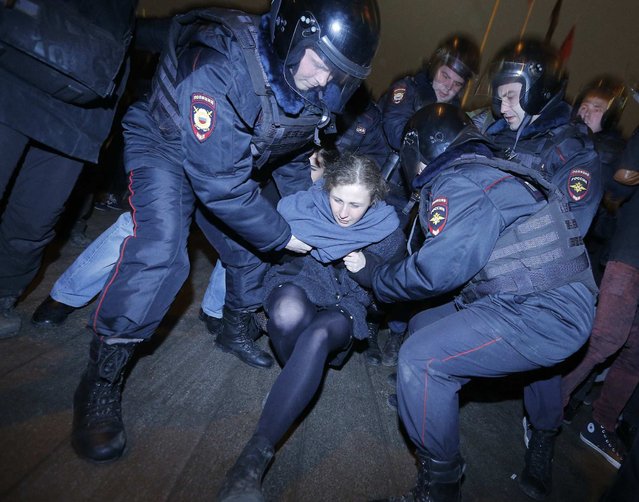 Punk protest band p*ssy Riot member Maria Alyokhina is detained by police at a protest in central Moscow February 24, 2014. Russian riot police detained over a hundred protesters, including two members of p*ssy Riot, on Monday at a Moscow courthouse where seven opponents of President Vladimir Putin were jailed from two and a half to four years over a demonstration that turned violent. (Photo by Maxim Shemetov/Reuters)
Details
25 Feb 2014 12:58:00,post received 0 comments
Fact “Vladimir Putin on a Show of Might” 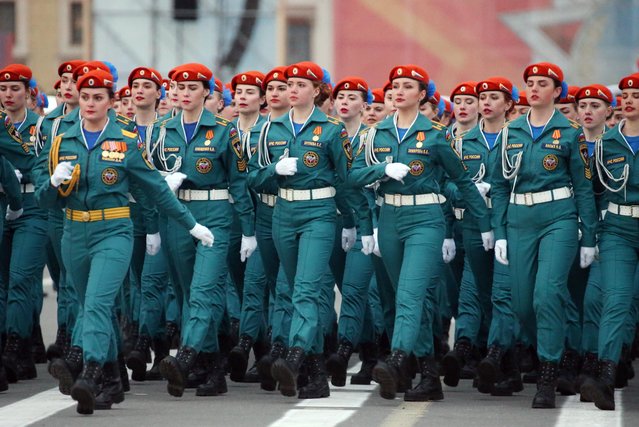 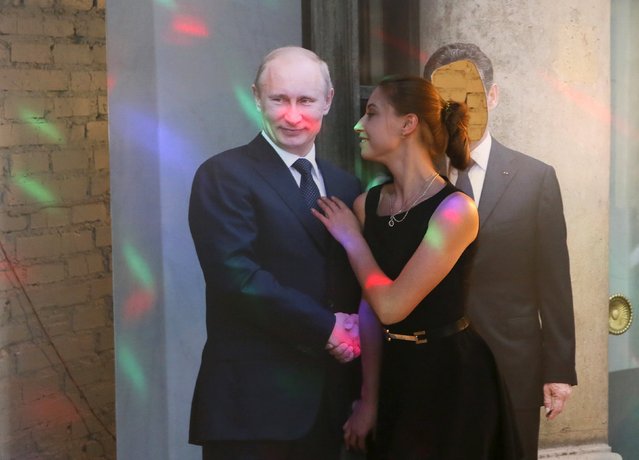 A woman poses with a cut-out of Vladimir Putin in the “President Cafe” in Krasnoyarsk, Siberia, Russia, April 7, 2016. Dozens of photos of Vladimir Putin, from childhood to Russian President, hang on the walls of President Cafe in a working-class area of Krasnoyarsk, a city in eastern Siberia. A life-size cut-out of Putin stands by the bar. Images of U.S. President Barack Obama, as well as leaders of Germany and Britain, greet customers in the toilets. (Photo by Ilya Naymushin/Reuters)
Details
14 Apr 2016 12:14:00,post received 0 comments
Fact Putin Gets Flashed in Germany 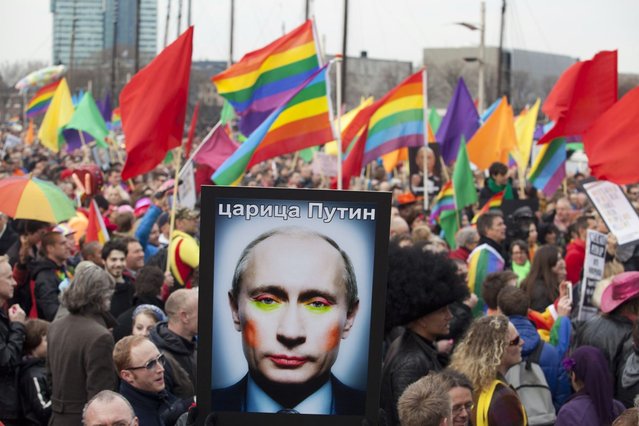 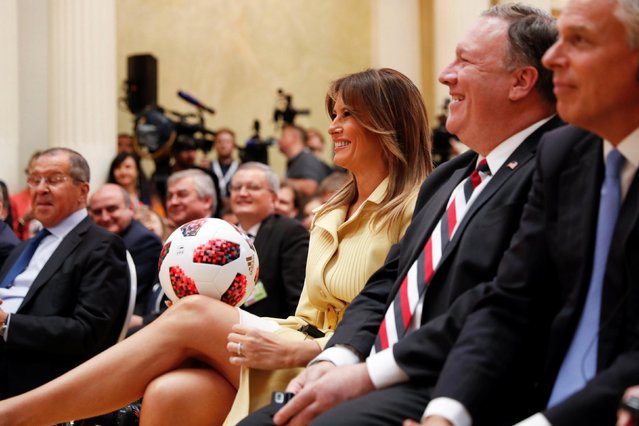