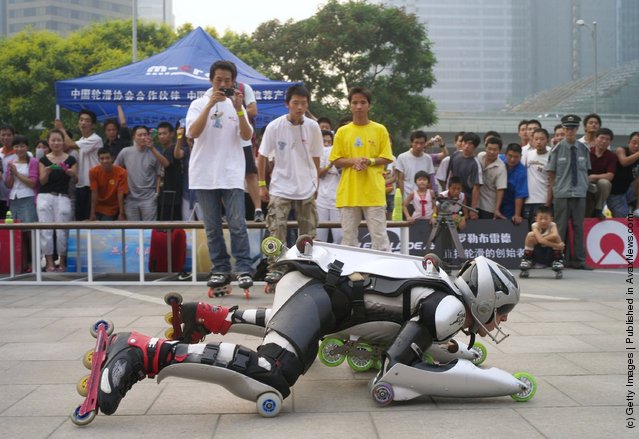 Photo: French designer Jean-Yves Blondeau demonstrates his “Buggy Rollin” suit during a performance on August 16, 2007 in Beijing, China. Blondeau is able to roll along in any position and can achieve high speeds wearing the suit. (Photo by China Photos/Getty Images)
Details
29 Jun 2011 11:00:00,post received 0 comments
Fact Suiting up the Swiss Guard 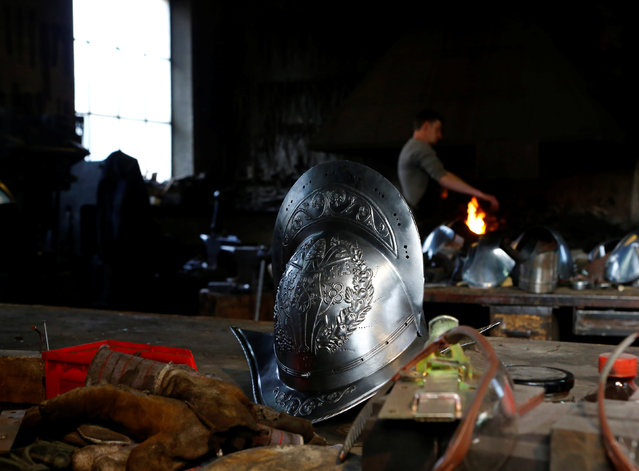 Blacksmith Johann Schmidberger works on a suit of armour for the Vatican's Swiss Guards at his workshop in Molln, Austria, March 29, 2017. Austrian blacksmiths who produce ceremonial suits of armour for the Vatican's Swiss Guards are close to the end of their current deal to do so, and say supplying the suits will not now be an issue for many years to come. One of the drawbacks of the Swiss Guards' medieval uniforms is that the craftsmanship needed to make them is disappearing. (Photo by Leonhard Foeger/Reuters)
Details
06 Apr 2017 09:08:00,post received 0 comments
Touching Sephora Presents The First Ever Hello Kitty Beauty Hotel Suite At Maison 140 In Beverly Hills 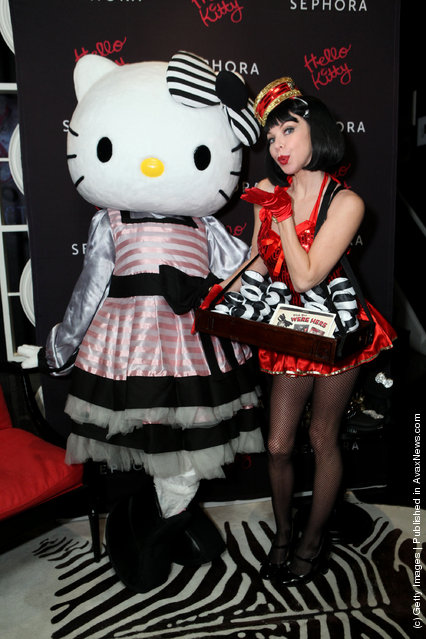 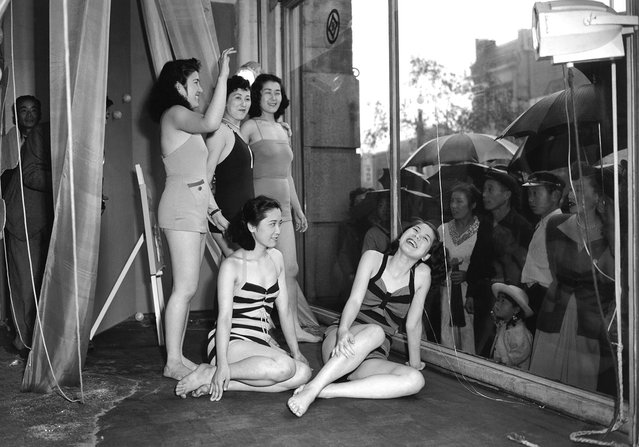 To draw the public's attention to a new line of bathing suits, a Tokyo department store used live models to show off the suits on June 5, 1950. The rain didn't bother the curious, and both the girls and the crowd seemed to like the idea of staring at each other through the glass. (Photo by AP Photo via The Atlantic)
Details
14 Mar 2014 09:20:00,post received 0 comments
Touching Simply Some Photos 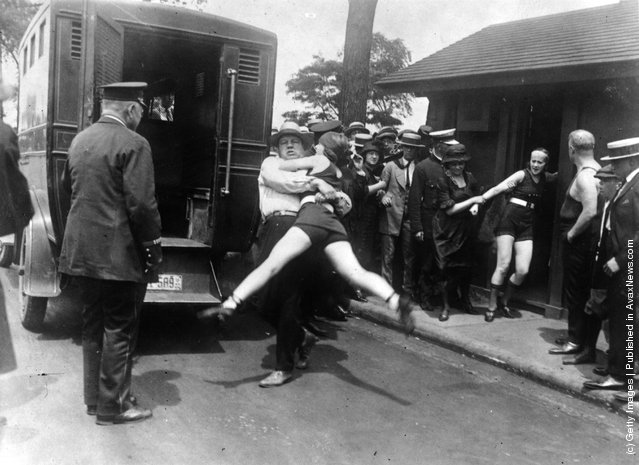 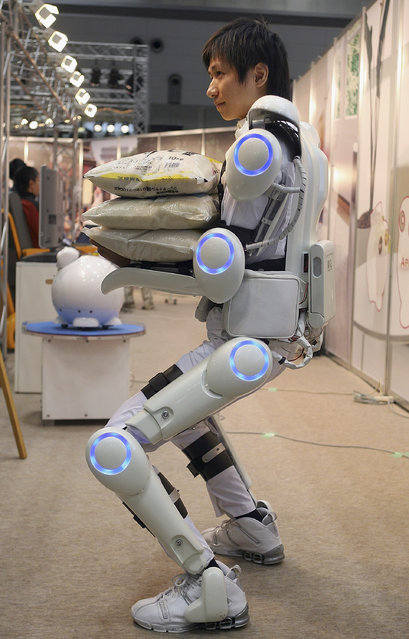 “A robot suit that can help the elderly or disabled get around was given its global safety certificate in Japan on February 27, 2013, paving the way for its worldwide roll-out”. Photo: Robot suit “Hybrid Assistive Limb (HAL)” worn by a man developed by University of Tsukuba is seen lifting a 30kg weight during 2005 International Robot Exhibition on November 30, 2005 in Tokyo, Japan. By wearing the power suit, it makes it easier to move and lift heavy things. (Photo by Koichi Kamoshida)
Details
11 Mar 2013 11:15:00,post received 0 comments
Wow Bar in China Allows Stressed out Customers to Beat Up Staff 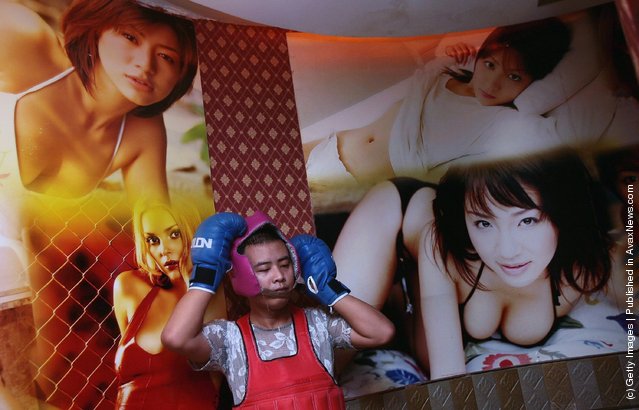 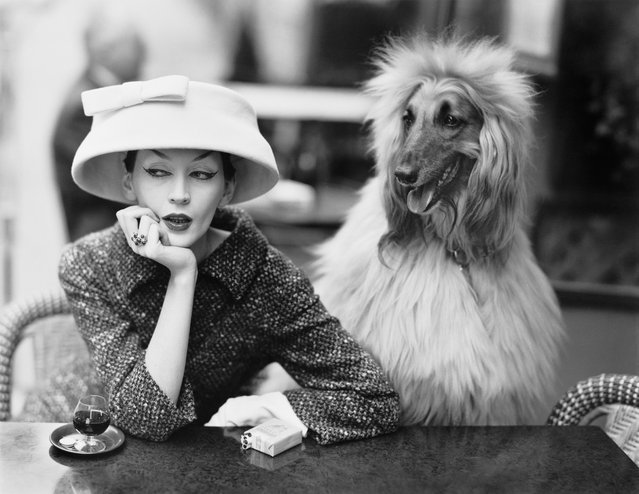