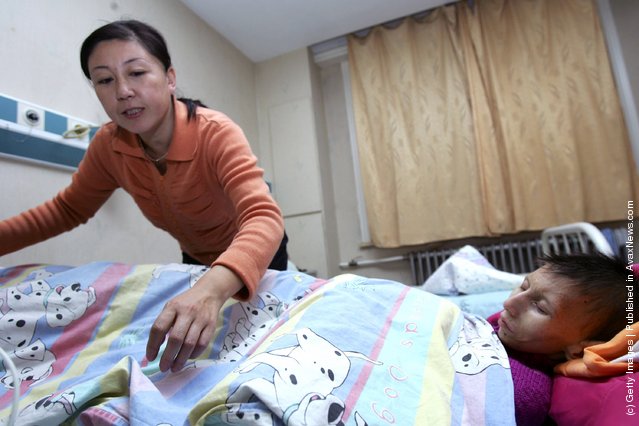 “Cockayne syndrome (also called Weber-Cockayne syndrome, or Neill-Dingwall Syndrome) is a rare autosomal recessive congenital disorder characterized by growth failure, impaired development of the nervous system, abnormal sensitivity to sunlight (photosensitivity), and premature aging. Hearing loss and eye abnormalities (pigmentary retinopathy) are other common features, but problems with any or all of the internal organs are possible. It is associated with a group of disorders called leukodystrophies. The underlying disorder is a defect in a DNA repair mechanism. It is named after English physician Edward Alfred Cockayne (1880–1956)”. – Wikipedia