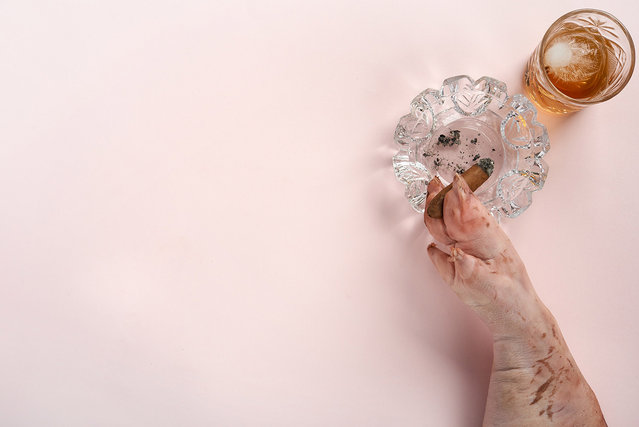 “Animals take on human characteristics in this photo series by Davide Luciano. Davide’s goal was to achieve personification of these animals’ body parts without the use of motion. Using photography’s ability to manipulate time, Davide presents a snippet of these creature “active” lives by photographing a process, thus creating the illusion of life in these lifeless animal limbs. Recreating the uncomfortable into quizzical and whimsical photos that are bold, colorful, and always comical and satirical”. (Photos and caption by Davide Luciano)
Details
12 Mar 2014 12:08:00,post received 0 comments
Touching “Potholes” Project by Photographer Davide Luciano 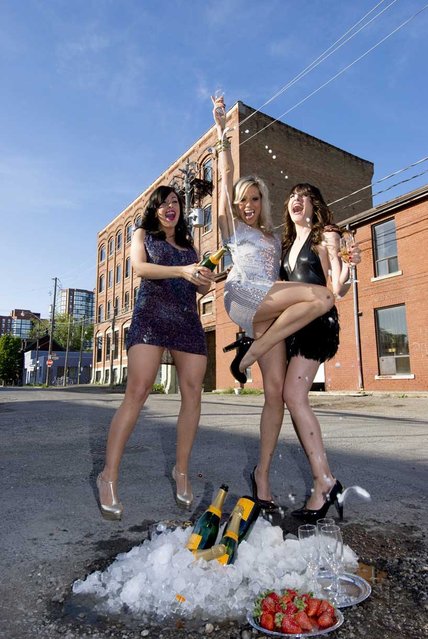 “Potholes” is a series of photographs depicting the concave street cracks and holes as a collection of imaginative tableaux in the city. Captured within the backdrops of New York City, Los Angeles, Toronto and Montreal, the sets explore the urban ﬂaws as a playground creating a multitude of uses out of the potholes. Directly engaging the street and the city, the highly imaginative series transforms the bad into good, creating a tongue-in-cheek collection that is at once contextual and surreal”. (Photo and caption by Davide Luciano)
Details
03 Dec 2013 06:15:00,post received 0 comments
Publication archive:
←   →
Popular tags:
All tags
Last searches: