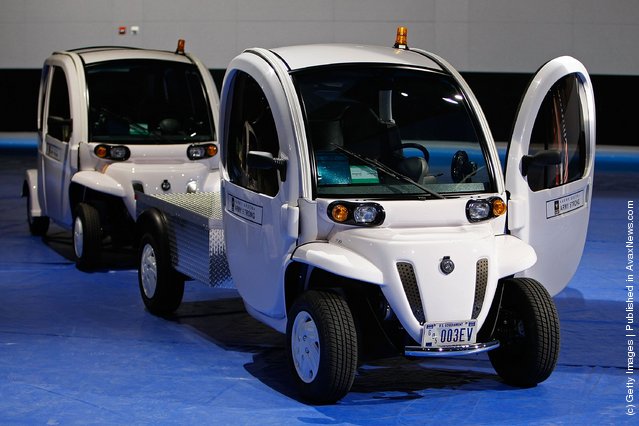 Two of the first six “neighborhood electric vehicles” (NEV) to be leased by the U.S. Army are on display during an introductory ceremony at Fort Myer January 12, 2009 in Arlington, Virginia. The Army has leased 800 of the non-tactical NEVs with a goal of 4,000 vehicles by 2011. These NEVs are manufactured by the Global Electric Motorcars division of Chrysler Corporation. With a full eight-hour charge, the NEVs can traverse 30 miles at a top speed of 25-miles-per-hour. (Photo by Chip Somodevilla/Getty Images)
Details
14 Apr 2011 09:37:00,post received 0 comments
Publication archive:
←   →
Popular tags:
All tags
Last searches: