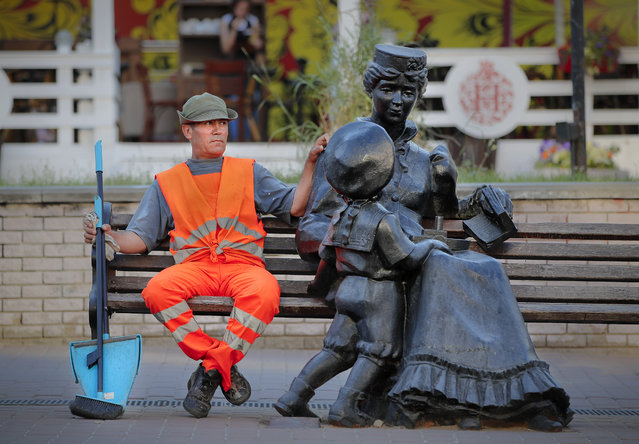 A municipal worker sits on a bench, next to a statue, in Nizhny Novgorod, Russia, during the 2018 soccer World Cup, Thursday, June 28, 2018. Nizhny Novgorod was a “closed city” during the Soviet era. It was known as Gorky until 1990 and it was here that dissident scientist Andrei Sakharov was held under house arrest. Now the city hosts six World Cup matches and is teeming with tourists. That was unthinkable in the Soviet era and even rare now in a city that is seldom visited by outsiders. (Photo by Vadim Ghirda/AP Photo)
Details
03 Jul 2018 00:03:00,post received 0 comments
Funny Absolute Hero 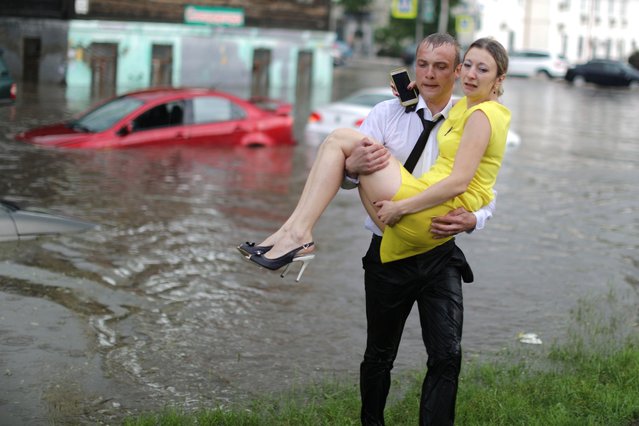 This absolute hero came to the rescue when flash floods in a World Cup city left two women stranded in their submerged cars. Here: A woman is rescued from a car after a flash flood in Nizhny Novgorod, Russia on June 19, 2018. (Photo by Lucy Nicholson/Reuters)
Details
21 Jun 2018 00:01:00,post received 0 comments
Fact A Look at Nizhny Novgorod 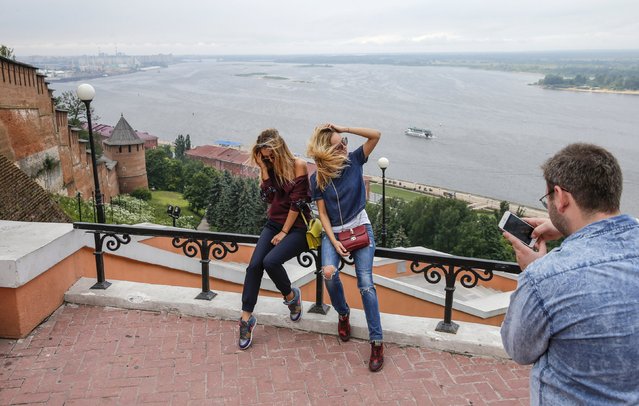