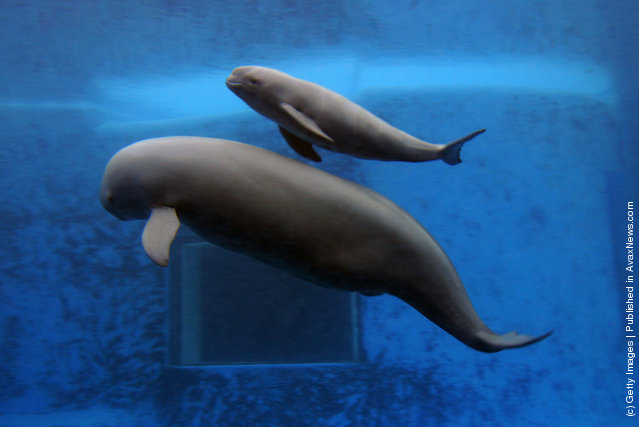 “The finless porpoise (Neophocaena phocaenoides) is one of six porpoise species. In the waters around Japan, at the northern end of its range, it is known as the sunameri. A freshwater population found in the Yangtze River in China is known locally as the jiangzhu or «river pig»”. – Wikipedia