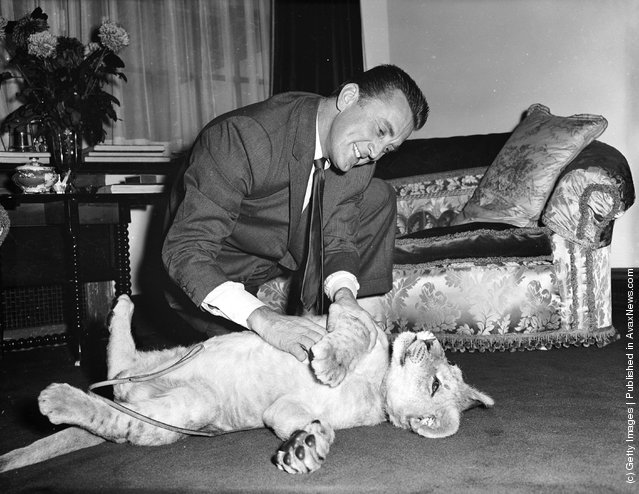 American film star Kirk Douglas with a lion cub called Spartacus which was presented to him by the director of Southport zoo in appreciation of Douglas' film role. (Photo by Lee/Central Press/Getty Images). 7th December 1960 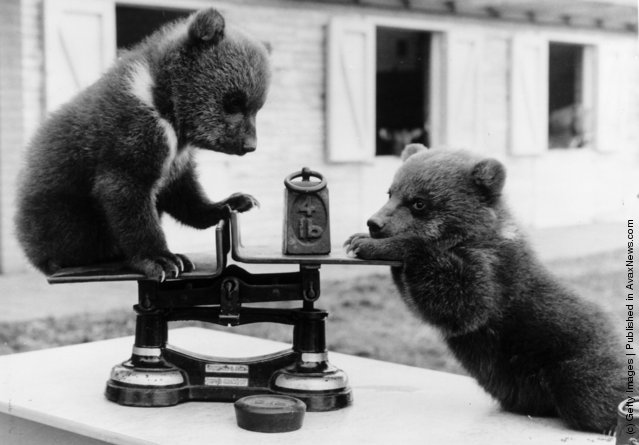 Two brown bear cubs from a litter of triplets born at Whipsnade Zoo, Bedfordshire playing with the scales at their first weight check. The 4-lb cubs have been transferred to the children's zoo, where they delight the visitors. (Photo by William Vanderson/Fox Photos/Getty Images). 3rd May 1962 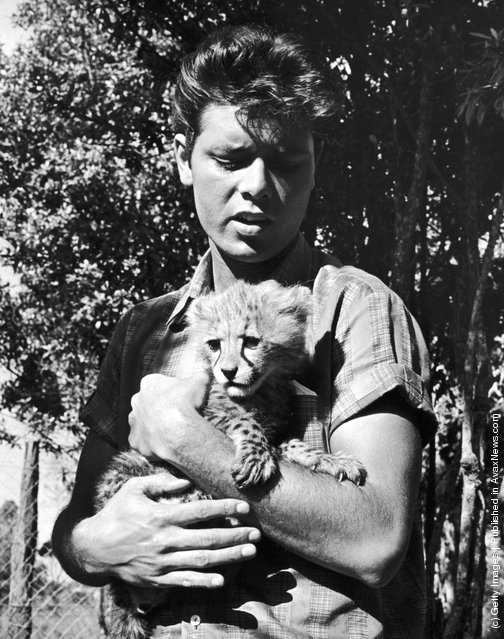 English pop singer Cliff Richard with a cheetah cub during a visit to the game-keepers' lodge at the Nairobi Game Park, Kenya, 15th February 1963. (Photo by Fox Photos/Hulton Archive/Getty Images) 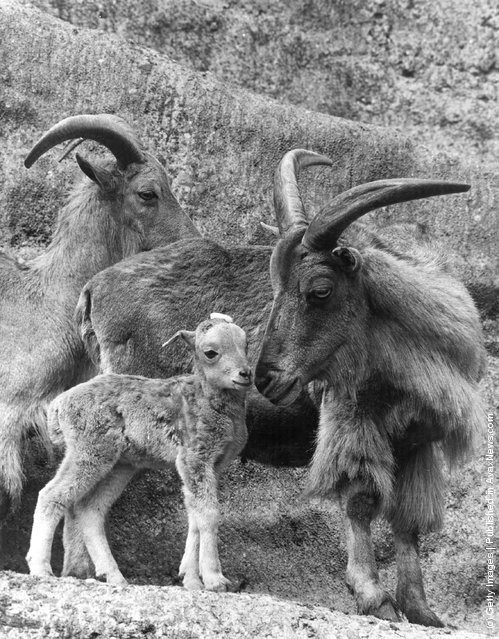 A pair of Barbary sheep with a lamb. (Photo by Hulton Archive/Getty Images). 16th April 1963 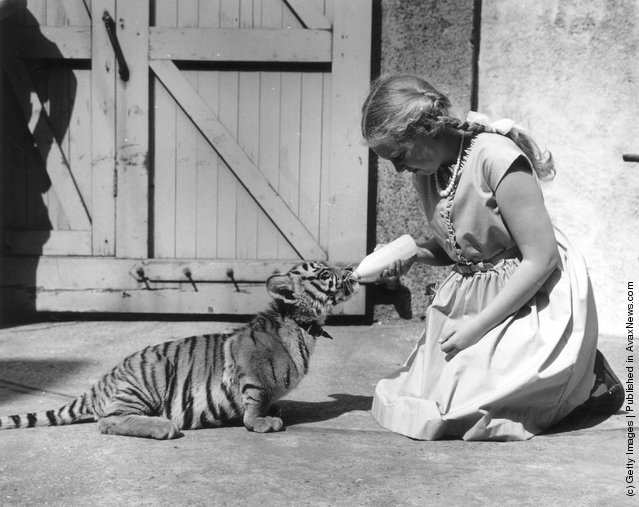 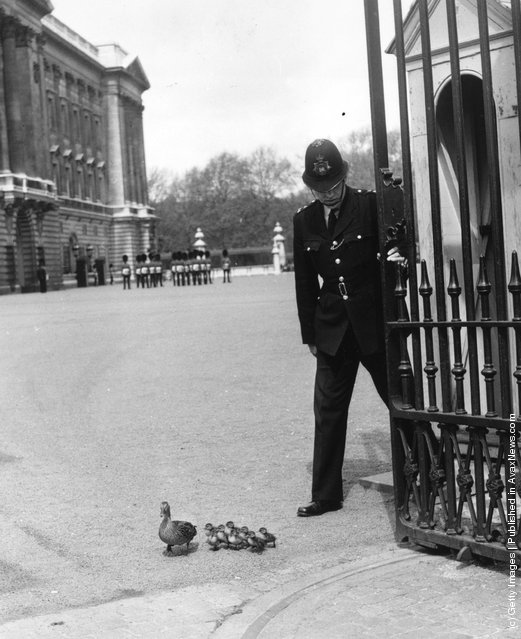 A policeman at Buckingham Palace holds the gate open so that a duck and her ducklings, from nearby St. James's Park, can leave the palace forecourt. (Photo by Douglas Miller/Keystone/Getty Images). 4th May 1964 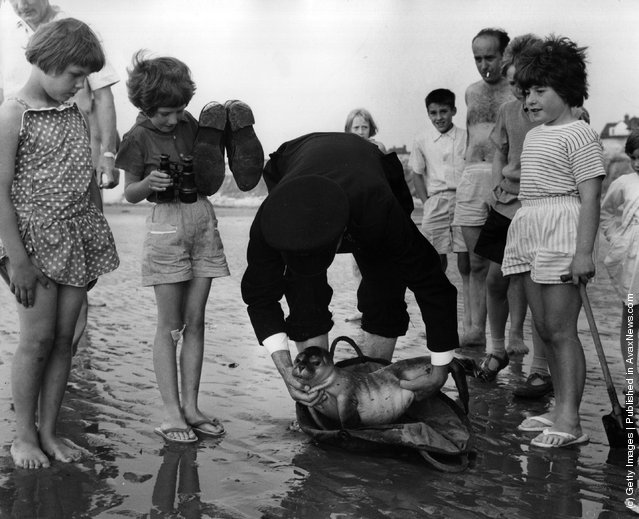 Inspector Hutter of the RSPCA rescues a seal pup on one of Norfolk's beaches. The seal pups, and carcasses of parent seals are often washed up following the slaughter of seals for their skins in The Wash. (Photo by Chris Ware/Keystone Features/Getty Images). 24th July 1964 A mother Okapi and her fawn in an enclosure in their native homeland in the former Belgian Congo. (Photo by Central Press/Getty Images). Circa 1965 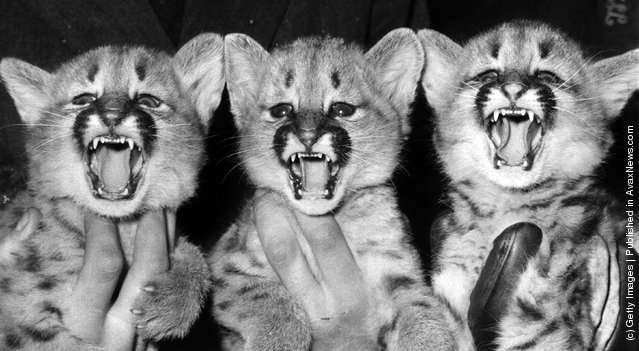 No, not the popular folk singing group, though they look capable of snarling a tune, but the triplet Pumas born to Tess and Roger on December 5th at London Zoo. (Photo by Fox Photos/Getty Images). 25th January 1965 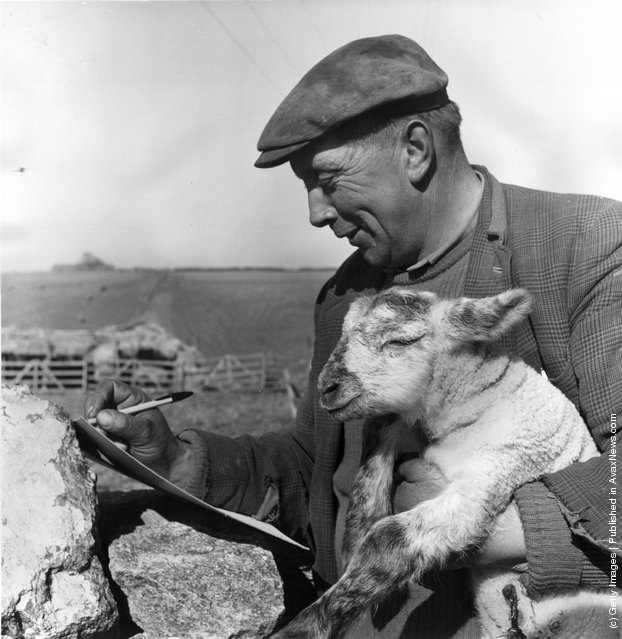 Gloucestershire shepherd Jack Phillips making a record of the day's new lamb arrivals whilst holding one of them. (Photo by Maeers/Fox Photos/Getty Images). 8th April 1965 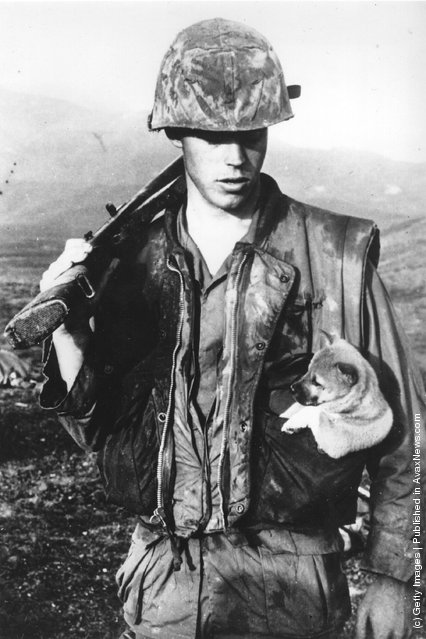 A soldier of the US Seventh Marines carrying a little puppy in his pocket after rescuing it during an operation south west of Da Nang in Vietnam. (Photo by Keystone/Getty Images). 1968 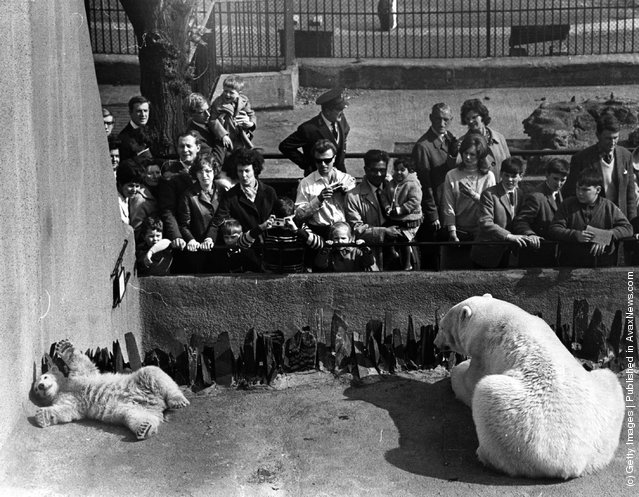 Huge crowds formed at the London Zoo on the debut of Pipaluk, the baby polar bear. (Photo by Keystone/Getty Images). 15th April 1968 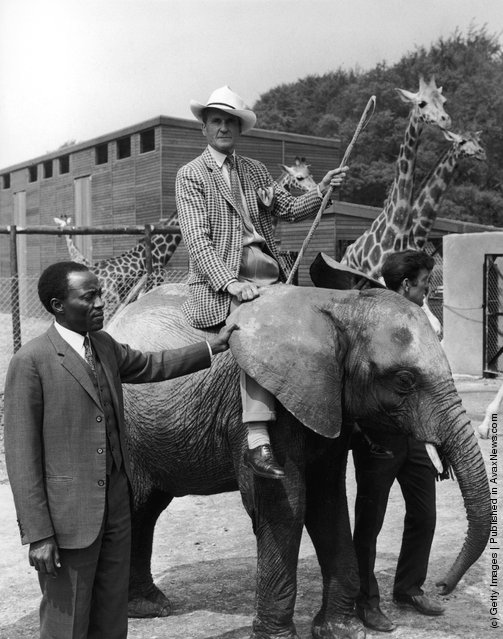 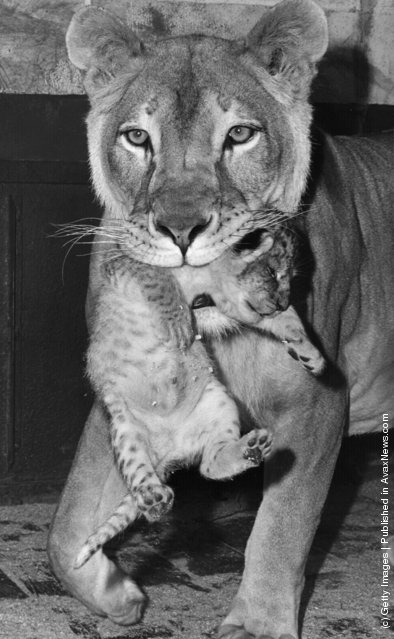 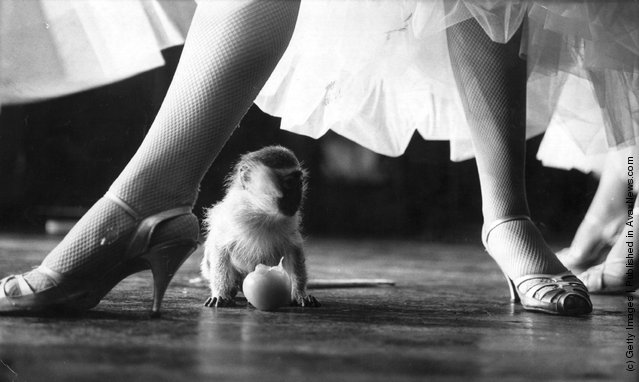 The legs and high heels of a member of the cast of “Tropical Paradise”, a revue at the Pigalle, tower above a very small baby monkey. (Photo by Evening Standard/Getty Images). Circa 1970 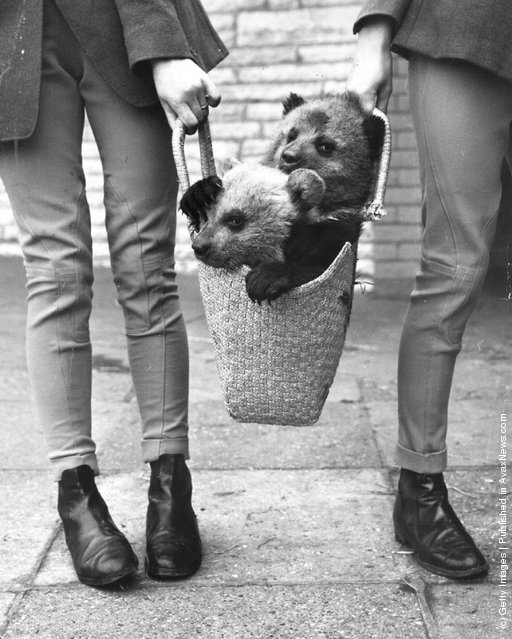