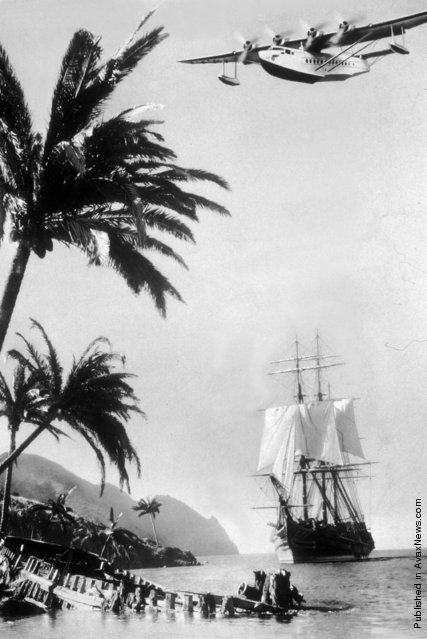 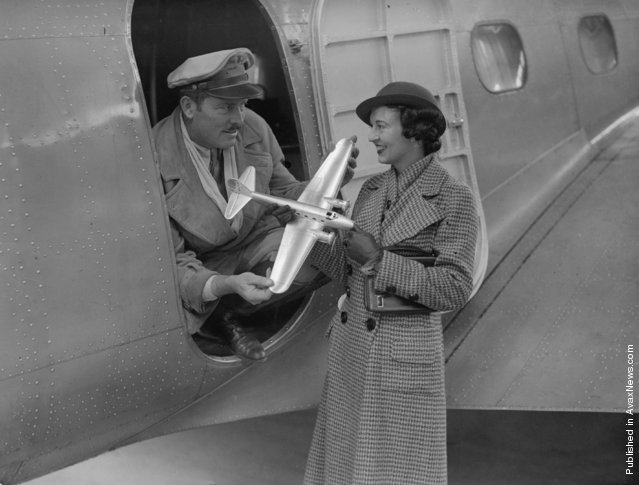 Colonel Roscoe Turner, the pilot of an American Boeing plane, showing his wife a model of the plane, at the airfield in Mildenhall. (Photo by R. Wesley/Fox Photos/Getty Images). 19th October 1934 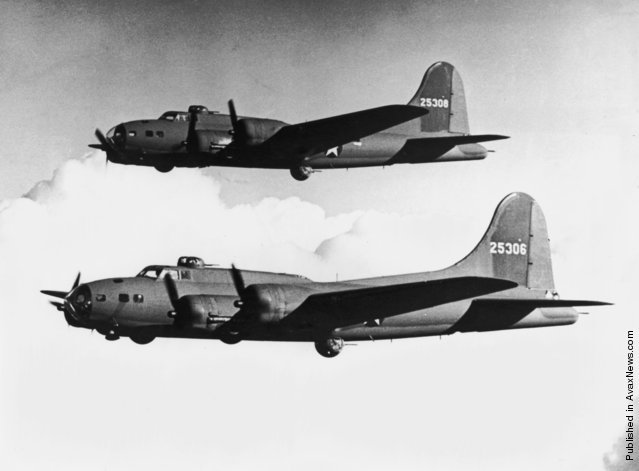 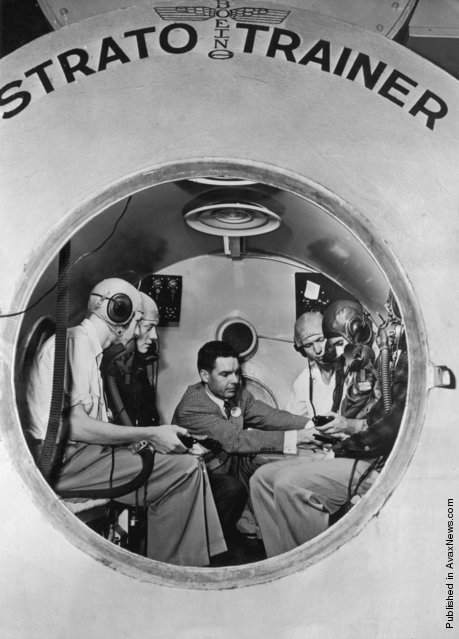 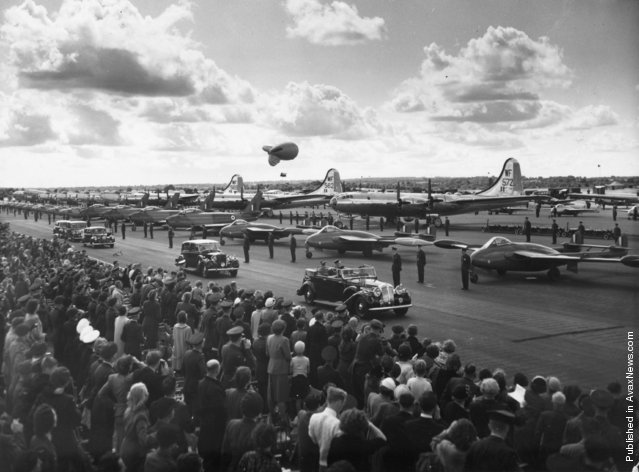 Queen Elizabeth II at the Coronation Review of the RAF at Odiham Hampshire. She inspected 1125 officers and other ranks drawn from all commands of the RAF and over 300 aircraft with crew and personnel. Vehicles and equipment representing all branches of the services were also paraded and the visit ended with a fly past of more than 600 aircraft in review order. Visible aircraft include de Havilland Venom jet fighters (front row, right), B-29 Superfortress long range bombers (middle row), called Boeing Washingtons by the RAF, and American-built F-86 Sabre jet fighter (front row, middle). (Photo by Monty Fresco/Topical Press Agency/Getty Images). 15th July 1953 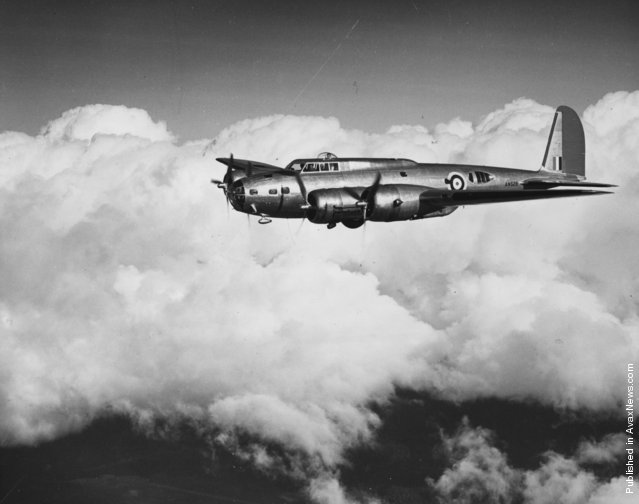 The Boeing B-17-C-type Flying Fortress, known to the RAF as a Fortress I bomber, in flight. (Photo by Three Lions/Getty Images). Circa 1950 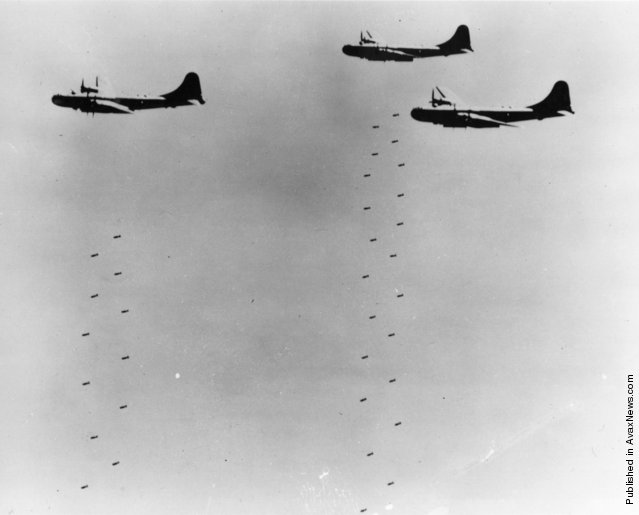 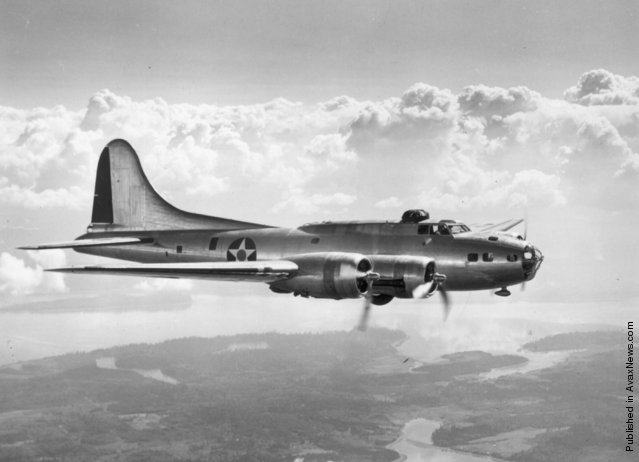 A US Boeing B-17e Flying Fortress bomber. (Photo by Three Lions/Getty Images). Circa 1946 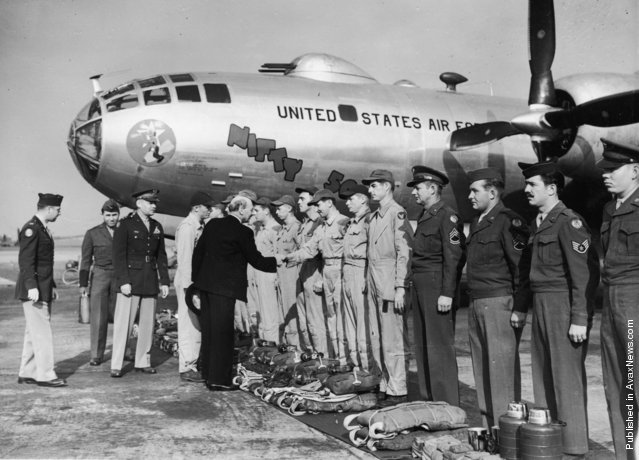 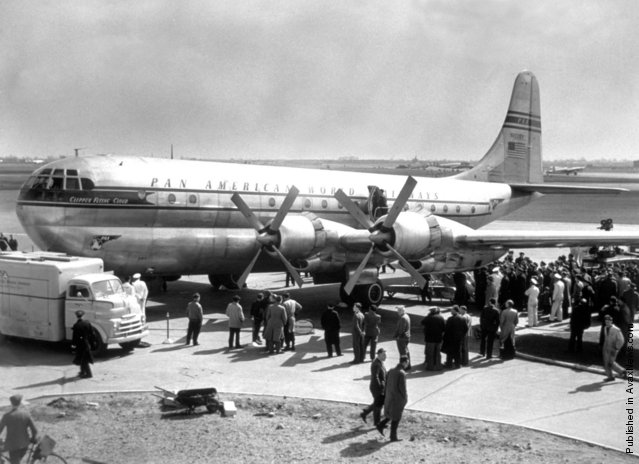 The Pan-American World Airways clipper “Flying Cloud”, the first of a fleet which will fly between New York and London. (Photo by Topical Press Agency/Getty Images). 1949 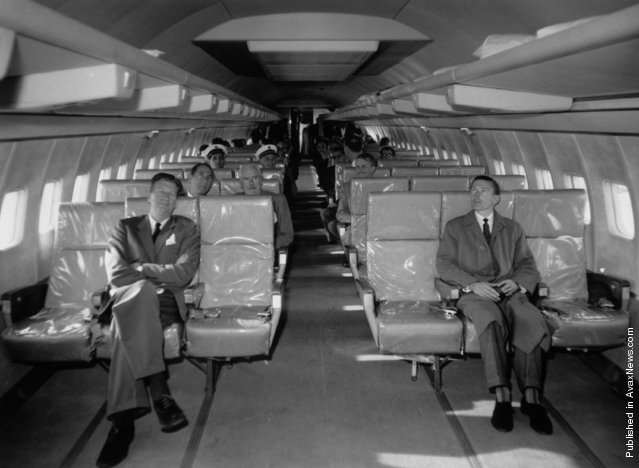 Interior of a giant Boeing 707 jet airliner which can take up to 165 economy class passengers. Owned by Pan-Am she is carrying a service crew for noise test flights over Britain. (Photo by Keystone/Getty Images). 8th September 1958 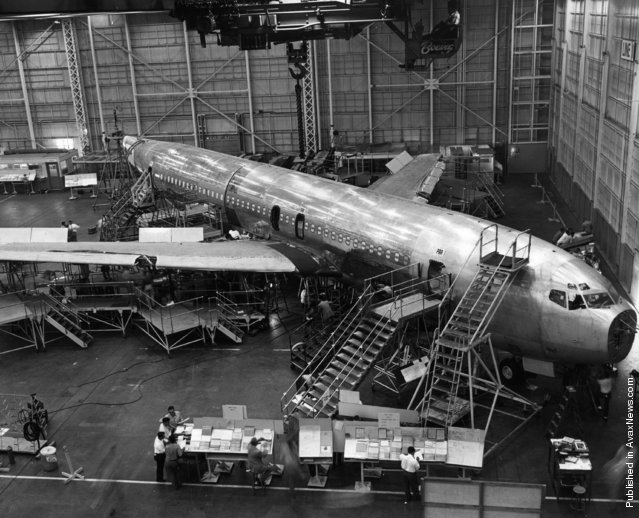 The Boeing 707 Jet Stratoliner Number One under construction at Boeing's Transport Division in Renton, Washington. (Photo by Central Press/Getty Images). Circa 1958 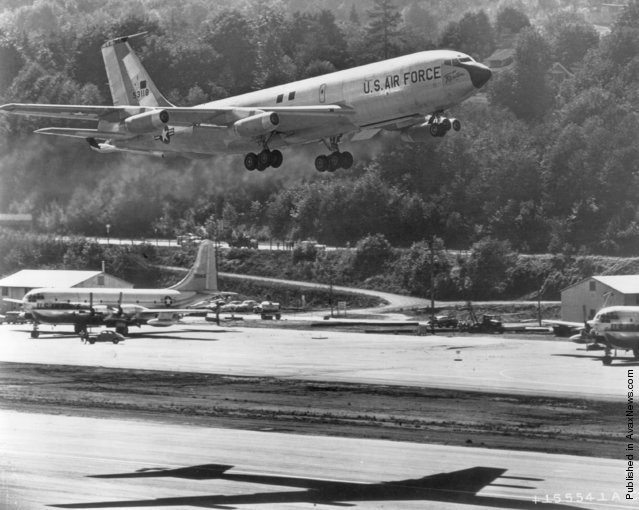 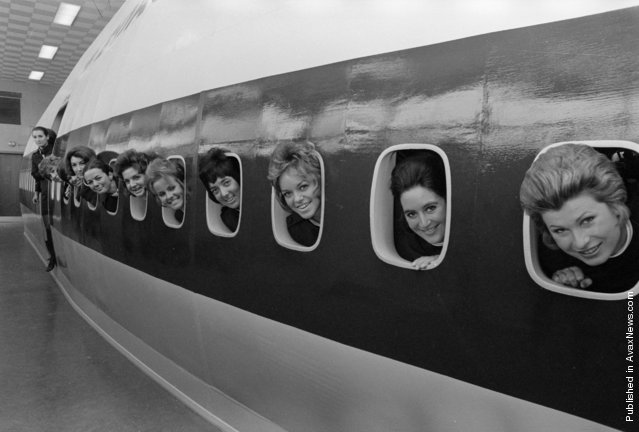 BOAC stewardesses peering through the port holes of the mock-up Jumbo Jet 747 at London's Heathrow Airport during training for the introduction of transatlantic Jumbo flights. (Photo by Dennis Oulds/Central Press/Getty Images). 30th March 1971 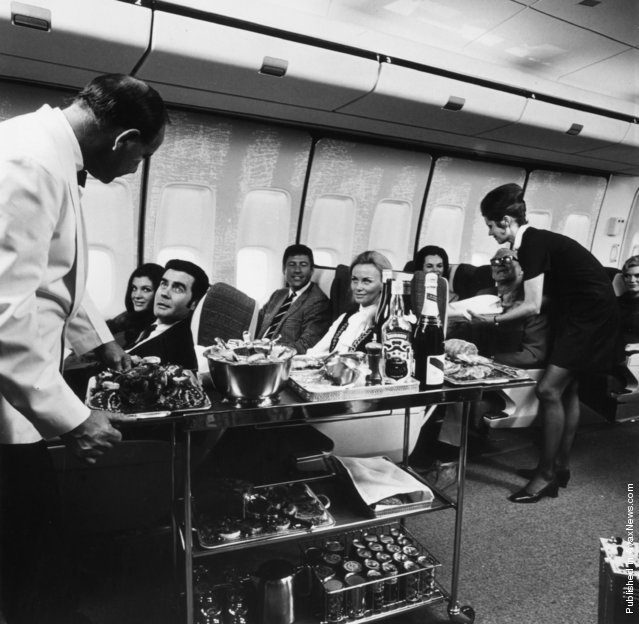 A steward and stewardess serving first-class passengers with drinks and refreshments on board a Boeing 747. (Photo by Fox Photos/Getty Images). 1970 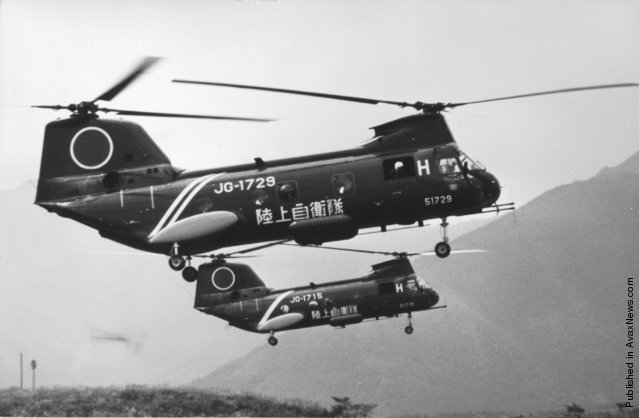 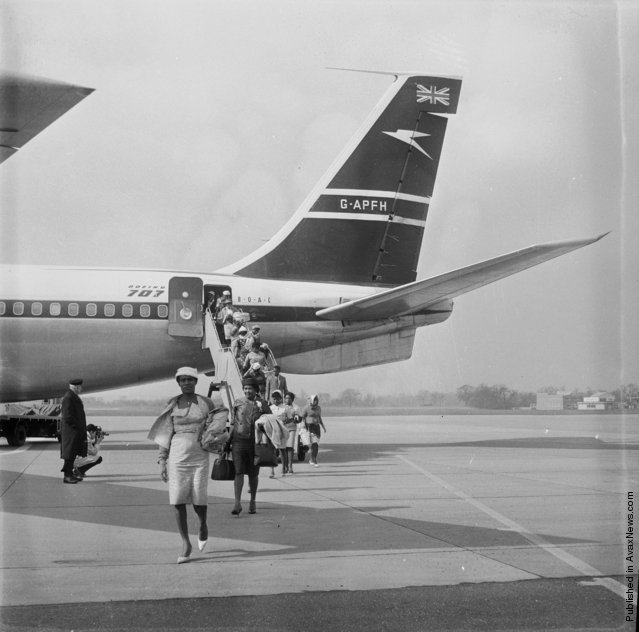 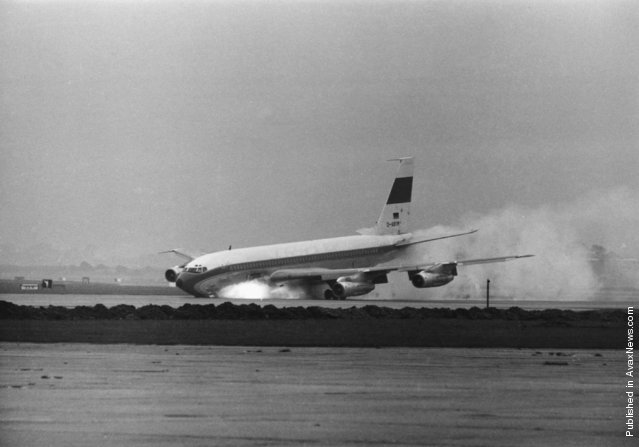 A Boeing 720 crash lands on a runway with a faulty nosewheel. (Photo by Stroud/Getty Images). 1962 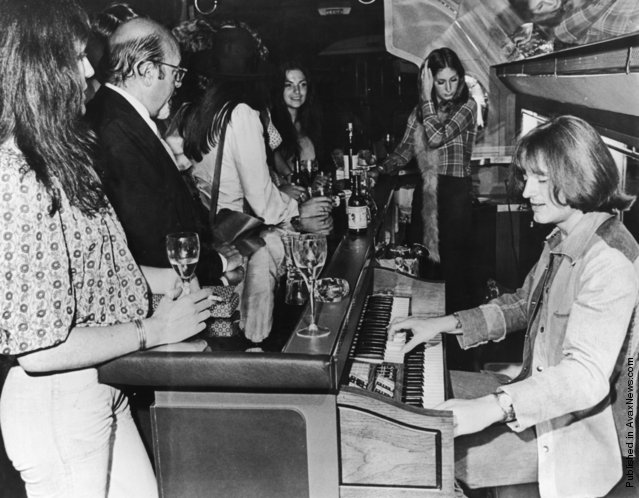 John Paul Jones of English rock group Led Zeppelin plays a Thomas electric organ behind the bar on board a private Boeing 720B airliner known as “The Starship”, which is being used by the band on their North American tour, 30th July 1973. (Photo by Daily Express/Hulton Archive/Getty Images) 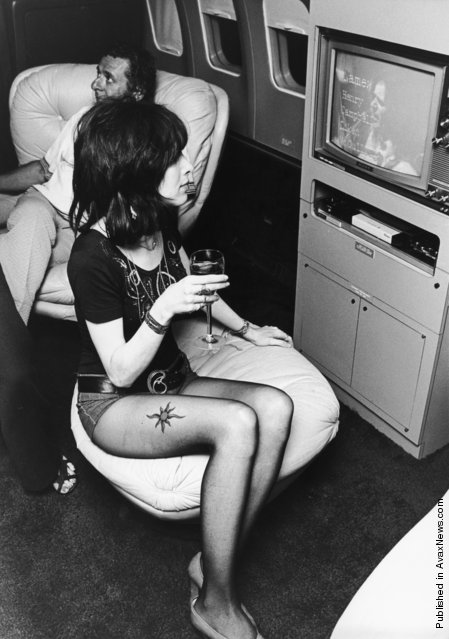 A young woman watches a video on board a private Boeing 720B airliner known as “The Starship”, which is being used by English rock group Led Zeppelin on their North American tour, 30th July 1973. (Photo by Daily Express/Hulton Archive/Getty Images) 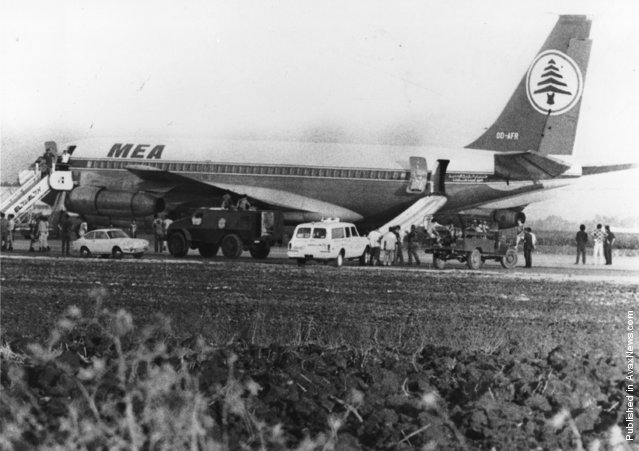 The hijacked Boeing 707 of Lebanon's Middle East Airlines, with the safety chutes down, at Lydda Airport, Israel. The plane was hijacked by a whisky-drinking Libyan, armed with two pistols, soon after its take-off from Nicosia, Cyprus, en route to Beirut, and diverted to Israel. Israeli commandos stormed the plane and rescued the 109 passengers and 10 crew. (Photo by Daniel Rosenblum/Keystone/Getty Images). 17th August 1973 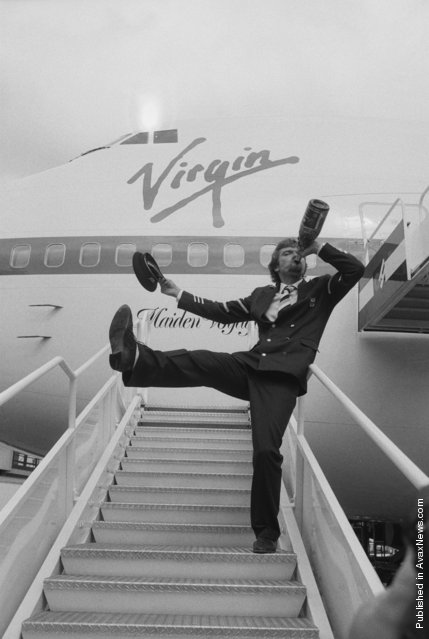 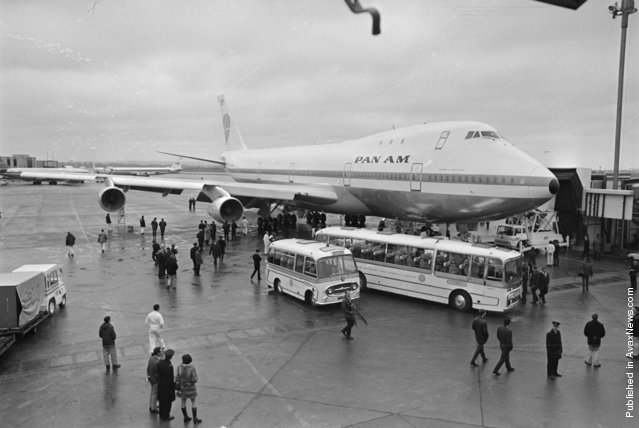 A Pan-American 747 jumbo jet on the tarmac at Heathrow Airport, where it touched down after carrying 380 people, a new world record for the number of people ever to fly in one aircraft. (Photo by Dennis Oulds/Central Press/Getty Images). 12th January 1970 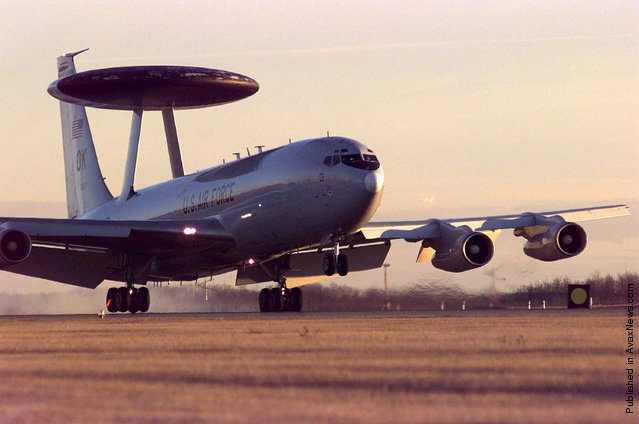 In this U.S. Air Force handout photo an E-3 Sentry airborne warning and control system (AWACS) lands on November 11, 1997 at Cold Lake, Canada. The E-3 Sentry is a modified Boeing 707/320 with a large radar dome used for air and ground surveillance. According to media reports NATO has approved the use of AWACS to protect Turkey in the event of war with Iraq. (Photo by Diane S. Robinson/U.S. Air Force/Getty Images) 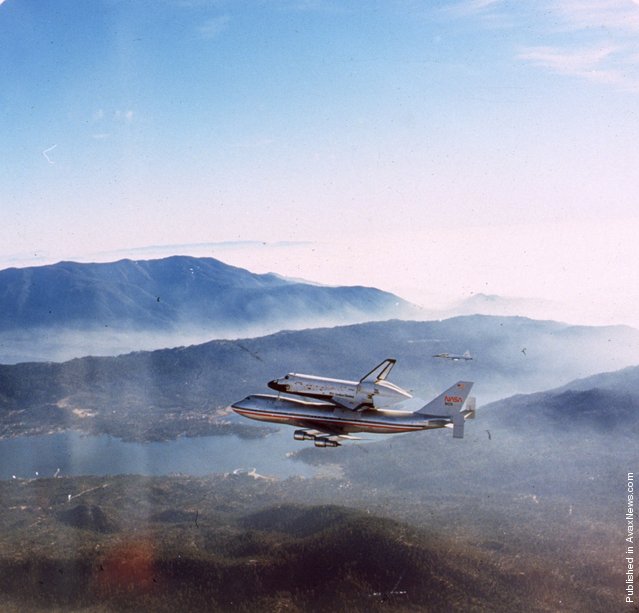