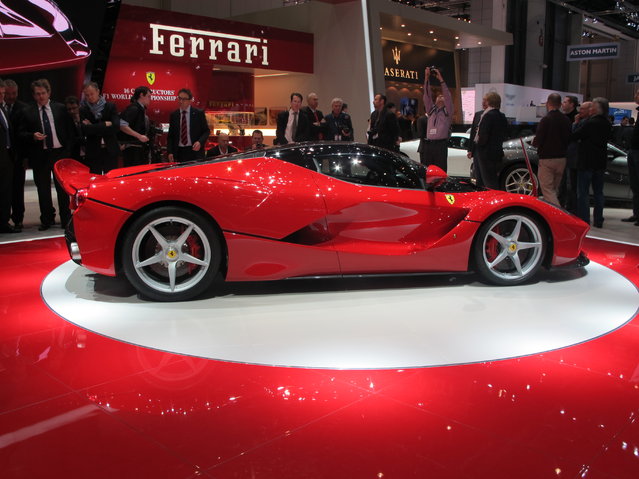 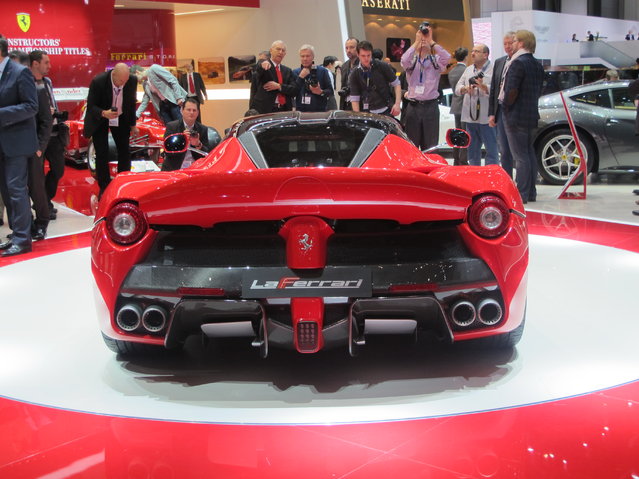 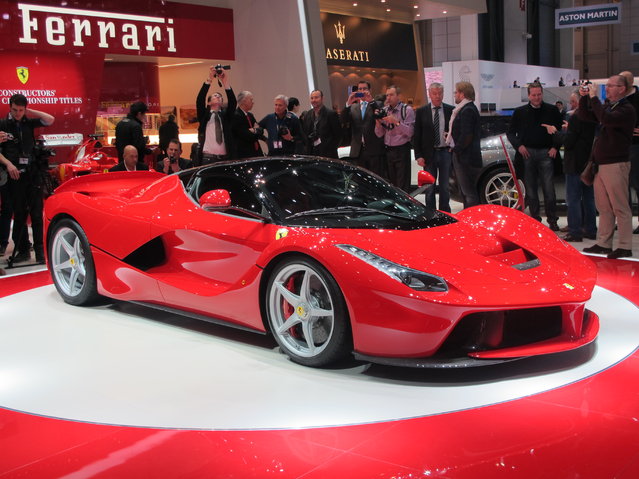 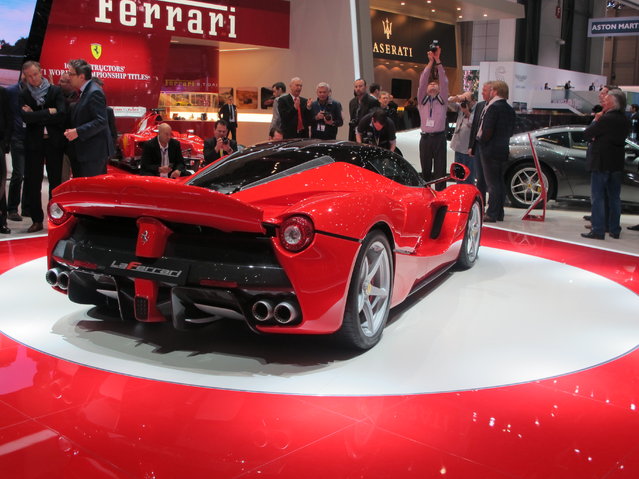 LaFerrari, the new limited-edition special series car from the Prancing Horse, has been unveiled at the Geneva International Motor Show 2013. The HY-KERS system and a carbon-fibre chassis, 6.3 liter V12 combining 789 horsepower with a 160-hp engine, low-end torque propels the sports car to 62 mph (100 km/h) in under three seconds, as you reach 124 mph in impressive manner after seven seconds, with a top speed of 205 mph. These are just few of the innovations sported by the new arrival. (Photo by Luis Fernando Ramos/G1) 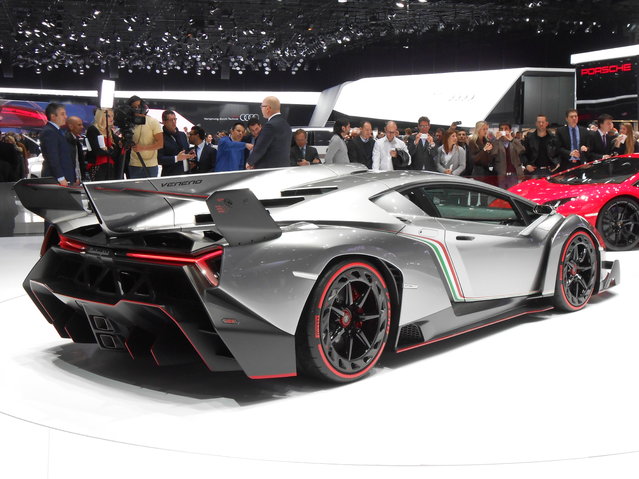 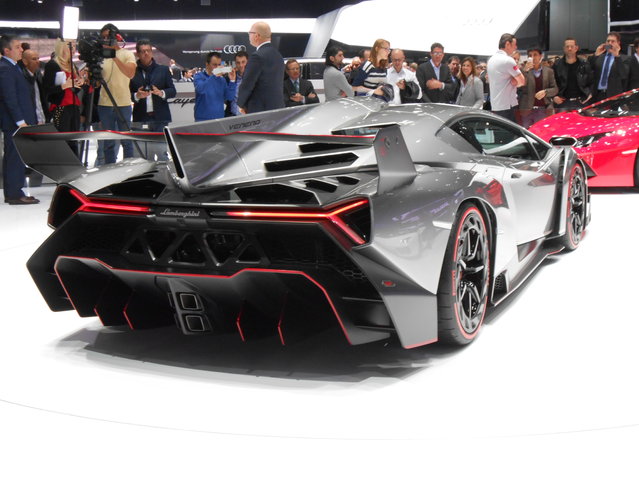 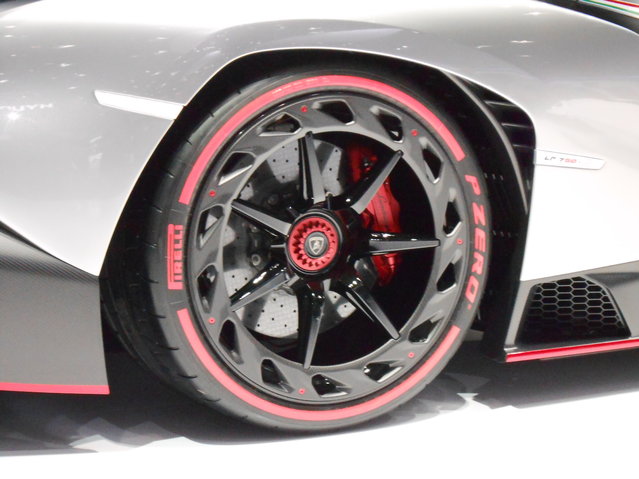 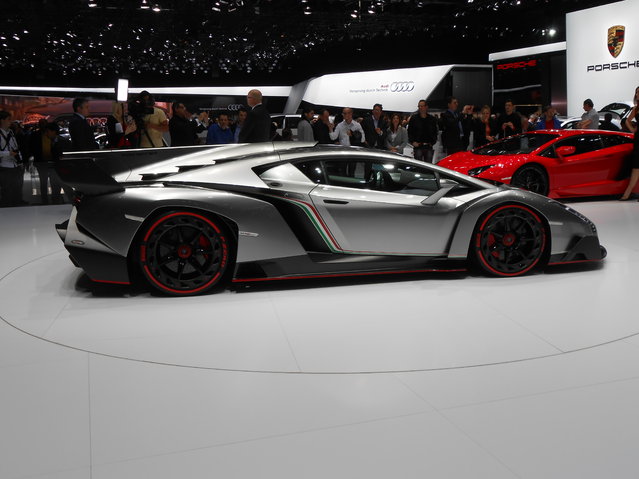 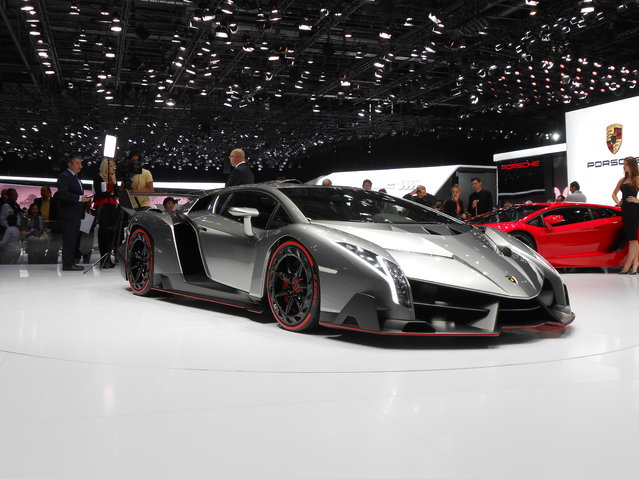 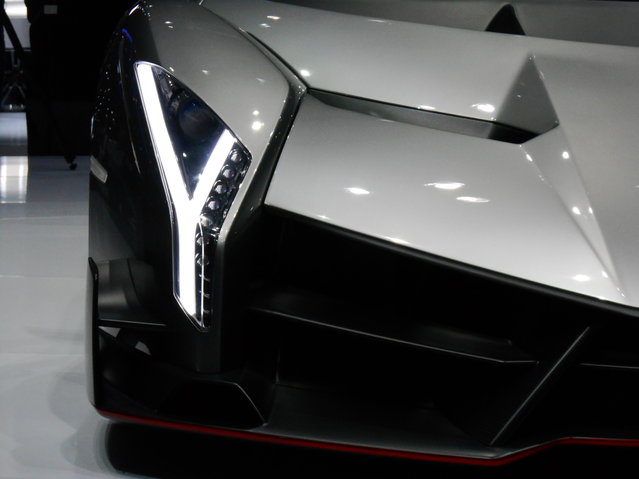 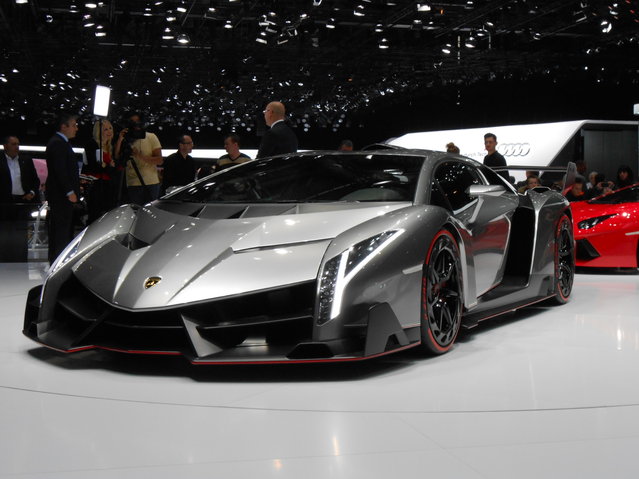 A Lamborghini Venenos on display at the Geneva Motor Show. (Photo by Luis Fernando Ramos/G1) 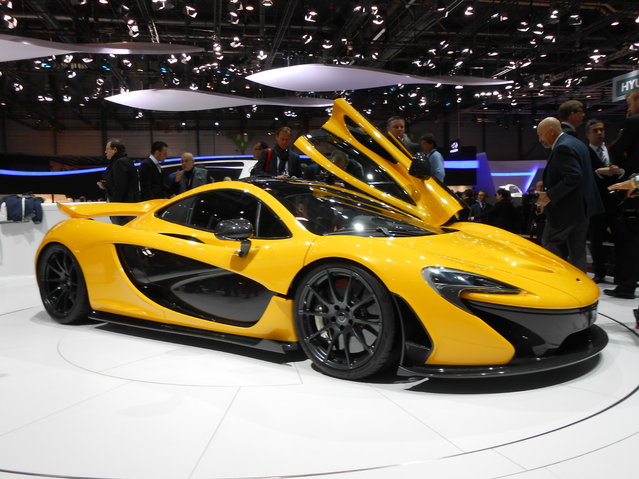 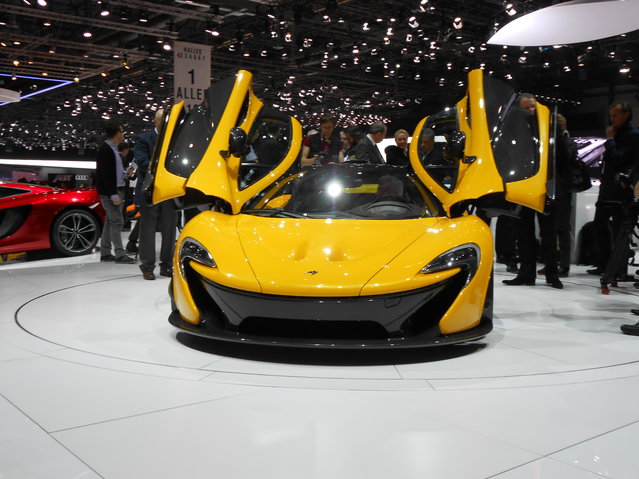 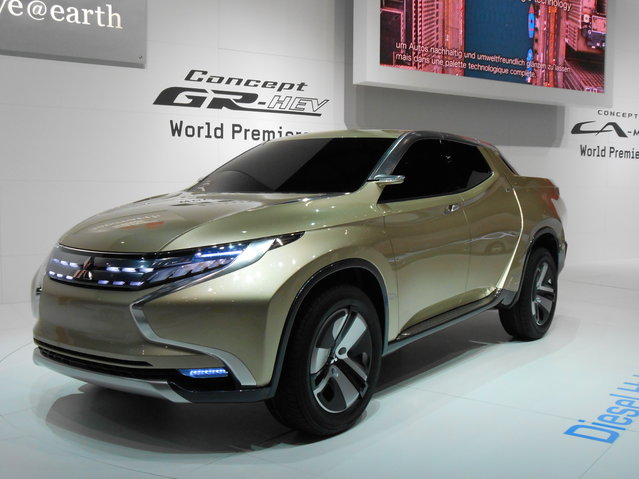 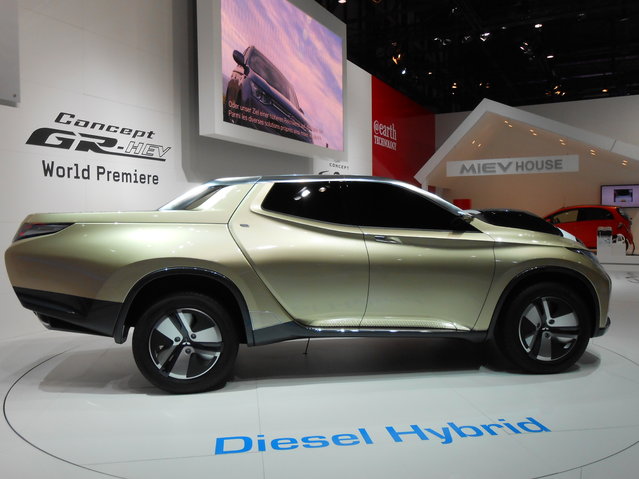 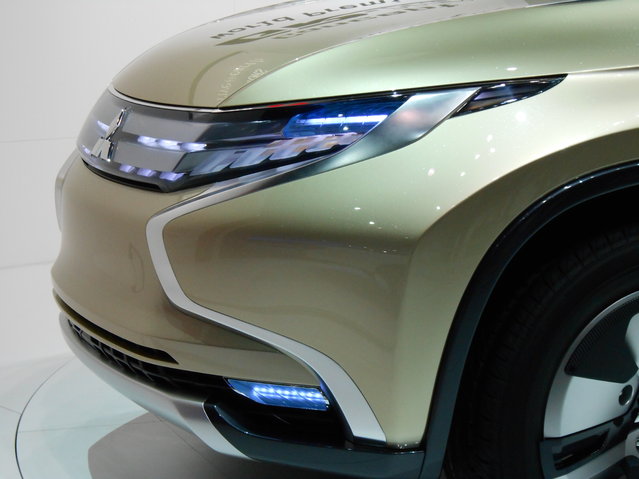 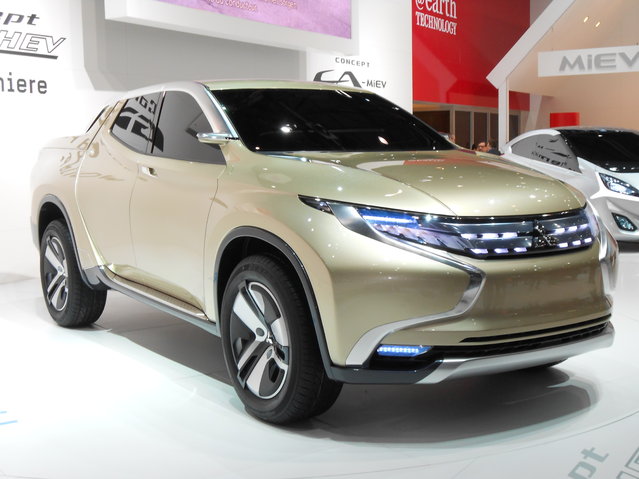 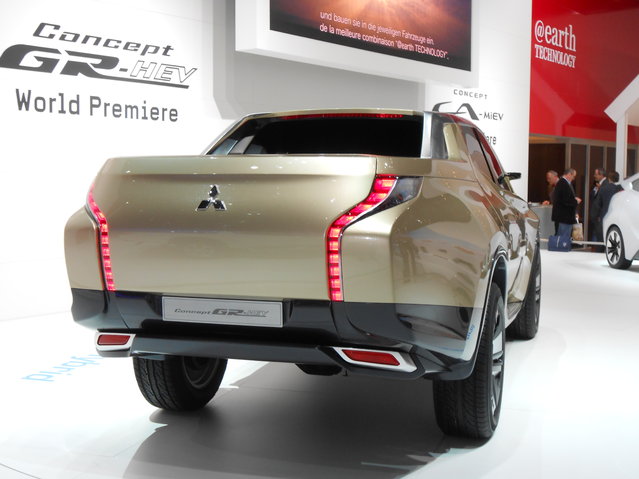 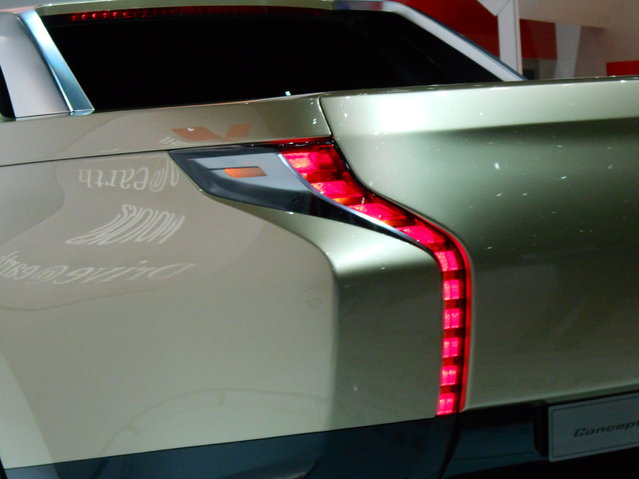 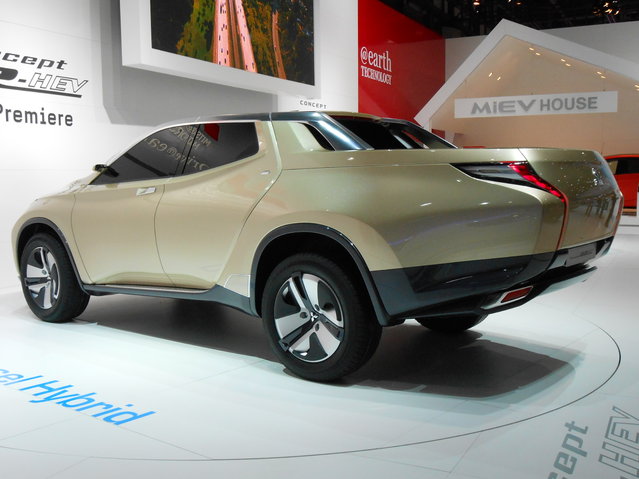 Mitsubishi GR-HEV Concept. The forward-thinking styling is backed up by an equally new-think hybrid system. A diesel 2.5-liter four-cylinder engine is paired with a “high-performance” electric motor and battery, and gets an advanced four-wheel-drive system. The driver can select from two rear-wheel-drive settings (regular and high efficiency) and two four-wheel-drive setups with the same choices. (Photo by Luis Fernando Ramos/G1) 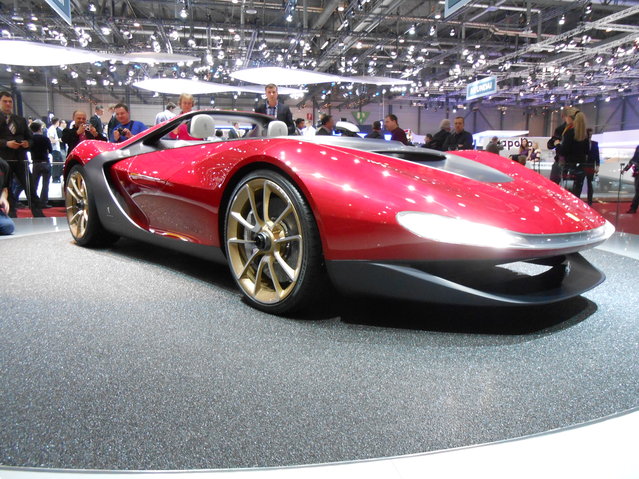 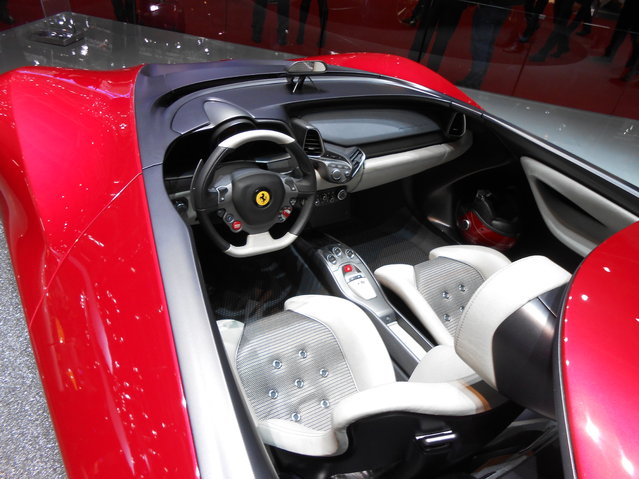 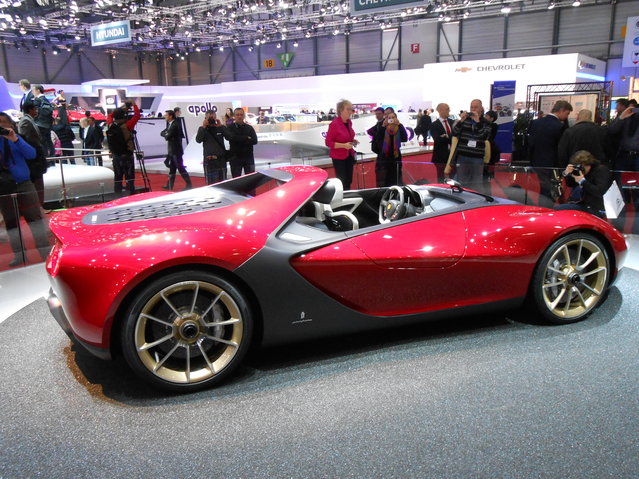 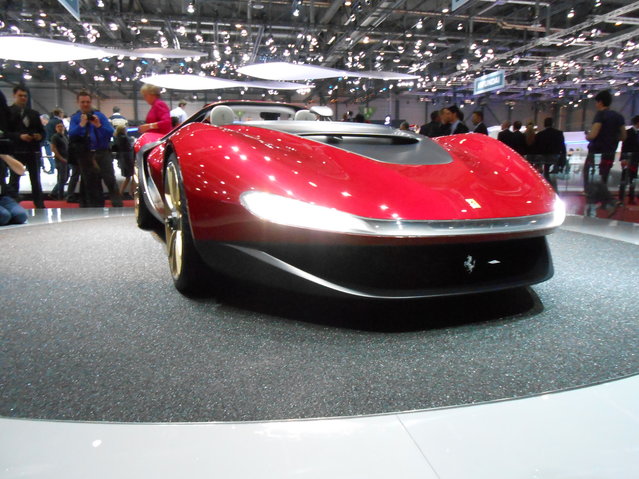 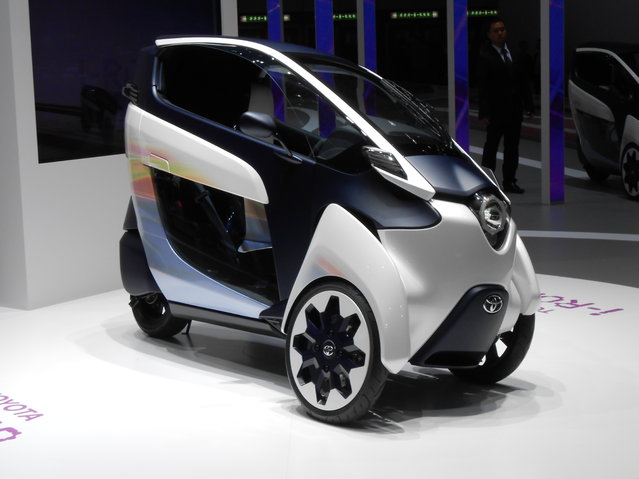 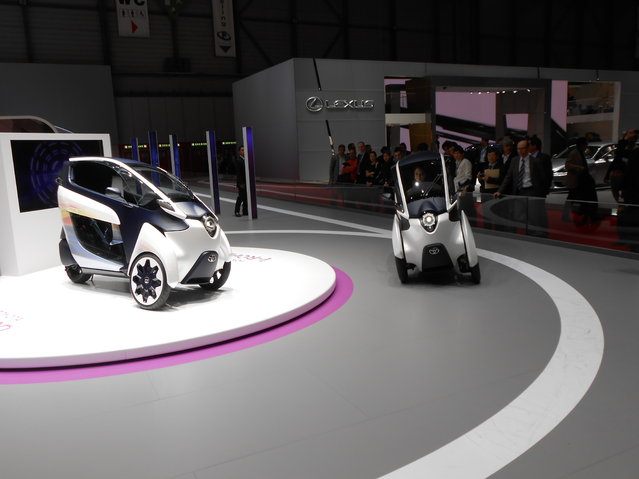 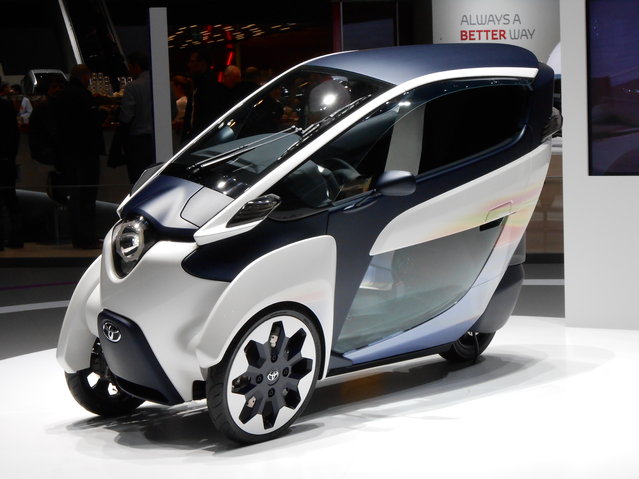 Toyota revealed its i-Road concept, a three-wheeled all-electric motorcycle of sorts that seats two. The unique design is only 33 inches wide, which would make it tops in buzzing in through and around traffic. An Active Lean system tilts the i-Road through corners like a motorbike, while the cabin (which seats two in a tandem layout) is fully enclosed. Maximum range is about 30 miles. (Photo by Luis Fernando Ramos/G1)
Edit Del
08 Mar 2013 12:29:00, post received 0 comments
Publication archive:
←   →
Popular tags:
All tags
Last searches: