Touching Nikon Small World Photomicrography Competition 2012
Most people know Nikon as a purveyor of pro and consumer-grade digital cameras. But the company's expertise with optics bleeds over into related markets – it's one of the science community's major suppliers of microscopes. And each year the company asks the community to send it some of their favorite images of tiny objects. A panel of scientists and journalists have chosen the best of this past year's submissions, which Nikon has placed on its Small World site. 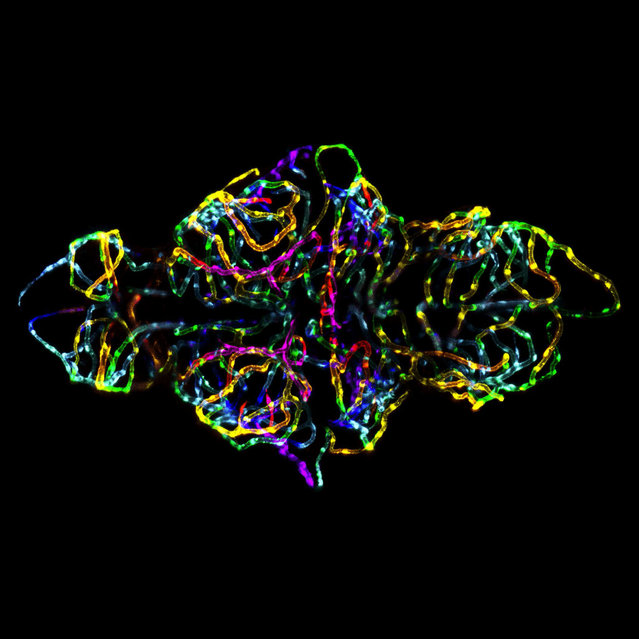 1st Place. “The blood-brain barrier in a live zebrafish embryo (20x)”. The blood-brain barrier plays a critical role in neurological function and disease. Drs. Peters and Taylor, developed a transgenic zebrafish to visualize the development of this structure in a live specimen. By doing so, this model proves that not only can we image the blood-brain barrier, but we can also genetically and chemically dissect the signaling pathways that modulate the blood-brain barrier function and development. To achieve this image, Peters and Taylor used a maximum intensity projection of a series of images acquired in the z plane. The images were first pseudo-colored with a rainbow palette based on depth so that the coloring scheme would be both visually appealing and provide spatial information. In doing so, Peters and Taylor captured an image that Peters says “not only captures the beauty of nature, but is also topical and biomedically relevant”. (Photo by Dr. Jennifer L. Peters & Dr. Michael R. Taylor, St. Jude Children’s Research Hospital Memphis, Tennessee, USA) 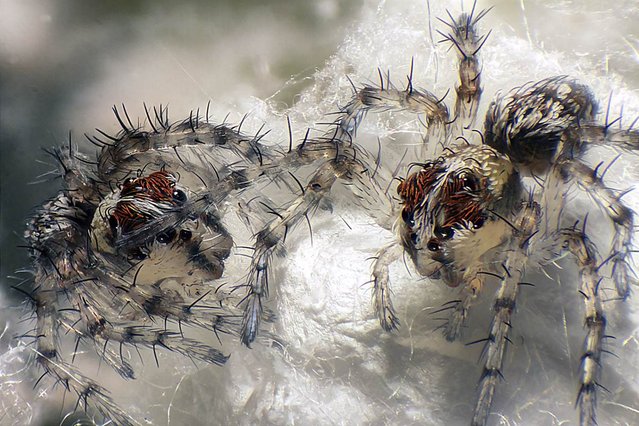 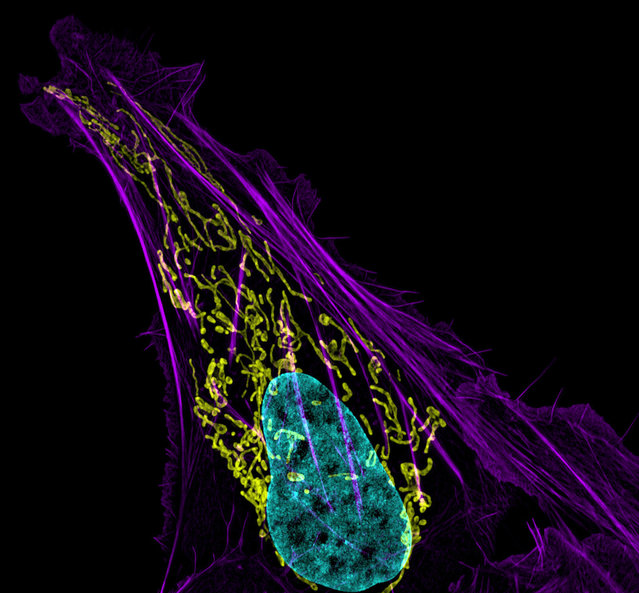 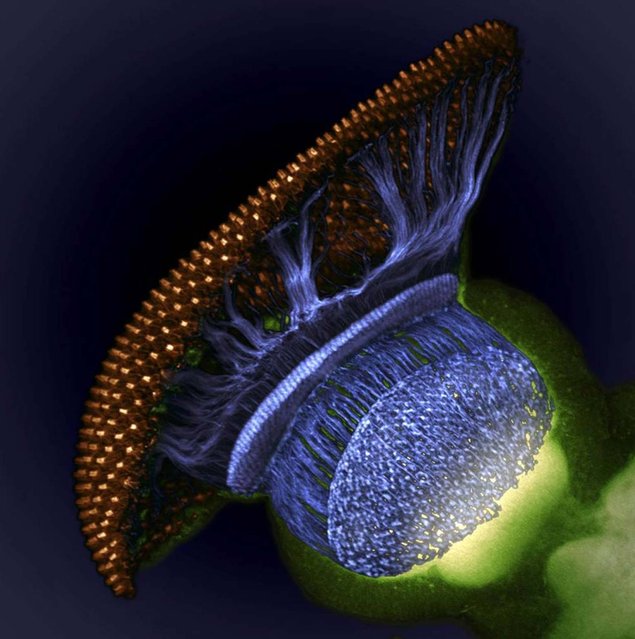 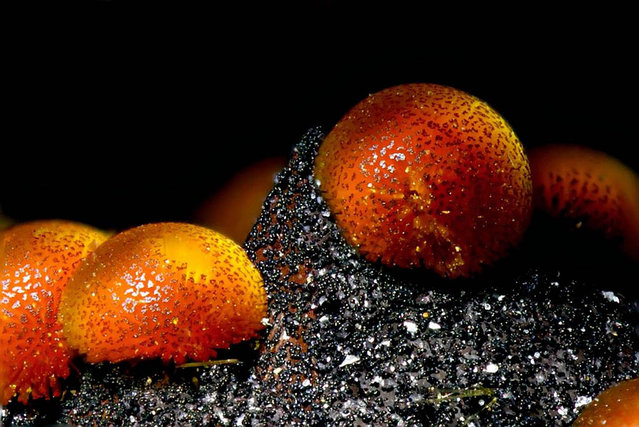 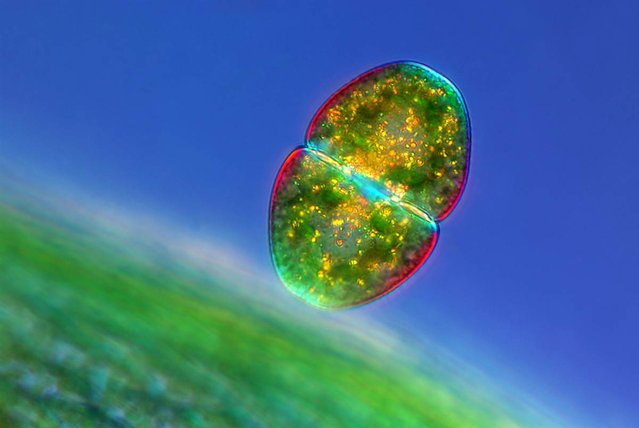 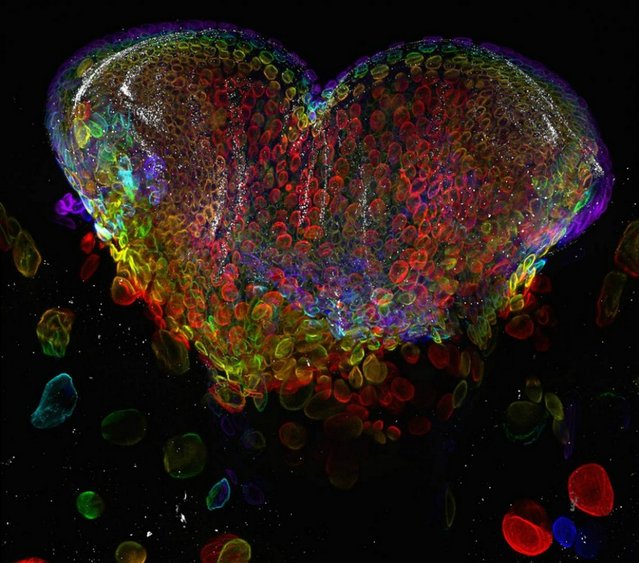 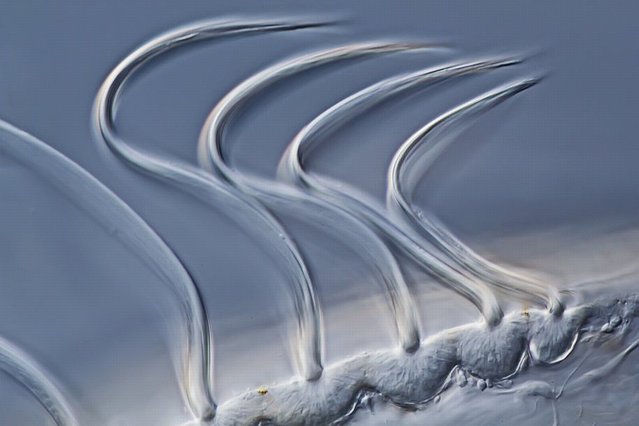 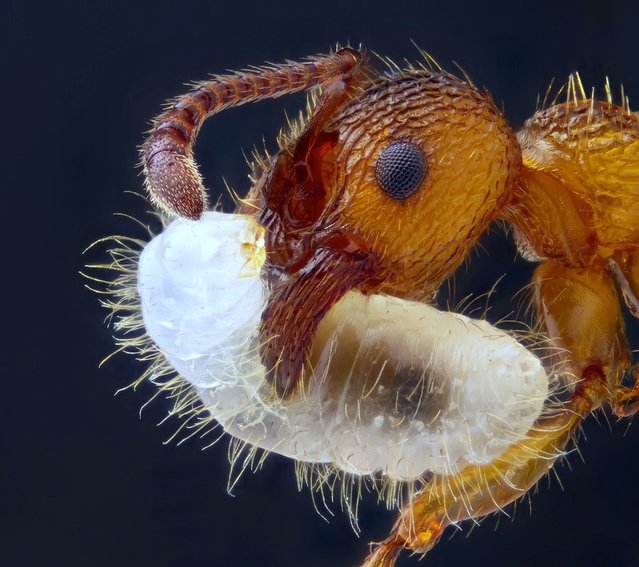 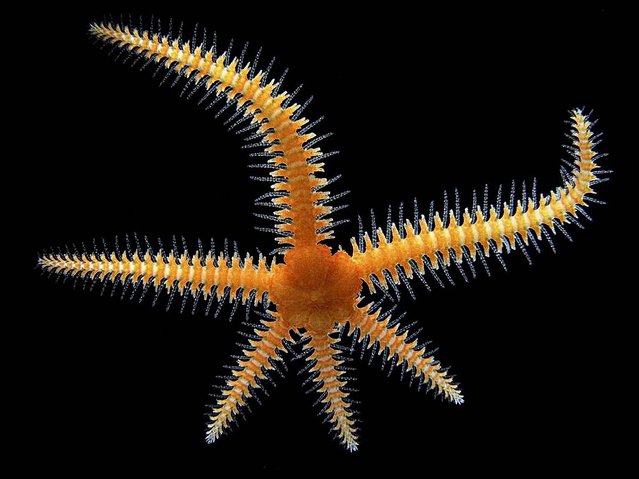 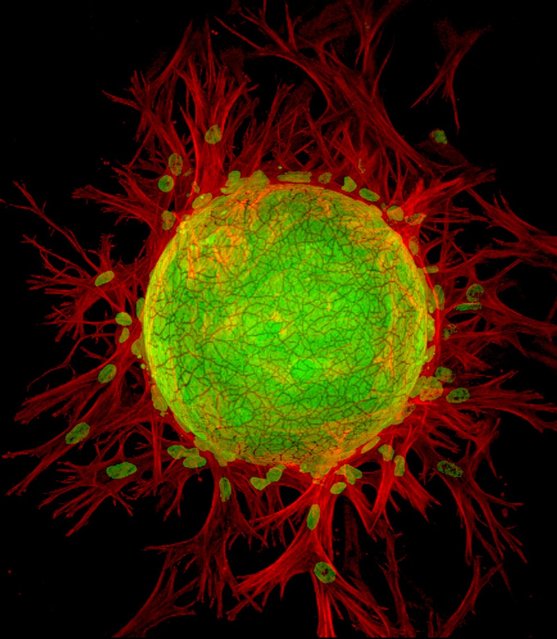 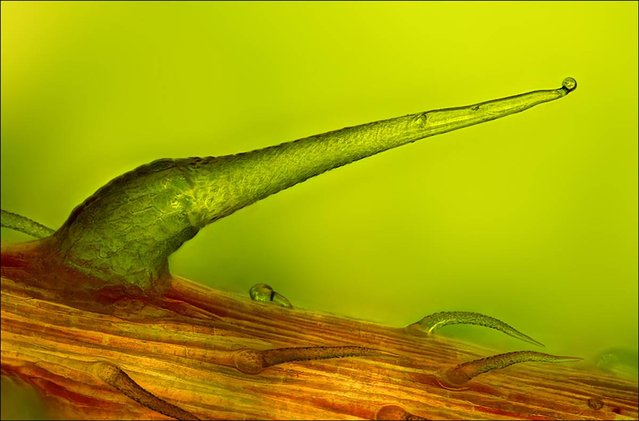 20th Place. “Embryos of the species Molossus rufus, the black mastiff bat. These images formed part of an embryonic staging system for this species”. (Photo by Dorit Hockman, University of Cambridge, Department of Physiology, Development and Neuroscience, Cambridge, United Kingdom) 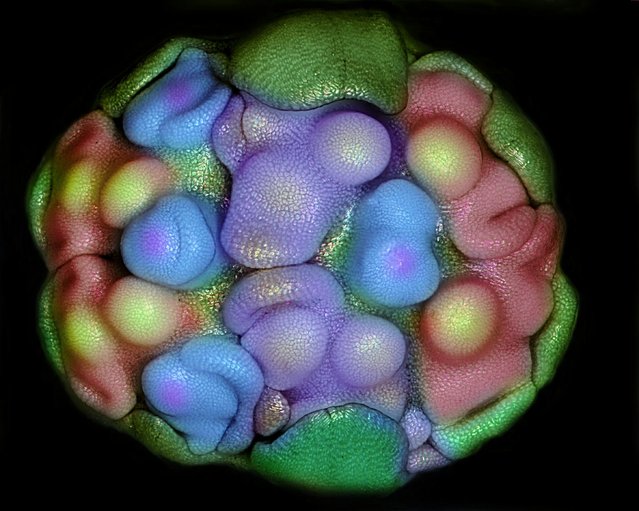 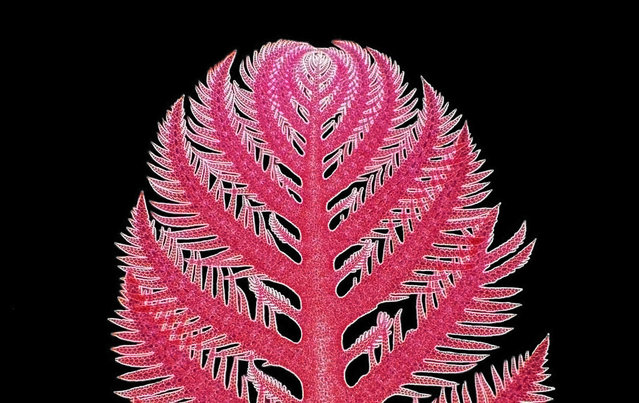 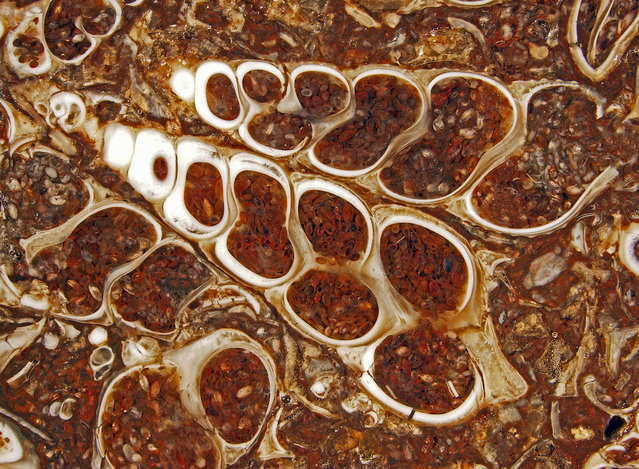 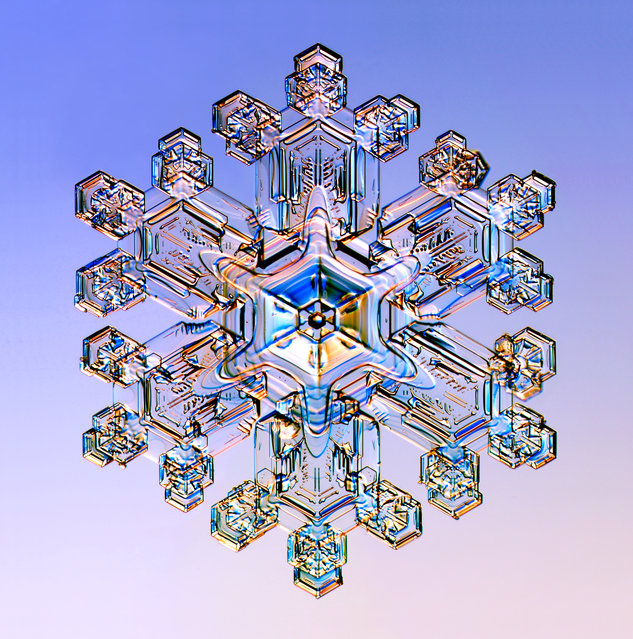