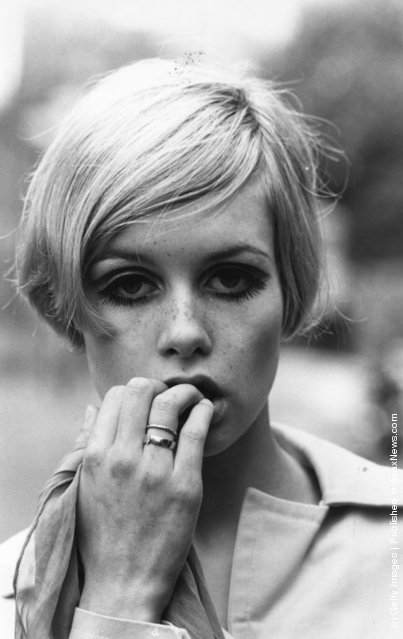 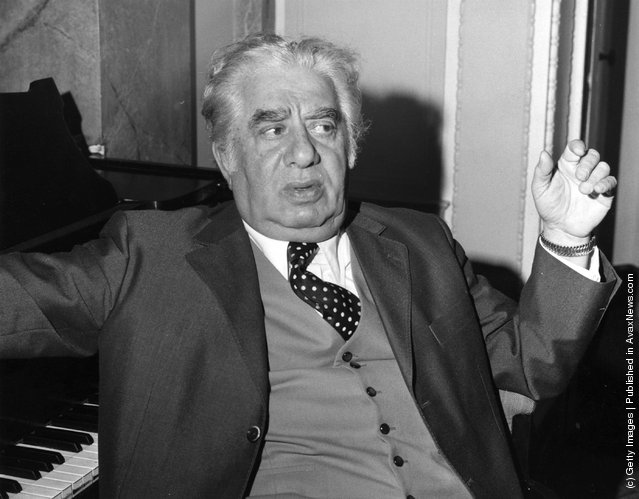 Russian composer Aram Khatchaturian (1903–1978) at the Dorchester Hotel on a rare visit to England for two concerts at the Royal Albert Hall. Khatchaturian became a student of folksong and an authority on oriental music and composed symphonies, ballets, film and instrumental music. (Photo by Central Press/Getty Images). 1977 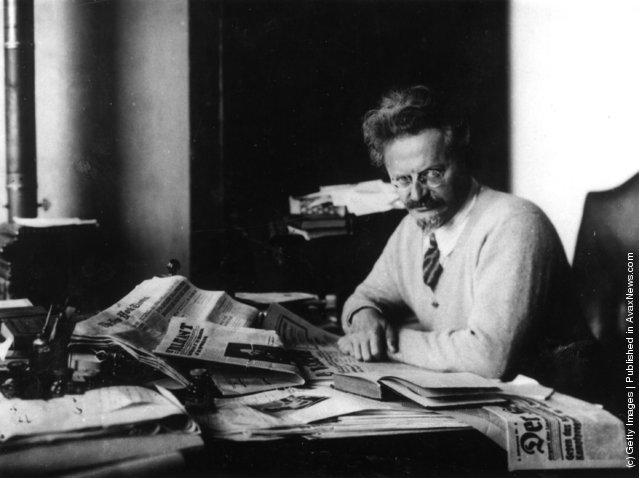 Russian revolutionary Leon Trotsky (1879–1940) working on his book “The History of the Russian Revolution” in his study at Principe, Gulf of Guinea. (Photo by Hulton Archive/Getty Images). 1931 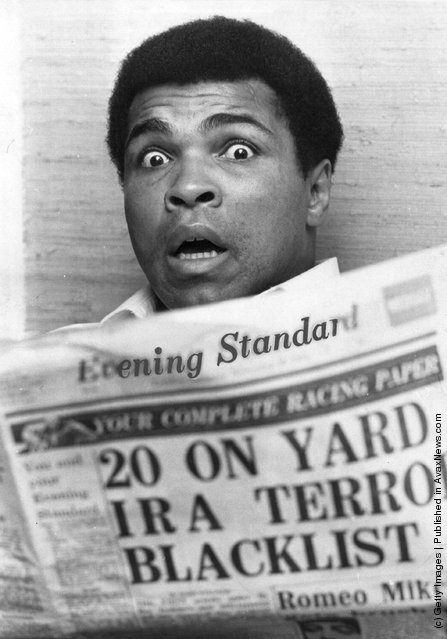 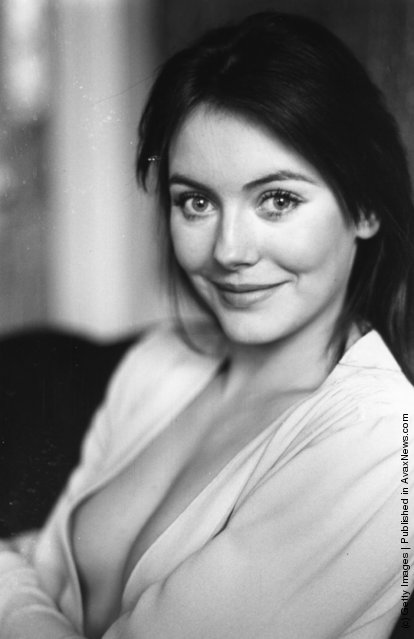 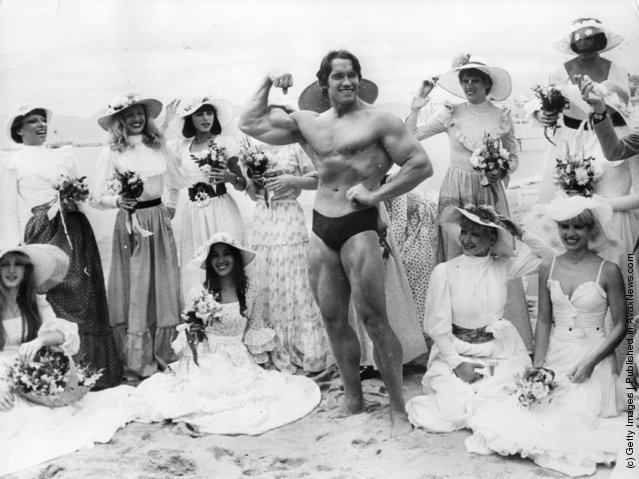 Arnold Schwarzenegger, the film actor who first became famous as Mr. Universe for his magnificent physique, on Cannes beach during the Film Festival with the girls from the Folies Bergere. (Photo by Keystone/Getty Images). 1977 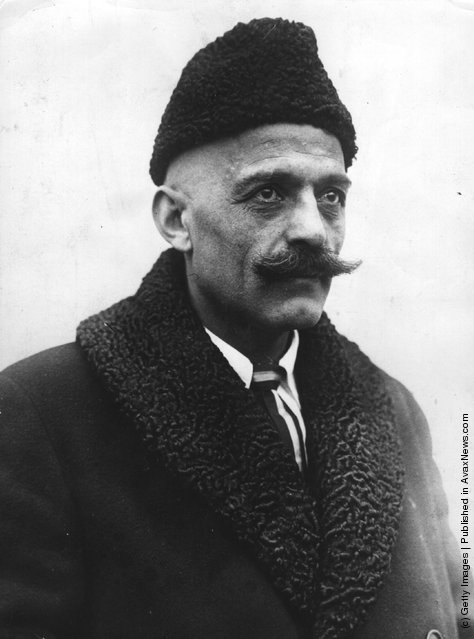 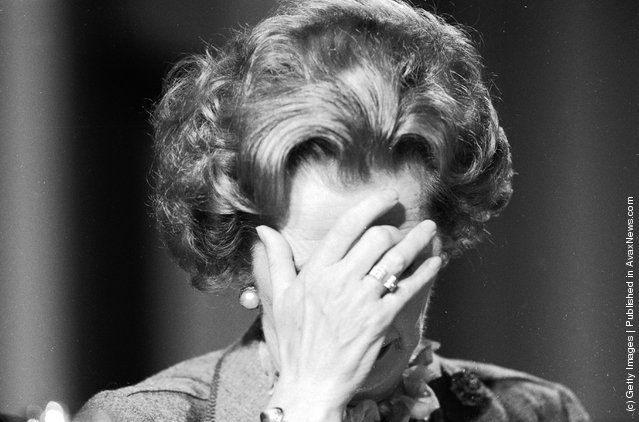 British prime minister Margaret Thatcher covering her face with her hand at the 1985 Conservative Party Conference. (Photo by Keystone/Getty Images) 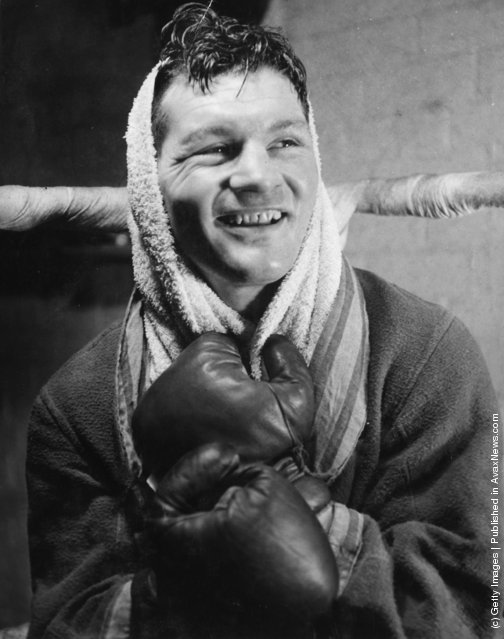 Btritish heavyweight boxer Bruce Woodcock in cheerful mood after a training session at his gym in Doncaster, Yorkshire. He is preparing for his fight against American Lee Savold from which he was forced to retire in the fourth round with a cut eye. (Photo by George Konig/Keystone Features/Getty Images). April 1950 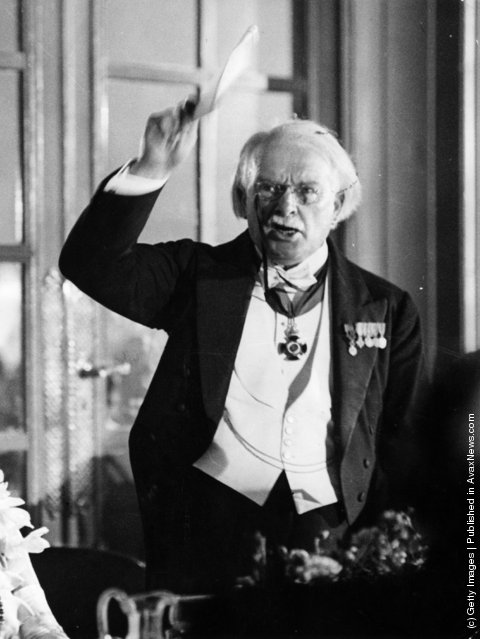 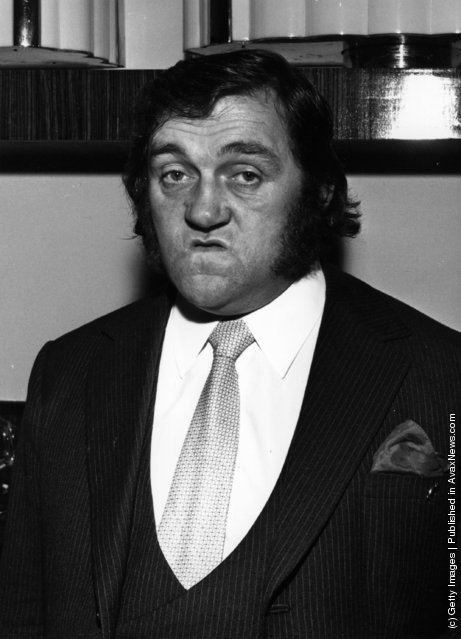 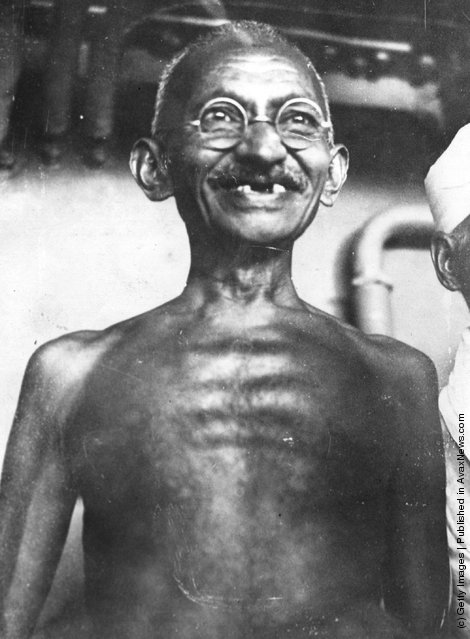 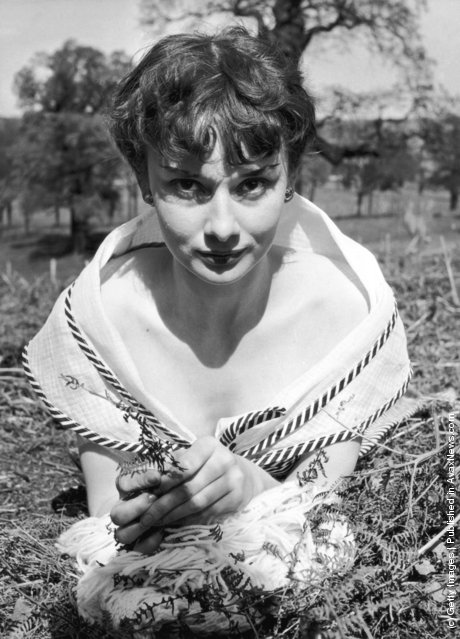 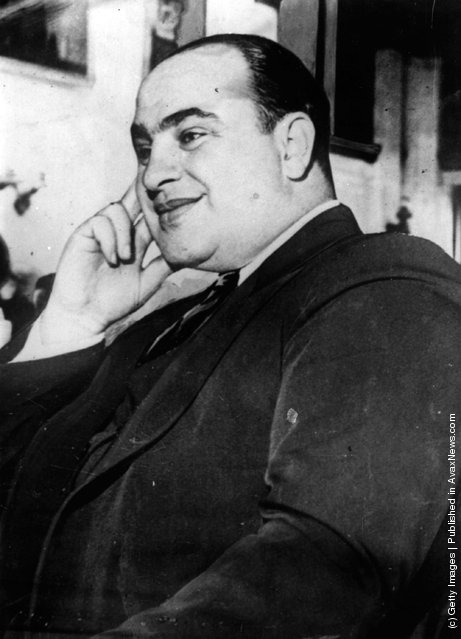 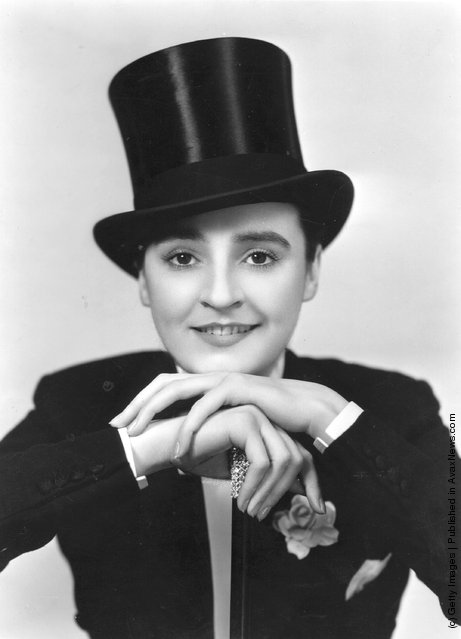 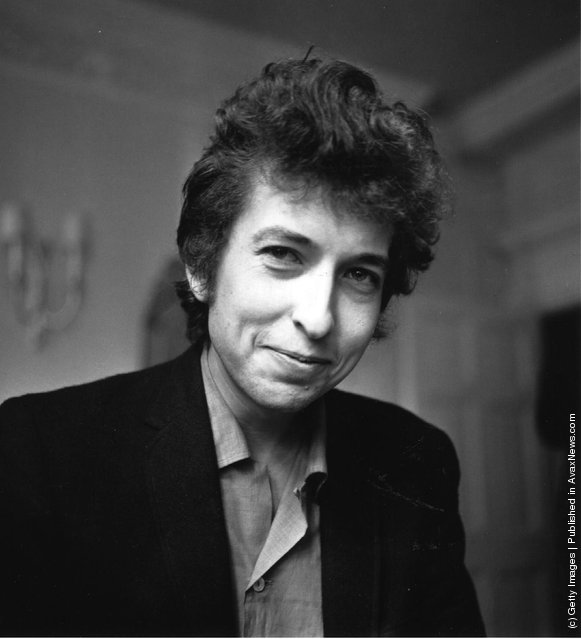 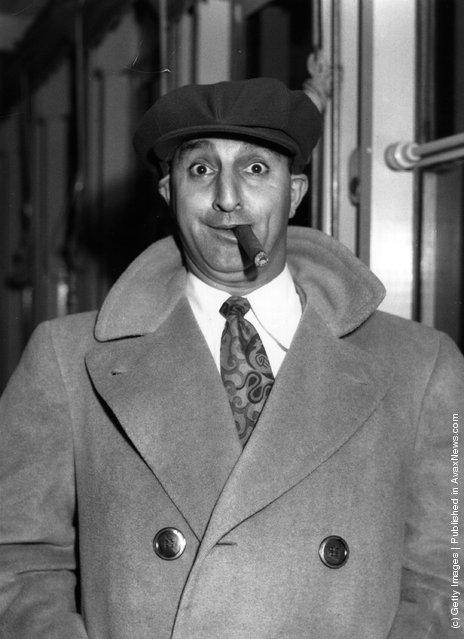 US actor, comedian and producer Danny Thomas (1914–1991) smoking a cigar aboard SS America on arrival at Southampton. (Photo by Keystone/Getty Images). 23rd March 1950 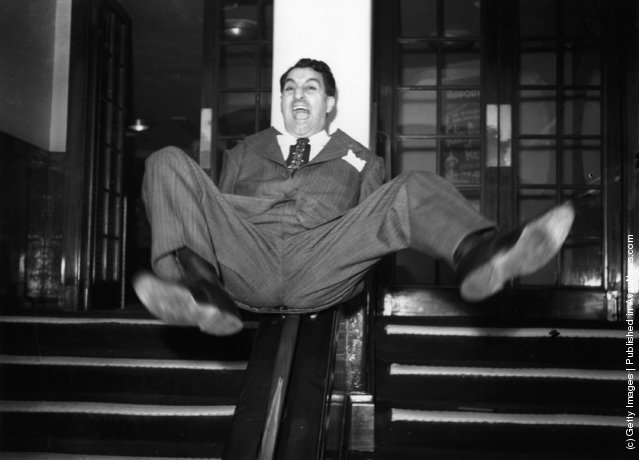 American comedian and actor Danny Thomas (1912–1991) sliding down the bannisters at a reception given in his honour at the Prince of Wales Theatre, London. (Photo by Edward Miller/Keystone/Getty Images). 23rd May 1950 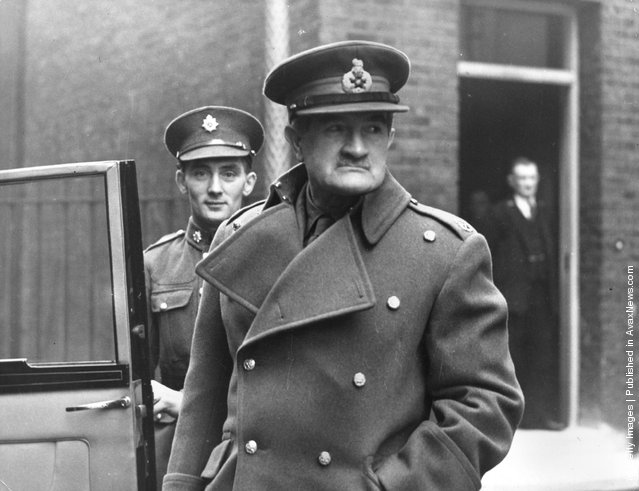 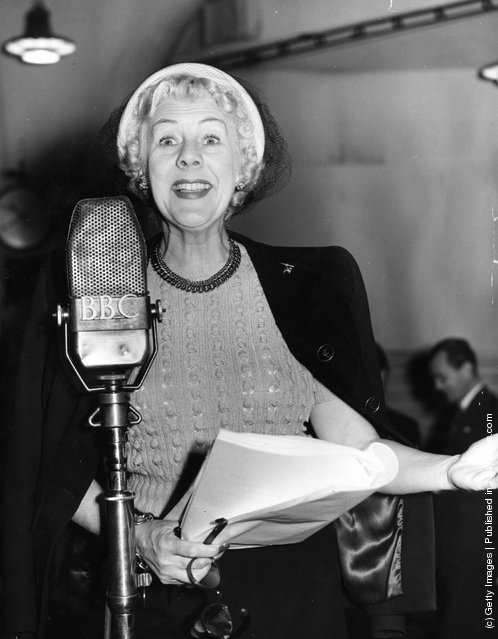 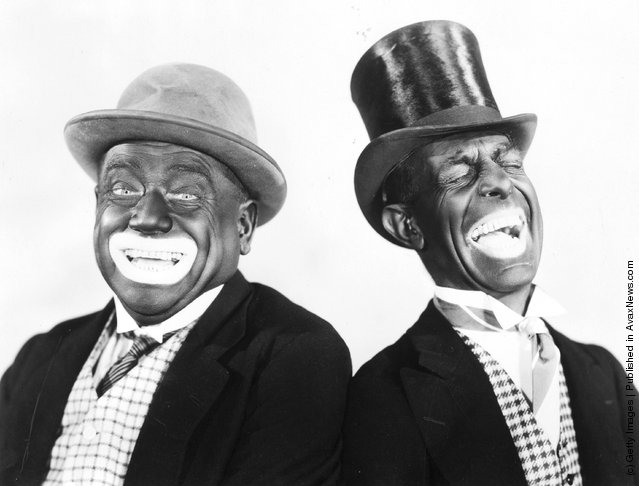 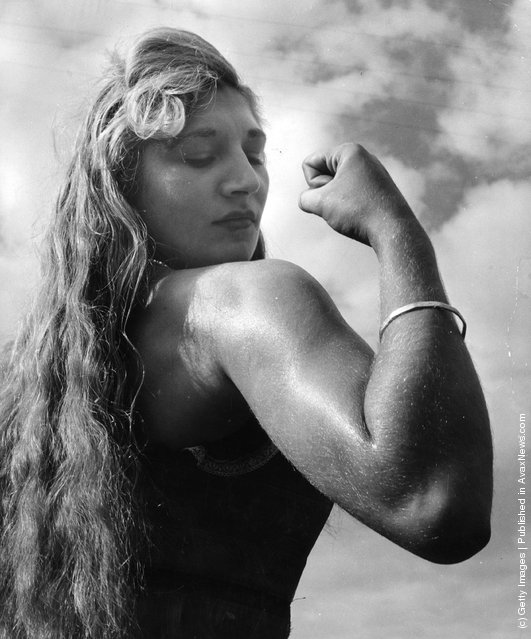 Twenty-one year old Alice Penfold, a professional strong woman from Bury, near Pulborough, Sussex, flexes her biceps. She can tear telephone directories in half and lift a 146 lb woman with her teeth. (Photo by Chris Ware/Keystone Features/Getty Images). September 1953 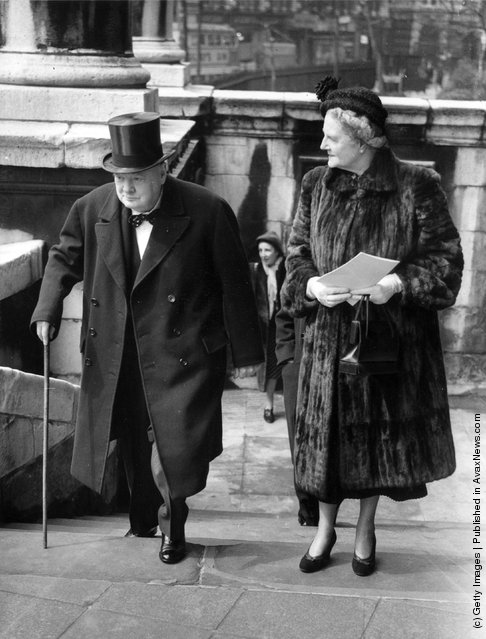 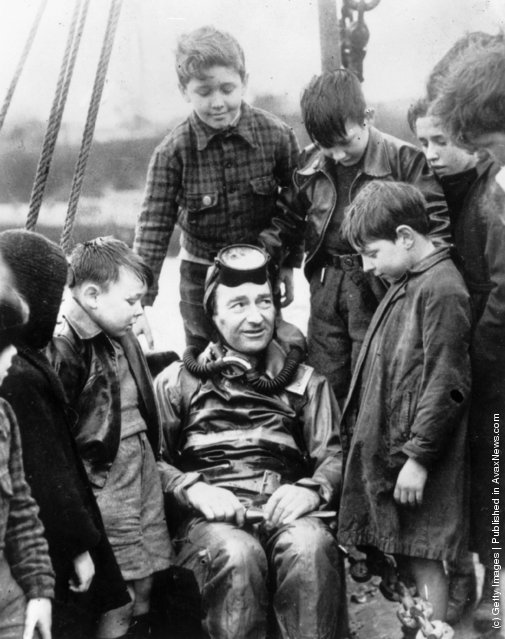 Naval expert and frogman, Lionel “Buster” Crabb, relating some of his experiences to an attentive audience of schoolchildren in Tobermory, on the Island of Mull. (Photo by Keystone/Getty Images). 13th April 1950 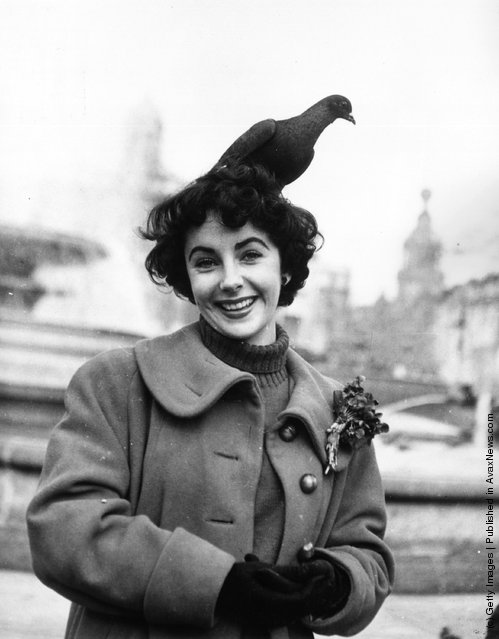 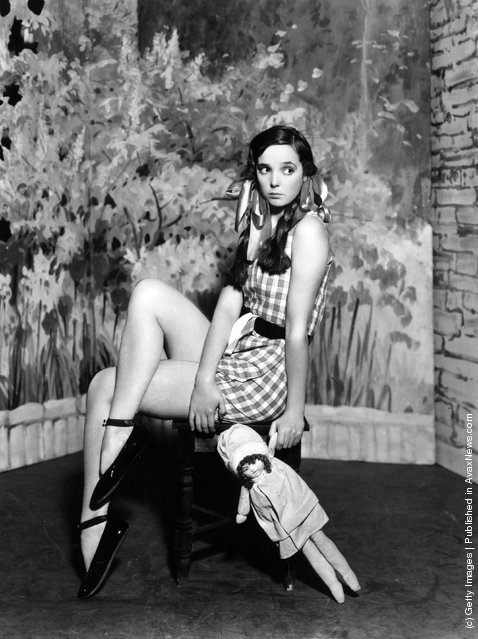