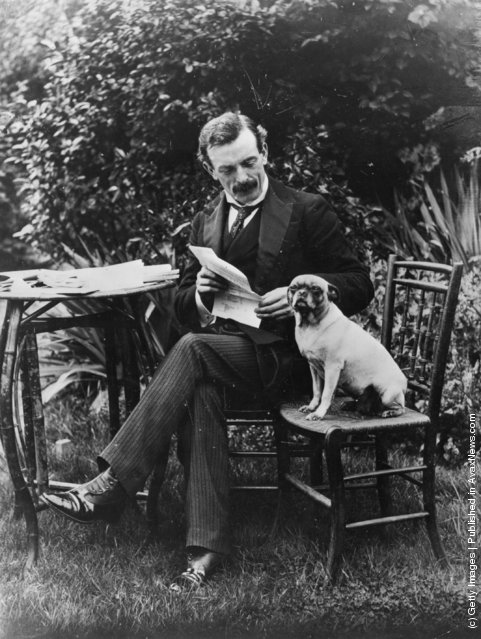 Politician and Liberal prime minister David Lloyd George (1863–1945), with his dog in the garden. (Photo by Mills/Hulton Archive/Getty Images). Circa 1904 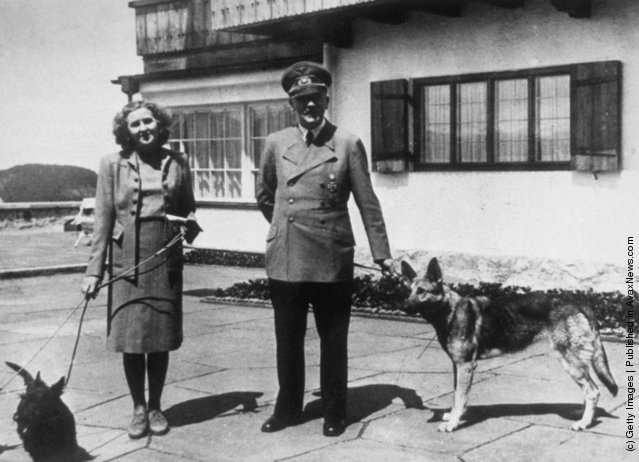 Hitler with Eva Braun, his supposed wife, photographed with their dogs at Berchtesgaden. The picture is from a photograph album belonging to Eva Braun, discovered by the Americans at Frankfurt. (Photo by Keystone/Getty Images). Circa 1940 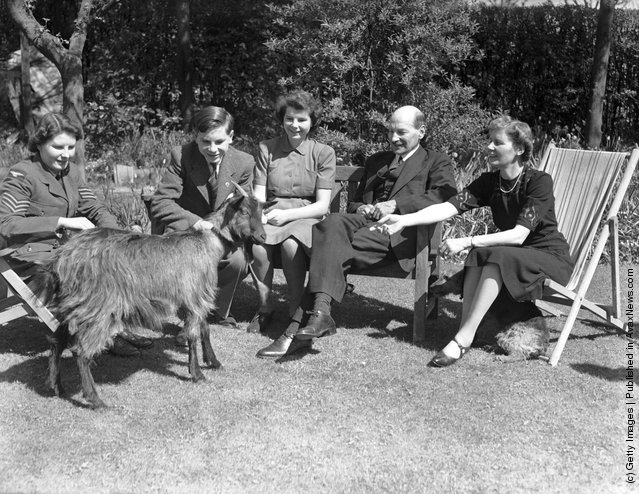 British Deputy Prime Minister Clement Attlee (1883–1967) with his wife, three of their children and their pet goat Mary, in the garden at their home in Stanmore, Middlesex, April 1943. Left to right: Janet Attlee, Martin Attlee (1927–1991), Felicity Attlee (1925–2007), Clement Attlee and his wife Violet (1885–1964). (Photo by Horace Abrahams/Keystone Features/Hulton Archive/Getty Images) 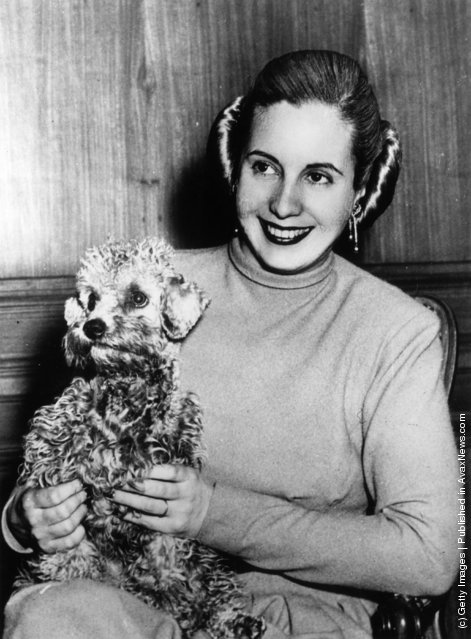 Former actress and wife of the Argentinian president, (Maria) Eva Duarte Peron (1919–1952), popularly known as “Evita”, holding her pet dog at her home in Olivos, a suburb of Buenos Aires. (Photo by Keystone/Getty Images). 10th October 1950 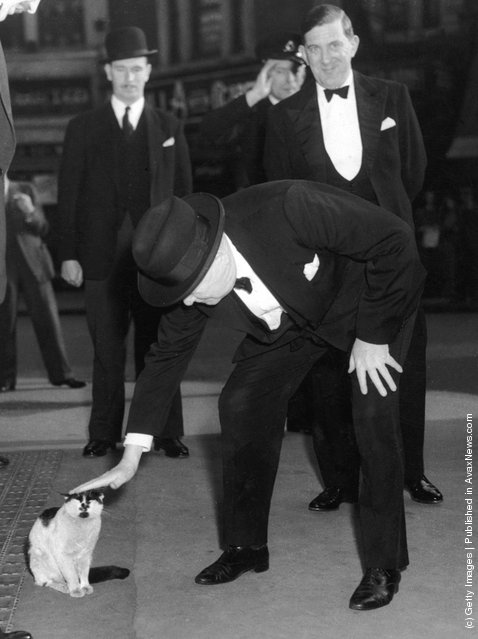 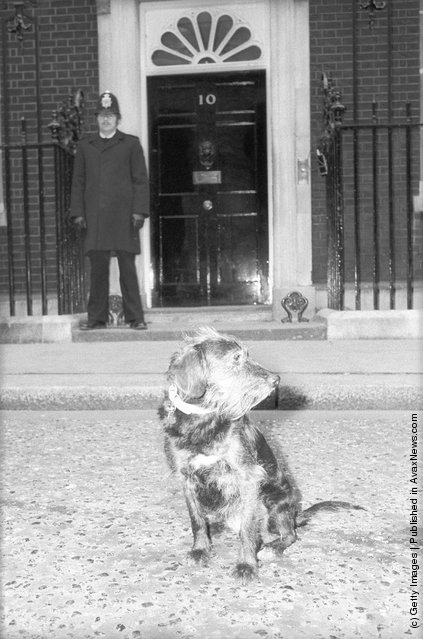 Tessa the dog outside the prime minister's residence at 10 Downing St protesting against the proposal to increase the cost of her licence. Her owner, Lady Kirkley, said, “There will be many old people who may not be able to pay”. (Photo by Colin Davey/Evening Standard/Getty Images). 10th January 1980 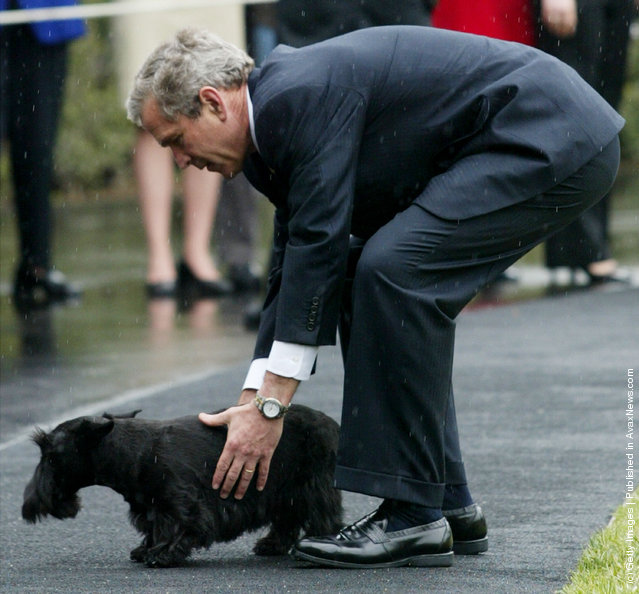 U.S. President George W. Bush tries to hold his dog Barney April 9, 2002 as he returns from Connecticut to the White House in Washington, DC. (Photo by Alex Wong/Getty Images) 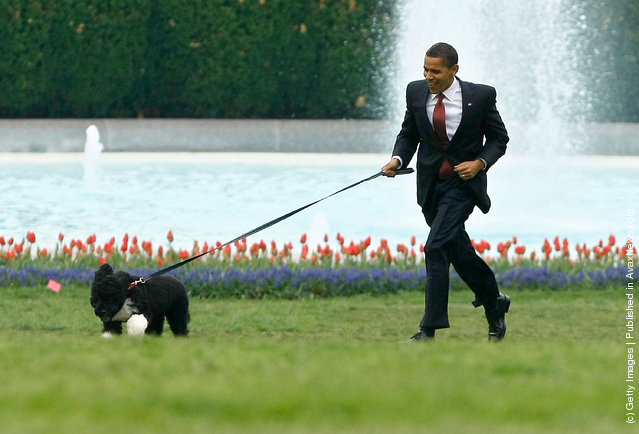 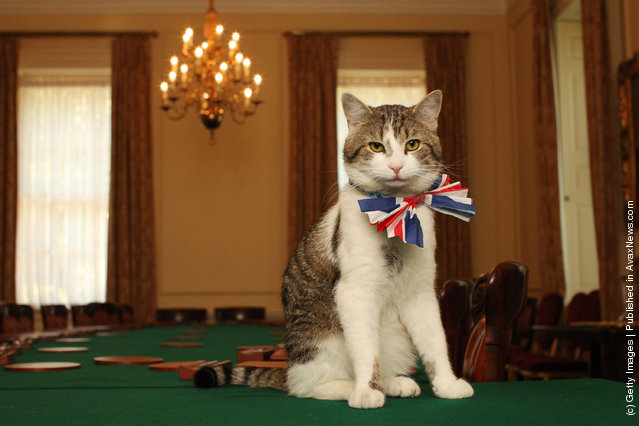