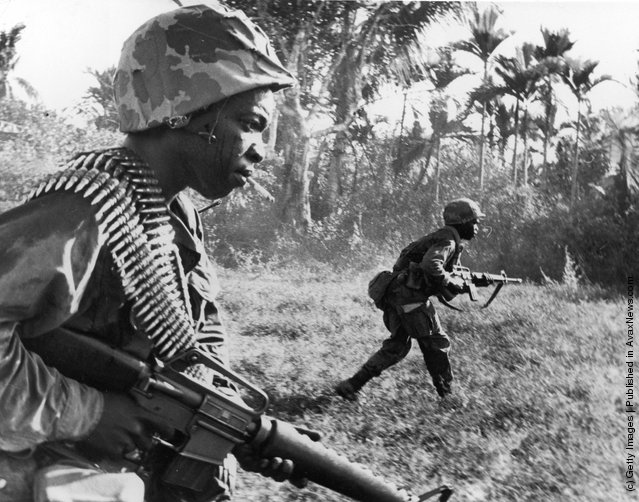 US riflemen from the 173rd Airborne Brigade charge toward Viet Cong positions, holding machine guns in a wooded area of War Zone D during the Vietnam War, March 21, 1967. (Photo by U.S. Army/Getty Images) 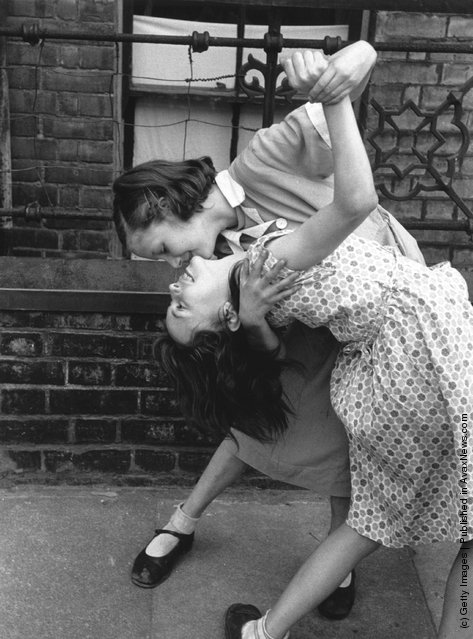 Two young girls dancing together in the street. (Photo by Thurston Hopkins/Getty Images). 1954 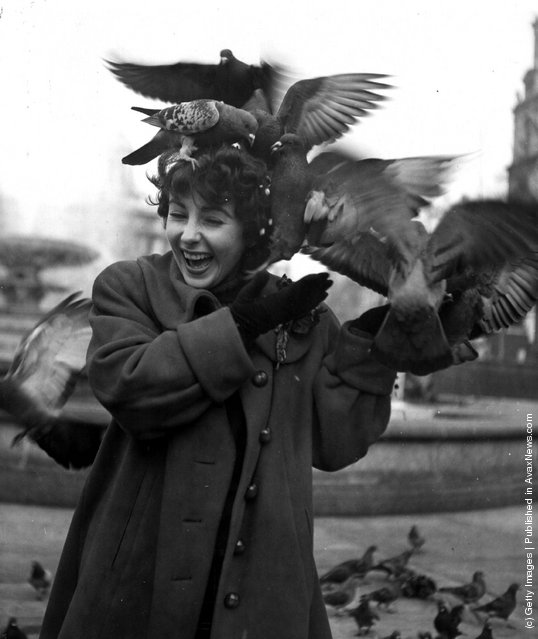 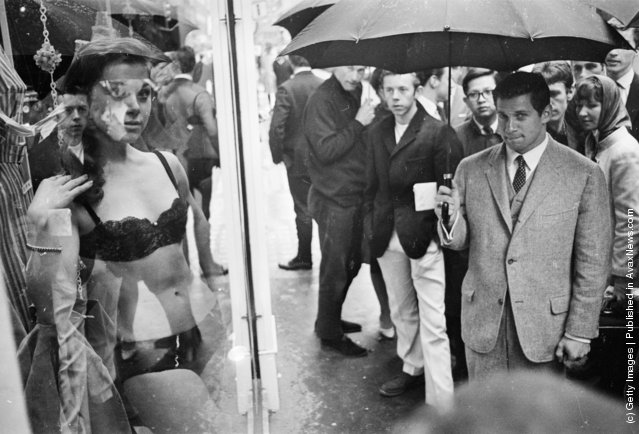 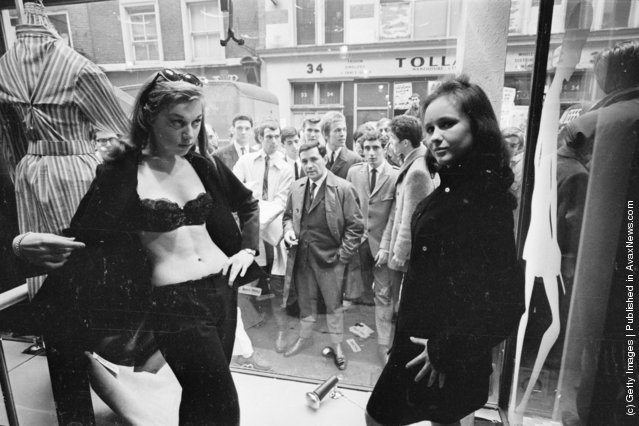 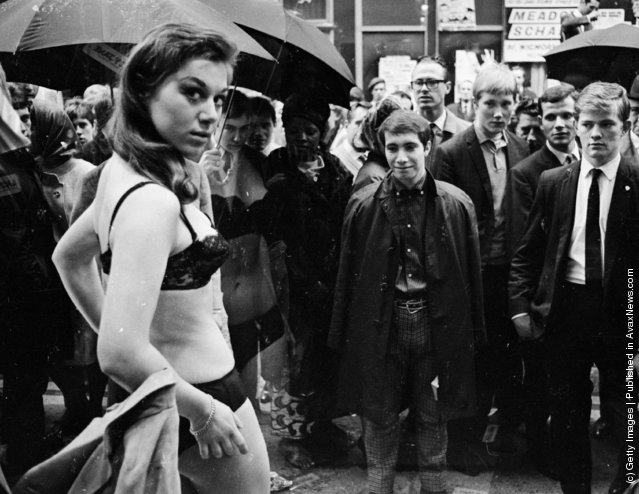 A model takes part in a raunchy photoshoot in the window of a new Henry Moss boutique in London's fashionable Carnaby Street. (Photo by Peter Dunne/Express/Getty Images). 11th May 1966 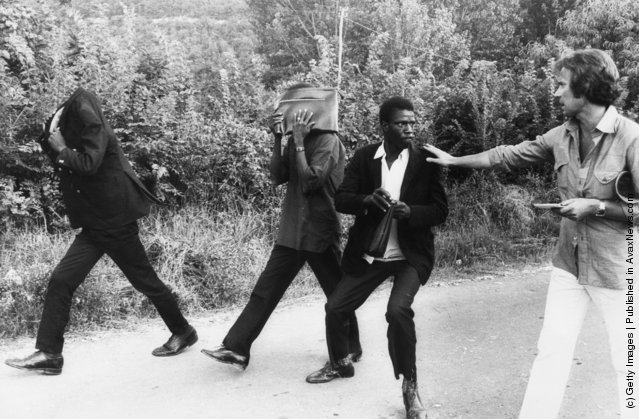 Two African refugees hide their faces while another lunges threateningly towards a reporter outside a camp at Farfa, near Rome, where the men have been placed pending inquiries about a smuggling ring taking African refugees into Europe illegally. (Photo by Keystone/Getty Images). July 1972 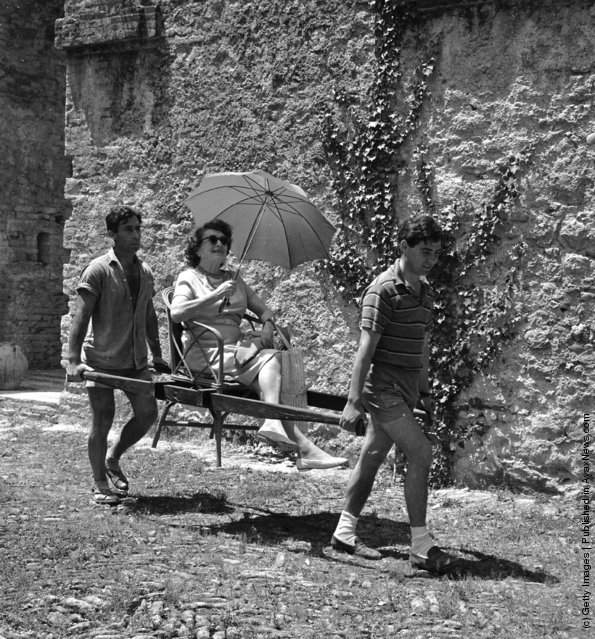 Mrs Caresse Crosby takes a luxury ride around the grounds of Roccasinibalda, her vast estate just outside Rome. After restoring the crumbling building, which dates back to the Renaissance, she turned it into a residential centre for artists. (Photo by Keystone Features/Getty Images). 25th July 1964 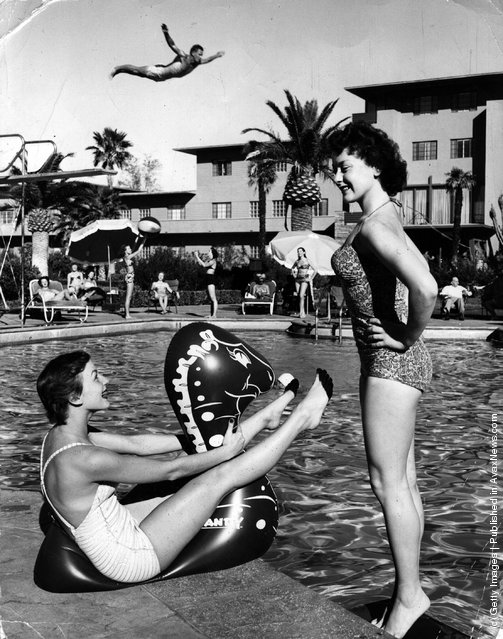 Two young women enjoying themselves by the pool at a Las Vegas holiday resort, while a man performs a spectacularly high dive in the background. (Photo by Keystone/Getty Images). Circa 1955 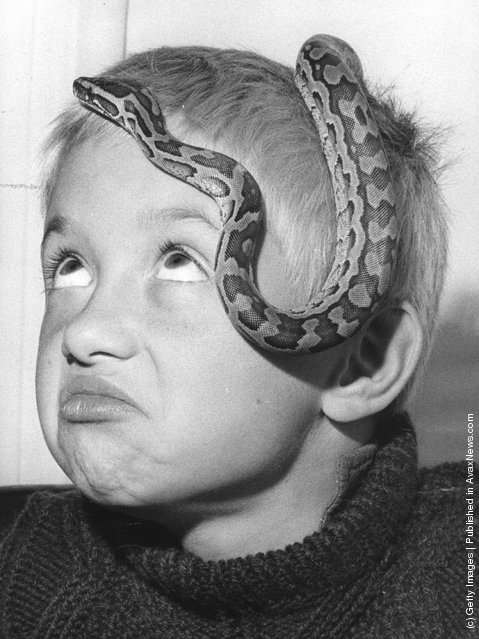 Nine-year-old Barry Miller appears none too impressed with the movements of an African Rock Python which is exploring his scalp. (Photo by Keystone/Getty Images). 27th August 1961 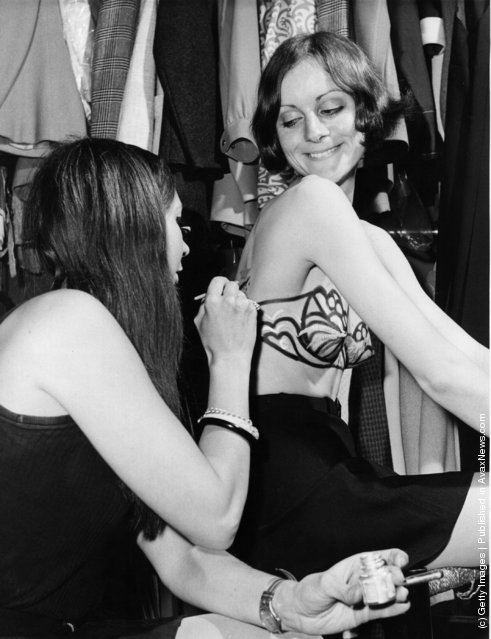 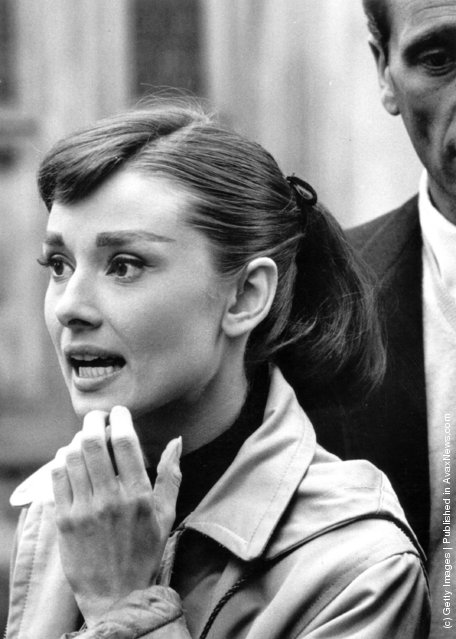 Belgian-born actress Audrey Hepburn (1929–1993), who is in Paris for the filming of the Paramount musical “Funny Face”. (Photo by Bert Hardy/Picture Post/Getty Images). 7th June 1956 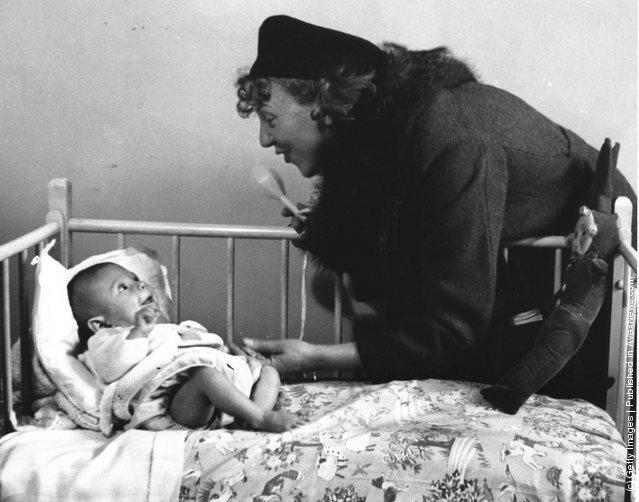 A baby amused by a woman shaking a rattle at the Babies Hostel, Connaught House, London, run by the National Adoption Society. The woman is to be the baby's adoptive mother. (Photo by Felix Man/Picture Post/Getty Images). 15th October 1938 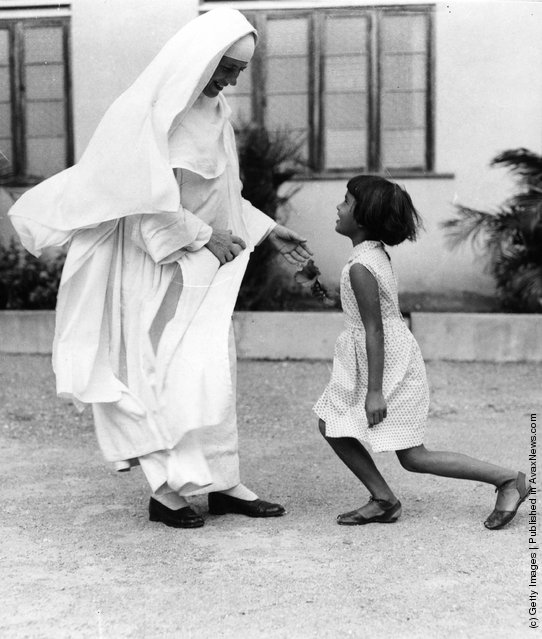 The Mother Superior of Belmont Orphanage, Trinidad, teaches six-year-old Pamela Khan how to curtsey. She is to make a presentation to Princess Margaret who is shortly to visit the island. (Photo by Keystone/Getty Images). 1st February 1955 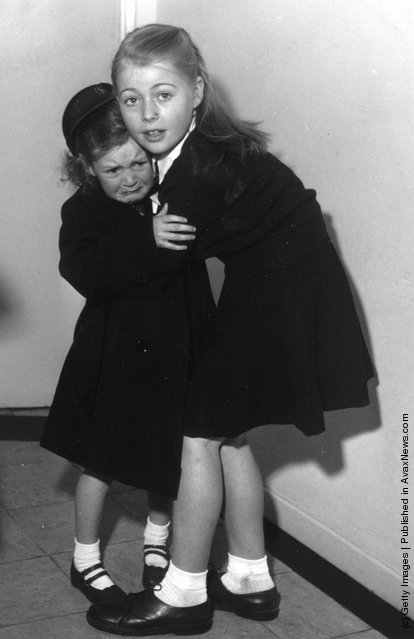 The first day at school can be very daunting for an infant. (Photo by Chris Ware/Keystone Features/Getty Images). September 1960 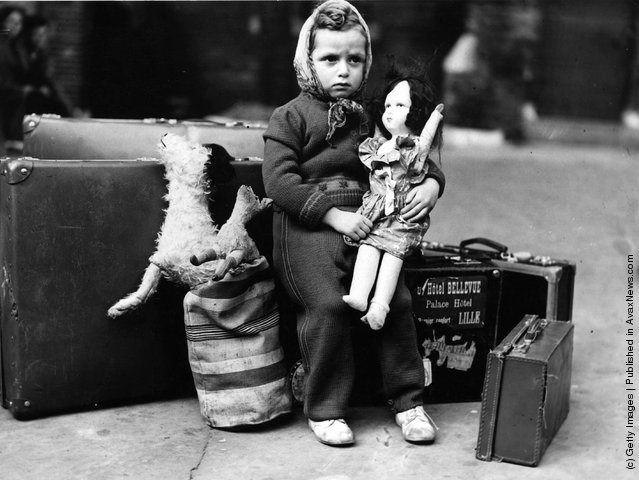 A little girl waiting nervously with her doll and luggage, before leaving London for her billet, during the Second World War. (Photo by David Savill/Topical Press Agency/Getty Images). 18th May 1940 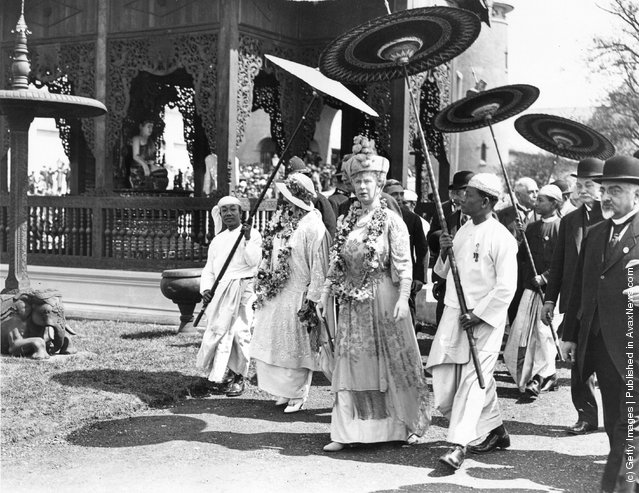 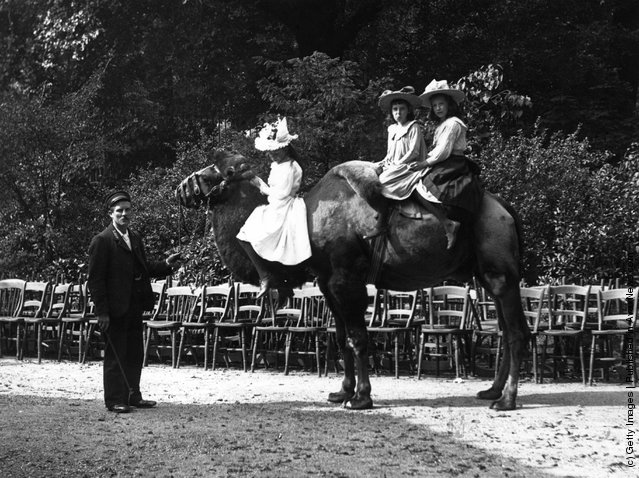 Three young girls taking a ride on a camel in London Zoo, one girl is sitting on its neck. A keeper has hold of the camel. (Photo by London Stereoscopic Company/Getty Images). Circa 1890 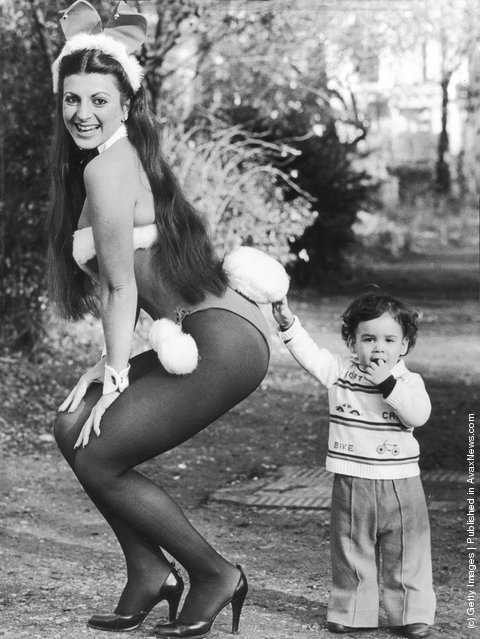 Two-year-old Susie Paz strokes the tale of Playboy Club bunny girl Genevieve Allenbury. Genevieve is about to take part in a sponsored swim to raise money for the Child Development Centre at the West London Hospital. (Photo by Stuart Nicol/Evening Standard/Getty Images). 1979 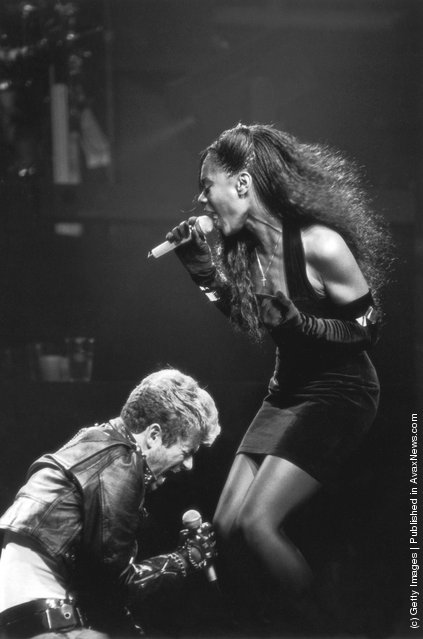 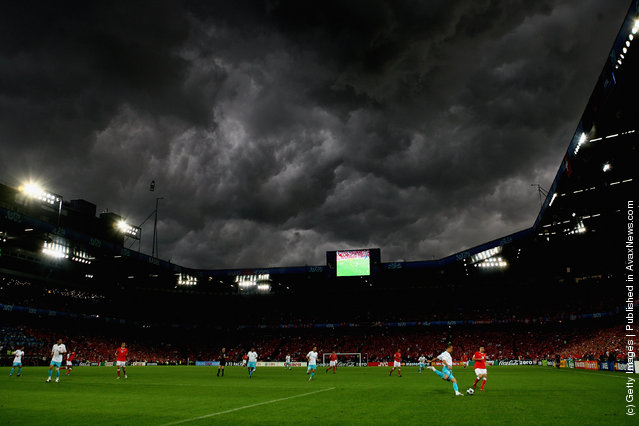 Imposing dark clouds are pictured over the stadium during the UEFA EURO 2008 Group A match between Switzerland and Turkey at St. Jakob-Park on June 11, 2008 in Basel, Switzerland. (Photo by Laurence Griffiths/Getty Images) 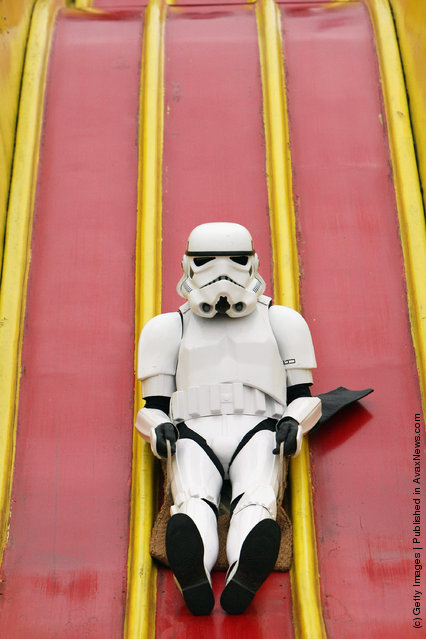 A Storm Trooper rides a giant slide at “The Amazing Great Children's Party” in Battersea Park on July 2, 2008 in London, England. (Photo by Dan Kitwood/Getty Images) 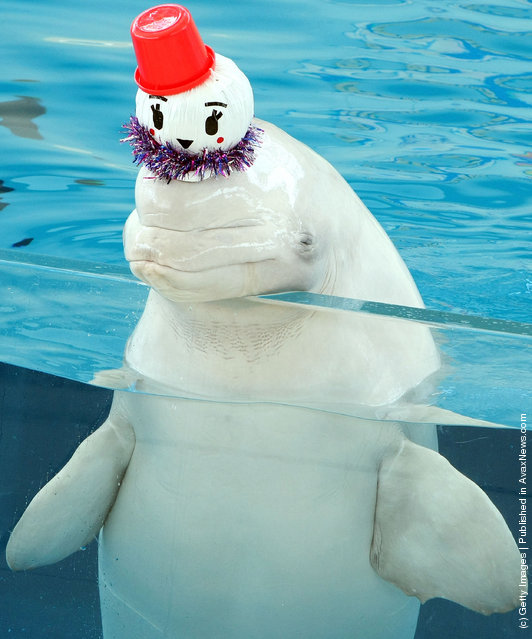 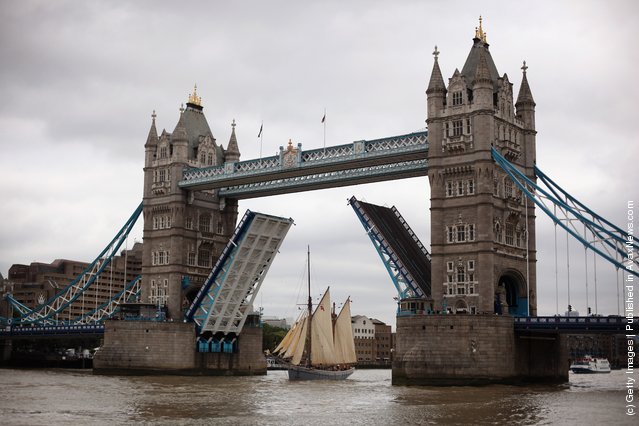 A 37 meter wooden sailing freighter sails under Tower Bridge after sailing from Bordeaux in France on May 18, 2011 in London, England. The restored freighter carried 9000 bottles of limited edition Claret Wine from Laithwaites on the voyage, which will be sold at a private auction on May 19 to raise money for Macmillan Cancer support. (Photo by Dan Kitwood/Getty Images) 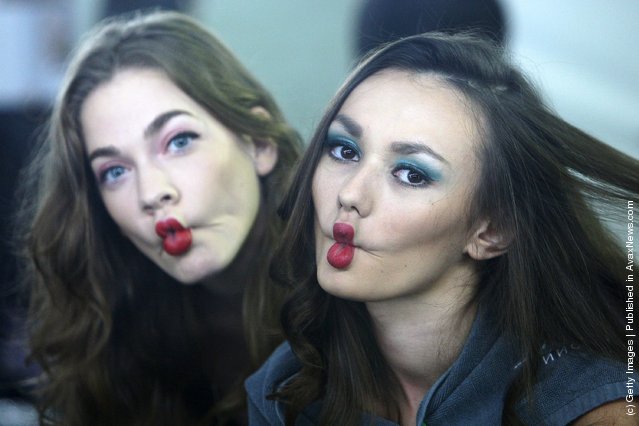