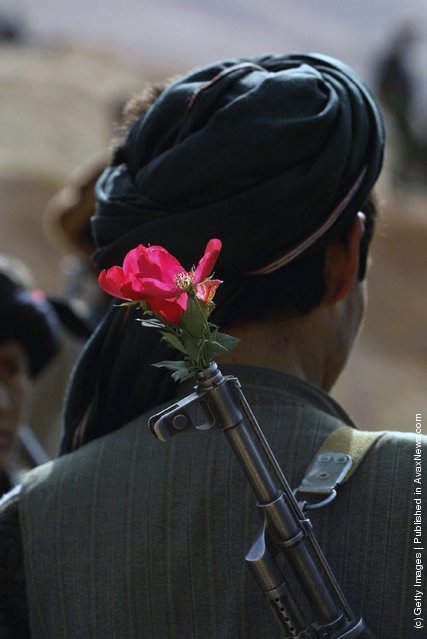 A Northern Alliance soldier walks with a flower in the barrel of his gun November 21, 2001 while on the road from Talaquan to Kunduz, Northern Afghanistan. (Photo by Sion Touhig/Getty Images) 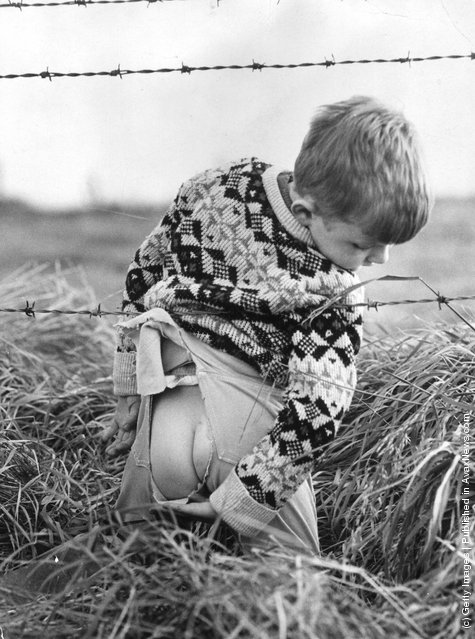 A young boy finds his trousers ripped at the seat after snagging them on a barbed wire fence. (Photo by Evening Standard/Getty Images). 1969 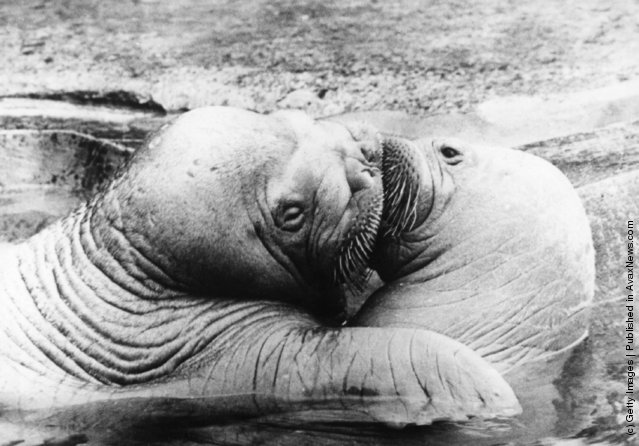 Two walrusses “kiss” at the Hagenbeck Zoo in Hamburg. (Photo by Keystone/Getty Images). 6th May 1967 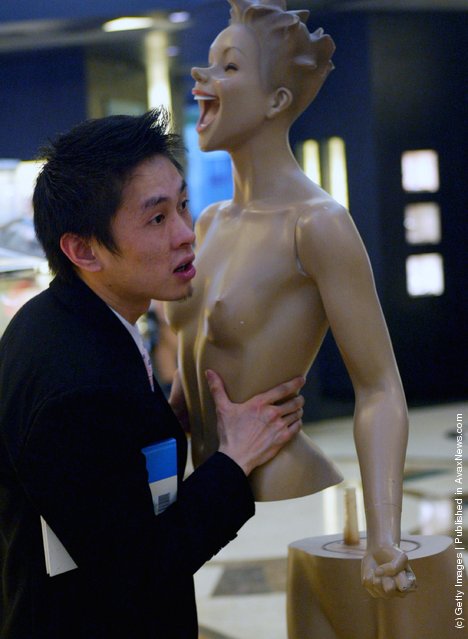 A worker carries a mannequin during a fashion show to mark the International Women's Day on March 8, 2005 in Wuhan of Hubei Province, China. Various events and shows are held in big cities to pay respects to working women during this holiday. (Photo by China Photos/Getty Images) 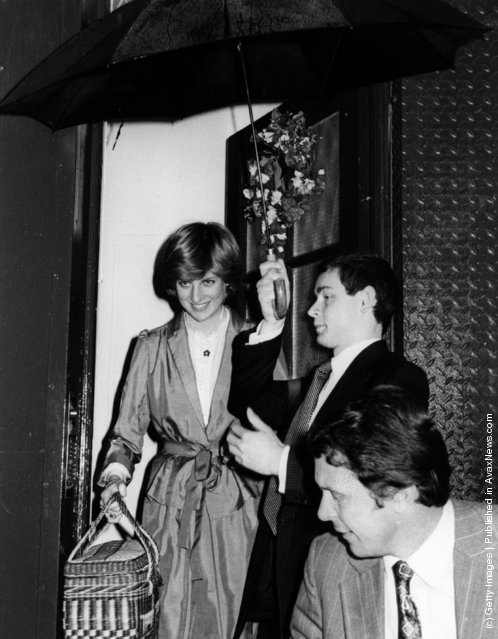 Lady Diana Spencer (1961–1997), the fiancee of Charles, Prince of Wales leaving Emanuel's, her dressmakers, after a final fitting for her wedding dress. (Photo by Hulton Archive/Getty Images). 22nd July 1981 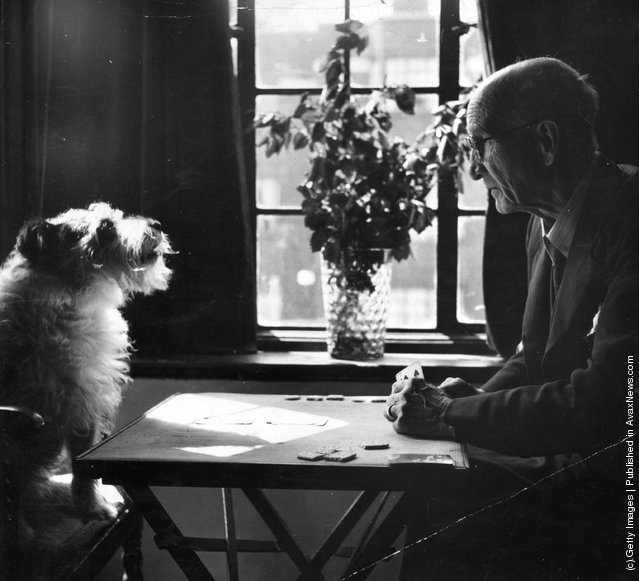 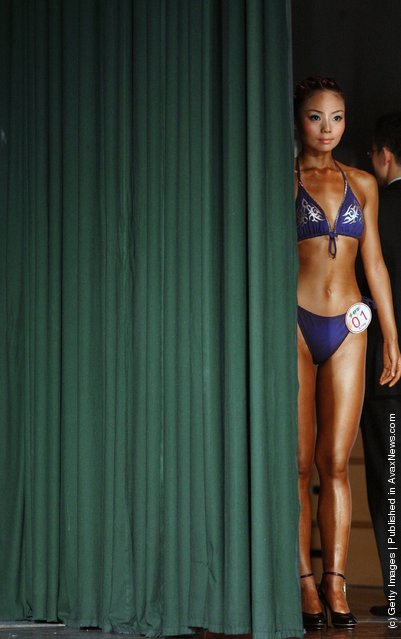 A contestant of Group B prepares to perform during the first Shenzhen Mr. And Ms. Fitness Pageant on November 13, 2007 in Shenzhen of Guangdong Province, China. (Photo by China Photos/Getty Images) 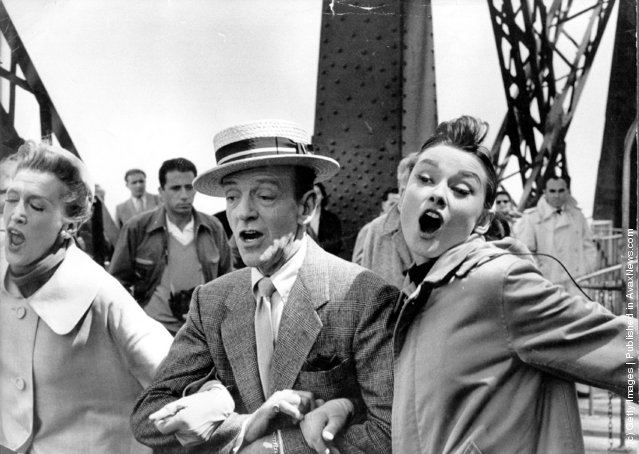 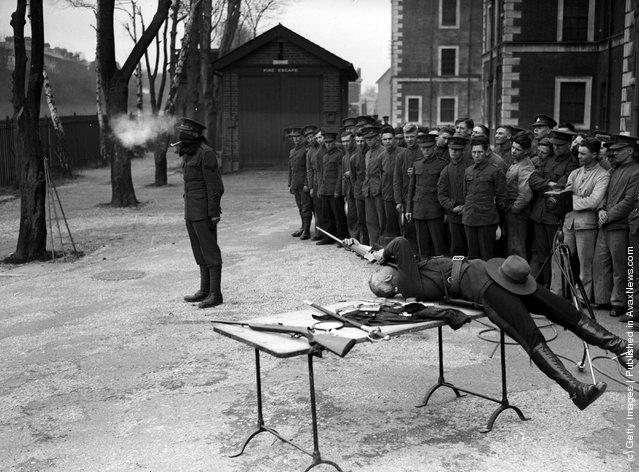 Captain George Ash lies on his back as he prepares to shoot the bowl from the clay pipe held between a blindfolded corporal's teeth. (Photo by Fox Photos/Getty Images). 18th April 1932 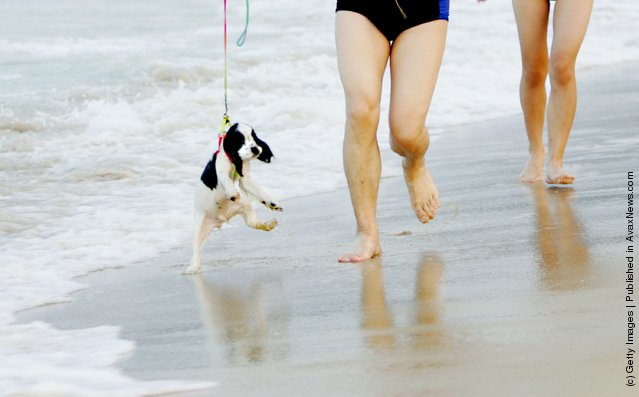 A swimmer leads her pet dog along the Dameisha Bathing Beach on August 1, 2006 in Shenzhen of Guangdong Province, China. (Photo by China Photos/Getty Images) 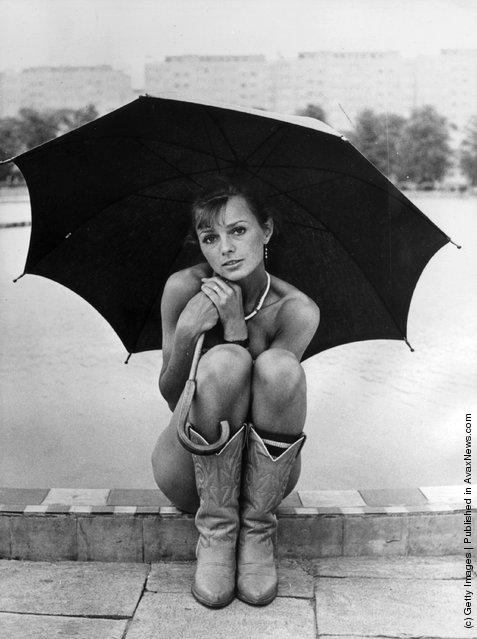 A young lady shelters underneath an umbrella, being poorly dressed for a rainy day. (Photo by Keystone/Getty Images). 1980 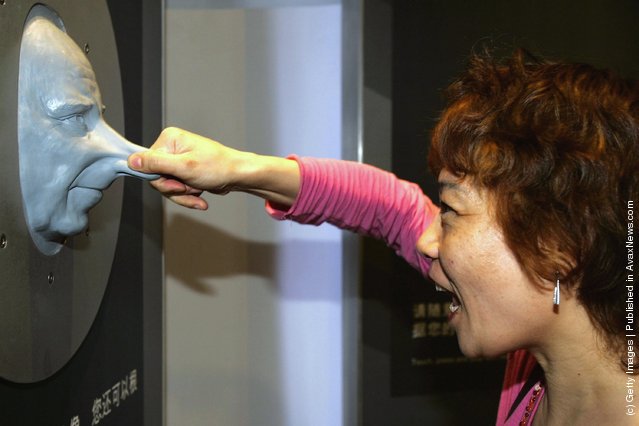 A woman nips the nose of a waxwork at Madame Tussauds Shanghai on May 1, 2006 in Shanghai, China. Madame Tussauds wax statues museum opened May 1 at the New World Department Store on Shanghai's West Nanjing Road. It is the first Madame Tussauds museum in Chinese mainland and the sixth of Tussauds Group's waxwork museums. (Photo by China Photos/Getty Images) 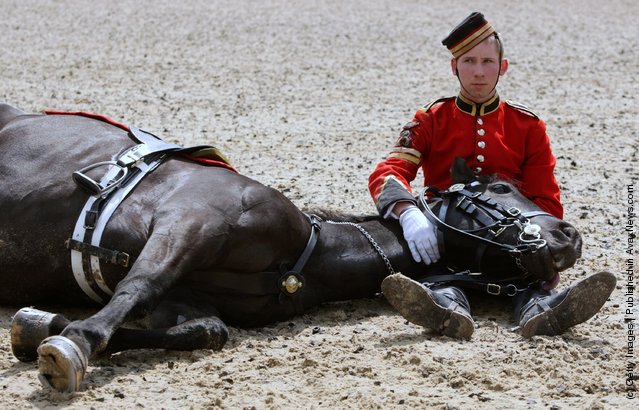 Lance Corporal Stephen Heeley controls his horse, Yeoman, on the ground during a rehearsal for the Windsor Castle Royal Tattoo on April 29, 2009 in the grounds of Windsor Castle, England. The annual Windsor Castle Royal Tattoo, which features musical and military displays from the armed forces, takes place from May 13 till May 16, 2009 and raises money for the Royal British Legion. (Photo by Oli Scarff/Getty Images)
Edit Del
25 Jun 2011 09:16:00, post received 0 comments
Publication archive:
←   →
Popular tags:
All tags
Last searches: