Touching Some Photos from the National Library of Australia 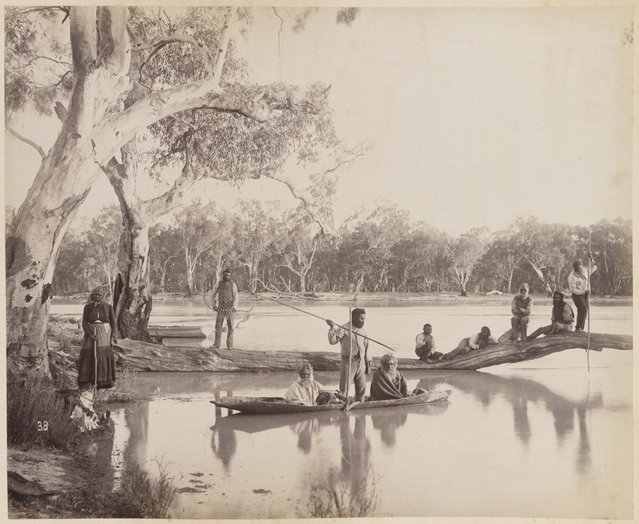 Group of Aboriginals at Chowilla Station on the lower Murray River, South Australia, 1886 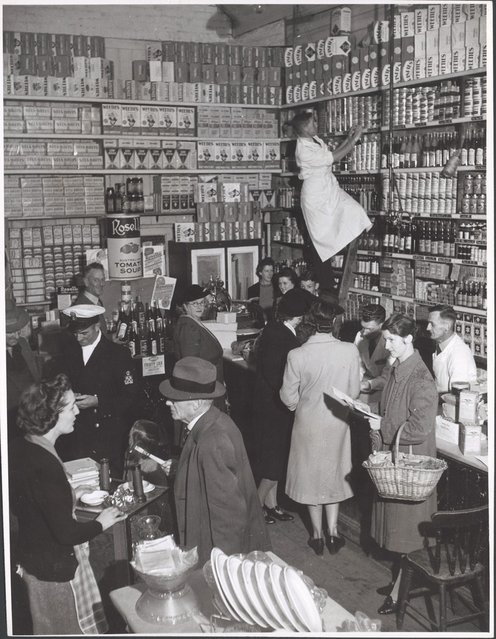 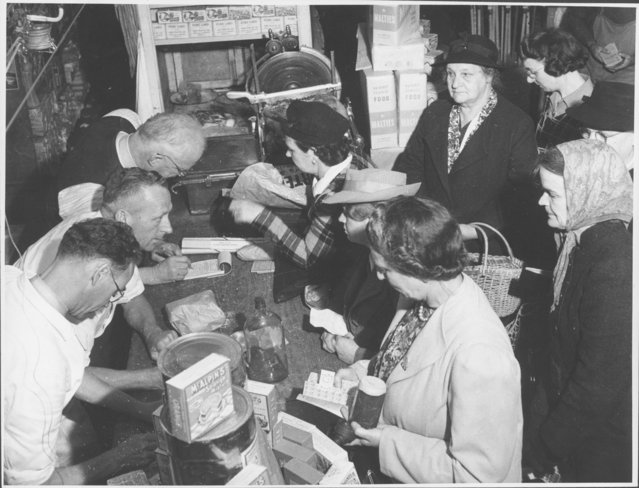 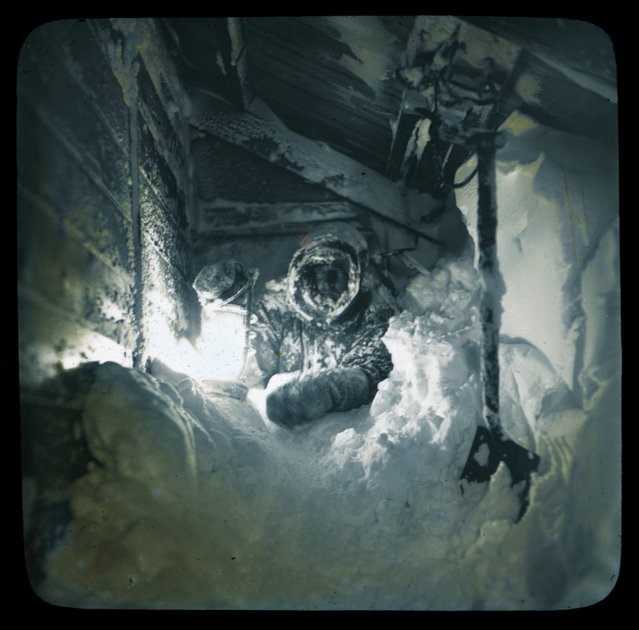 An incident in March soon after completion of the hut, Hodgeman, the night watchman returning from his rounds outside pushes his way into the veranda through the rapidly accumulating drift snow, Adelie Land (Australasian Antarctic Expedition, 1911-1914) 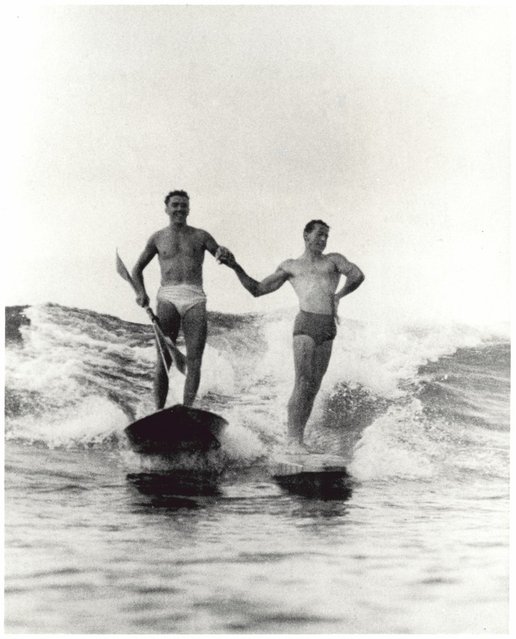 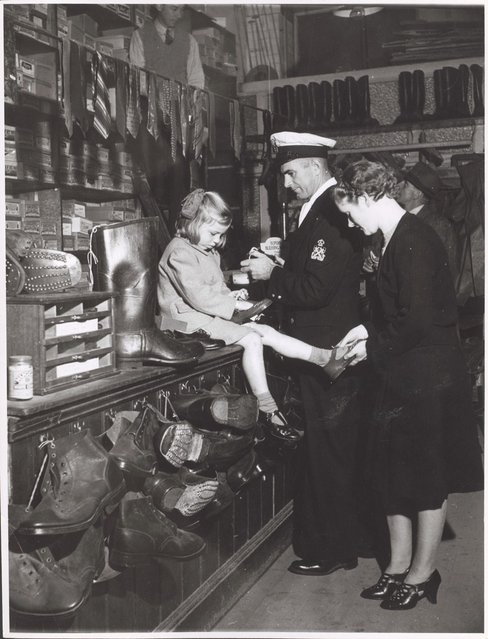 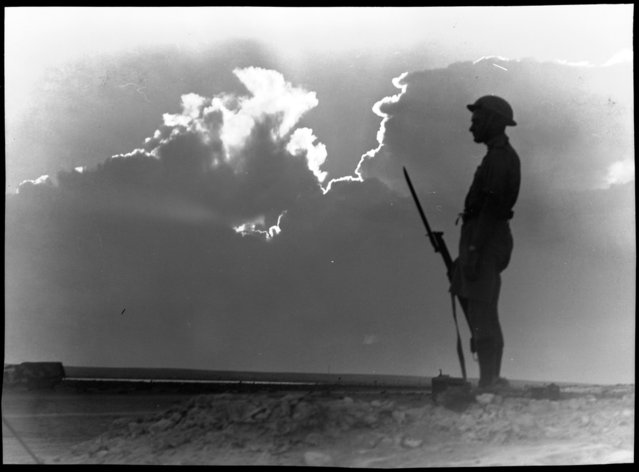 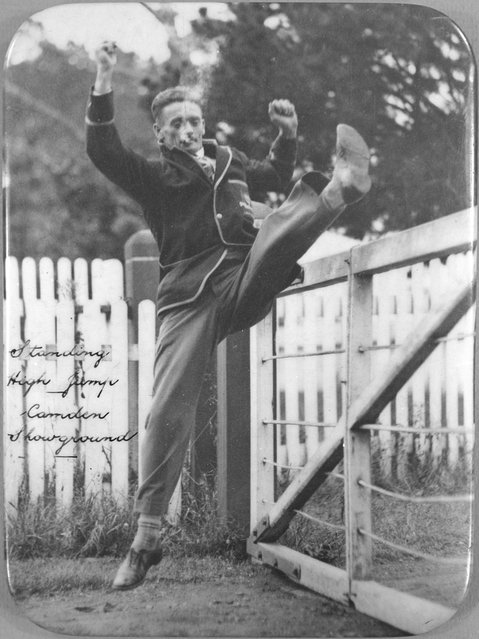 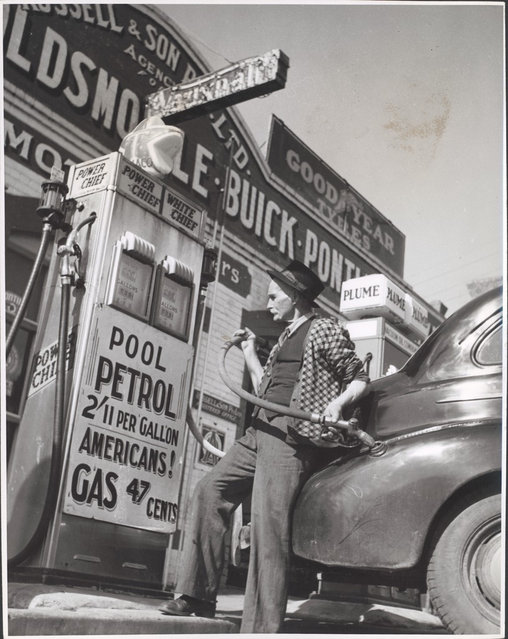 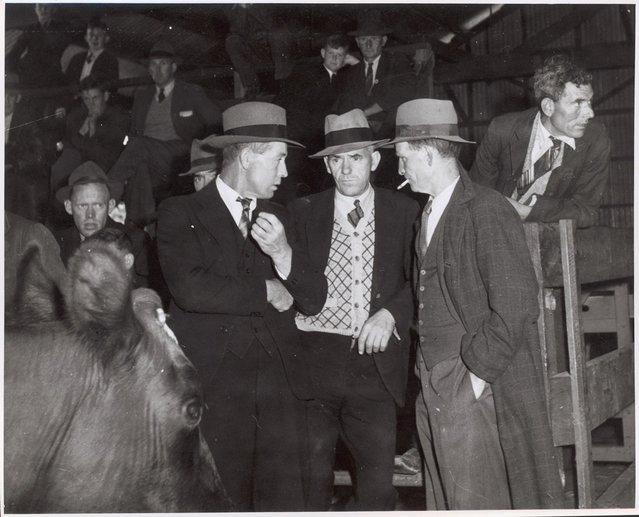 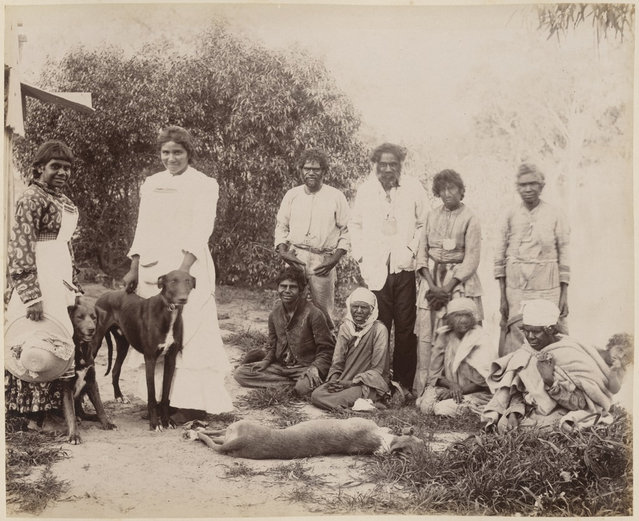 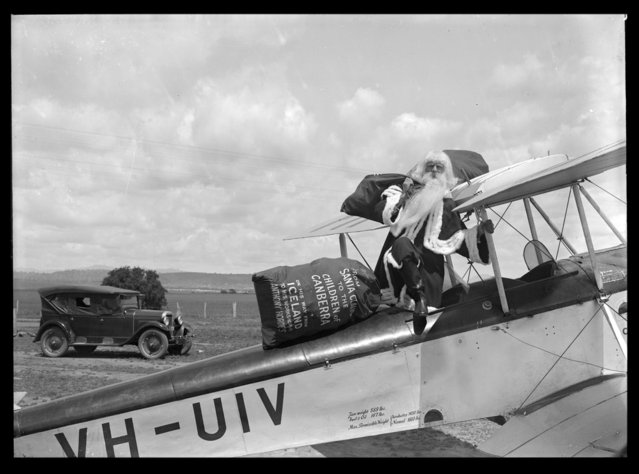 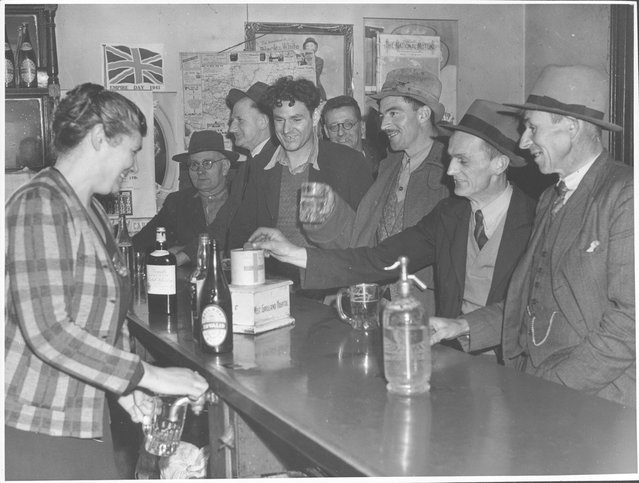 Mrs Gleeson pours a beer for a customer at the Drouin Hotel, Drouin, Victoria, 1944. Wife of Drouin publican (Mrs. James J. Gleeson) pours beer for customers. A pot like this (11oz.) costs 81/2 d. about half of which goes in excise to Australian government. Australian beer has 8% alcohol – heavier than American beer but about the same as British. Mrs Gleeson has two sons fighting the Jap; says she has never had a customer she could not handle in her 23 years at the Drouin Hotel. 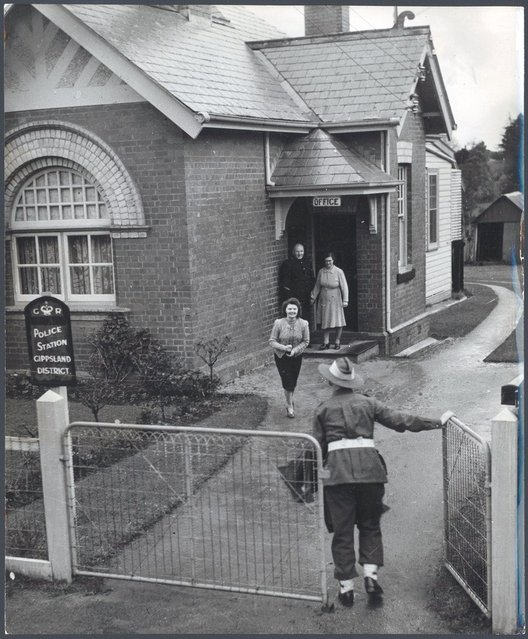 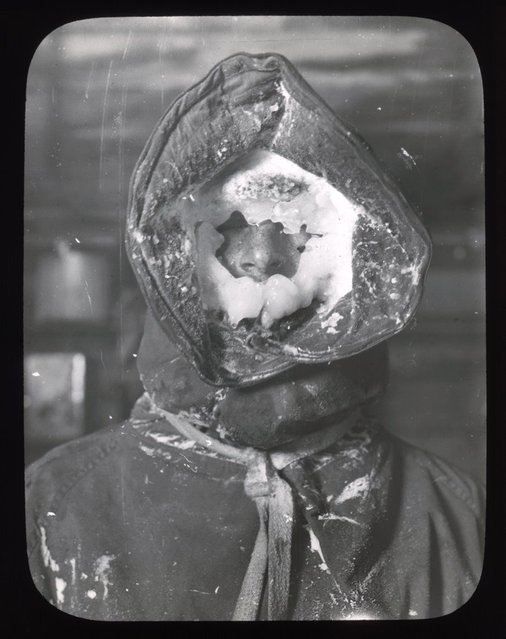 The icy face of a member of the Australasian Antarctic Expedition team, 1911-1914. Probably the face of the team meteorologist, C.T. Madigan 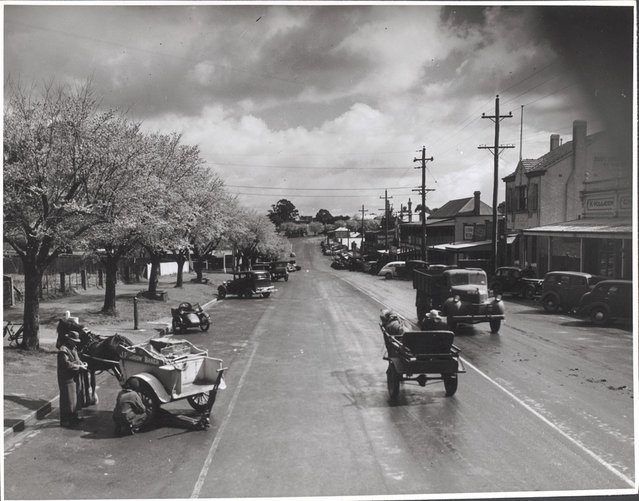 Main Street, Drouin, Victoria, ca. 1944. Really the Prince's highway – one of the two main roads linking Sydney and Melbourne – but for a few hundred yards it is still Main Street in the language of Drouin folk. It is busiest on Tuesday and Thursday afternoons (Market days). In foreground, service stationhand puts his car jack under horse-drawn tradesman's cart. 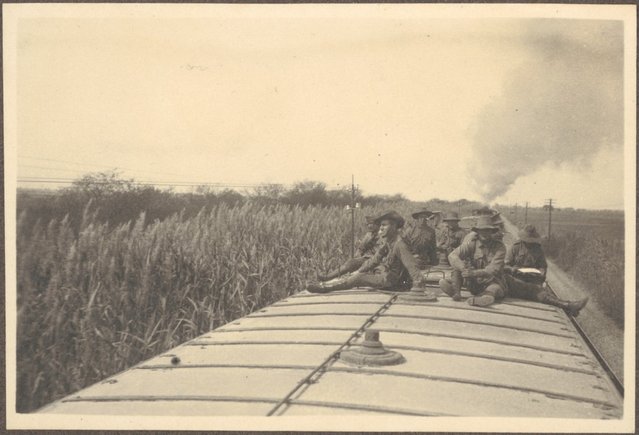 Tall bullrushes (surrounding train as seen) from top of train carriages, (where some soldiers of the 8th Light Horse Regiment travelled during the journey from Suez to Cairo, April 4, 1915) 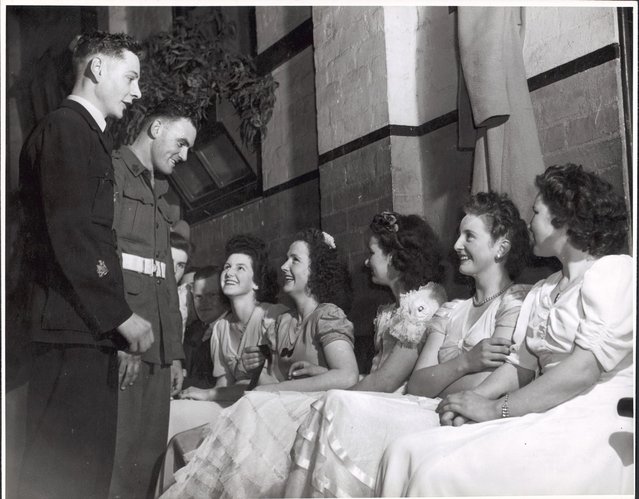 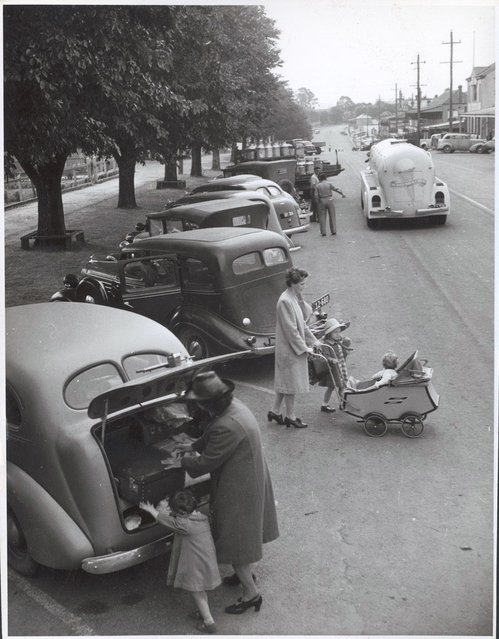 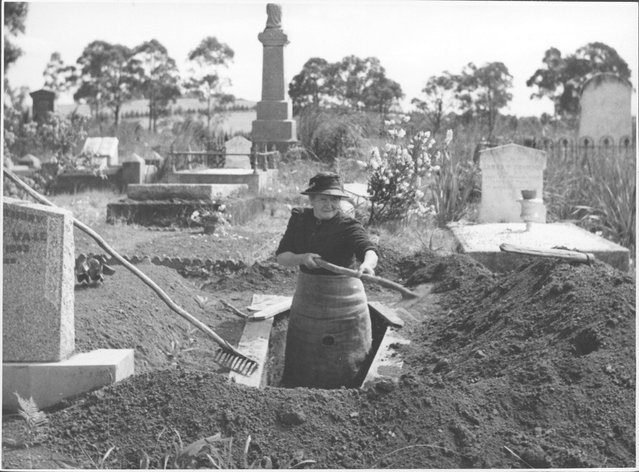 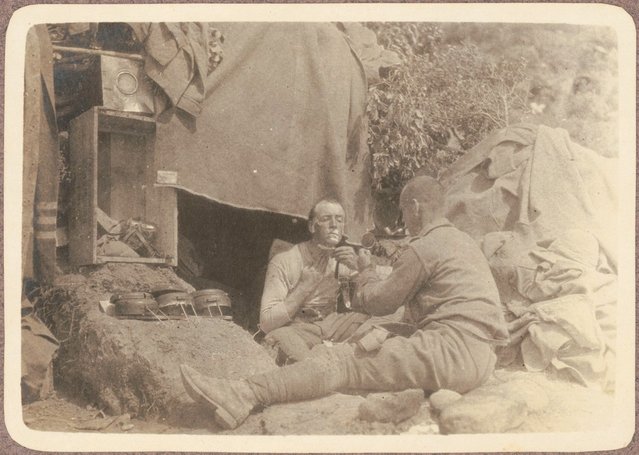