Wow Rock Villa on Top of Apartment Tower in China
“An eccentric Beijing resident has built a huge house among what looks like a pile of rocks dotted with trees on top of a 26-storey apartment block in the capital, reports said Monday. Neighbours have complained about China's latest architectural oddity, which covers more than 1,000 square metres (10,000 square feet), saying they fear it could cause the structure to collapse on top of them, the Beijing Morning Post reported.

The rocks, said to be imitation shells rather than solid stone, have trees and bushes growing among them, as in classical Chinese landscape painting. Poking out from between them, sections of the house underneath can be seen, a blue-framed window here, a balcony under a curved roof there. At least two neighbours have moved out because of the construction work, which has been going on for years, the paper said. Others complained about damage to pipes and walls in their units, it said.

Houses standing on top of multi-storey buildings are not unknown in China, where a rising property market is making land more and more expensive. A developer in central China built 25 luxury villas on top of a shopping mall, which became migrant workers' residences after authorities declared them illegal, Chinese media reported earlier this month. The fate of the rockery building remains unclear, and law enforcement is often applied selectively in China”. – AFP 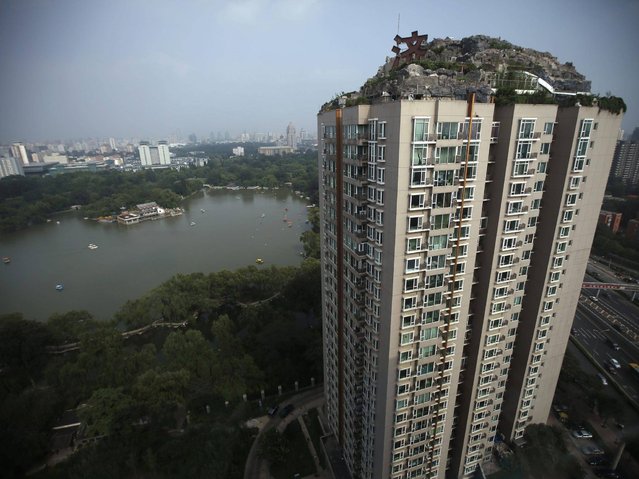 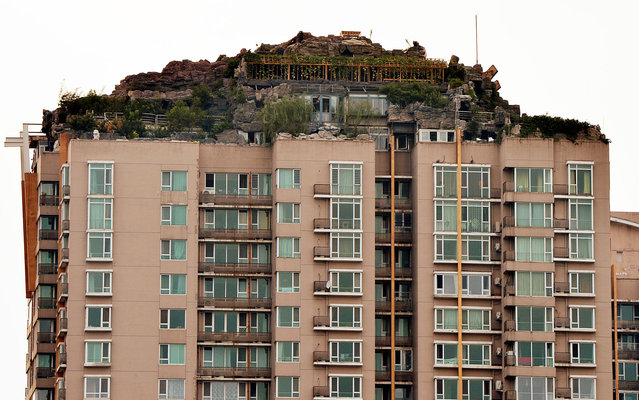 A villa privately built on the rooftop of a residential building in downtown Beijing has prompted complaints from neighbours living below. Professor Zhang, the villa owner, has been instructed to tear down the illegal building, according to the property managers. (Photo by Mark Ralston/AFP Photo) 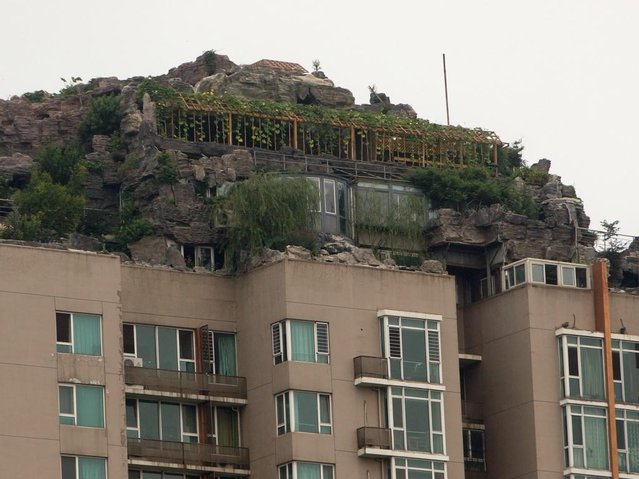 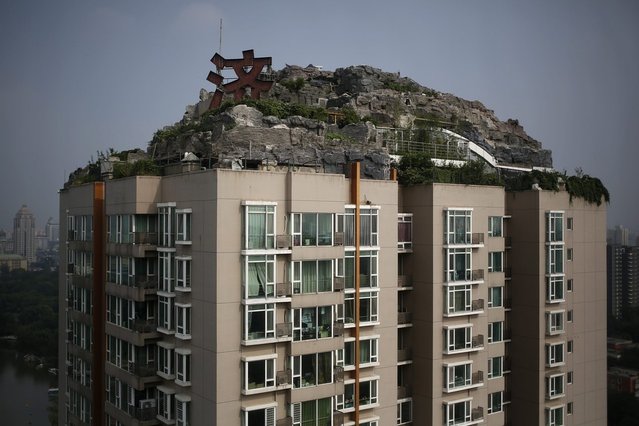 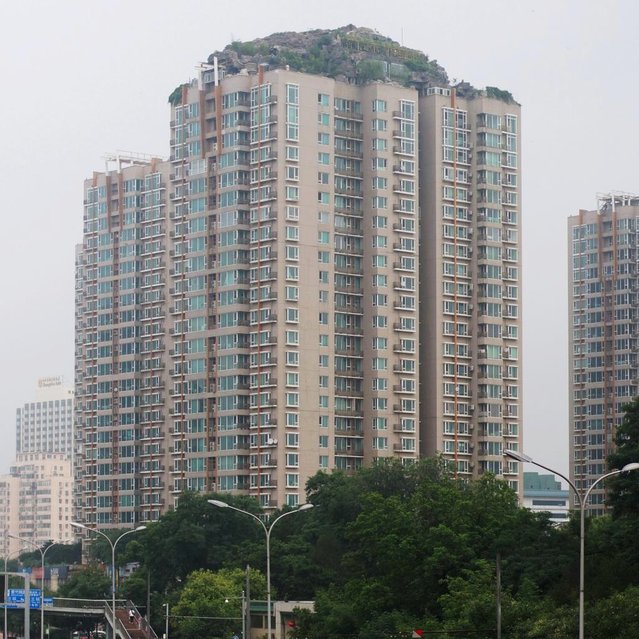 According to local media, the privately built villa seen here has been under construction on the rooftop of a residential building in downtown Beijing for the past six years. (Photo by How Hwee Young/European Pressphoto Agency)
Edit Del
13 Aug 2013 10:30:00, post received 0 comments
Publication archive:
←   →
Popular tags:
All tags
Last searches: