Wow World's First 3D Printed Car
The world's first 3D printed car – the Stratti – was built in just 45 hours at the International Manufacturing Technology Show which took place between September 8 – 13, 2014. The Strati, which is Italian for layers, has a chassis body made of one solid piece and has a top speed of 40mph. The tyres, seats, wheels, battery, wiring, suspension, electric motor and window shield of the revolutionary vehicle were made using conventional methods. The car is composed of 49 parts – a significantly smaller number than that of a conventional vehicle which has more than 5,000 components. Conceived by Arizona based Local Motors the printing took place during the six-day International Manufacturing Technology Show 2014 in Chicago earlier this month. The battery-powered, two-passenger car is made of layers of black plastic and reinforced with carbon fibre. The company hopes to offer 3D-printed cars for around £11,000 in the near future. Machine tool maker, Cincinnati Inc, supplied the huge printer, much larger than the usual 3D printers, which are usually 10ins by 10ins. (Photo by Barcroft Media/ABACAPress) 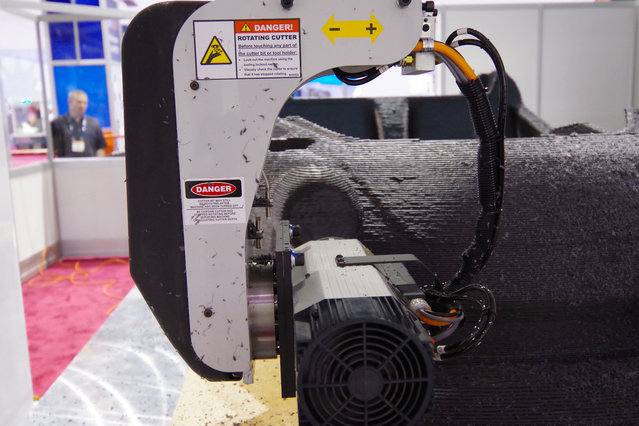 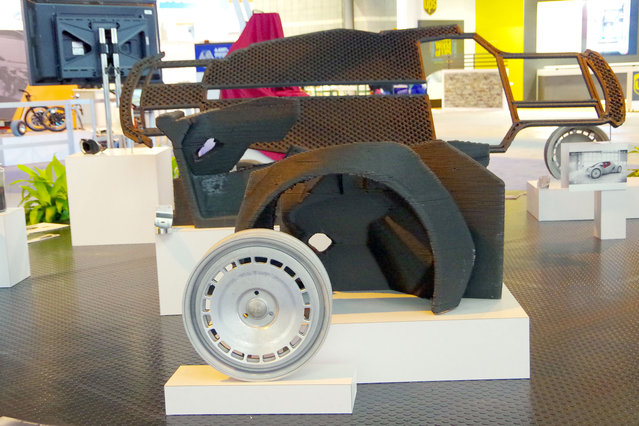 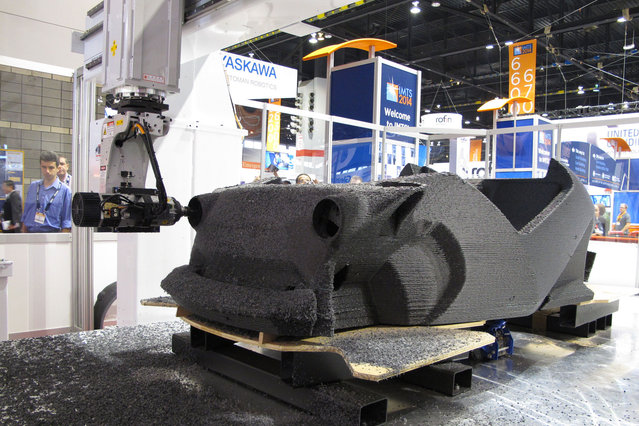 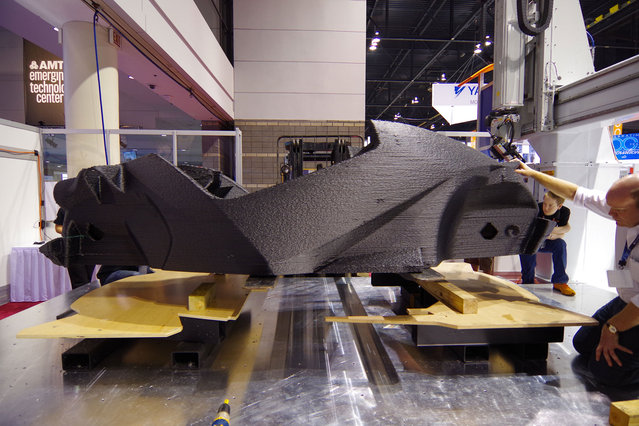 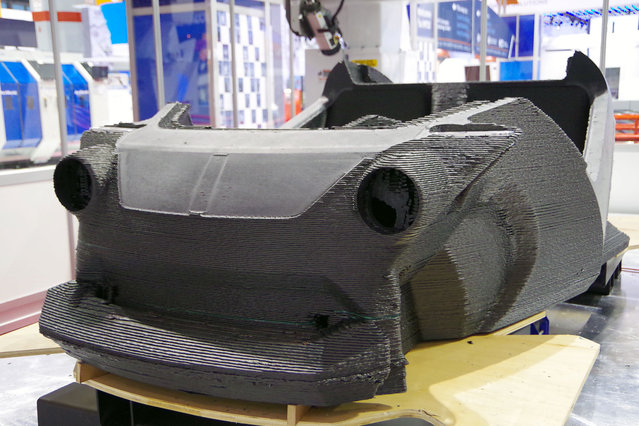 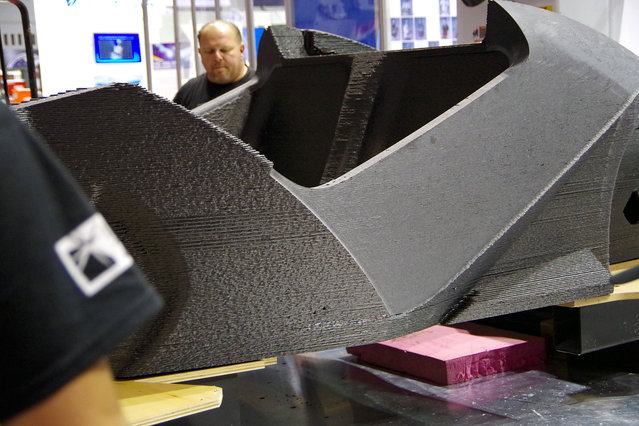 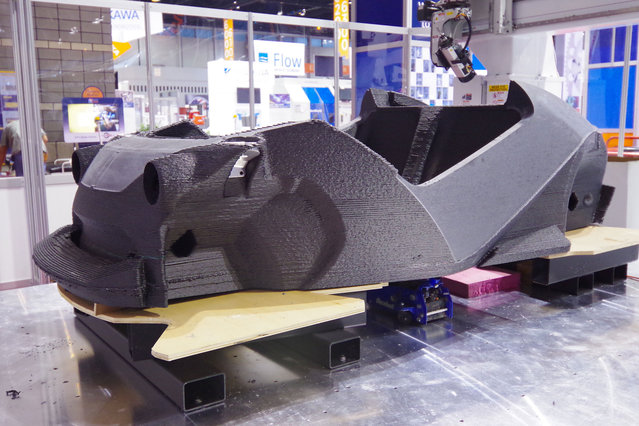 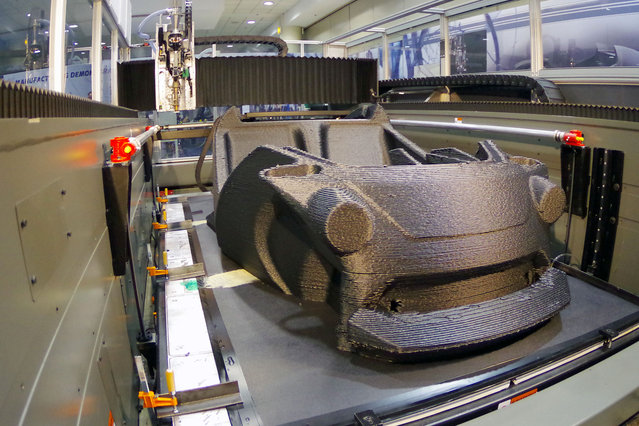 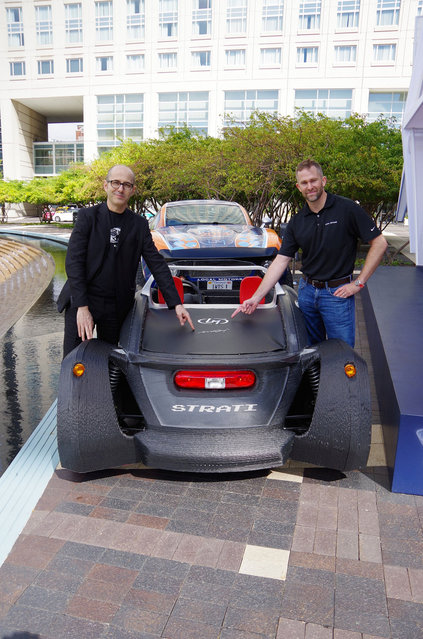 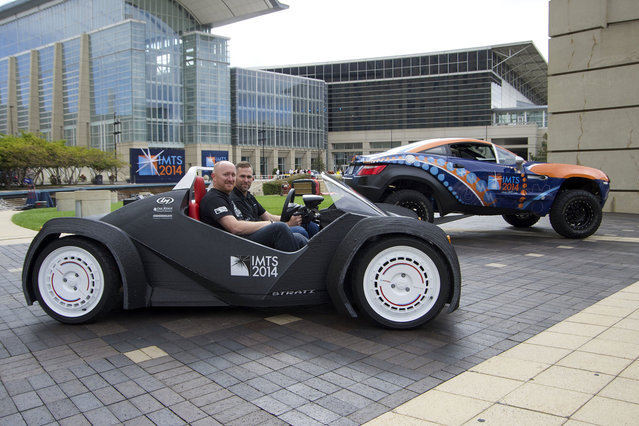 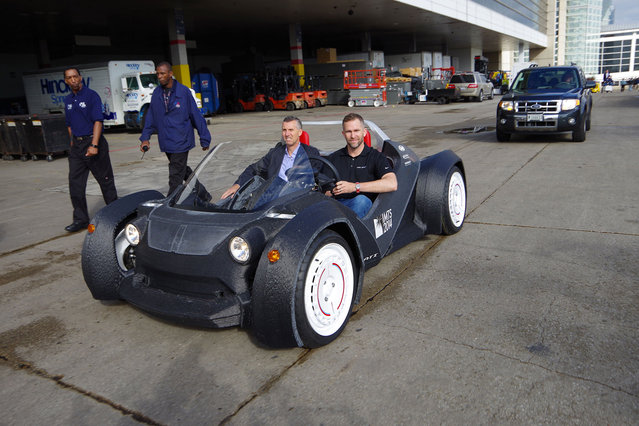 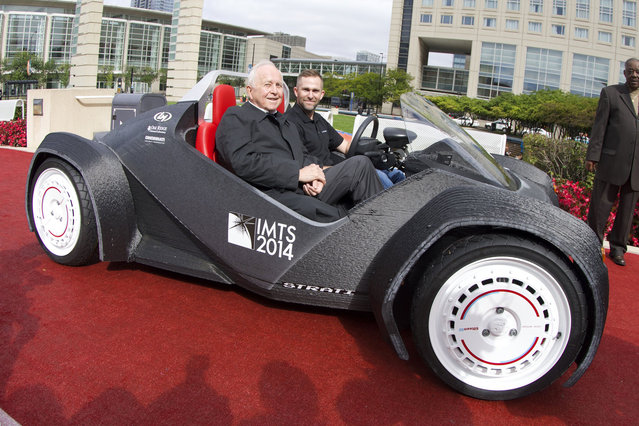 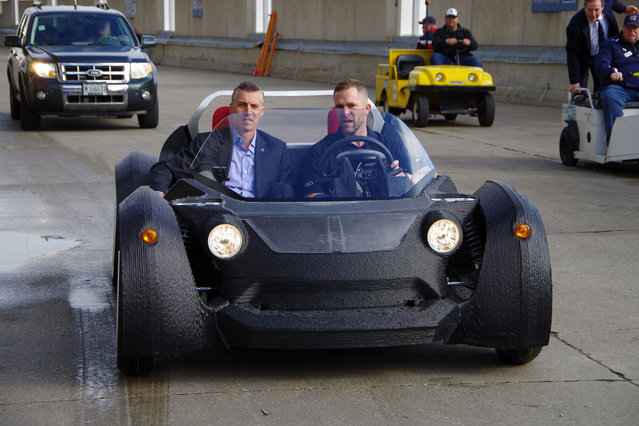