It is a pay-as-you-go theme park, having no gates or admission charges. Visitors have the option of buying a day pass or paying for each attraction separately. With 4,770,000 visitors in 2007, it ranks sixth among Asian amusement parks in terms of attendance. It is accessed by the Kanazawa Seaside Line”. – Wikipedia

Photos: Shoal of sardines and sharks swim in a tank at Yokohama Hakkeijima Sea Paradise on March 19, 2009 in Yokohama, Japan. (Photo by Junko Kimura/Getty Images) 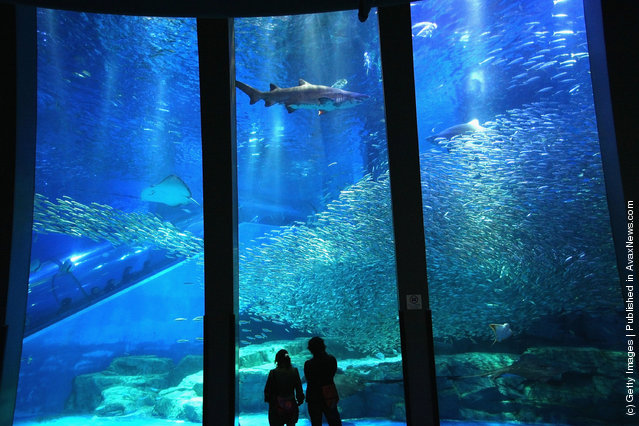 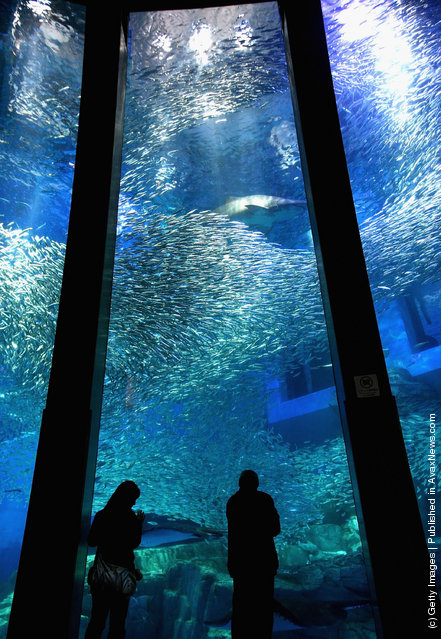 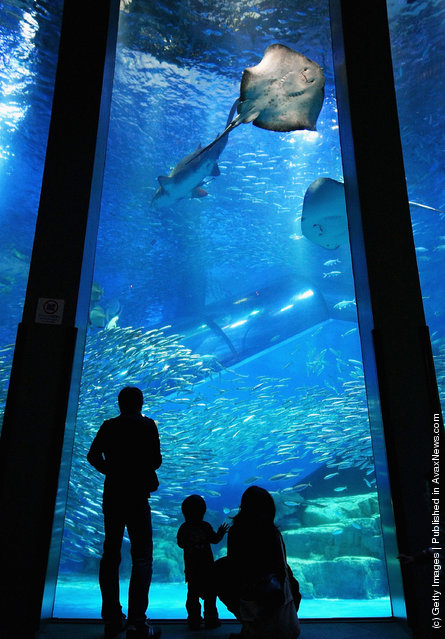 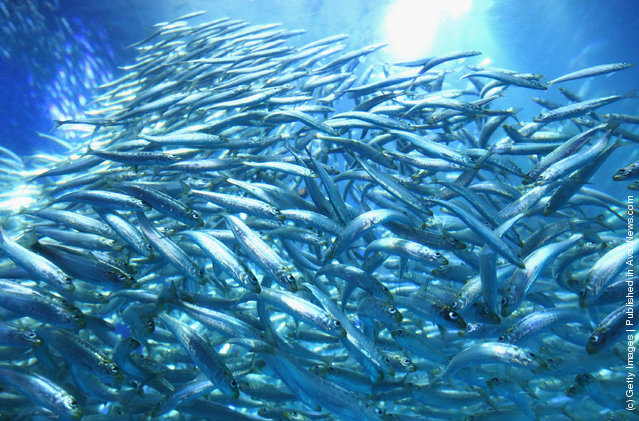 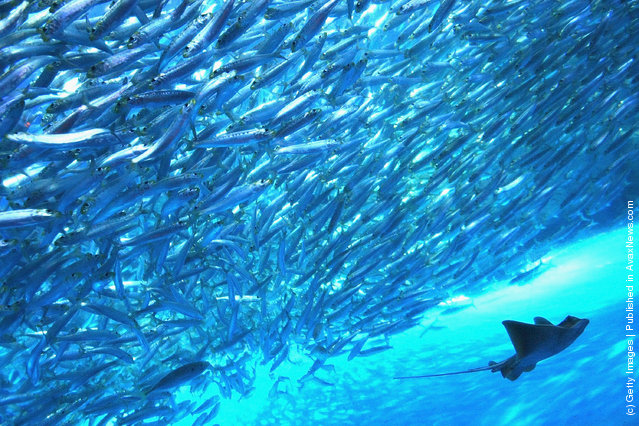 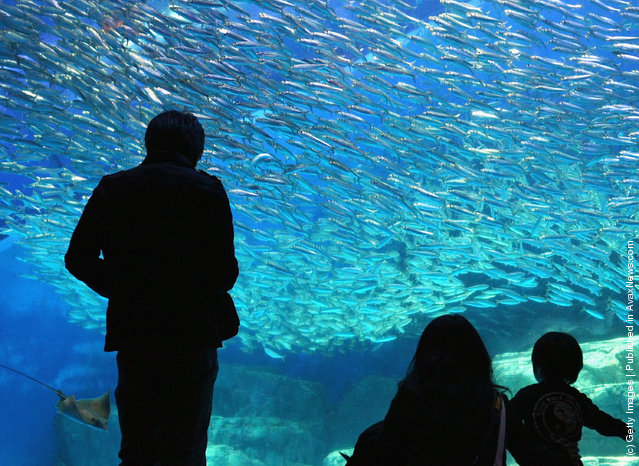 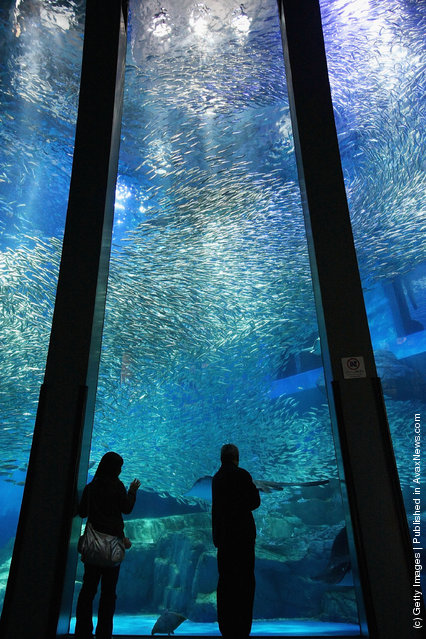 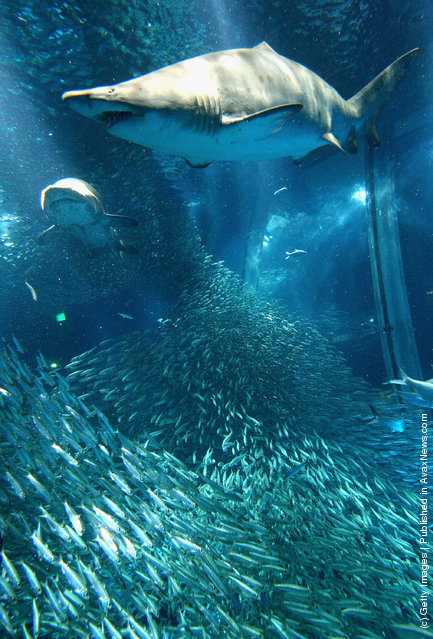