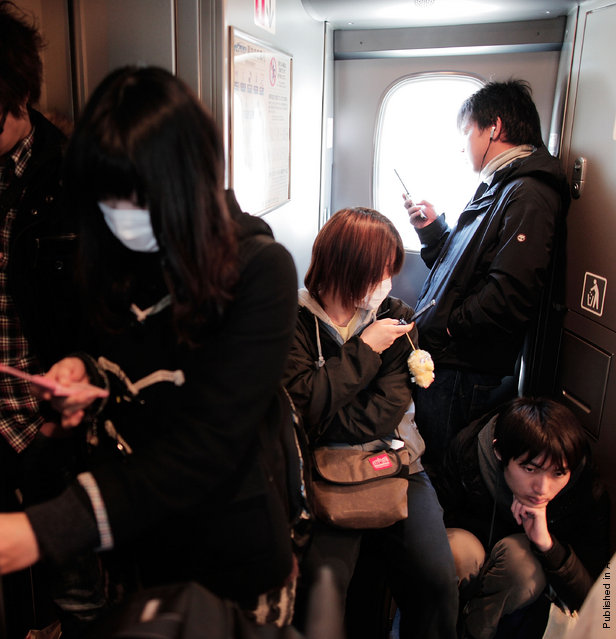 “Smoke was seen floating above Unit 3 at the Fukushima nuclear plant on Wednesday, following a second fire which broke out at Unit 4 hours earlier.” – Russia Today

Photo: Tokyo residents cram into the Shinkansen (Bullet Train) as they leave Tokyo heading west days after the earthquake struck on March 16, 2011 in Tokyo, Japan. The 9.0 magnitude strong earthquake struck offshore on March 11 at 2:46pm local time, triggering a tsunami wave of up to ten metres which engulfed large parts of north-eastern Japan. The death toll continues to rise and could well reach 10,000 in a tragedy not seen since World War II in Japan. (Photo by Adam Pretty/Getty Images) 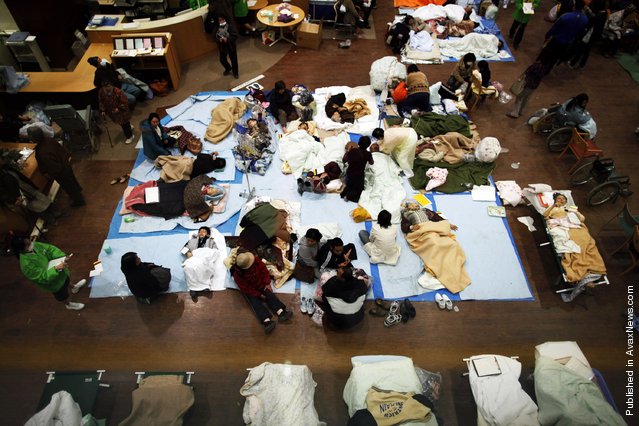 “According to a spokesperson for the Tokyo Electric Power Co., the smoke could indicate that the water in the fuel pool inside the reactor is boiling, the AP news agency reported.” – Russia Today

Photo: In this handout images provided by the International Federation of Red Cross Japan, patients line the corridors of Ishinomaki Japanese Red Cross hospital as space is reserved for the seriously ill, after an 9.0 magnitude strong earthquake struck on March 11, off the coast of north-eastern Japan, March 12, 2011 in Ishinomaki, Japan. On Tuesday there was a third explosion from the Fukushima Daiichi nuclear power plant causing fears for the radiation levels being emitted from the plant. Japan have implemented a no fly zone for 30km round the reactors in order to stop any further spread of radiation. (Photo by Japanese Red Cross/IFRC via Getty Images) 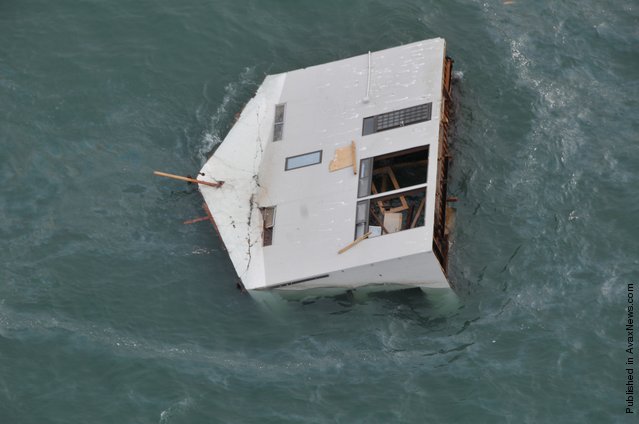 “Authorities have suspended all work at the plant, which was intended to prevent the facility from melting down, as the surge of radiation makes it dangerous for workers to remain onsite.” – Russia Today

Photo: In this handout image provided by U.S. Air Force, a house is seen adrift off the coast of northeastern Japan from a HH-60G helicopter surveying the damage stricken area as part of Japan's earthquake and tsunami recovery effort March 14, 2011 in Japan. (Photo by U.S. Air Force via Getty Images) 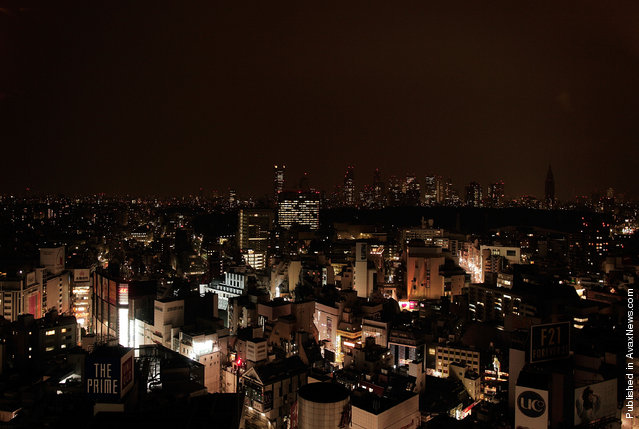 Photo: A general view of a darkened Tokyo skyline during peak hour due to power cuts after an 9.0 magnitude strong earthquake struck on March 11 off the coast of north-eastern Japan, March 15, 2011 in Tokyo, Japan. (Photo by Adam Pretty/Getty Images) 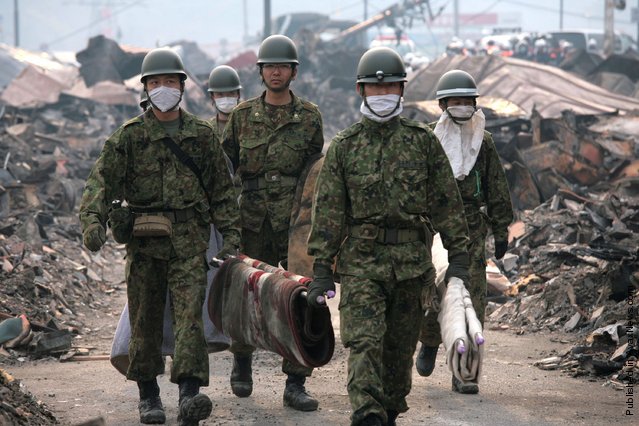 Photo: In this handout images provided by the International Federation of Red Cross Japan, Japanese self-defense forces search for missing people, after an 9.0 magnitude strong earthquake struck on March 11, off the coast of north-eastern Japan, March 14, 2011 in Otsuchi, Japan. (Photo by Toshiharu Kato/Japanese Red Cross/IFRC via Getty Images) 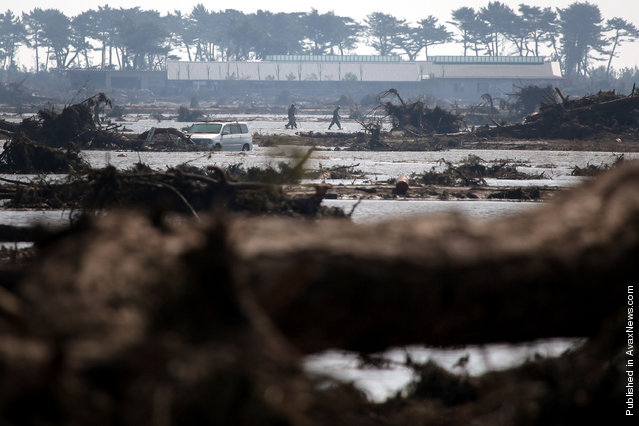 “The government has ordered about 140,000 people living at the vicinity of the plant to stay indoors.” – Russia Today