Educative Hashima: Japan's Deserted “Battleship Island”
Hashima Island is one among 505 uninhabited islands in Nagasaki Prefecture about 15 kilometers (9 miles) from Nagasaki itself. The official name for this tiny speck of land – the size of 12 football pitches – is Hashima, but few call it that. In English, its most commonly used name means “Battleship Island” and, viewed from a certain angle offshore, its silhouette is uncannily dreadnought in nature. The island was populated from 1887 to 1974 as a coal mining facility. The island's most notable features are the abandoned and undisturbed concrete apartment buildings and the surrounding sea wall. The island has been administered as part of Nagasaki city since the merger of the former town of Takashima in 2005.

It is known for its coal mines and their operation during the industrialization of Japan. Mitsubishi bought the island in 1890 and began the project, the aim of which was extracting coal from undersea mines. They built Japan's first large concrete building (9 stories high), a block of apartments in 1916 to accommodate their burgeoning ranks of workers. Concrete was specifically used to protect against typhoon destruction. In 1959, the 6.3-hectare (16-acre) island's population reached its peak of 5,259, with a population density of 835 people per hectare (83,500 people/km2, 216,264 people per square mile) for the whole island, or 1,391 per hectare (139,100 people/km2) for the residential district.

As petroleum replaced coal in Japan in the 1960s, coal mines began shutting down all over the country, and Hashima's mines were no exception. Mitsubishi officially announced the closing of the mine in 1974, and today it is empty and bare, which is why it is called Ghost Island. Travel to Hashima was re-opened on April 22, 2009 after 35 years of closure. 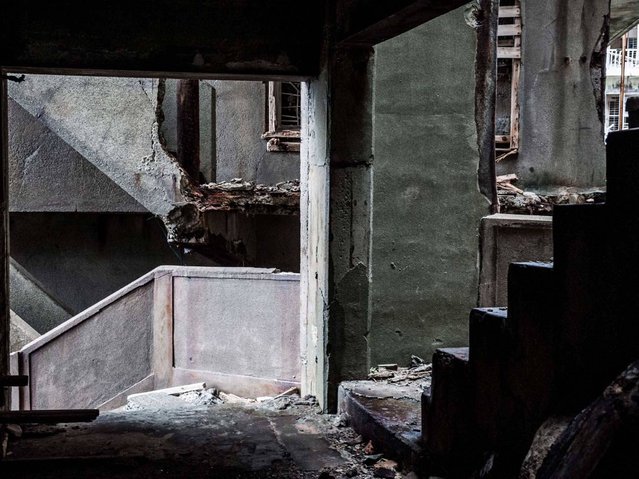 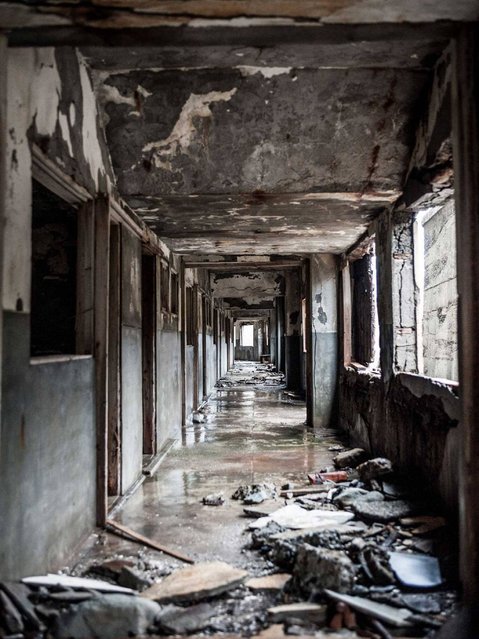 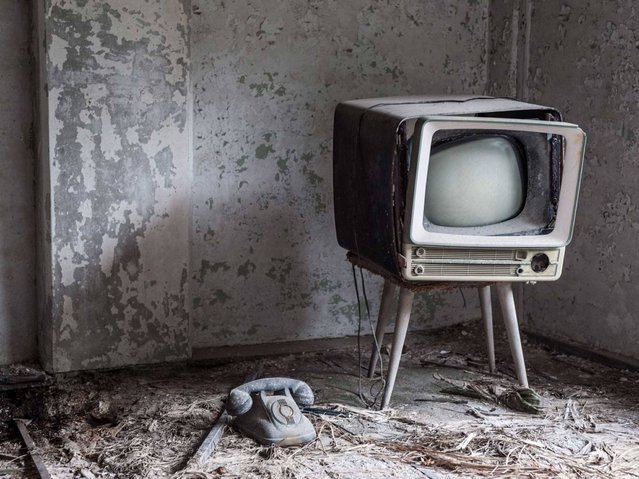 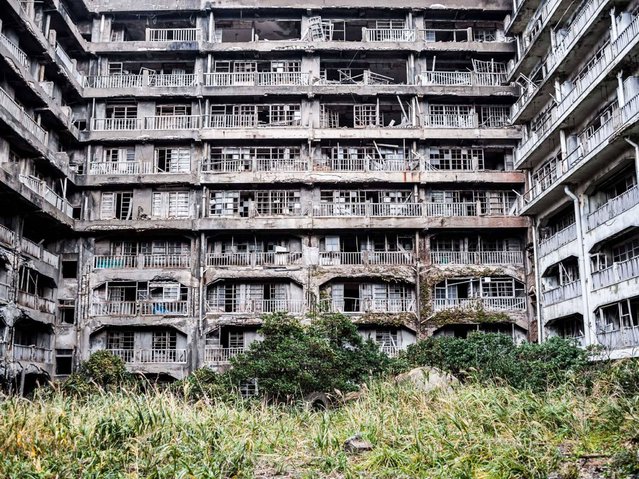 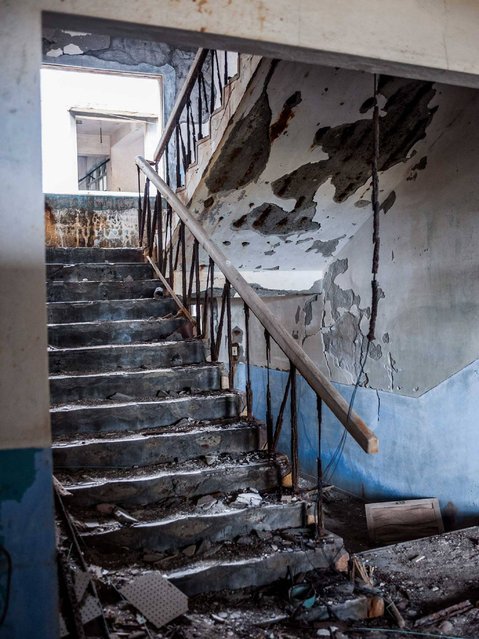 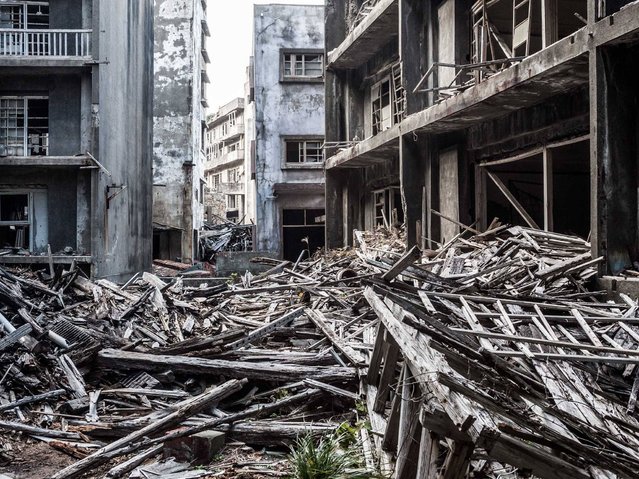 A sea of ruins. (Photo by Mark C. O'Flaherty) 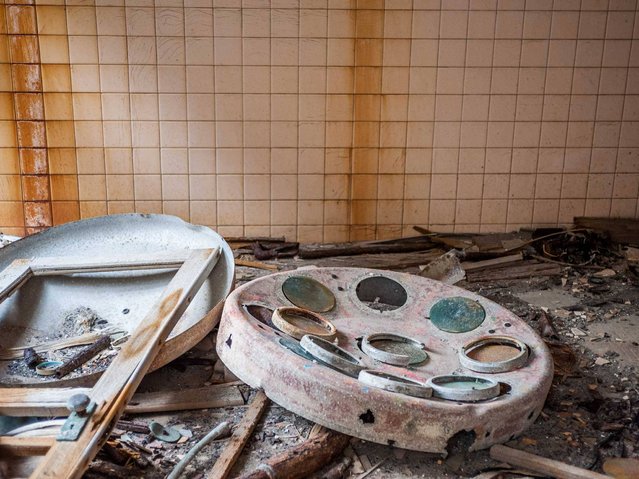 Devastation in the buildings. (Photo by Mark C. O'Flaherty) 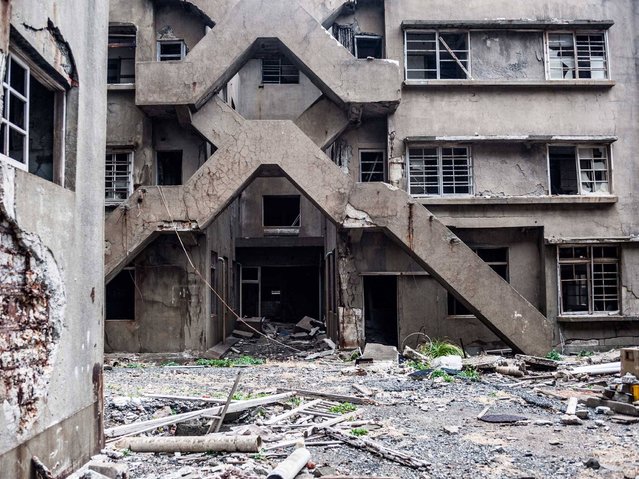 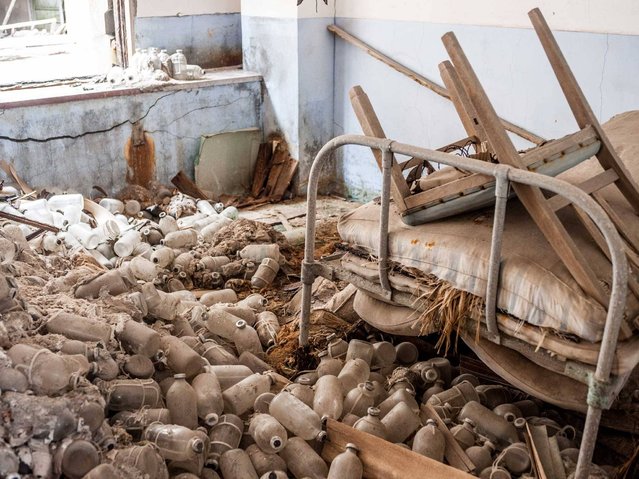 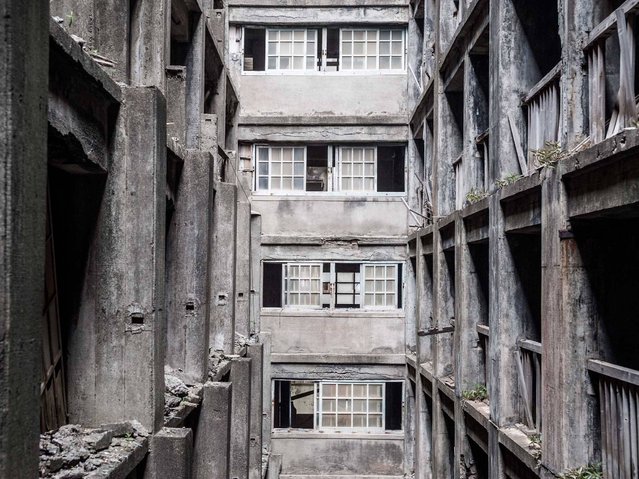 Looking back through time. (Photo by Mark C. O'Flaherty) 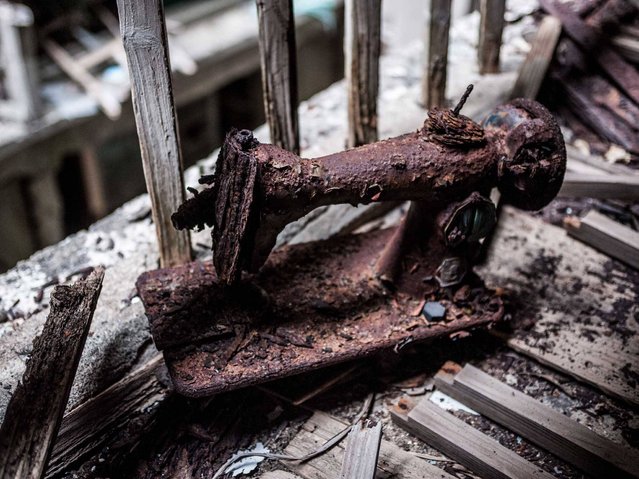 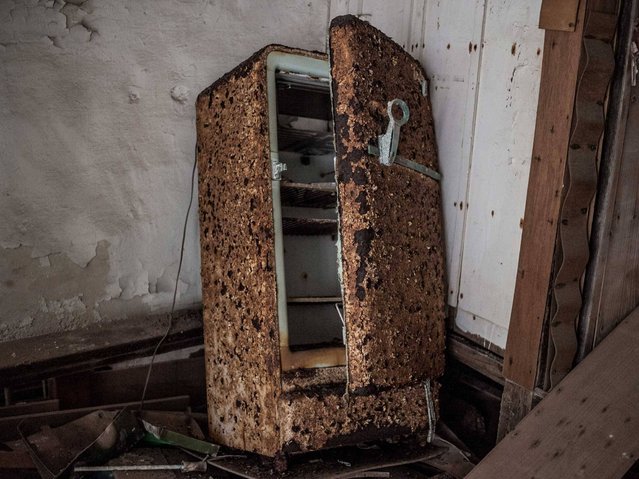 A relic of a fridge. (Photo by Mark C. O'Flaherty) 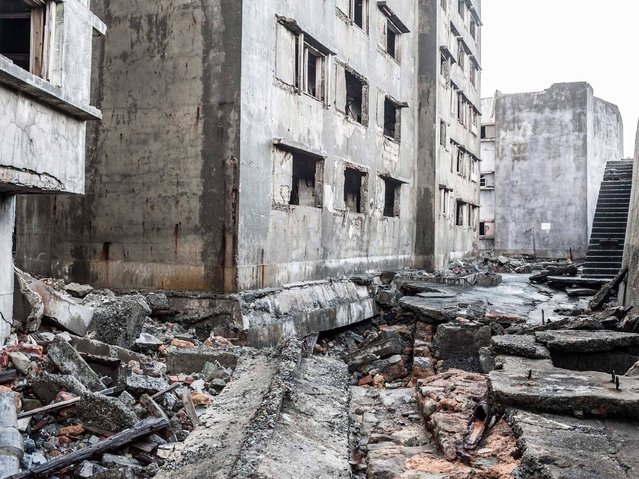