Educative Helios Prototype
“NASA's Pathfinder, Pathfinder Plus, Centurion and Helios Prototype were an evolutionary series of solar- and fuel-cell-system-powered unmanned aerial vehicles. AeroVironment, Inc. developed the vehicles under NASA's Environmental Research Aircraft and Sensor Technology (ERAST) program. They were built to develop the technologies that would allow long-term, high-altitude aircraft to serve as “atmospheric satellites”, to perform atmospheric research tasks as well as serve as communications platforms.

Centurion, originally built for the 100,000 feet (30,000 m) altitude on solar power milestone specified by the ERAST project, was the third generation aircraft in this series.

The Centurion was modified into the Helios Prototype configuration by adding a sixth 41 feet (12 m) wing section and a fifth landing gear and systems pod, becoming the fourth configuration in the series of solar-powered flying wing demonstrator aircraft developed by AeroVironment under the ERAST project. The larger wing on the Helios Prototype accommodated more solar arrays to provide adequate power for the sun-powered development flights that followed. The aircraft's maiden flight was on September 8, 1999.

The ERAST program had two goals when developing the Helios Prototype: 1) sustained flight at altitudes near 100,000 feet (30,000 m) and 2) endurance of at least 24 hours, including at least 14 of those hours above 50,000 feet (15,000 m). To this end, the Helios Prototype could be configured in two different ways. The first, designated HP01, focused on achieving the altitude goals and powered the aircraft with batteries and solar cells. The second configuration, HP03, optimized the aircraft for endurance, and used a combination of solar cells, storage batteries and a modified commercial hydrogen–air fuel cell system for power at night. In this configuration, the number of engines was reduced from 14 to ten.

Using the traditional incremental or stair-step approach to flight testing, the Helios Prototype was first flown in a series of battery-powered development flights in late 1999 to validate the longer wing's performance and the aircraft's handling qualities. Instrumentation that was used for the follow-on solar-powered altitude and endurance flights was also checked out and calibrated during the initial low-altitude flights at NASA Dryden”. – Wikipedia

Photos: A Helios prototype, developed by AeroVironment Inc., of Monrovia, California, takes a practice flight in 1999. The solar-powered experimental plane will be flown over Hawaii in July 2001, powered by 14 electric motors not much stronger than hair dryers. NASA project scientists hope the Helios prototype will shatter altitude records and help them understand how to fly on Mars and ultimately pioneer a new era in satellites. (Photo Courtesy of NASA/Getty Images) 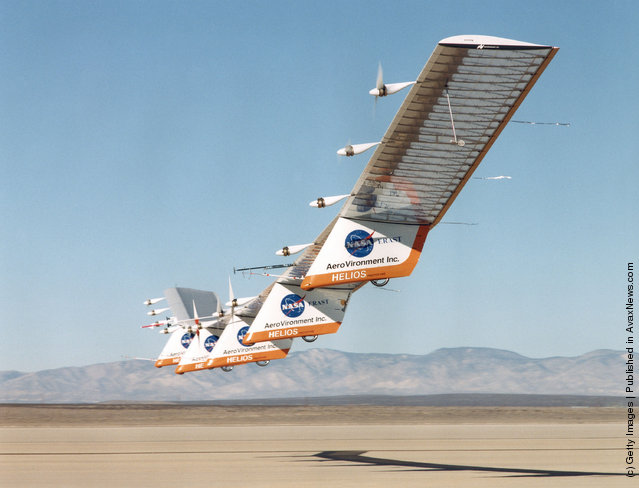 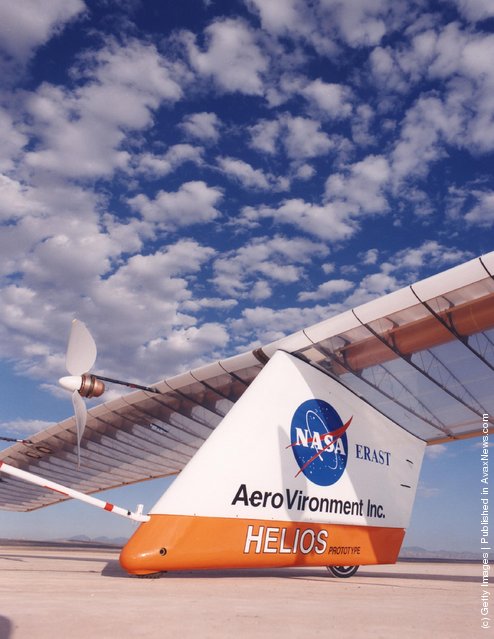 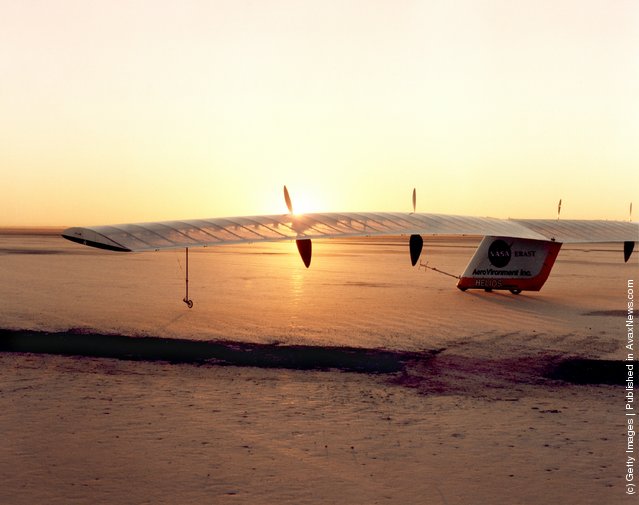 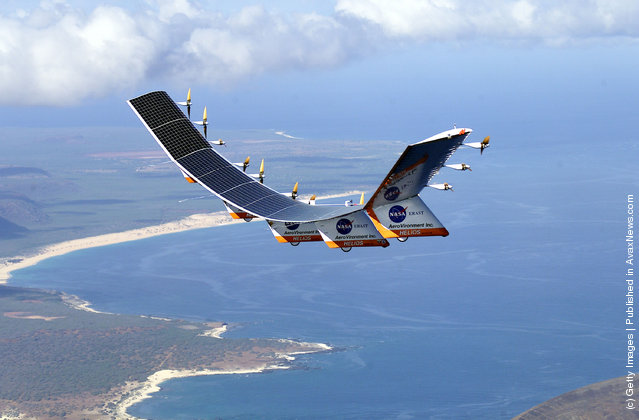 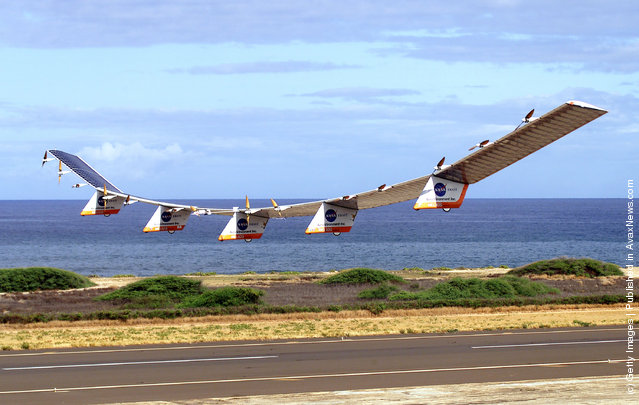 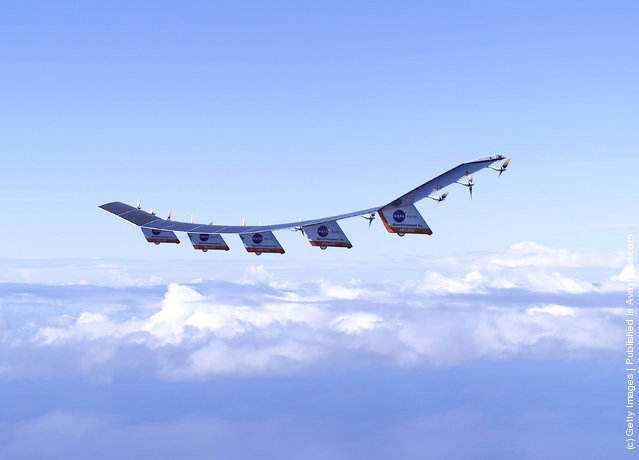 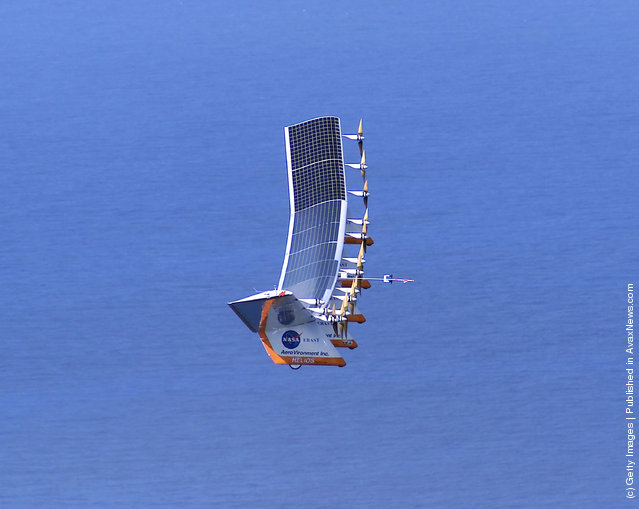