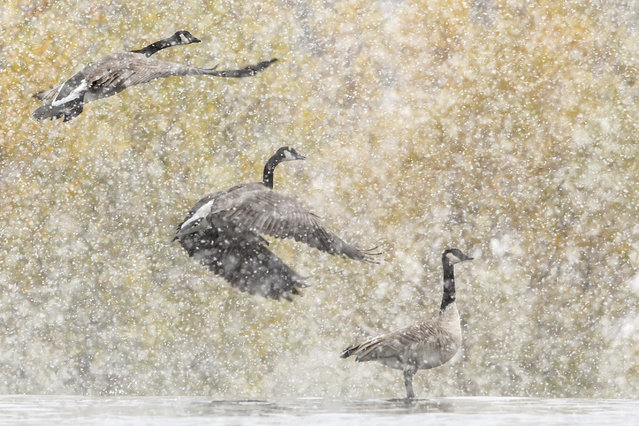 Canada Geese take flight off the Snake River in Idaho Falls, Idaho on Wednesday, October 9, 2019. The geese typically hunker down throughout Idaho's winter but can migrate as far south as Mexico. The v-pattern allows the birds to fly more efficiently according to the Library of Congress' website. (Photo by John Roark/The Idaho Post-Register via AP Photo) 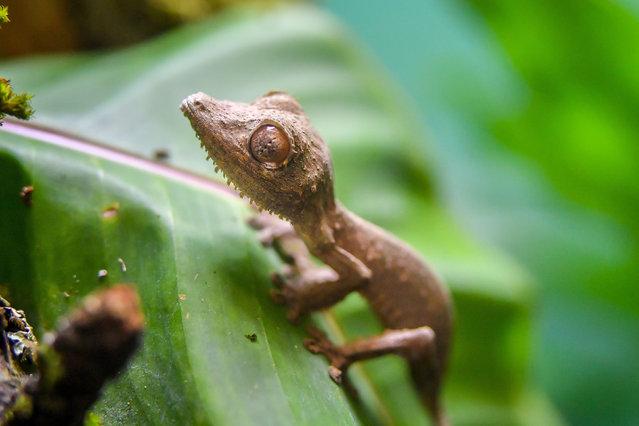 An as yet unnamed Henkel's leaf-tailed gecko, that has been born at Bristol Zoo Gardens on October 10, 2019. The gecko is the fourth one to be bred at the zoo in the past 12 months. (Photo by Ben Birchall/PA Images via Getty Images) 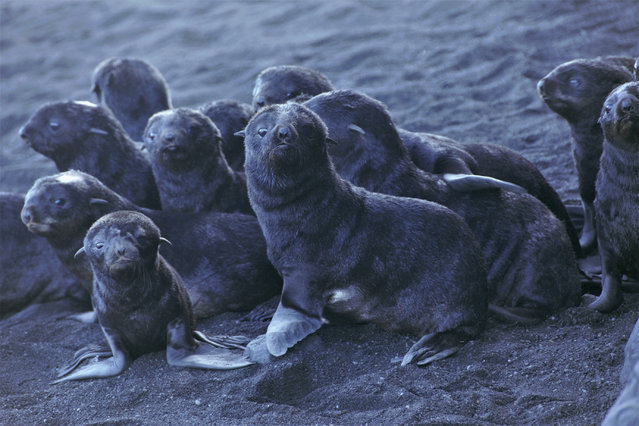 This August 2019 photo released by the National Oceanic and Atmospheric Administration Fisheries (NOAA) shows northern fur seal pups standing on a beach on Bogoslof Island, Alaska. Alaska's northern fur seals are thriving on an island that's the tip of an active undersea volcano. Numbers of fur seals continue to grow on tiny Bogoslof Island despite hot mud, steam and sulfurous gases spitting from vents on the volcano. (Photo by Maggie Mooney-Seus/NOAA Fisheries via AP Photo) 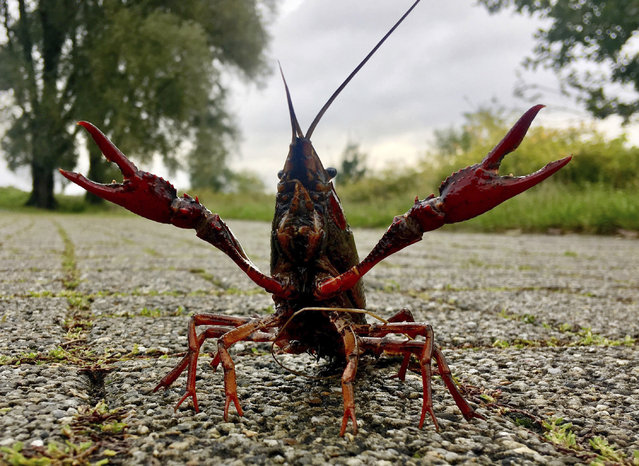 A crab sits at the shore of a catchment lake near Bochum, western Germany, after heavy rainfall in the night, Monday, September 30, 2019. (Photo by Bernd Thissen/dpa via AP Photo) 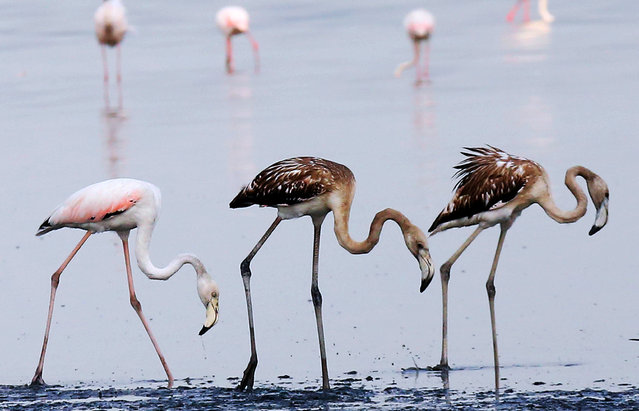 Flamingoes are pictured feeding off a beach north of Kuwait City on October 8, 2019. (Photo by Yasser Al-Zayyat/AFP Photo) 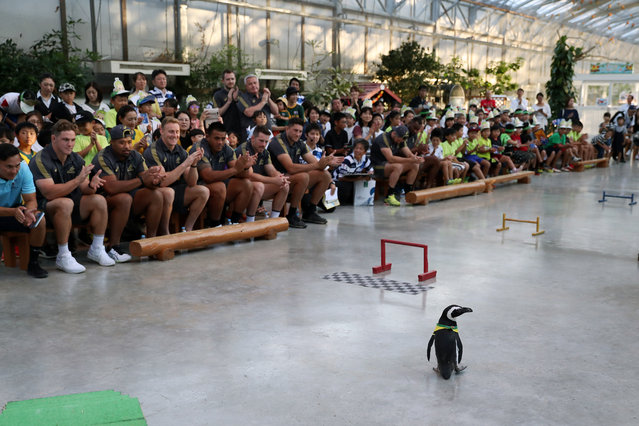 The Wallabies rugby players watch a bird display during a visit to Kakegawa Kachoen on October 10, 2019 in Kakegawa, Japan. (Photo by Dan Mullan/Getty Images) 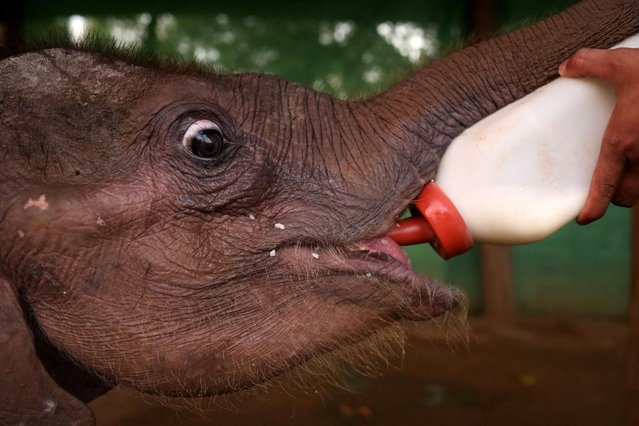 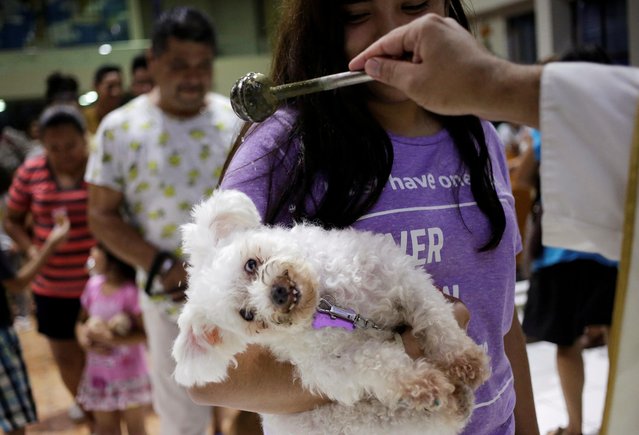 A priest sprinkles holy water on a dog as a part of a religious blessing ceremony to honor Saint Francis of Assisi at the Saint Joan the Evangelist Church in the municipality of Escobedo, Mexico October 3, 2019. (Photo by Daniel Becerril/Reuters) 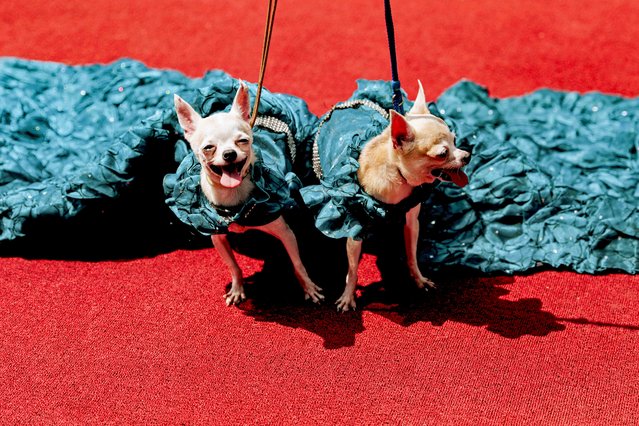 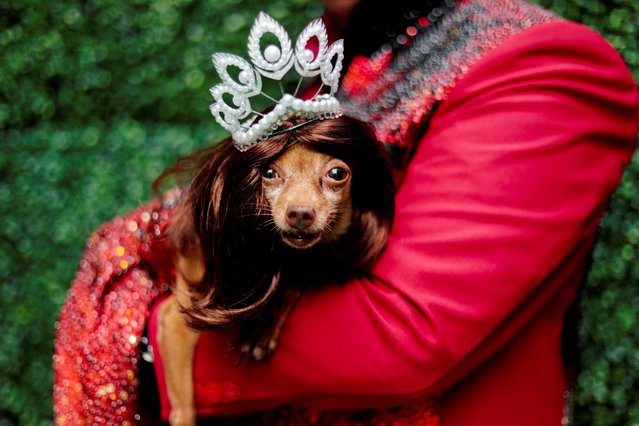 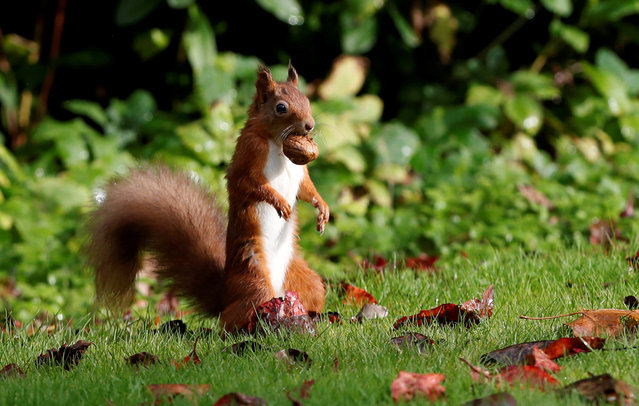 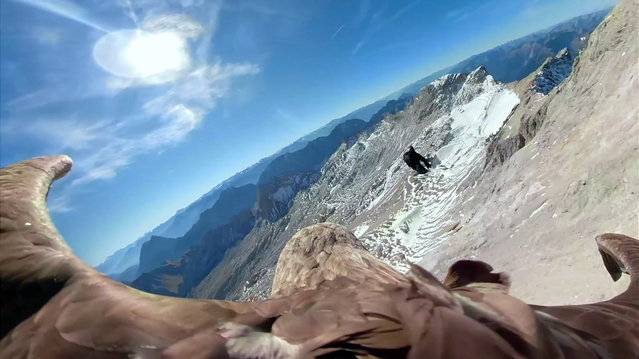 In this image made from video provided by Eagle Wings Foundation/Chopard, aerial footage shot by a camera attached to an eagle of a glacier in Western Europe. A white-tailed eagle is filming as he flies over the Alps and its once-magnificent glaciers, which are now crumbling because of global warming. The eagle named Victor will embark upon a series of flights in the first week on October 2019, filming as he soars over the Alps. Organizers hope that his spectacular eagle’s-view footage will help jolt the world out of its climate-change apathy and toward swifter action to combat its effects. (Photo by Eagle Wings Foundation/Chopard via AP Photo) 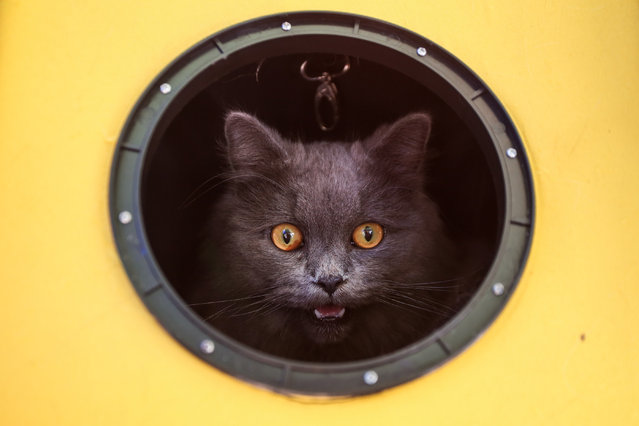 A cat meows while looking out from its carrier as animals and their owners gather at Our Ladies of Remedies Parish in the Malate area of Manila on October 6, 2019, for an annual pet blessing ceremony. The event was in part of celebrations to mark the Feast of St. Francis of Assisi, the patron saint for ecologists, honouring his boundless love for animals and nature. (Photo by Jam Sta Rosa/AFP Photo) 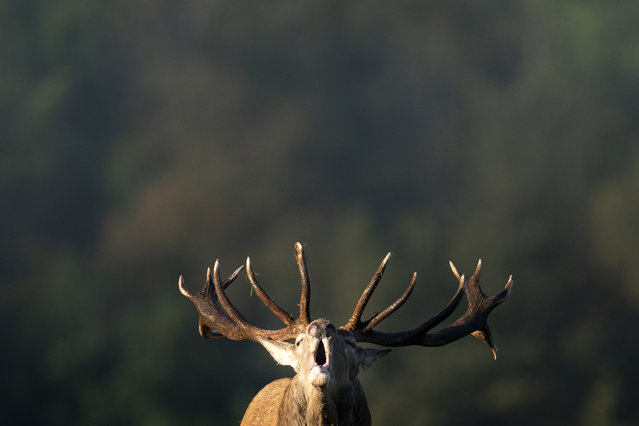 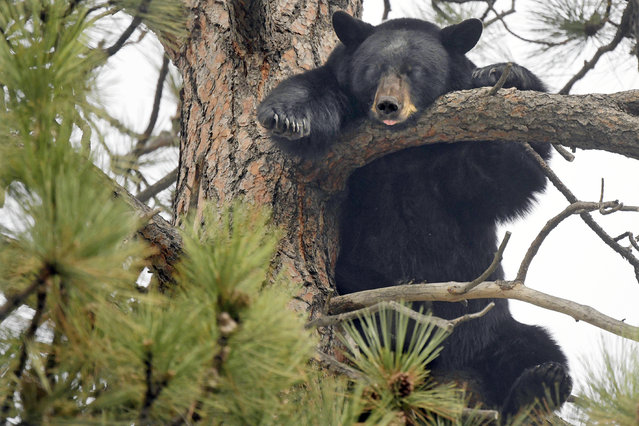 In this Thursday, October 3, 2019 photo, a female black bear sleeps with its tongue out high up in a Ponderosa pine tree near Clark Fork School in the Rattlesnake neighborhood of Missoula, Mont. The bear's cub, not pictured, was snoozing on a nearby branch. (Photo by Tommy Martino/The Missoulian via AP Photo)
Edit Del
13 Oct 2019 00:03:00, post received 0 comments
Publication archive:
←   →
Popular tags:
All tags
Last searches: