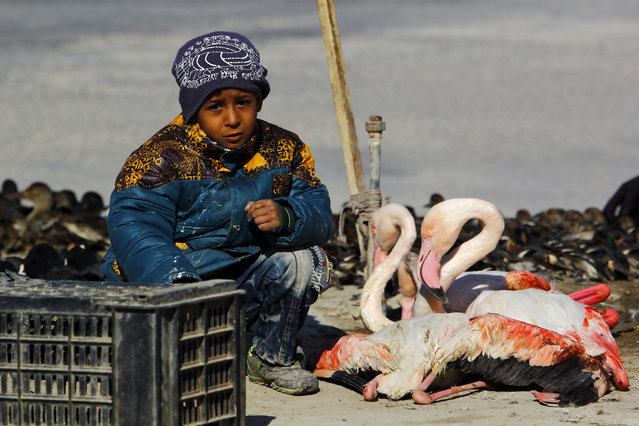 An Iraqi boy sits next to flamingo birds lined up for sale at a black market in the holy Shiite city of Najaf, on January 24, 2017. Flamingo birds, who find temporary residence in Iraq's everglades during winter, are becoming victims of illegal trade and hunting. They are sold for around 13 USD on the Iraqi black market. (Photo by Haidar Hamdani/AFP Photo) 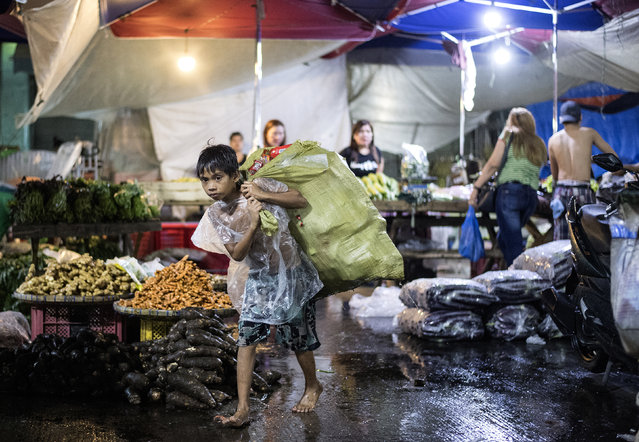 A Philippine boy collects used plastic bottles to be sold at a junk shop at Divisoria market in Manila on November 29, 2017. (Photo by Noel Celis/AFP Photo) 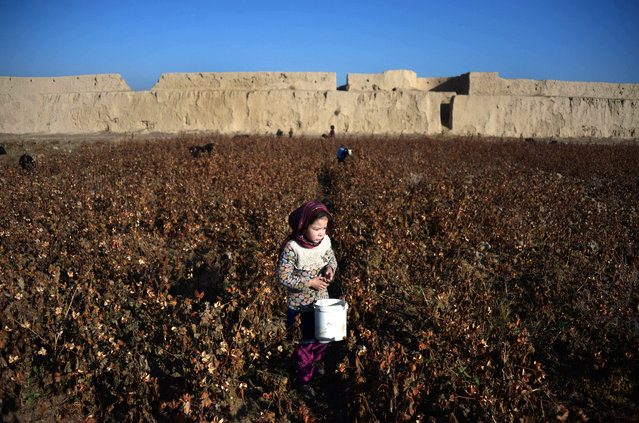 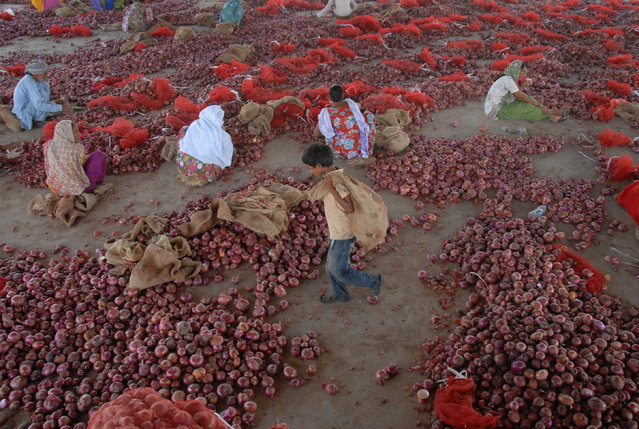 An Indian child carries a bag of of sub-standard onions as workers sort out onions at a wholesale vegetable market in Jalandhar on September 29, 2015. (Photo by Shammi Mehra/AFP Photo) 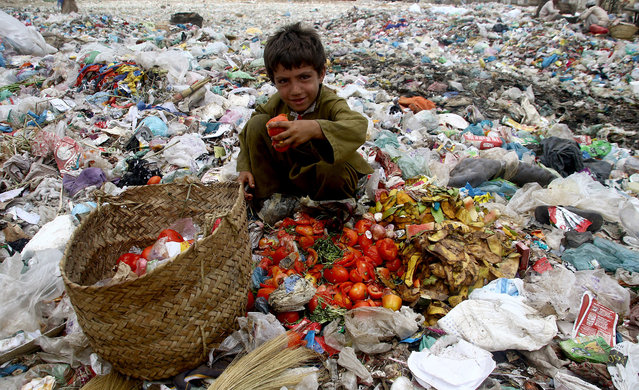 A Pakistani boy collects items from garbage dumps on a roadside in Karachi, Pakistan, 31 May 2016. According to the Pakistan's Human Development Index (HDI), over 60 percent of Pakistan's population live under one USD a day. (Photo by Shahzaib Akber/EPA) 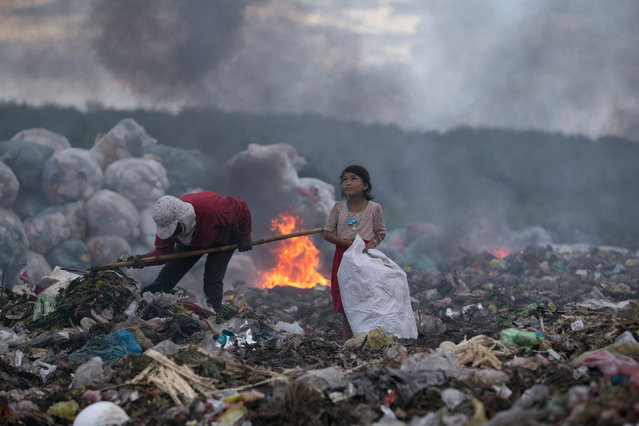 Winner of Ciwem environmental photographer of the year 2017: Quoc Nguyen Linh Vinh for “The hopeful eyes of the girl making a living by rubbish”. Vinh’s winning photo is a poignant image of a child and her mother collecting waste. Vinh said “The child was happy, looking at the dark clouds and chatting to her mother. This was so touching. She should have been enjoying her childhood and playing with friends rather than being there”. (Photo by Quoc Nguyen Linh Vinh/2017 Ciwem environmental photographer of the year) 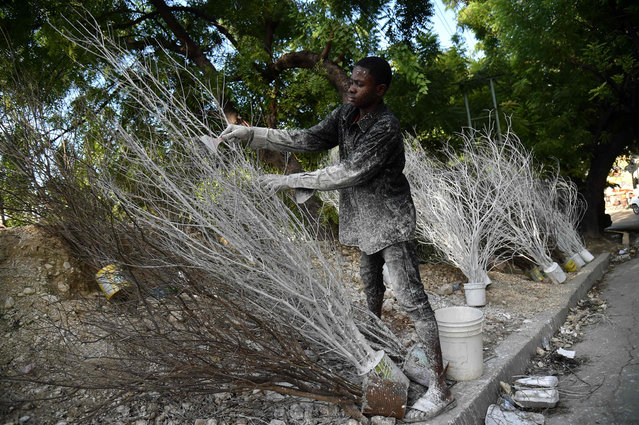 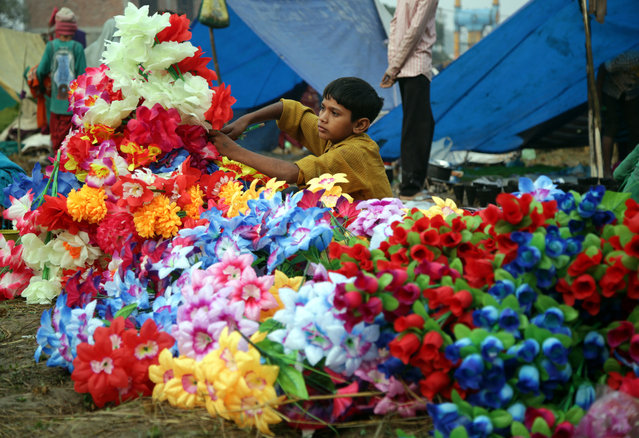 An Indian boy prepares the bunches of artificial flowers for sale during the annual Farmers Fair at Shama Chak Jhiri, some 22 km from Jammu, the winter capital of Kashmir, India, 03 November 2017. Every year hundreds of vendors from Punjab, Haryana, Rajasthan and Utter Pradesh come to farmers fair to setup their business in a week-long fair. Farmers in huge numbers from all over India gather to pay tribute to the Samadhi or tomb of legendary farmer Baba Jit Mal, popularly known as Baba Jitto who sacrificed his life for the liberation of the farming community. (Photo by Jaipal Singh/EPA/EFE) 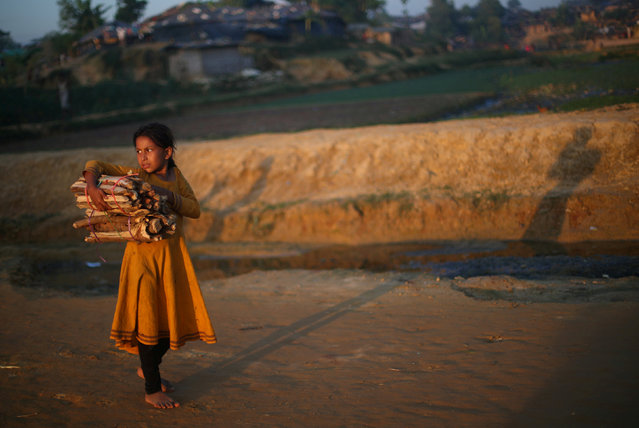 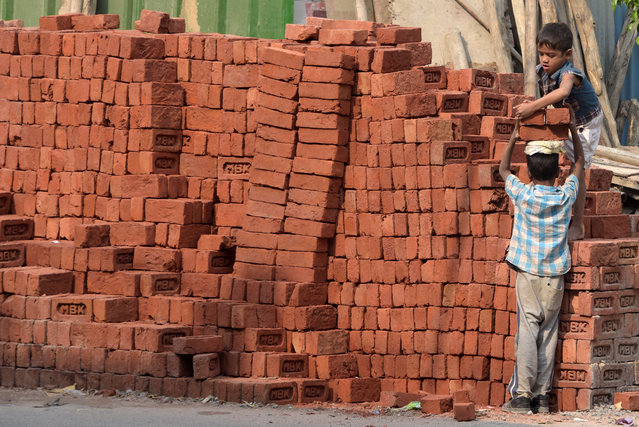 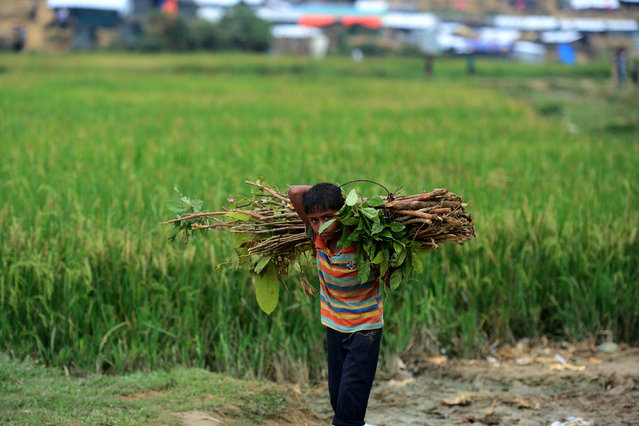 A Rohingya refugee child walks back to his house with a bundle of wood at Thankhali refugee camp in the Bangladeshi district of Ukhia on November 17, 2017. An estimated 618,000 Muslim Rohingya have fled mainly Buddhist Myanmar since a military crackdown was launched in Rakhine in August triggered an exodus, straining resources in the impoverished country. (Photo by Munir Uz Zaman/AFP Photo)
Edit Del
30 Nov 2017 08:22:00, post received 0 comments
Publication archive:
←   →
Popular tags:
All tags
Last searches: