Fact «Free Pussy Riot!» (UPDATED)
“On Friday, after something of a show trial, three young women in a Russian punk band were found guilty and sentenced to two years in prison for an anti-Vladimir Putin protest in a Moscow cathedral earlier this year.

Western governments and rights groups condemned the harsh sentence – even the Russian Orthodox Church had asked for clemency.

But, despite its high profile, the p*ssy Riot trial was just one on a long list of crackdowns on freedom of expression that human rights activists and observers have compiled since Putin returned to the Russian presidency in May.

p*ssy Riot, an all-female band, had performed their song, Madonna, Drive Putin Away at an Orthodox cathedral in Moscow on Feb. 21. The performance was uploaded to YouTube.

On the eve of the March 4 presidential vote, the first arrests took place and on March 15 they were changed with hooliganism.

Even before the trial began, the case was proceeding with dubious legality. For many Western observers, the charges and trial were almost incomprehensible”. – Daniel Schwartz via CBC News 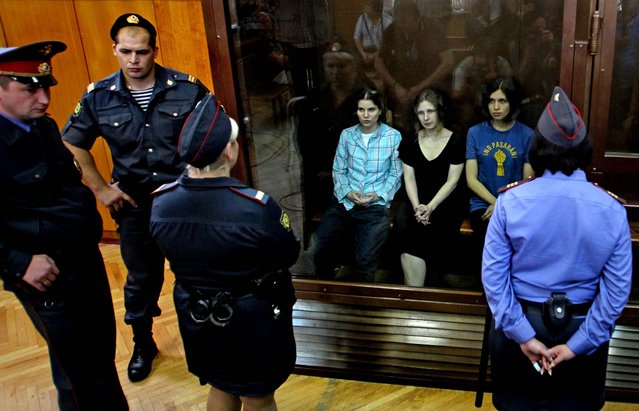 Yekaterina Samutsevich, Maria Alekhina and Nadezhda Tolokonnikova sit behind a glass wall at the court in Moscow. (Photo by Mikhail Metzel/Associated Press) 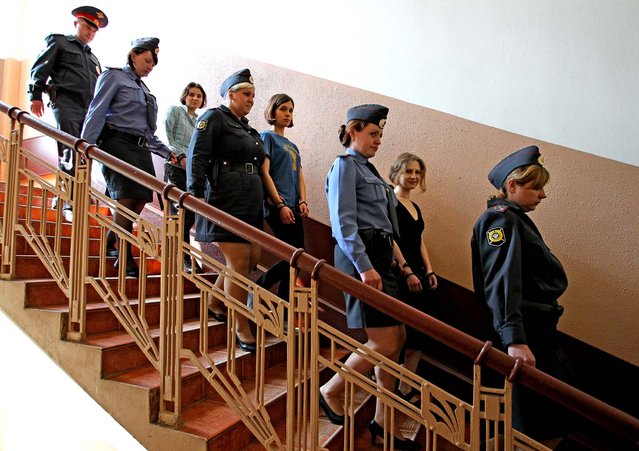 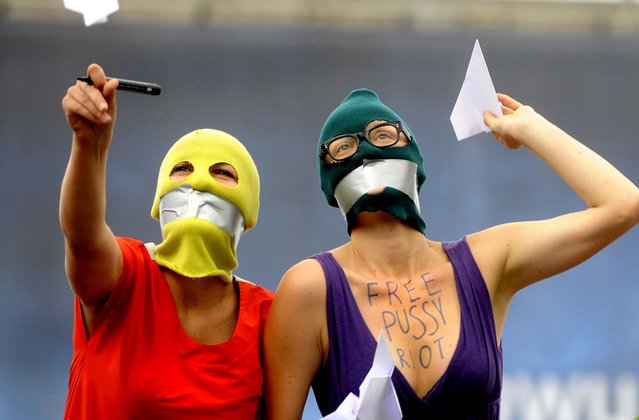 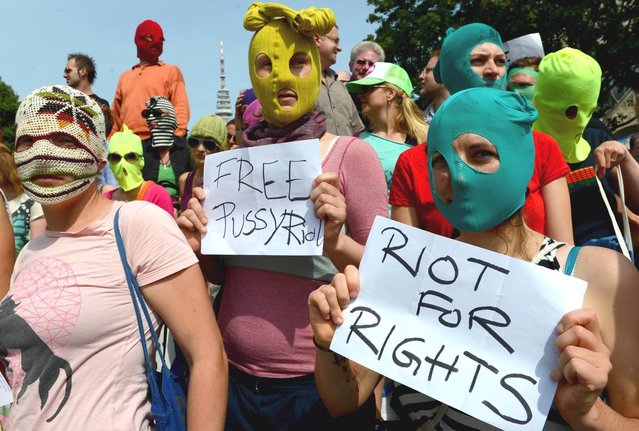 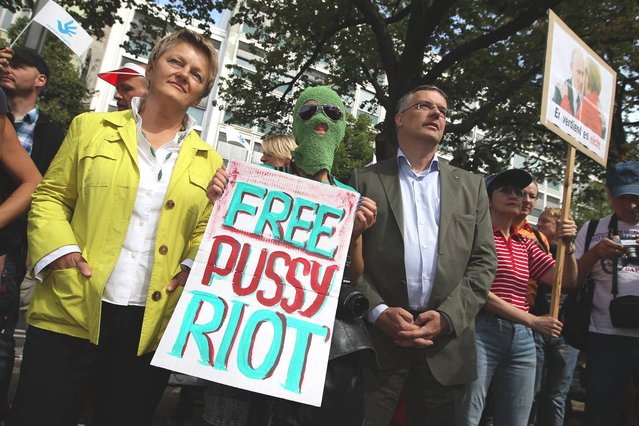 Renate Kuenast (L) of the German Greens Party and Markus Loening, German Federal Human Rights Commissioner, join supporters of the Russian female punk band p*ssy Riot protesting outside the Russian embassy on August 17, 2012 in Berlin, Germany. A Moscow court is scheduled to announce a verdict in the trial of the three musicians later today in a case that has attracted global attention over the issues of freedom of speech and artistic expression in modern Russia. (Photo by Sean Gallup) 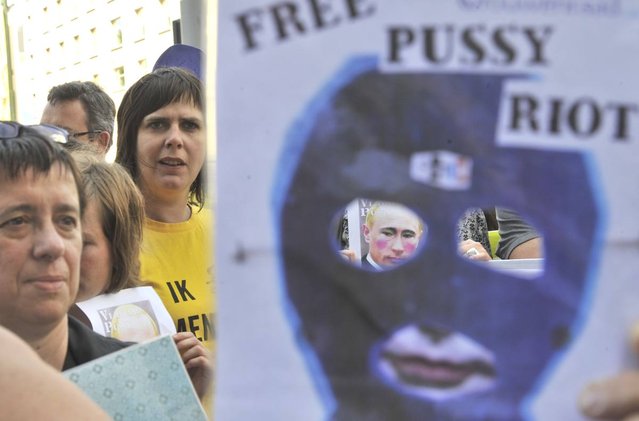 A woman wears on her chest the text “free p*ssy riot” as a demonstration by supporters of the jailed feminist punk band p*ssy Riot takes place outside the Russian Embassy on August 17, 2012 in London, England. The three women who staged an anti-Kremlin protest in a church in February, were found guilty today of hooliganism motivated by religious hatred, and could face a three-year jail sentence. Supporters are gathering in several cities around the world today as a mark of solidarity. (Photo by Dan Kitwood) 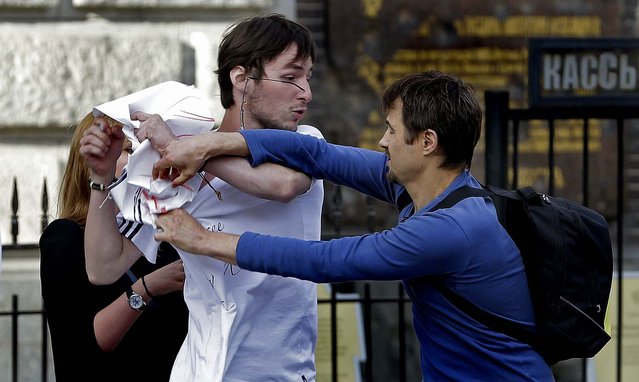 An Orthodox Russian, right, pulls at a poster held by a demonstrator supporting p*ssy Riot in front of the Savior of Spilled Blood Cathedral in St. Petersburg. (Photo by Dmitry Lovetsky/Associated Press) 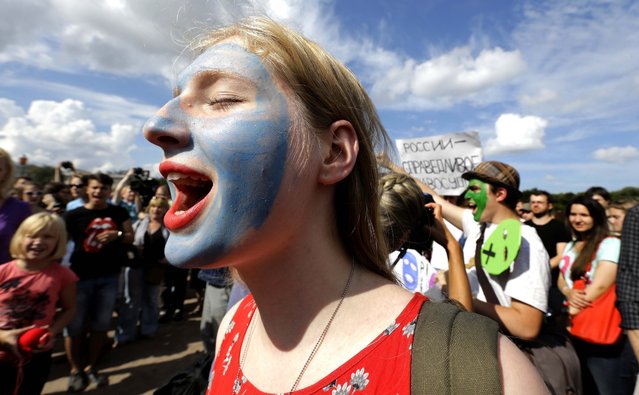 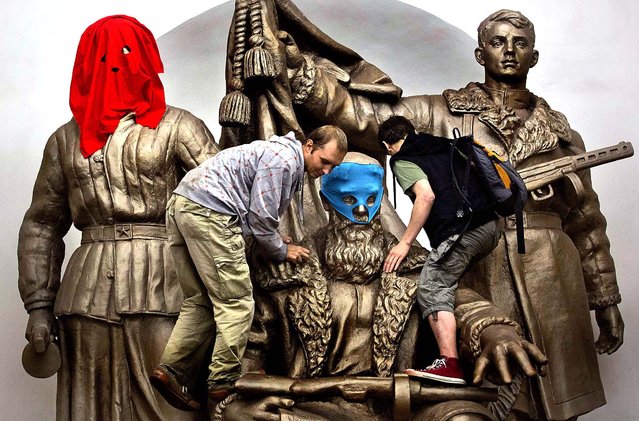 p*ssy Riot supporters place masks on a monument to WWII heroes to resemble members of the group, at a subway station in Moscow. (Photo by Yevgeny Feldman/Novaya Gazeta) 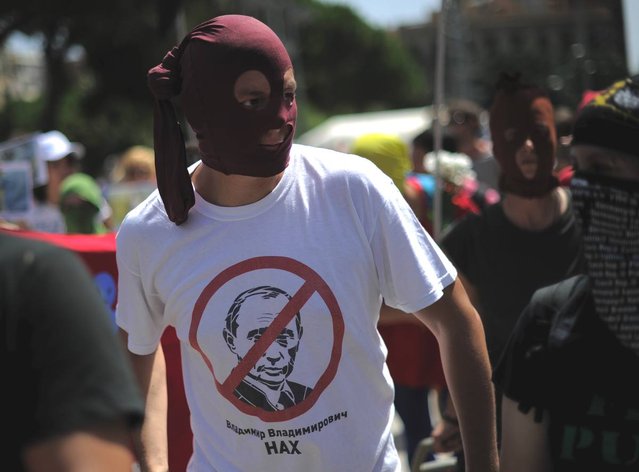 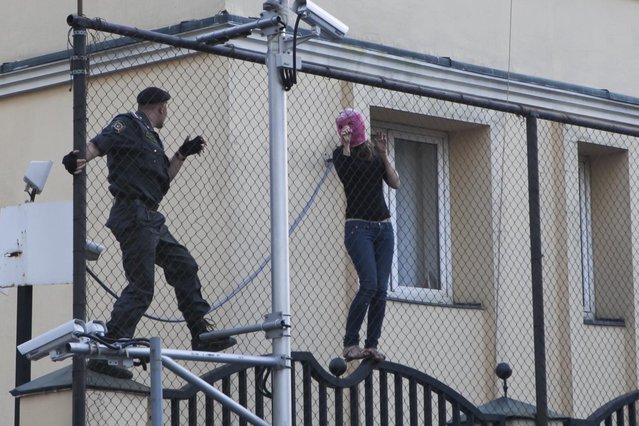 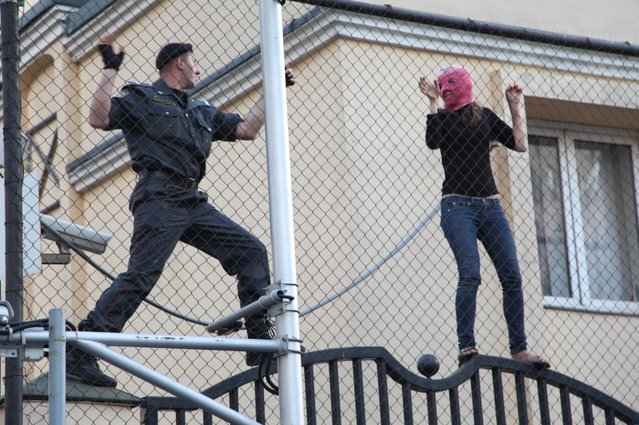 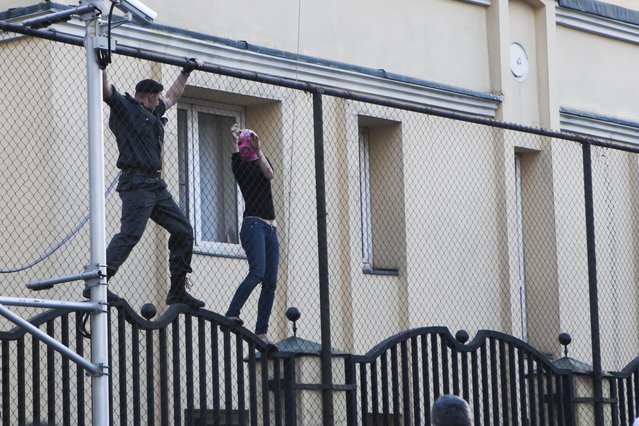 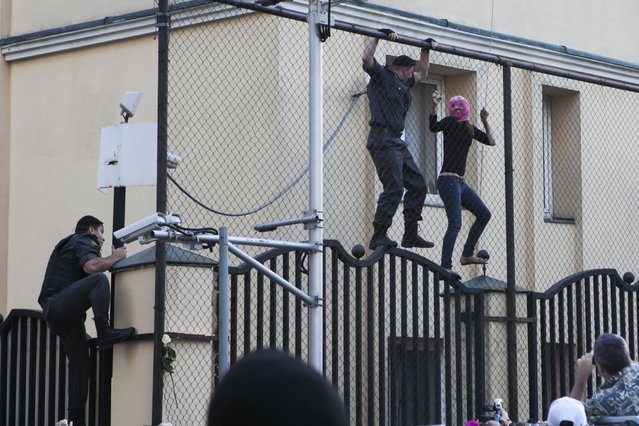 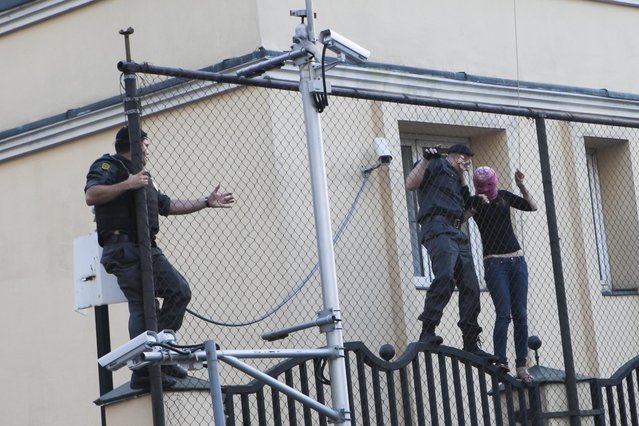 The Moscow riot police tries to arrest the protesting Tatyana Romanov IN the TERRITORY of EMBASSY of TURKEY IN MOSCOW. Near embassy there was a meeting (mere coincidence); the girl stood on a metal design near an embassy fence. Two idiots-policemen tired out it on the embassy territory. The ambassador of Turkey didn't give out the girl of police. (Photo by Michail Dshaparidze/Rubikon News; More photos here) 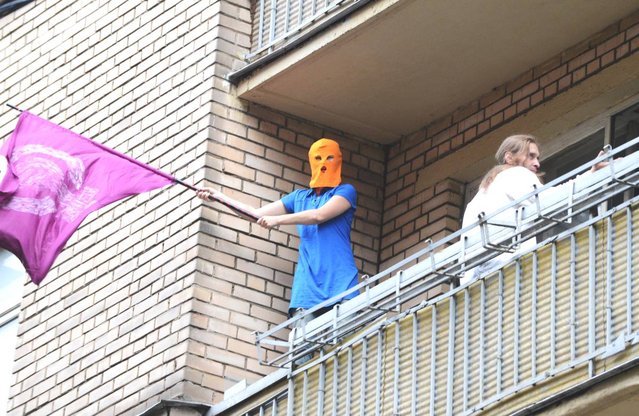 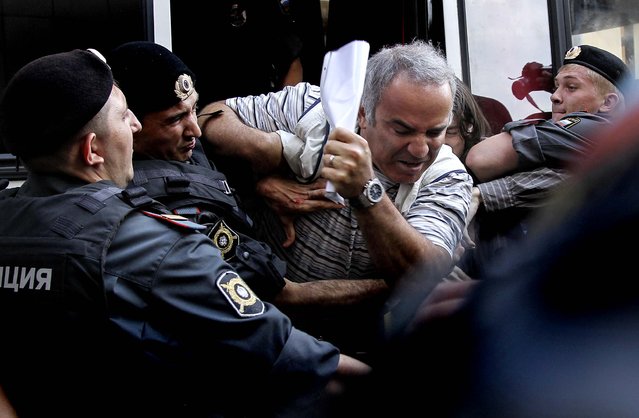 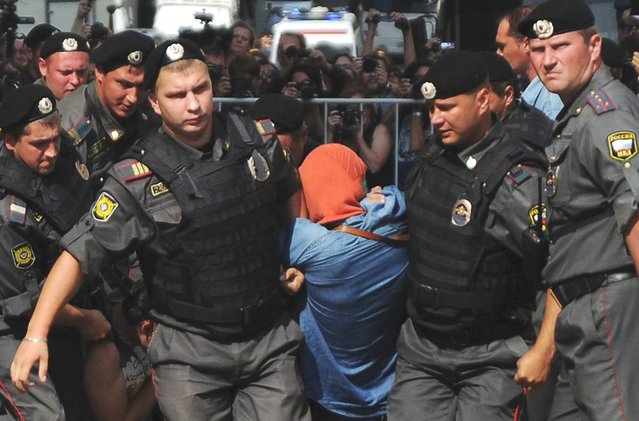 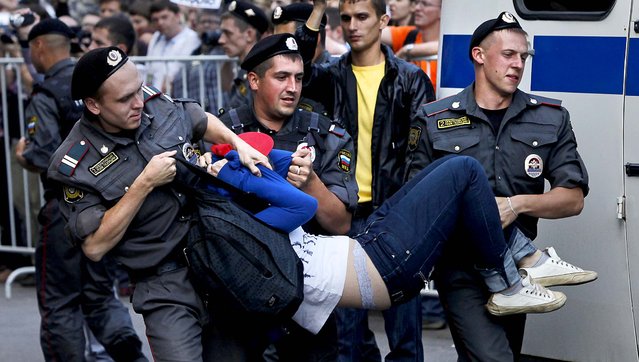