Fact Images of the Displaced 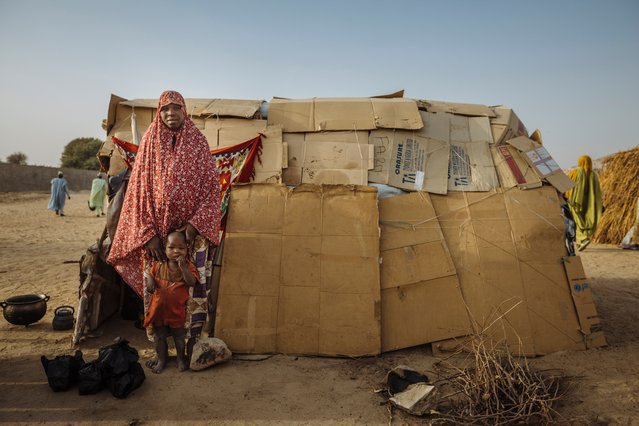 The ferocity of crises worldwide is forcing a record number of people to flee their homes, seeking some form of safety within their own country or across international borders. There are 65.3 million displaced people worldwide, including 21.3 million refugees. Most have lost their homes to armed conflict or natural disasters but other factors, such as extreme poverty and climate change, also drive displacement. The International Organisation for Migration commissioned photojournalist Muse Mohammed to document the plight of the displaced. Here: A woman and her child pose in front of their house made of cardboard in the Farm Centre Internally Displaced Persons camp in Maiduguri, Nigeria. Put together using any materials available, the shelter is unable to withstand the rainy season. Like many Internally Displaced Persons living in Maiduguri, this family fled their villages in north-Eastern Nigeria because of attacks from Boko Haram. (Photo by Muse Mohammed/IOM) 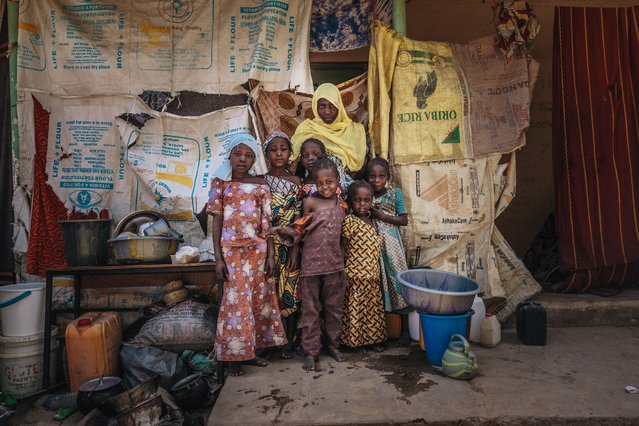 Atai and her children pose in front of their makeshift shelter in the one of the IDP camps in Maiduguri, Nigeria. It is largely constructed from burlap sacks. Atai had lived with her family, working as a tailor, in her village, Bama. Just over two years ago, Atai and her children fled when Boko Haram attached the village. Boko Haram kidnapped her daughter and killed her husband during the brutal attack. (Photo by Muse Mohammed/IOM) 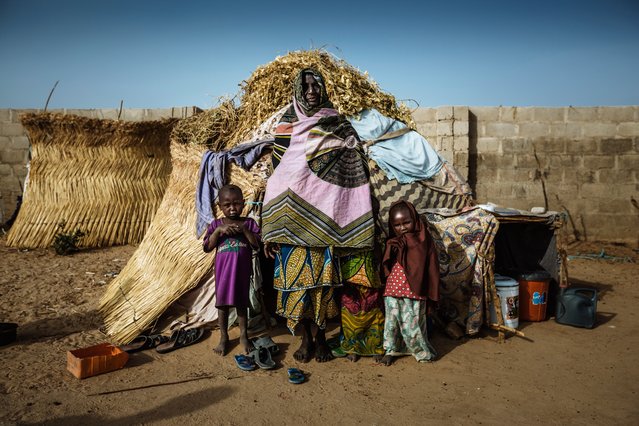 A woman stands with her grandchildren outside of the small straw house, where they all live. The family fled their village months earlier, when it was attacked by Boko Haram, and now live in a host community in Maiduguri, Nigeria. (Photo by Muse Mohammed/IOM) 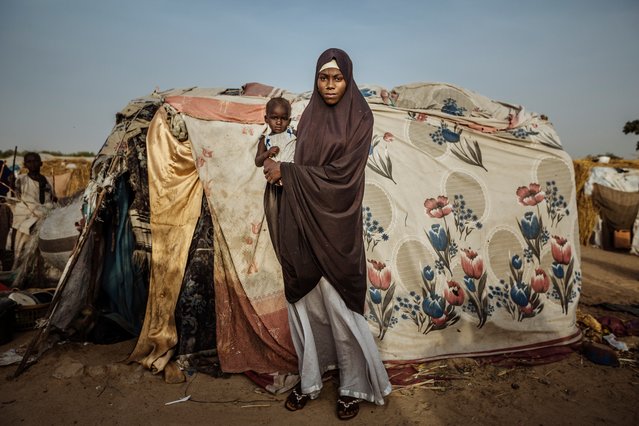 A woman and her child pose outside of their makeshift home built from a collection of fabrics inside the Farm Centre IDPs camp in Maiduguri, Nigeria. (Photo by Muse Mohammed/IOM) 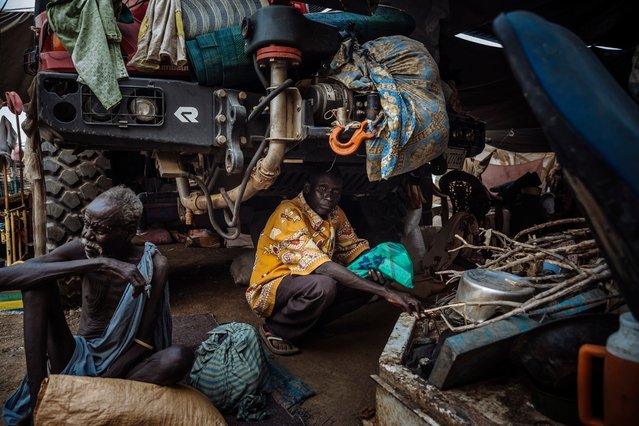 Angelo lives at the UN base in Malakal, South Sudan. A Shilluk and local resident of Malakal town, he fled to the base with his family in late 2013 when fighting erupted in the town between several residents of different ethnic groups. Living in a small tent in relative peace, there was an outbreak of fighting within the base in February 2016 resulting in nearly a third of the camp being burned to the ground, including Angelo’s home. He and his family now sleep under a truck in the depot. (Photo by Muse Mohammed/IOM) 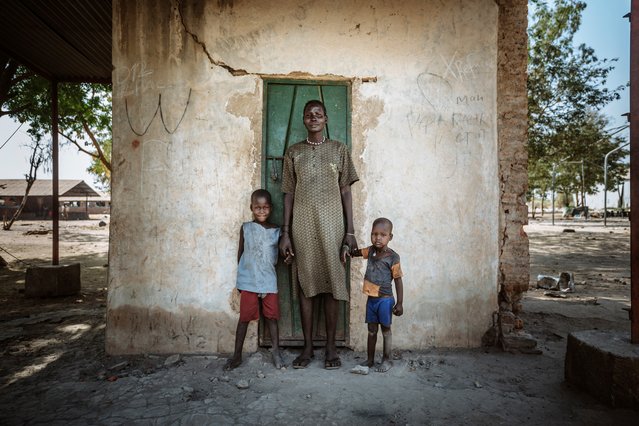 A woman stands with her two children outside a square building in Bentiu Town, South Sudan. Formerly attached to a larger building, the square room, which is all that remains now, is where this young family has been living for the past six months. (Photo by Muse Mohammed/IOM) 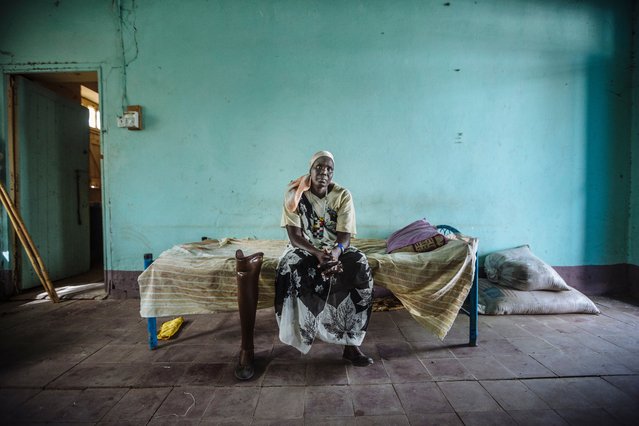 Sitting on a bed within a church compound, Sarah Nyan Gan Makuei is among the many former residents of the Malakal PoC. An opportunity came for Sarah and her family to escape to Juba through a chartered flight offered by a local oil company but she and her family had to travel to the remote town of Paloich to catch it. Sarah had lost her leg in 1995 in a car accident. Unable to make the long trek up to Paloich, she made the difficult decision to stay behind while her husband took their six children to Juba in hope of a better life. (Photo by Muse Mohammed/IOM) 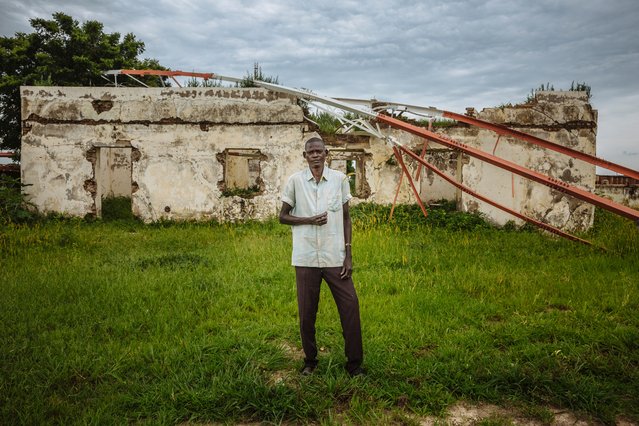 Peter Lall lives in a destroyed building in Abyei, a contested territory between Sudan and South Sudan. He, with many other local residents, fled the town of Abyei in 2011 when Sudanese forces attacked, resulting in widespread damage to several homes and infrastructures. Following his displacement in Agok, Peter returned to Abyei in 2013 and began living in this building, next to the site where his father died during the attack. (Photo by Muse Mohammed/IOM) 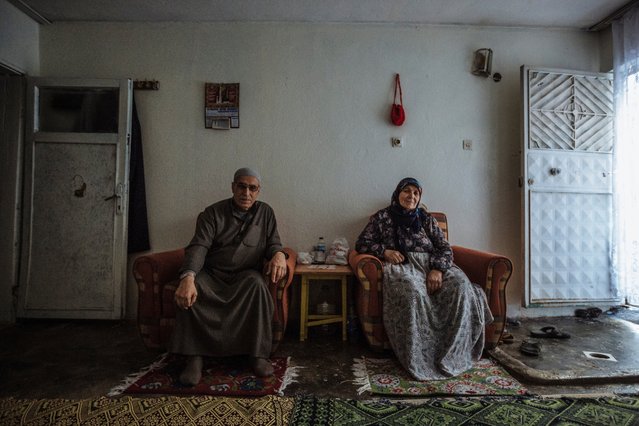 Hamdo and Hamadi are an elderly Syrian refugee couple from Aleppo. During the early years of the conflict, they decided to move back to their village in the countryside once the bombs started dropping in the city centre, where their four children and their families lived. While safe for a short time, a rocket eventually hit their home, killing their son, Ali, and his entire family. Their deaths pushed them finally to leave Syria and flee to Turkey with their three remaining children. They have been living there for the past three-and-a-half years. (Photo by Muse Mohammed/IOM) 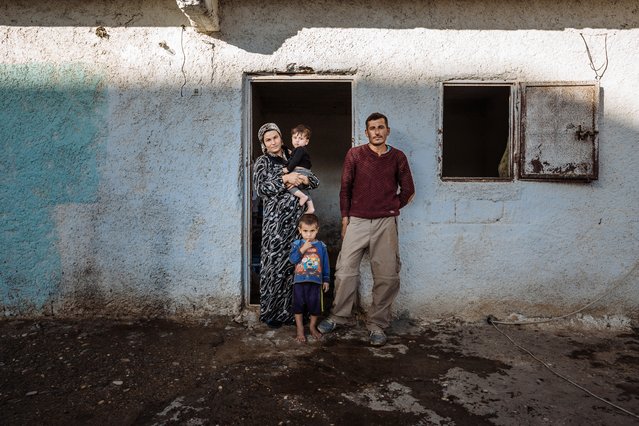 Zonan and Mustapha’s family live in a former stable for horses which they share with other families in Salinufra, Turkey. In the stable, each family uses a single stall, intended for one horse, with no heating, water, or electricity. Originally from Kobane, the family fled to escape the ongoing war in Syria and they have been living in the stable for the past six months. (Photo by Muse Mohammed/IOM) 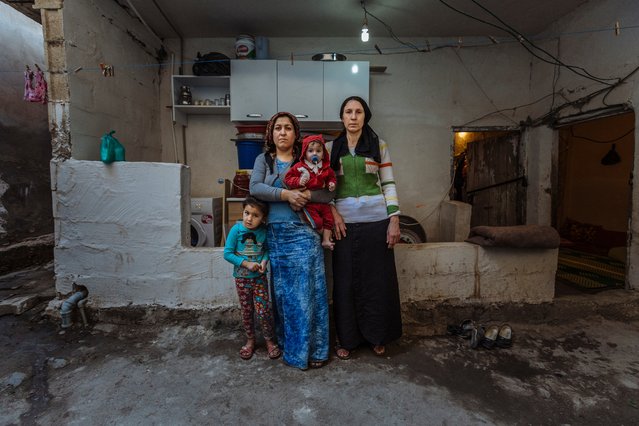 A Syrian family lives in a half-built house in Salinufra, Turkey. Originally from Kobane, the family have been living in the partly exposed house for the past 20 months, paying nearly $200 in monthly rent. (Photo by Muse Mohammed/IOM) 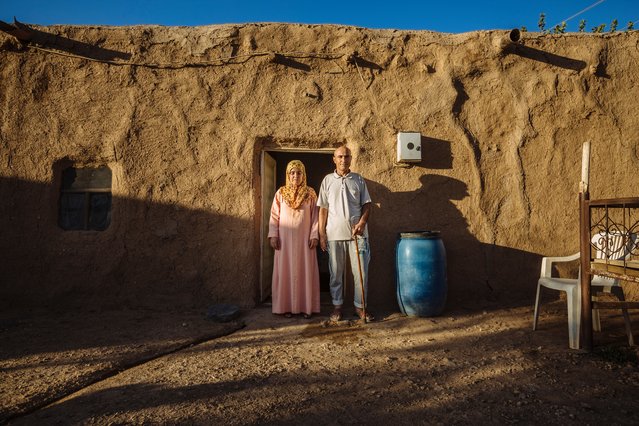 Ahmed and his wife, Ismah, live in a mud house straddling the border with Syria near their hometown of Kobane. The mud house has been their home since fleeing to Turkey two years ago, when they came across it. The mud helps the house remain cool during the summer months, and warm during the winter. (Photo by Muse Mohammed/IOM) 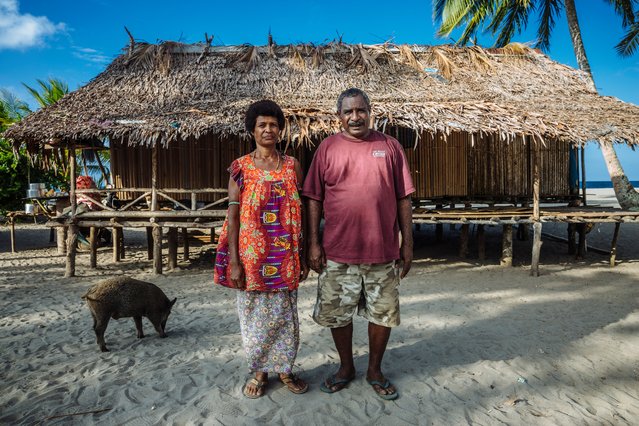 Mike and Alice are villagers from Killerton, Papua New Guinea, where they live in the house they built themselves several years ago. They were displaced from their village when a flood tore through it in 2007. Before the water could reach them, Mike and a few villagers managed to saw his home in half and move it out of the path of the deluge before repairing it again. They continue to live in the same house. (Photo by Muse Mohammed/IOM) 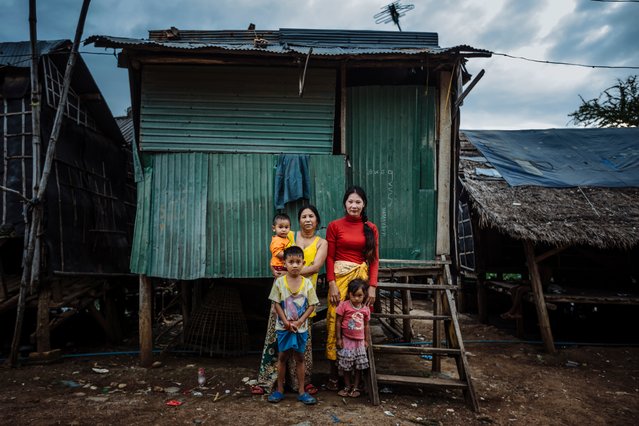 Roumkun lives with her daughter and grandchildren in a shelter built by her son in 2005 along an uncompleted railroad in Poipet, Cambodia. They came from a small village and hoped to travel to Thailand, where wages are three times higher than in Cambodia. They became trapped near the border because of issues when trying to cross. Now they rely on money transfers from those children who made it successfully to Thailand. With the government planning to complete the railroad and evict people from the informal houses, Roumkun is not sure what the future holds. (Photo by Muse Mohammed/IOM) 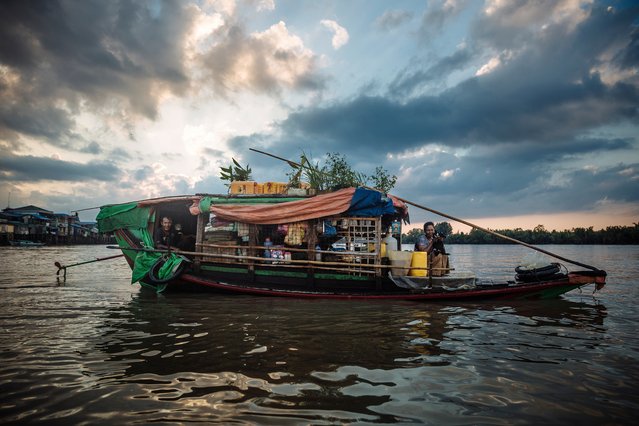 Tin and Naing win live on a small boat which they sail throughout the Delta region in Myanmar. The former gardeners once had a home on land but it was destroyed when a powerful cyclone ravaged the area in 2008. Since then, the couple have not been able to afford to rebuild their home, so they live on the boat from which they sell fish paste to make a living. (Photo by Muse Mohammed/IOM)
Edit Del
02 Jan 2017 12:04:00, post received 0 comments
Publication archive:
←   →
Popular tags:
All tags
Last searches: