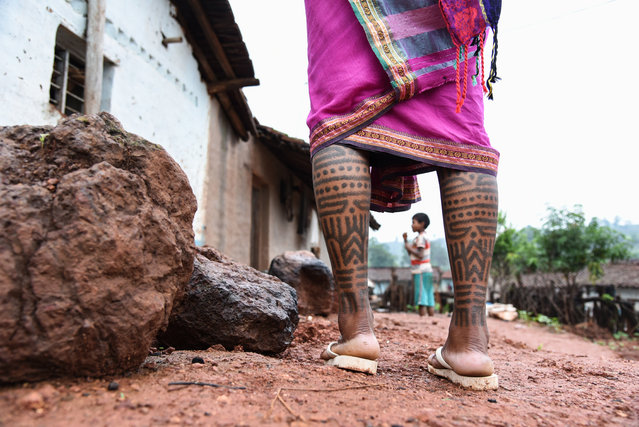 For more than 2,000 years, women from the Baiga tribe in the highland district of Dindori, in central India’s Madhya Pradesh state, have been tattooed. Sumintra, 25, from Bona village, has the markings across her forehead, legs and arms. The women who work as tattoo artists are knowledgable about the different types of designs and pigments preferred by various tribes, and their meanings are passed to them by their mothers. The tattooing ‘season’ begins with the approach of winter. (Photo by Ronny Sen/WaterAid/The Guardian) 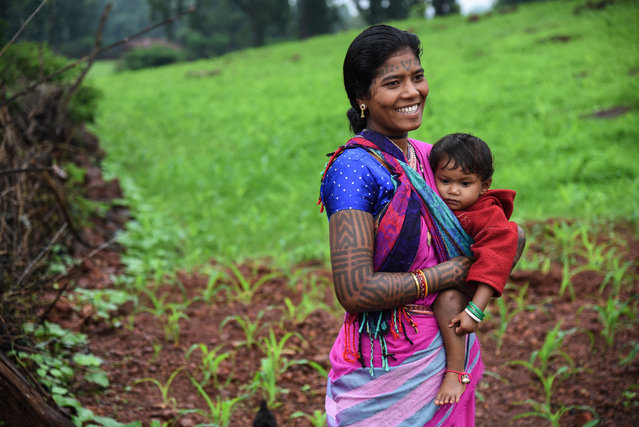 Traditionally, girls are tattooed between the ages of 10 and 12. The practice is steeped in myth and folklore, with specific designs for each part of the body. It is believed that the pain endured during tattooing prepares a girl for childbirth, with the tattoo signifying their identity in heaven after death. (Photo by Ronny Sen/WaterAid/The Guardian) 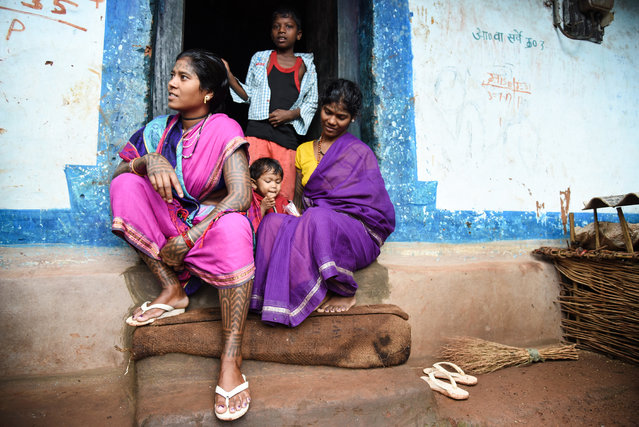 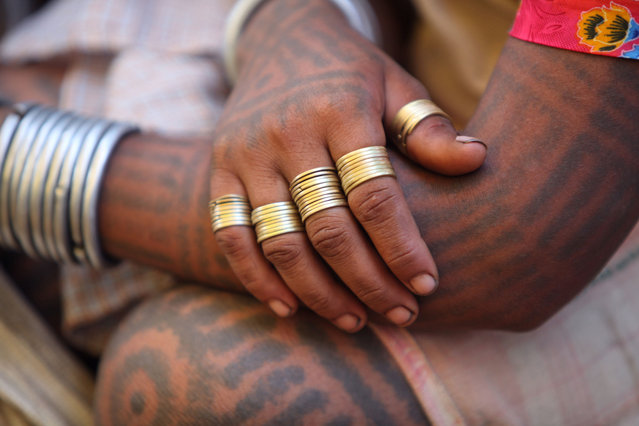 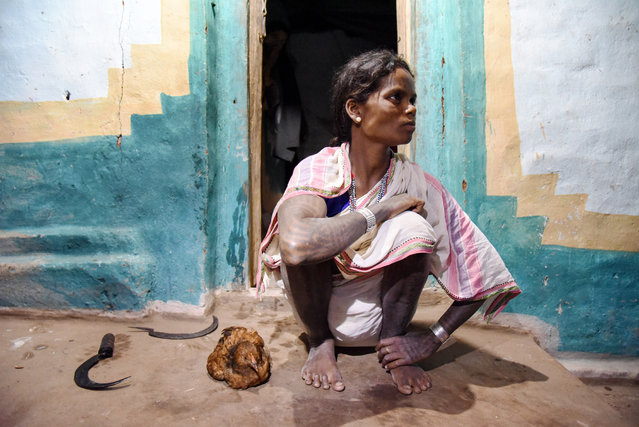 “Tattoos are part of the identity of the Baiga. My parents told me to get it done”, says Ujiyaro Bai, 36, who lives in the Baiga Chak belt of Dindori district. “When I was around 12 years old, my forehead was tattooed. Then from my elbow to my hand, and then between my elbow and shoulder. The following year I had it done from my knee to my feet. First at the front, then at the back”. (Photo by Ronny Sen/WaterAid/The Guardian) 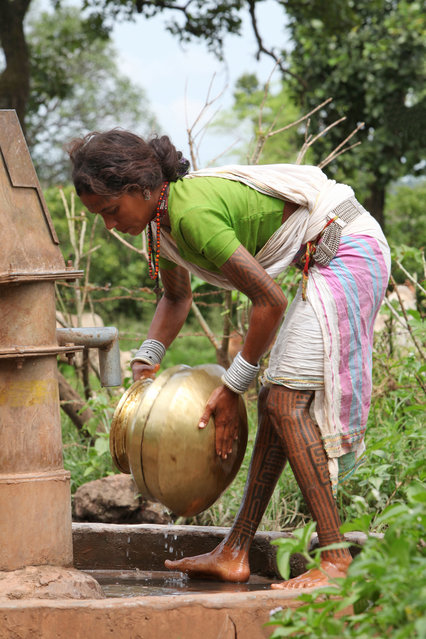 But the simple life of a remote people is changing. And as schools and roads are built, and mobile phones become more popular, girls have begun questioning traditions – and the need for tattoos. “Girls these days go to school and don’t want to get themselves tattooed, as it is very painful and it bleeds. They find it embarrassing”, says Ujiyaro. (Photo by Ronny Sen/WaterAid/The Guardian) 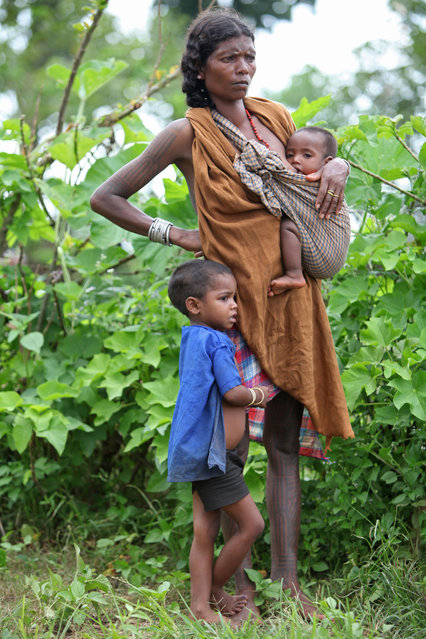 As girls mix with other young people outside their tribes, some are beginning to reject the cultural traditions of their families. (Photo by Ronny Sen/WaterAid/The Guardian) 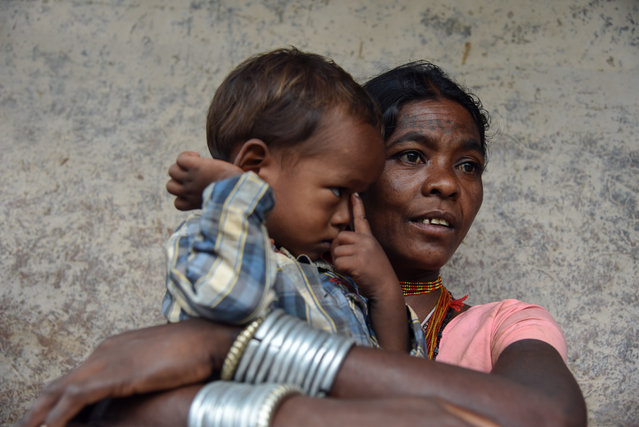 Kunwariya Bai, 40, pictured with her grandson, lives in Tantar village in Baiga Chak. She had her body tattooed before she got married, and believes it is important the tradition continues. “Baiga believe in this. It is all that is left of us after we die”, she says, adding that her granddaughter, Amratiya, who is five, will have her forehead tattooed when she is older. “We know it is painful but it is important for our identity. We do want her to study. We want her to become a teacher – otherwise she too will have to become a farmer”. (Photo by Ronny Sen/WaterAid/The Guardian) 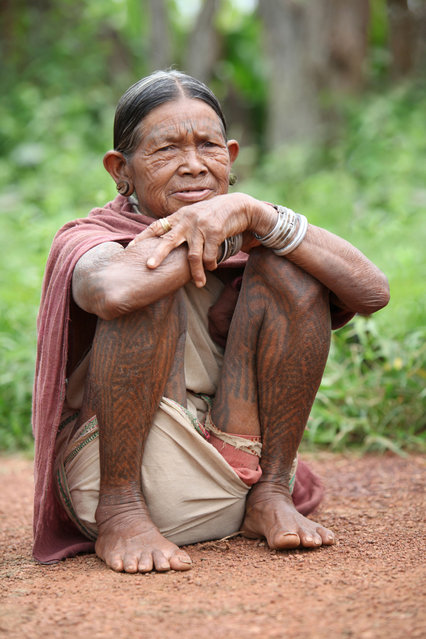 Other things in the region are slow to change. Safe water supplies, for example, are limited. Villages in the area are not connected to water sources and most people depend on open wells and springs for their daily needs. Many people in the region still choose to defecate in the forests and fields, even if they now have access to a toilet. (Photo by Ronny Sen/WaterAid/The Guardian) 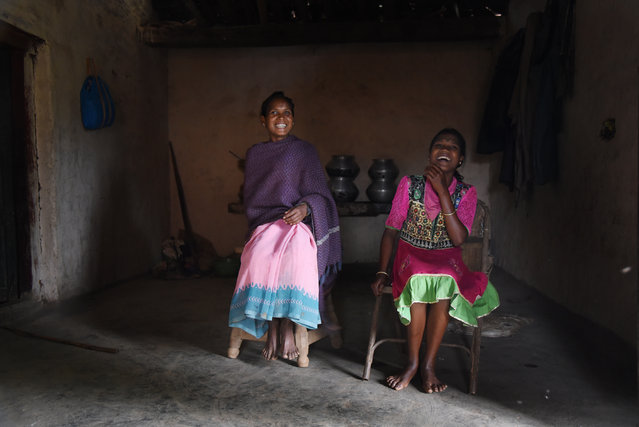 Badri, 40, has tattoos over most of her body, while her daughter, Anita Bai, 15, has just one – on her forehead. “I will not get it done on the rest of my body as I don’t like it”, she says. “This is a very painful process, and it starts bleeding. My classmates have also not got it done as we don’t like it”. Anita’s mother says times are changing: “The traditions are getting lost. These girls have started going to school and are choosing not to get their body tattooed”. (Photo by Ronny Sen/WaterAid/The Guardian)
Edit Del
19 Aug 2017 08:48:00, post received 0 comments
Publication archive:
←   →
Popular tags:
All tags
Last searches: