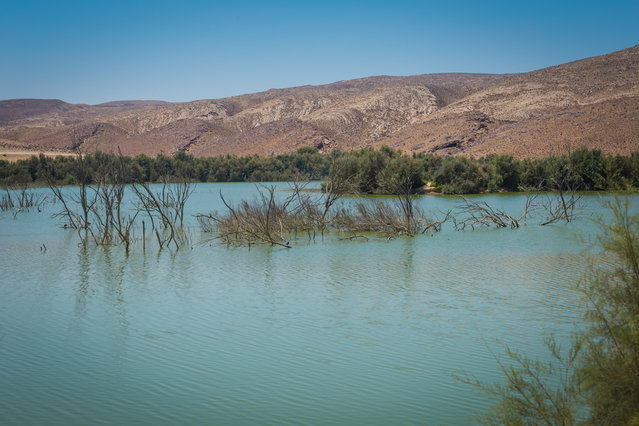 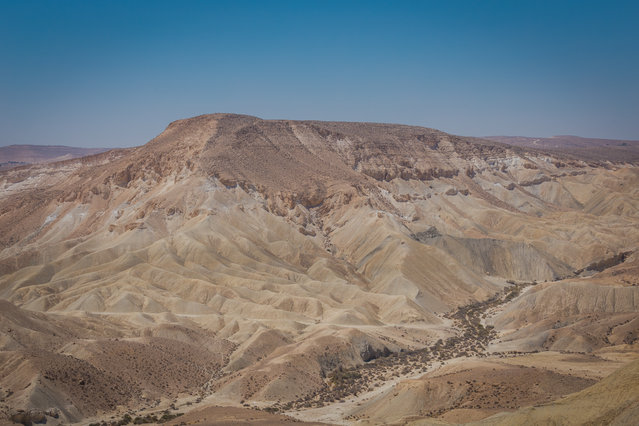 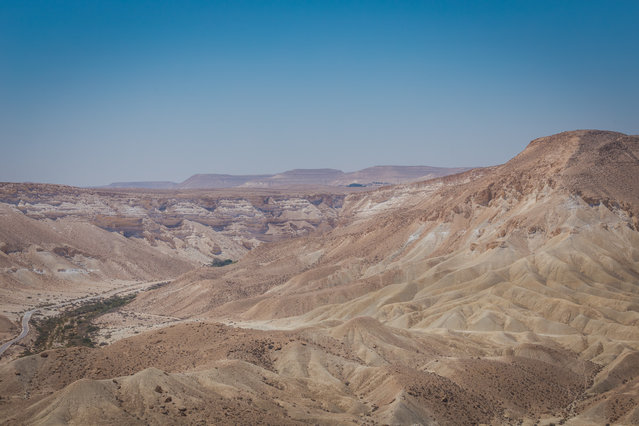 The desert is home to the Ben-Gurion University of the Negev, whose faculties include the Jacob Blaustein Institutes for Desert Research and the Albert Katz International School for Desert Studies, both located on the Midreshet Ben-Gurion campus adjacent to Sde Boker. 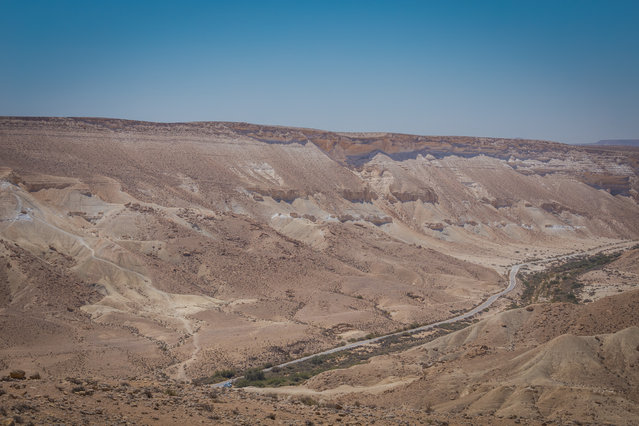 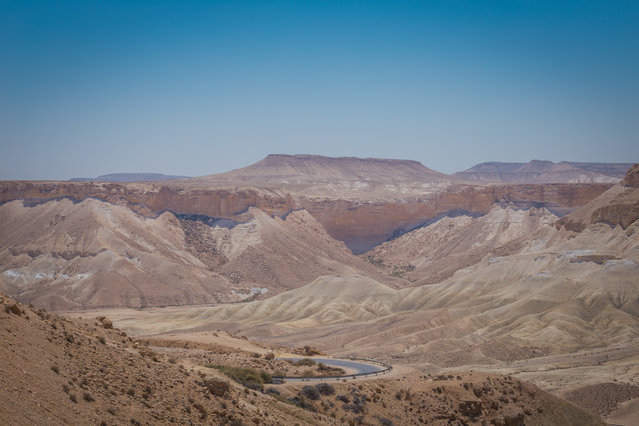 The Negev region is arid (Eilat receives on average only 24 mm of rainfall a year), receiving very little rain due to its location to the east of the Sahara (as opposed to the Mediterranean which lies to the west of Israel), and extreme temperatures due to its location 31 degrees north. However the northernmost areas of the Negev, including Beersheba, are semi-arid. The usual rainfall total from June through October is zero. Snow and frost are rare in the northern Negev, and snow and frost are unknown in the vicinity of Eilat in the southernmost Negev 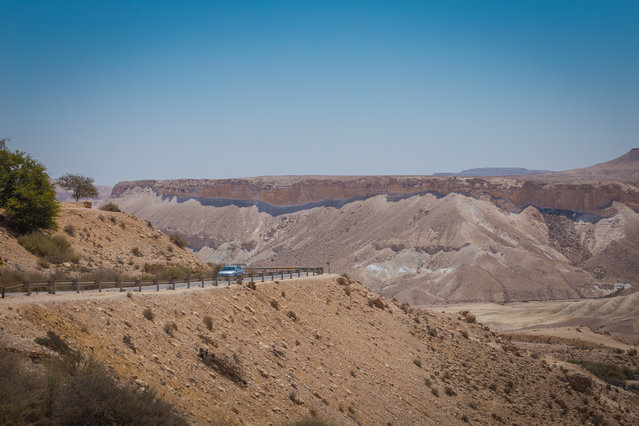 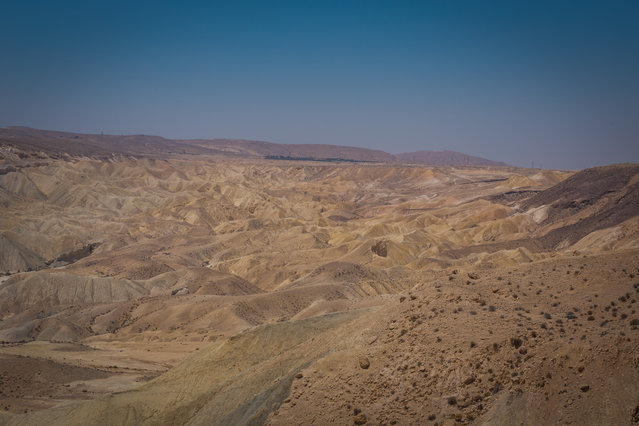 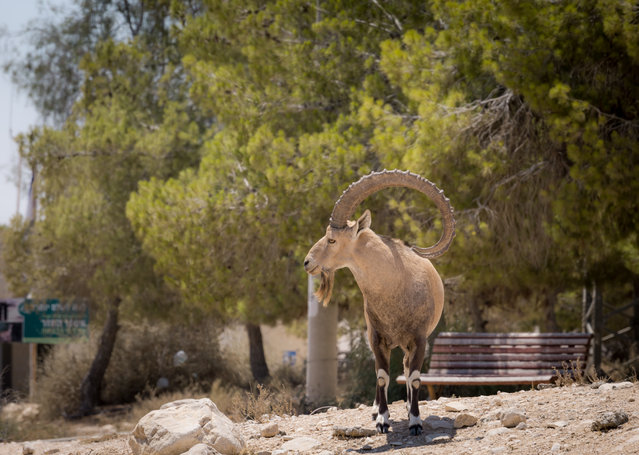 Vegetation in the Negev is sparse, but certain trees and plants thrive there, among them Acacia, Pistacia, Retama, Urginea maritima and Thymelaea.[6] A small population of Arabian leopards, an endangered animal in the Arabian peninsula, survives in the southern Negev. The Negev Tortoise (Testudo werneri) is a critically endangered species that currently lives only in the sands of the western and central Negev Desert.[8] The Negev shrew (Crocidura ramona) is a species of mammal of the family Soricidae found only in Israel.[9] Hyphaene thebaica or doum palm can be found in the Southern Negev. Evrona is the most northerly point in the world where this palm can be found. 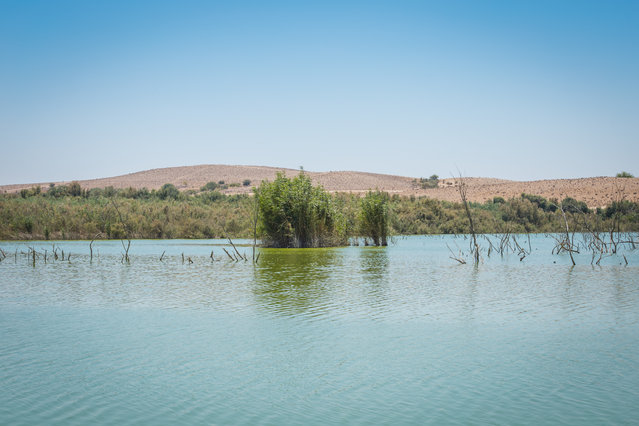 The Negev covers more than half of Israel, over some 13,000 km² (4,700 sq mi) or at least 55% of the country's land area. It forms an inverted triangle shape whose western side is contiguous with the desert of the Sinai Peninsula, and whose eastern border is the Arabah valley. The Negev has a number of interesting cultural and geological features. Among the latter are three enormous, craterlike makhteshim (box canyons), which are unique to the region; Makhtesh Ramon, Makhtesh Gadol, and Makhtesh Katan.