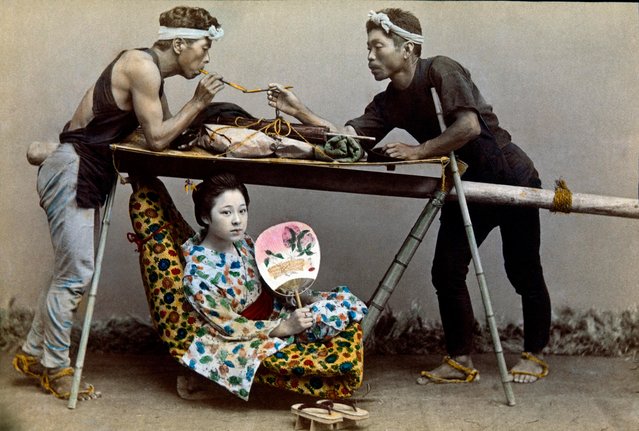 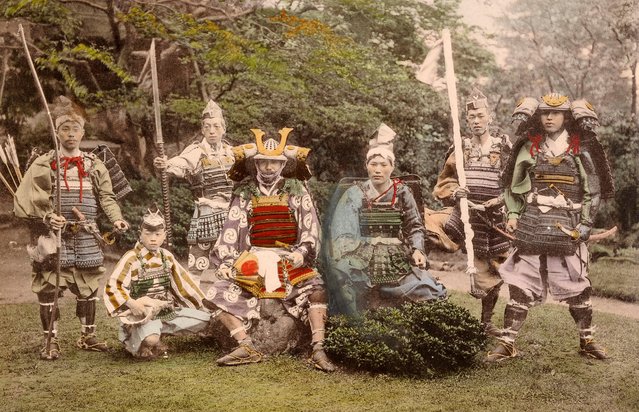 A group of Samurai or Japanese warriors with their ancient arms and armour, circa 1870. (Photo by Popperfoto/Getty Images) 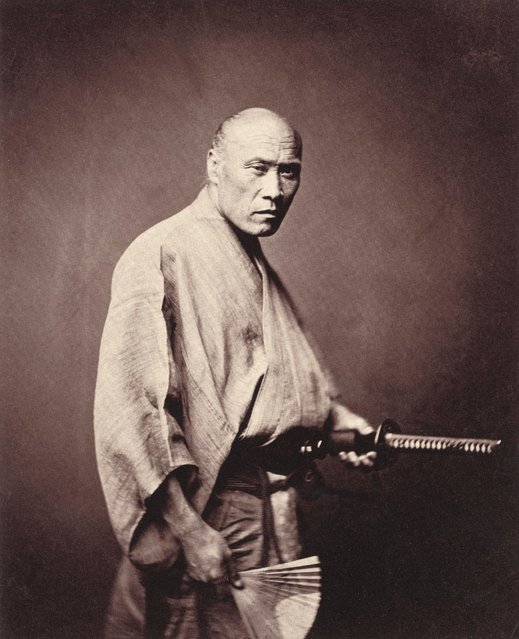 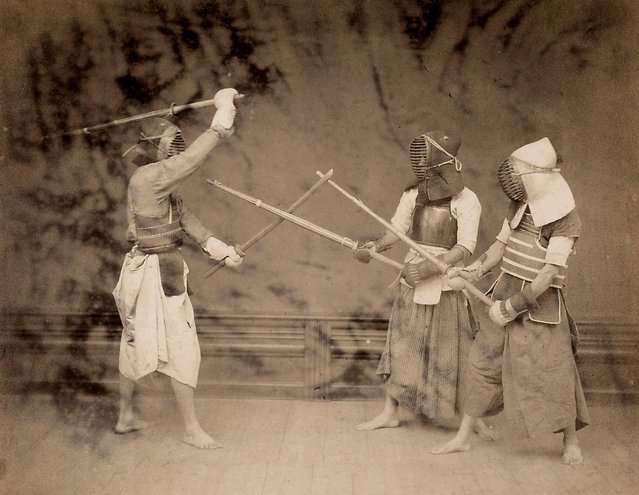 Three men practicing Kendo, discipline derived from the ancient tradition of the Samurai, circa 1885-90. (Photo by Unidentified Author/Alinari via Getty Images) 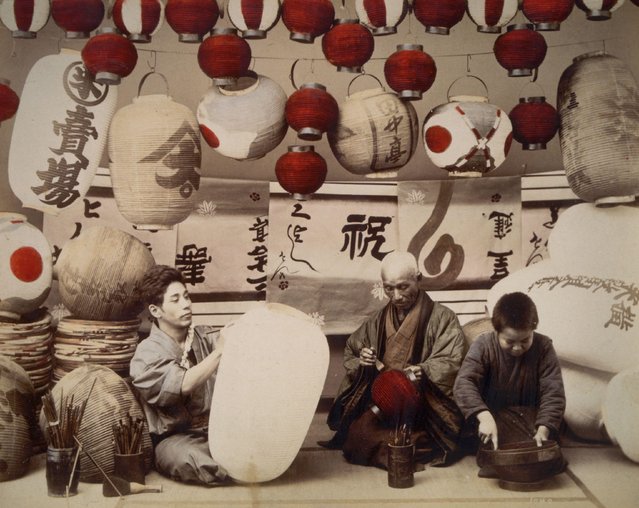 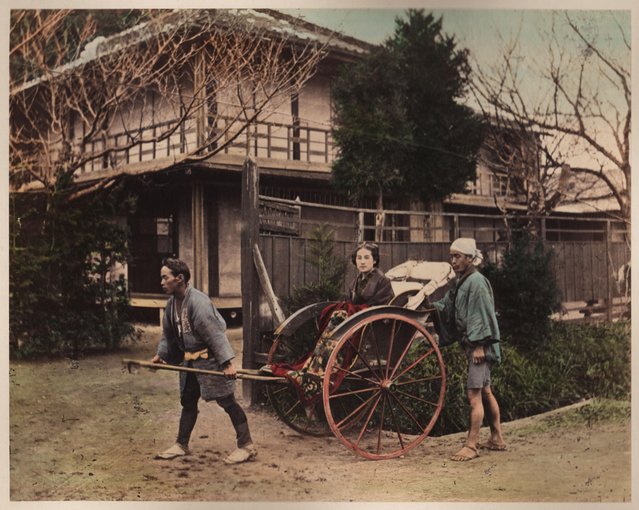 A rickshaw driver brings a wealthy young woman to her destination, as her man servant accompanies on foot, in this circa 1890 hand colored photograph from Tokyo. (Photo by Transcendental Graphics/Getty Images)

Samurai commiting seppuku (hara-kiri) in Japan, circa 1880. (Photo by adoc-photos/Corbis via Getty Images) 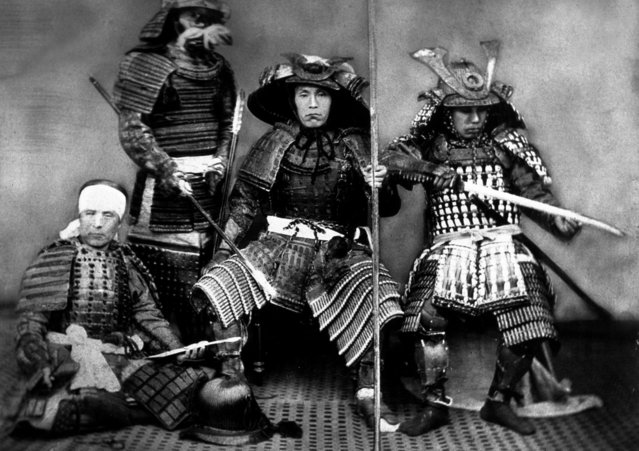 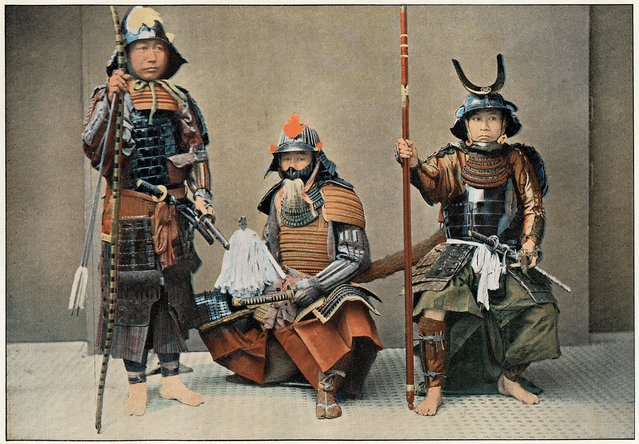