Fact Soccer around the World 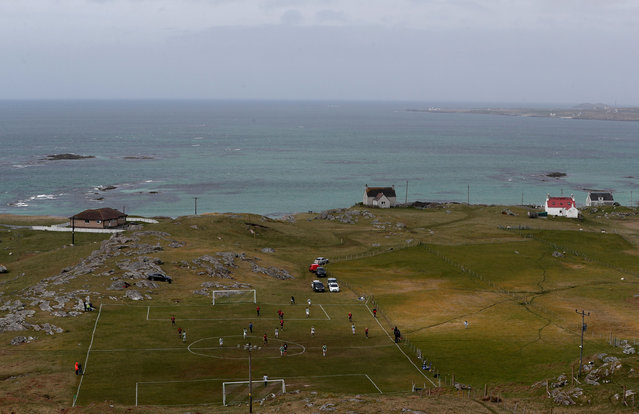 As Russia puts the finishing touches to the carefully manicured fields that will host the World Cup from next week, people around the globe are playing soccer on a surprising variety of makeshift pitches. Off the coast of an island in southern Thailand, they play on a floating platform; in the mountains of northern Italy, they kick about in the snow – images captured by Reuters photographers around the world. Here: Eriskay, wearing green and white, plays soccer against Barra on the Isle of Eriskay, Scotland, May 5, 2018. (Photo by Russell Cheyne/Reuters) 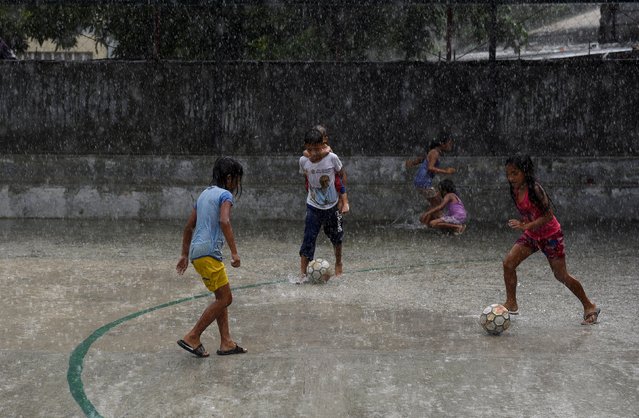 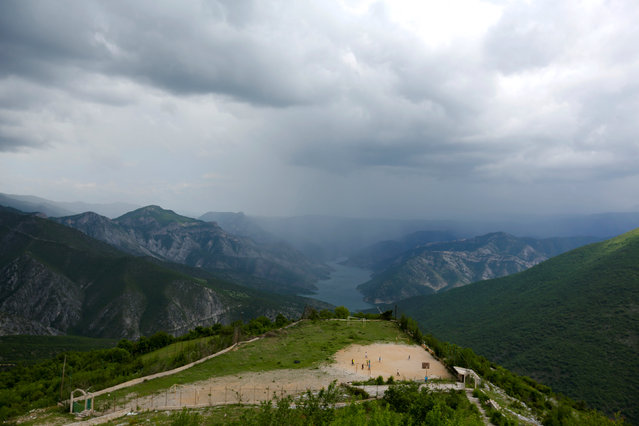 Children play soccer at an improvised pitch in the village of Gurgurnica, 35 km away from the nearest city of Tetovo, Macedonia, May 11, 2018. (Photo by Ognen Teofilovski/Reuters) 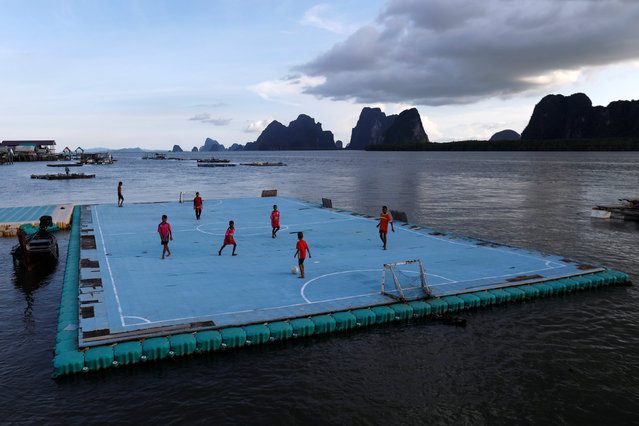 Children play soccer on a floating pitch in the fishing village of Ko Panyi in southern Phang Nga Province, Thailand, May 20, 2018. (Photo by Soe Zeya Tun/Reuters) 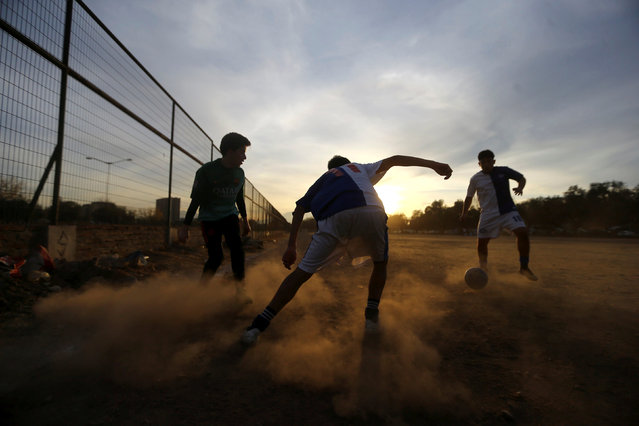 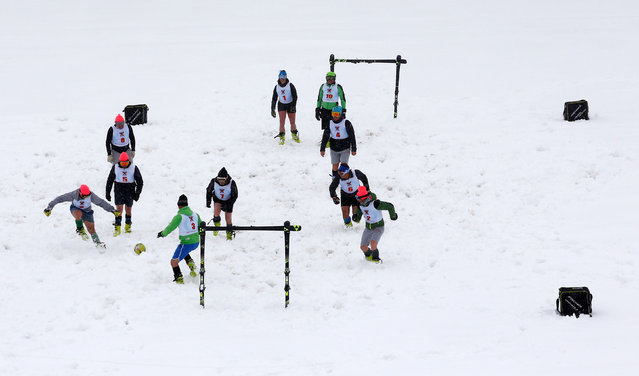 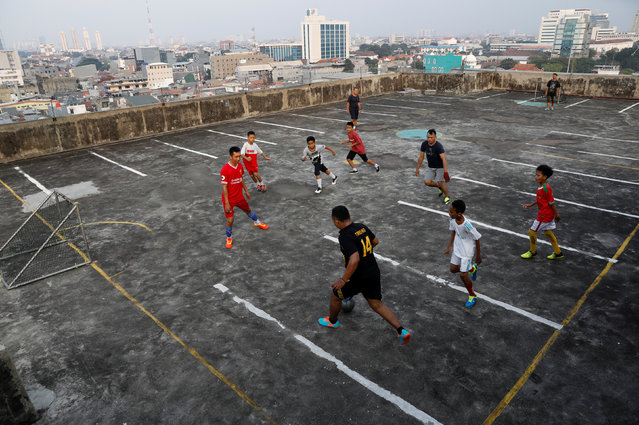 Local residents play soccer on the top floor of a parking garage in Jakarta, Indonesia, May 4, 2018. (Photo by Darren Whiteside/Reuters) 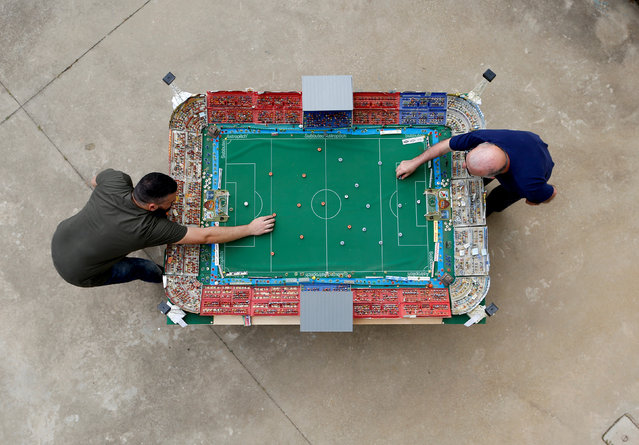