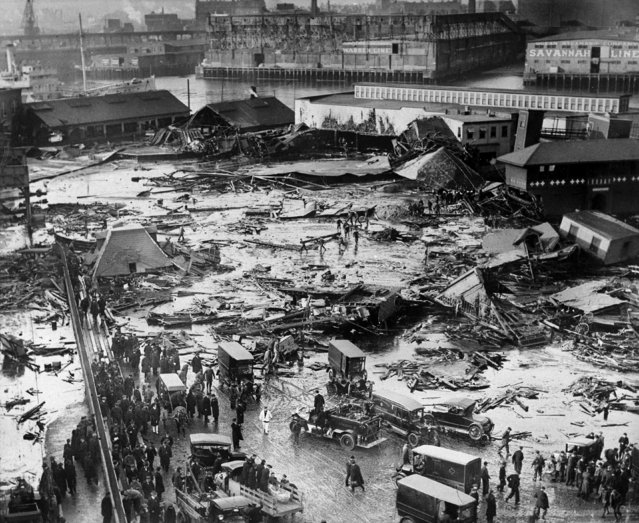 In this January 15, 1919, file photo, the ruins of tanks containing 2 1/2 million gallons of molasses lie in a heap after an eruption that hurled trucks against buildings and crumpled houses in the North End of Boston. Harvard University researchers said in November 2016 that they've solved the mystery behind the disaster that killed 21 people, injured 150 others and flattened buildings when a giant storage tank ruptured. The scientists concluded that the comparatively warm molasses thickened rapidly when exposed to the wintry air, trapping victims in hardening goop. (Photo by AP Photo) 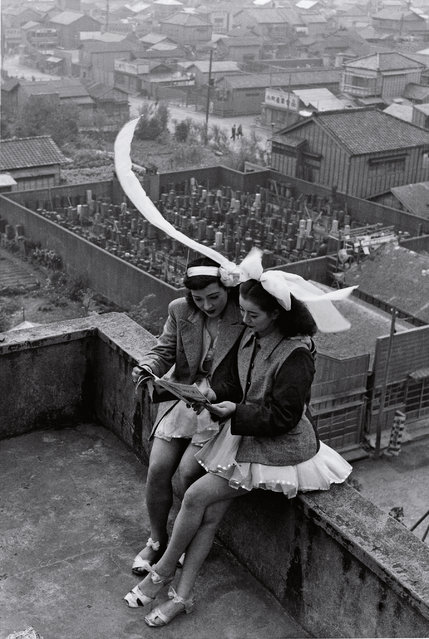 Dancers resting on the rooftop of the SKD Theatre Asakusa, Tokyo, 1949. (Photo by Tanuma Takeyoshi/The Guardian) 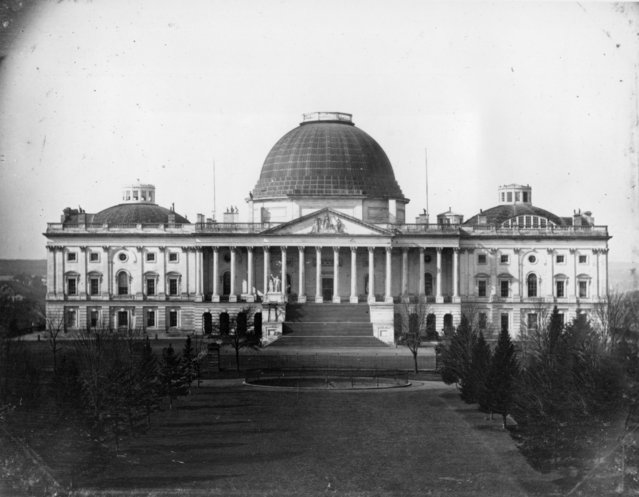 This daguerreotype photograph by John Plumbe Jr., shows the east front exterior of the U.S. Capitol in Washington, D.C., circa 1846. The copper-covered wood dome was installed during restoration after the British burned the building in 1814. (Photo by John Plumbe Jr./AP Photo) 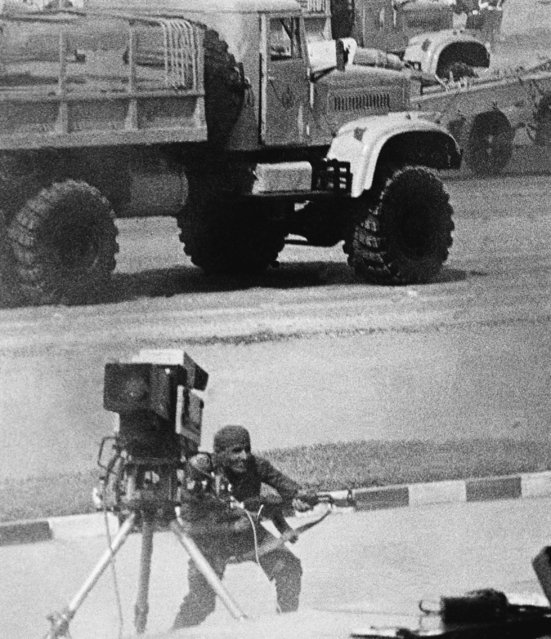 In this October 6, 1981 file photo, a man in Egyptian army uniform fires a Kalashnikov assault rifle at point blank range into presidential reviewing stand where President Anwar Sadat and several others were killed. In foreground, abandoned TV camera whose operator believed to be among the dead, in Cairo, Egypt. In background Soviet-made army truck on which the assassins arrived in military parade. (Photo by AP Photo) 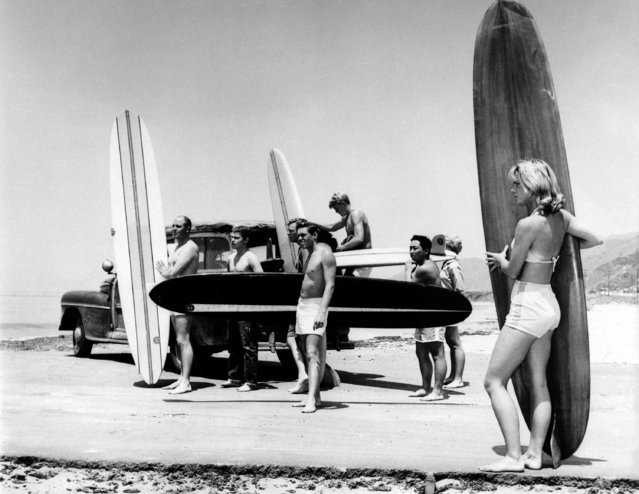 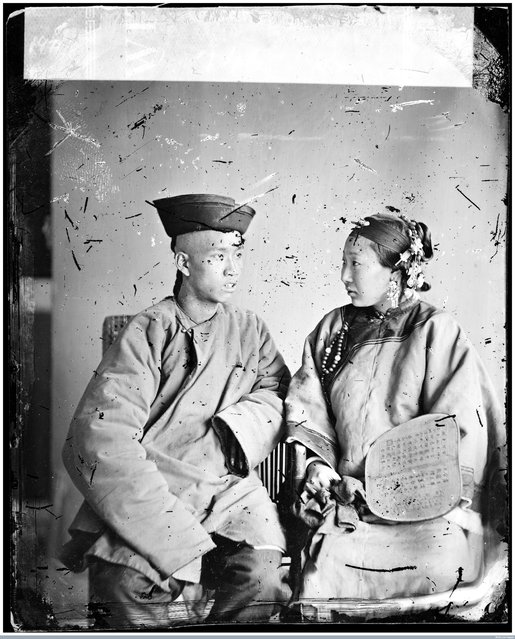 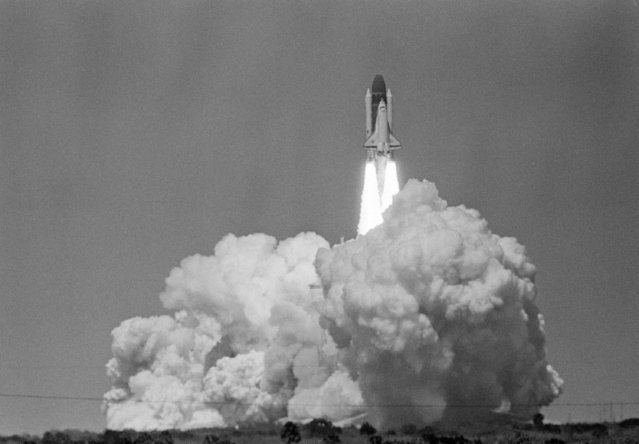 The space shuttle Challenger leaves the Kennedy Space Station, April 4, 1983, in a blast of smoke as it was launched on schedule. It is the first trip into space for the Challenger and the sixth mission of the shuttle program. (Photo by AP Photo) 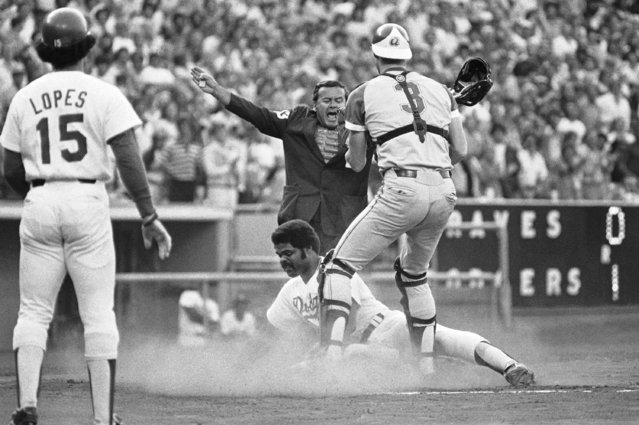 In this July 5, 1978, file photo, home plate umpire Dutch Rennert calls Los Angeles Dodgers' Reggie Smith safe under Atlanta Braves catcher Dale Murphy (3) during the first inning of a baseball game in Los Angeles. Rennert, a National League umpire from 1973 to 1992 who was known for his animated, booming strike calls, has died. He was 88. St. John's Family Funeral Home and Crematory in St. Augustine, Florida, confirmed Monday night, June 18, 2018, that Rennert died on Sunday. A cause of death wasn't given. (Photo by AP Photo/Mclendon) 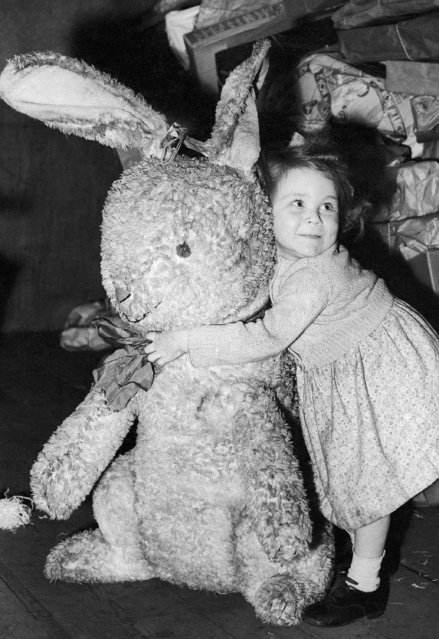 Pamela Offor develops a deep affection for this giant toy rabbit, one of the many toys that were sent to British children in London by the Belgians, December 13, 1944. Belgium has offered to send gifts of toys for British children, and these marked the arrival of the first shipment. (Photo by AP Photo) 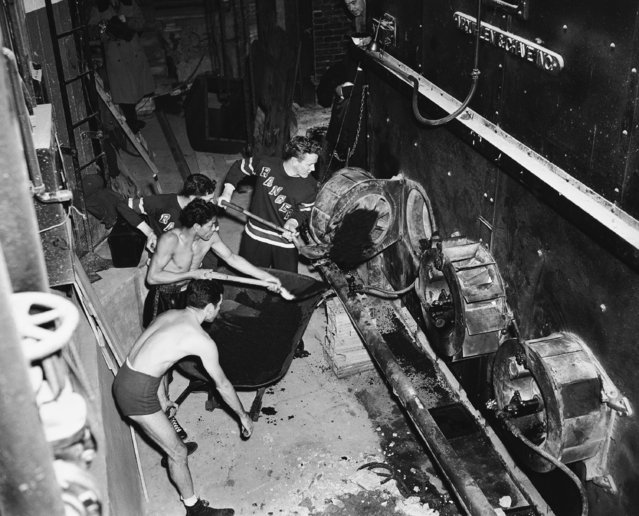 The furnace at Madison Square Garden in New York City has been converted from oil to coal heat, in line with rationing regulations, and athletes who usually take the spotlights in the arena took a hand at shoveling coal in New York on December 28, 1942. From left to right: Joe Peralta, boxer; “Red” Garrett, hockey player; Chester Rico, boxer; and Bryan Hextall, hockey. (Photo by Tom Sande/AP Photo) 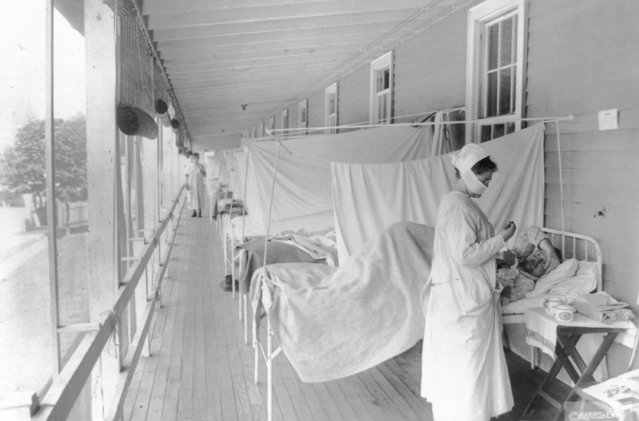 In this November 1918 photo made available by the Library of Congress, a nurse takes the pulse of a patient in the influenza ward of the Walter Reed hospital in Washington. Historians think the pandemic started in Kansas in early 1918, and by winter 1919 the virus had infected a third of the global population and killed at least 50 million people, including 675,000 Americans. Some estimates put the toll as high as 100 million. By comparison, the AIDS virus has claimed 35 million lives over four decades. (Photo by Harris & Ewing/Library of Congress via AP Photo) 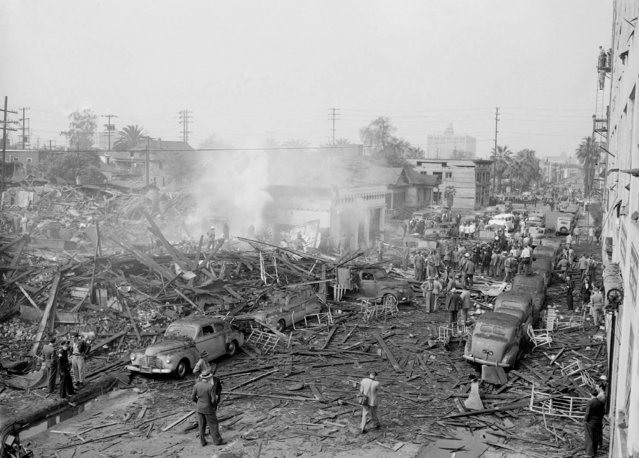 This is a general view of the wreckage of a two-story building that housed the O'Connor Electro-Plating Company, which was destroyed in a horrific explosion in downtown Los Angeles, February 20, 1947. The blast killed more than 30 and injured over one hundred others. (Photo by AP Photo) 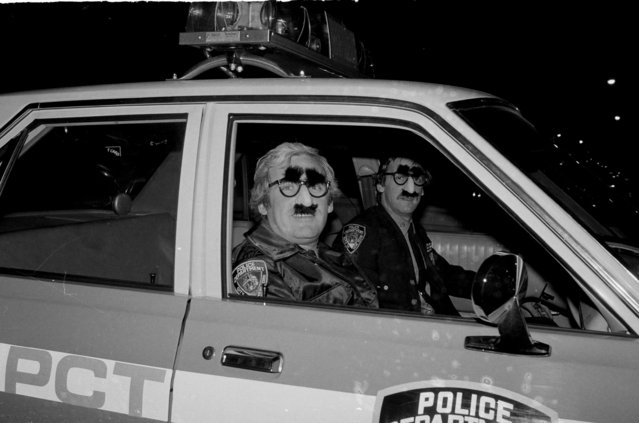 Policemen from an upper Manhattan precinct, dressed in matching Groucho masks, gaze from the window of their car on Halloween night, October 31, 1980. (Photo by AP Photo/Luongo) 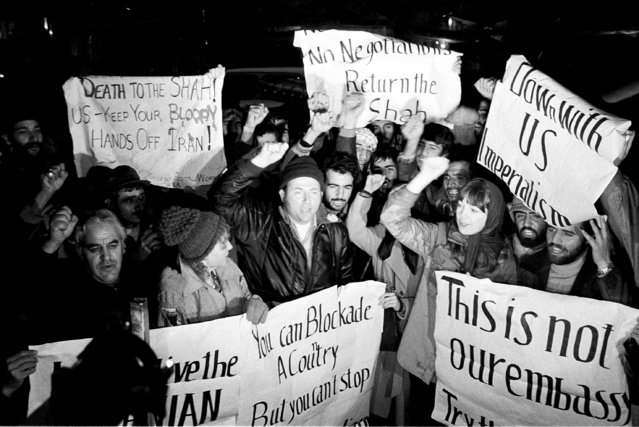 Americans who support Iran's position in the hostage crisis join with Iranians in anti-American demonstrations outside the U.S. Embassy in Tehran on December 15, 1979. (Photo by Mohammad Sayad/AP Photo) 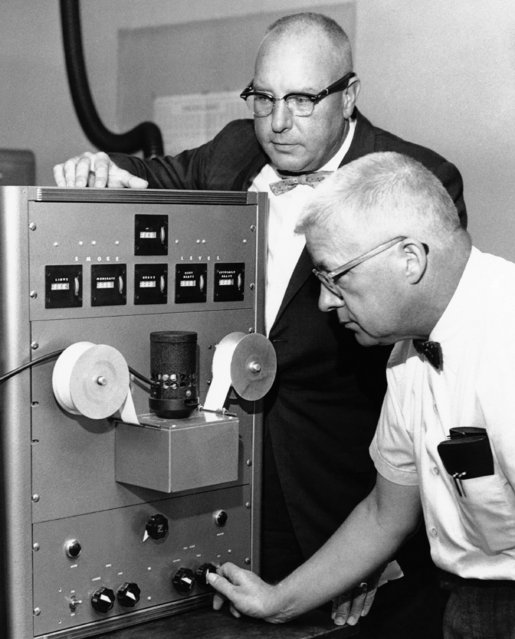 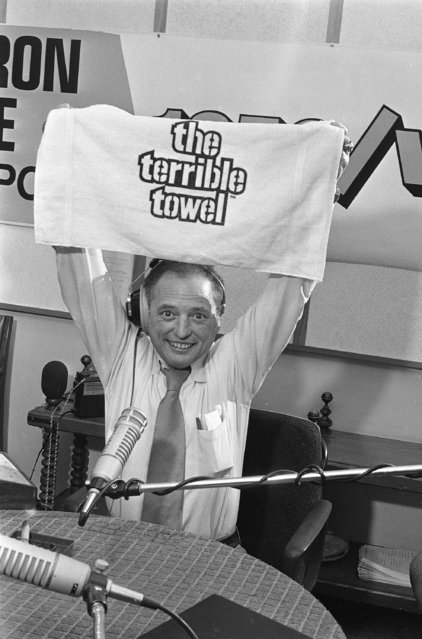 Pittsburgh sportscaster Myron Cope shows a Terrible Towel, a Cope brainchild that has become a marketing success, in Pittsburgh, Pa., December 27, 1979. The towel, which is supposed to give almost supernatural powers to the Steelers, will be in the hands of thousands of Steeler faithful when they face the Miami Dolphins. (Photo by AP Photo) 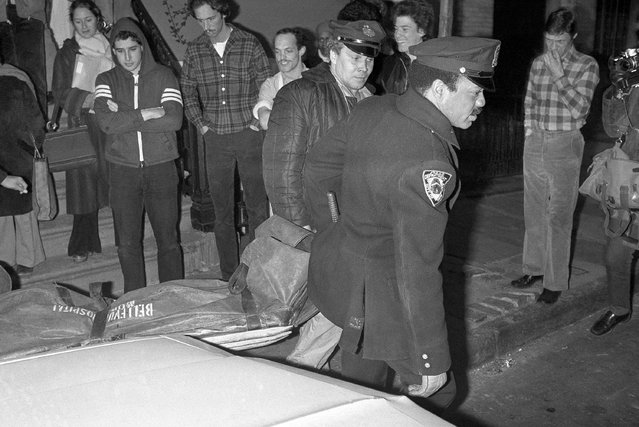 New York City police carry the body of punk rock star Sid Vicious from apartment in the Greenwich Village section of New York, February 2, 1979. Authorities said that Vicious whose real name was John Simon Ritchie apparently died of an overdose of heroin he took at a party celebrating his release from prison the day before. He had been released on $50,000 bail pending trial in the fatal stabbing of his girlfriend Nancy Spungen. (Photo by G. Paul Burnett/AP Photo) 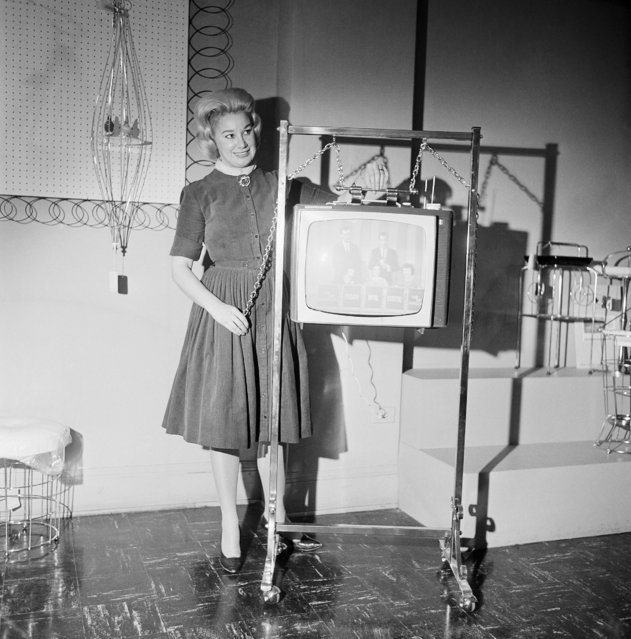 A portable television set can be raised or lowered to any height with this new stand, demonstrated by Carol Smith at the China Glass and Gift Market in Chicago, Ill., February 6, 1963. The stand, designed to hold a 19-inch TV set, is brass plated and lacquered, with chains and hooks to carry the set. (Photo by Edward Kitch/AP Photo) 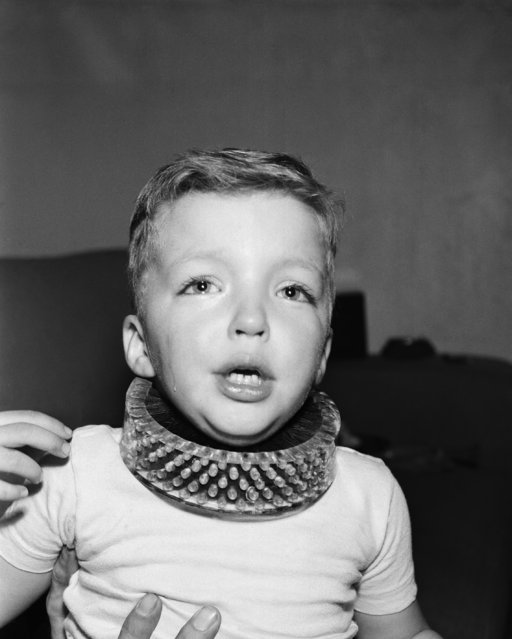 Five-year-old Tim Gregory wears, under protest, a brush that cleans a child's neck without the use of soap and water in Los Angeles, Calif., January 12, 1950. The plastic collar brush will dry-clean the youngster's neck thoroughly as he plays. The brush was developed by the Los Angeles Brush Corp. at a mother's suggestion. (Photo by Don Brinn/AP Photo) 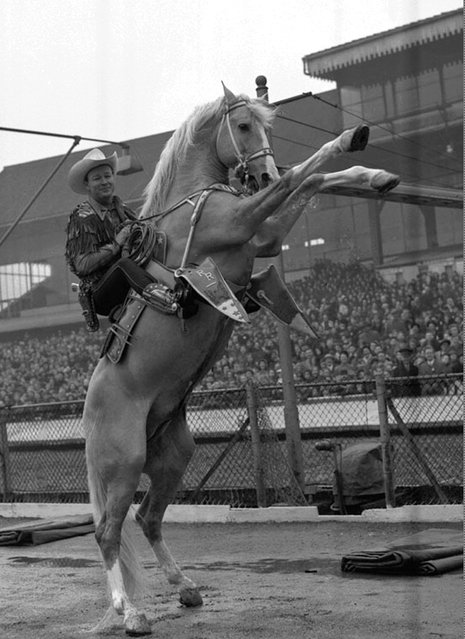