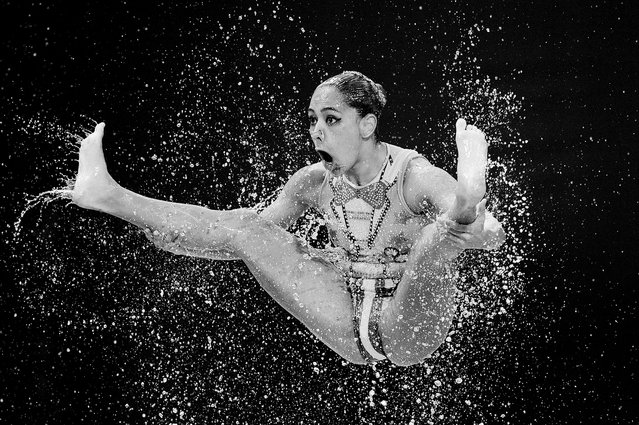 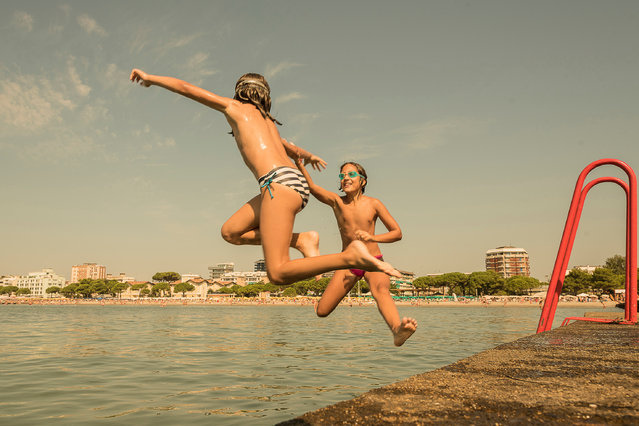 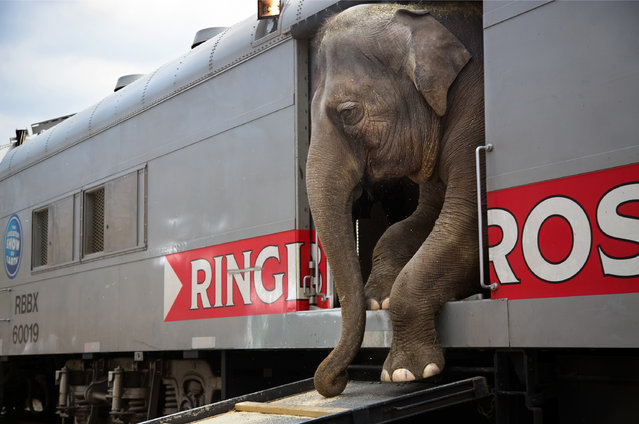 Stephanie Sinclair, United States. Professional; Daily Life. “The Ringling Bros and Barnum & Bailey circus is made up of people from 25 different countries, speaking everything from Russian to Arabic to Guarani. A few travel in cars and trailers, but a majority – 270 – live on the trains. Most come from multi-generation circus families, to the extent that collectively, the circus staff represents thousands of years of circus history”. (Photo by Stephanie Sinclair/Sony World Photography Awards) 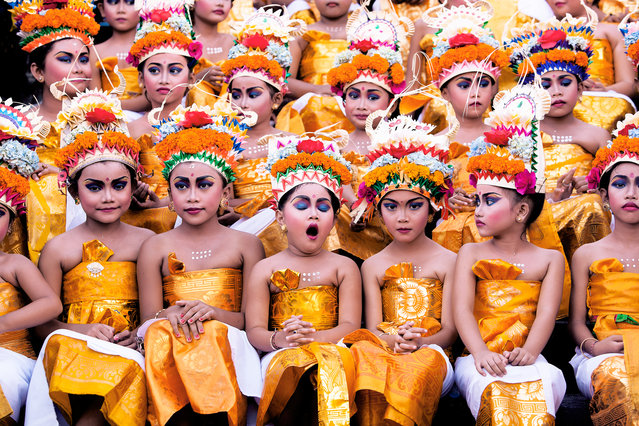 Khairel Anuar Che Ani, Malaysia. Open Competition; Split Second. Young girls wait for their turn to perform during the Melasti festival: “They looked stunning with their bright costumes and heavy make-up; however the expression on each of the girls’ faces – especially the yawning girl – gives this image extra oomph”. (Photo by Khairel Anuar Che Ani/Sony World Photography Awards) 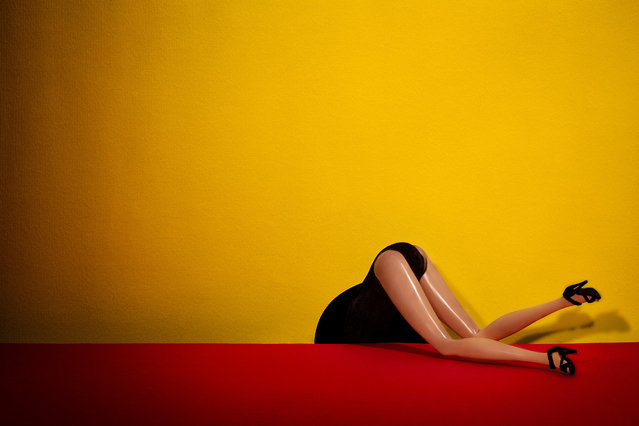 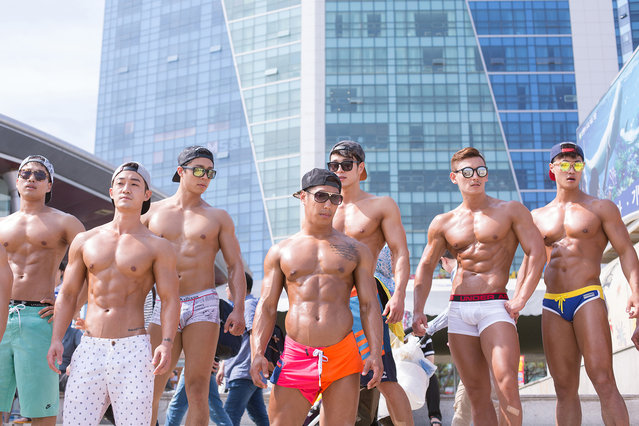 Filippo Venturi, Italy. Professional; People. “Until the 1960s, South Korea was almost a mediaeval country, poor and underdeveloped. After just 50 years, South Korea is now one of the most advanced countries in the world. The rush towards modernity has been fostered by imposing a huge sense of competition and a painstaking effort to reach scolastic, aesthetic and professional perfection – aesthetic models are totally conformed, obtained through a massive use of plastic surgery”. (Photo by Filippo Venturi/Sony World Photography Awards) 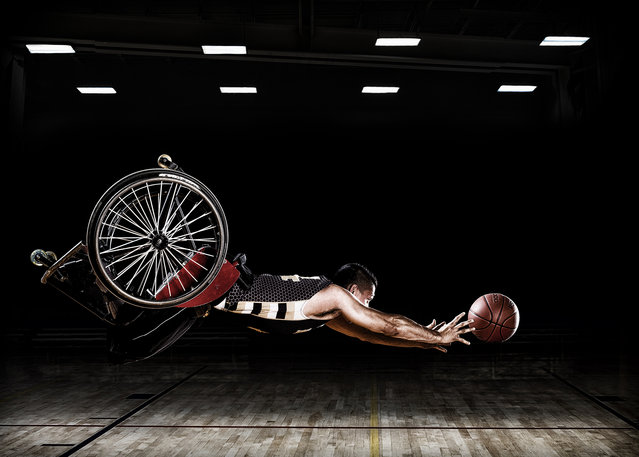 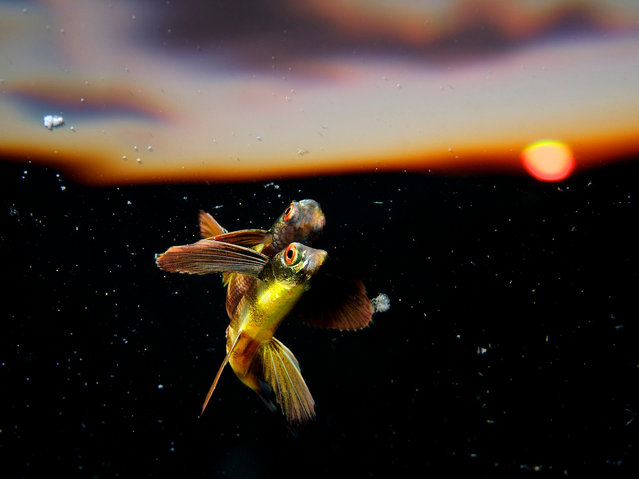 Eric Madeja, Switzerland. Open Competition; Nature and Wild Life. “I came across this juvenile flying fish while diving near Tubbataha Reefs, Philippines, hovering just below the surface. It took me hours to get close enough and this photograph was taken just when the sun was setting”. (Photo by Eric Madeja/Sony World Photography Award) 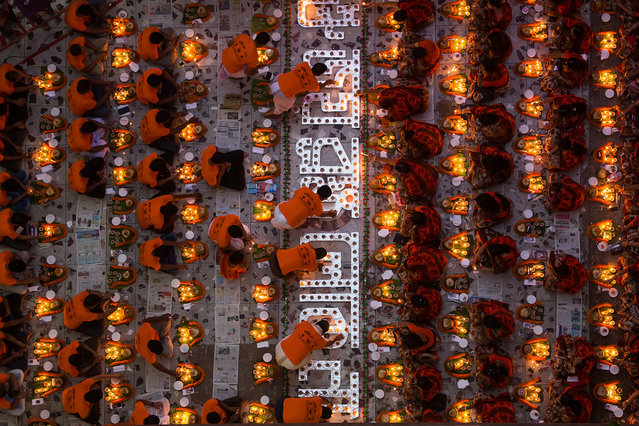 Tanveer Rohan, Bangladesh. Open Competition; Arts and Culture. The last five days of the Hindu month of Kartika are traditionally known as the Bhishma Panchaka or the Vishnu Panchaka. (Photo by Tanveer Rohan/Sony World Photography Awards) 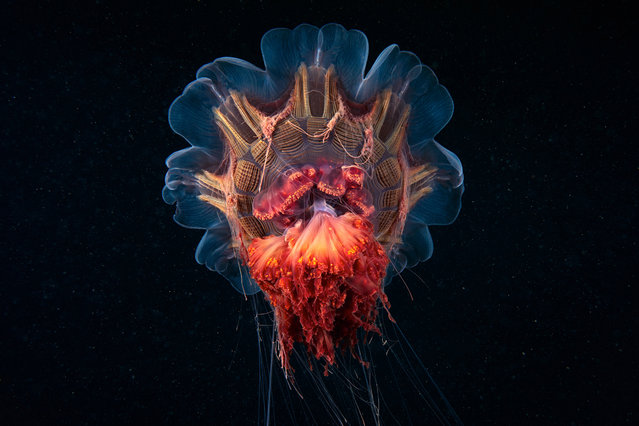 Alexander Semenov, Russia. Professional; Environment. “This series represent exploration of the most extreme and far cold-water seas, washing the coasts of Russia, because only few people in the world had chance to dive there. These seas are true pearls of nature, hiding mysteries and treasures not only for divers and scientists – there is another universe with it’s own aliens and fantastic creatures”. (Photo by Alexander Semenov/Sony World Photography Awards) 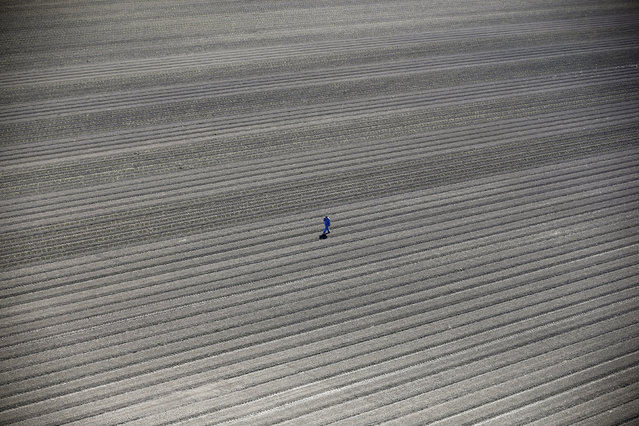 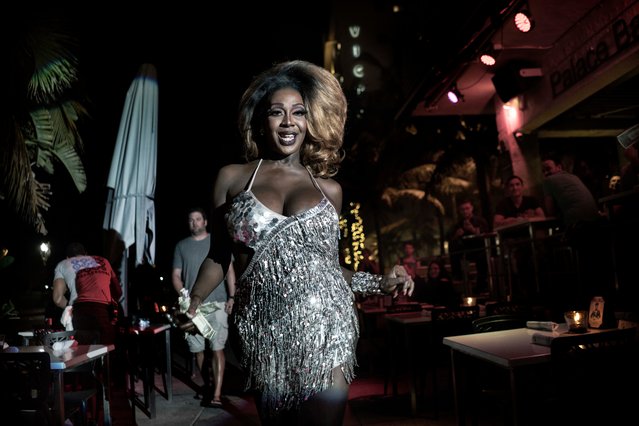 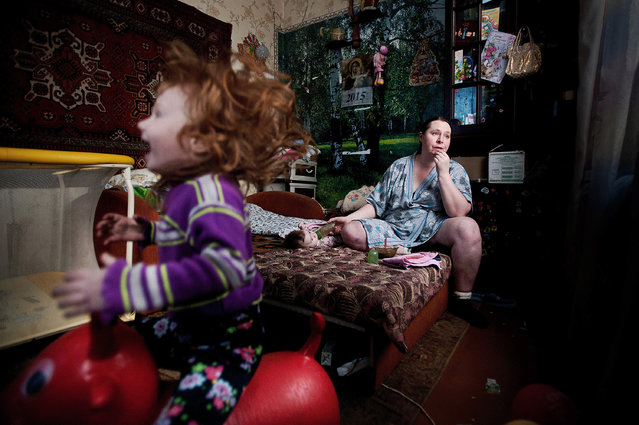 Anton Unitsyn, Russia. Professional; Daily Life. In the 16th century Solvichegodsk was founded as a salt mine – named for the Russian word “sol”, meaning salt, and the nearby river Vichegda. In those days salt was expensive and the city was prosperous. However, no one is interested in Solvichegodsk salt anymore, and production shut down after the break-up of the USSR. The city’s unique, therapeutic mud is Solvichegodsk’s last resource. (Photo by Anton Unitsyn/Sony World Photography Awards) 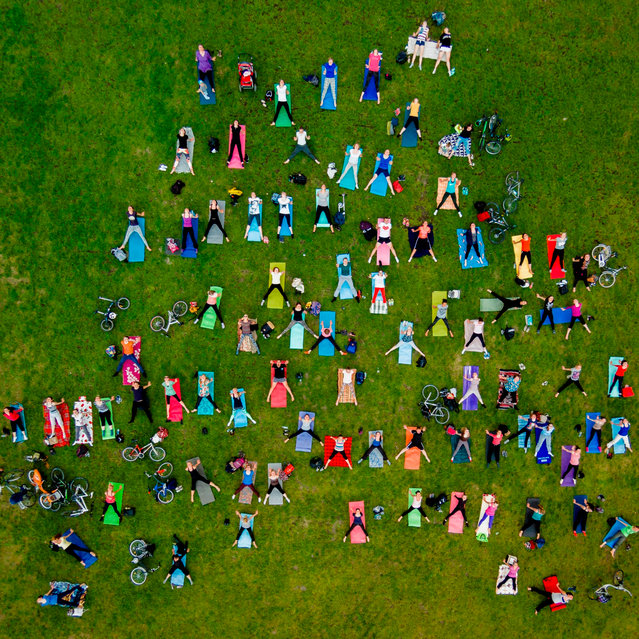 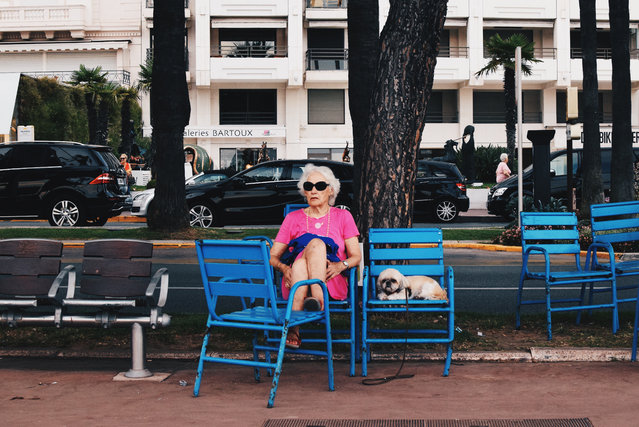 Talia Rudofsky, UK. Youth Competition; Portraiture. “I took this photograph on Promenade de la Croisette in Cannes during my summer holiday in 2015. This woman stood out among all the nouveau riche, as she is relatively modest in appearance, and accompanied by a dog. I found it amusing how the woman shared the same facial expression as the dog”. (Photo by Talia Rudofsky/Sony World Photography Awards) 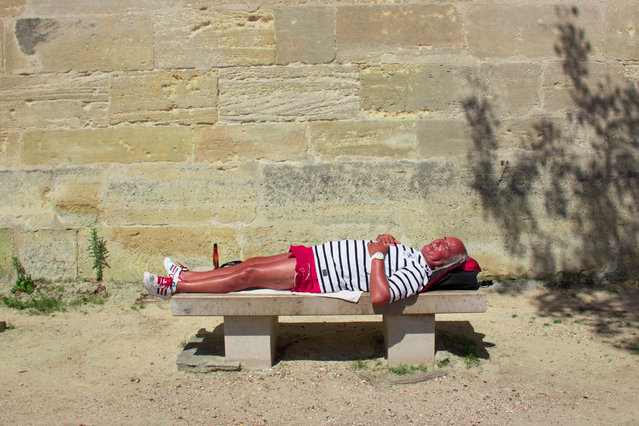 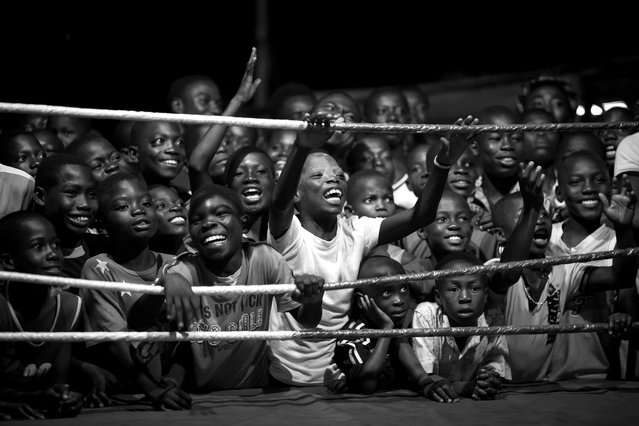 Patrick Sinkel, Germany. Professional, Sport. Boxing is the most popular sport in Bukom, a poor neighbourhood of Accra, which has produced all of Ghana’s world boxing champions. (Photo by Patrick Sinkel/Sony World Photography Awards) 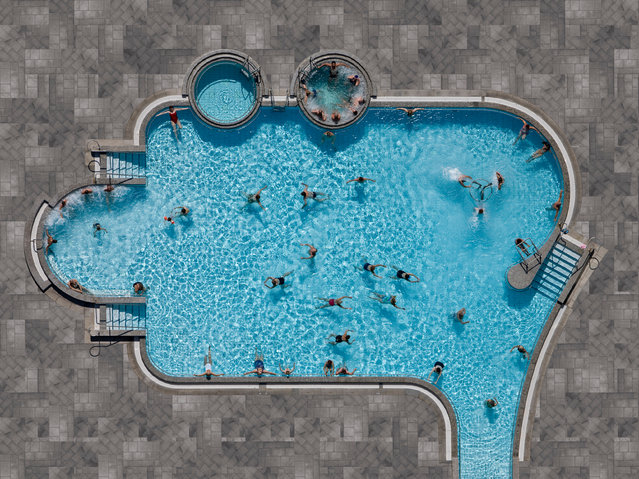 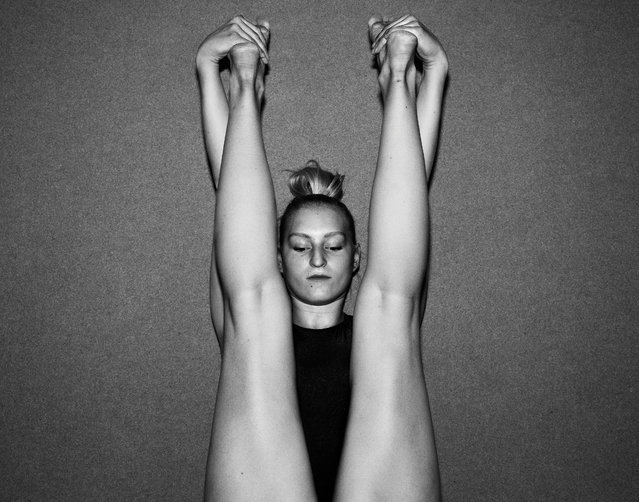 Jens Juul, Denmark. Professional; Sport. An elite gymnast trains at a gym in Copenhagen. As a rule of thumb you have to put in at least 10,000 hours of training to compete internationally. (Photo by Jens Juul/Sony World Photography Awards) 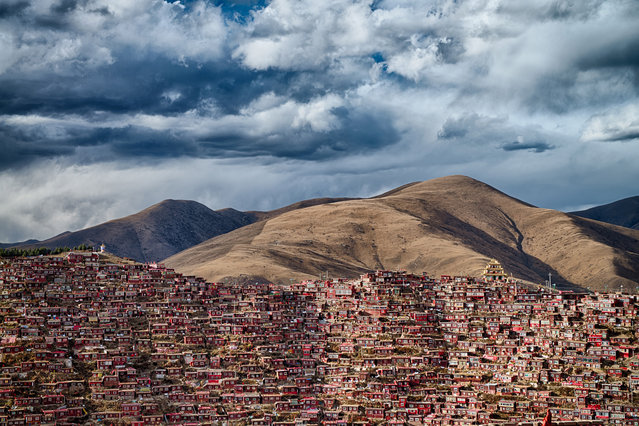 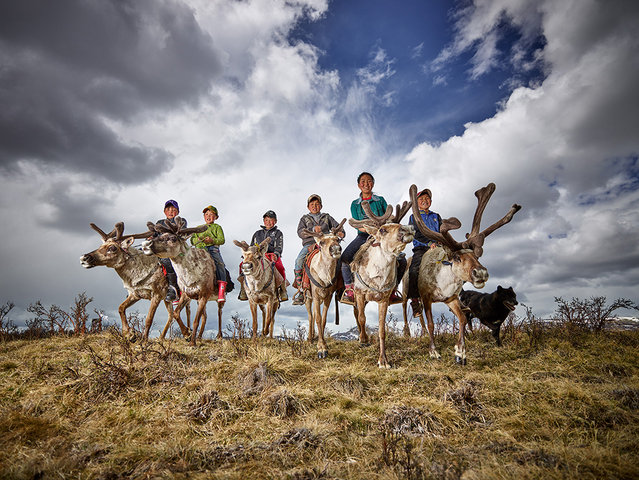