Fact The NASA's Morpheus Lunar Lander Crashes During its First Free Flight
“A prototype lunar lander was destroyed on August 9, 2012, at Kennedy Space Center during its first free flight.

The Morpheus Lander, fueled by four tanks holding liquid oxygen and liquid methane, rose a short distance before keeling over on its side and landing with an explosion at its pad at the north end of the Shuttle Landing Facility.

NASA posted a short Twitter message saying the lander “experienced a failure, causing it to catch fire. No one was injured. Information will be released as soon as possible.

The Morpheus lander arrived at KSC late last month from its home base at Johnson Space Center.

A tethered flight was performed last week to check that all systems were working after the trip.

The program, funded by about $2 million this year, attempted a first free flight on Tuesday, but the engine cut off quickly after ignition.

The lander was not equipped with a set of expensive autonomous landing sensors that were only to be added and tested after the lander demonstrated a series of successful free flights”. – James Dean via Florida Today 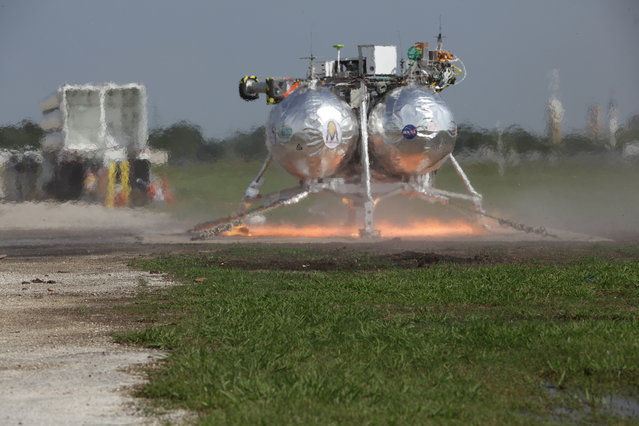 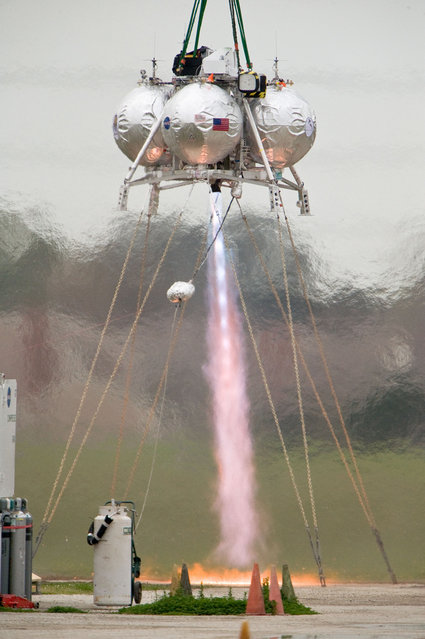 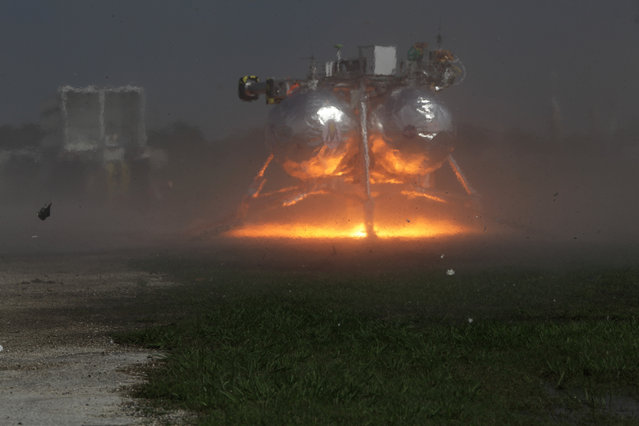