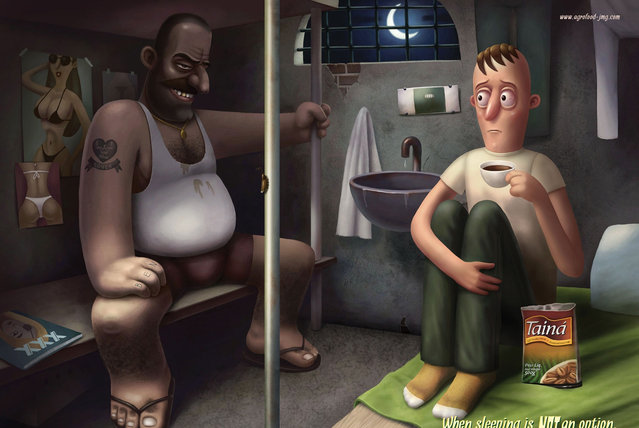 As these Cafe Taina Coffee ads explicitly assert, there are "times when sleeping is not an option."
Executed by Giovanni + Draft FCB, this animated advertising campaign captures two situations in which awareness is of necessity: when you're trapped in a jail cell with a large creepy inmate, and when a fellow castaway is equally prepared to resort to cannibalism as you are. It's very lucky that the cartoon characters in the Cafe Taina Coffee ads had a bag of the grind handy, or one tired blink may have been their last. 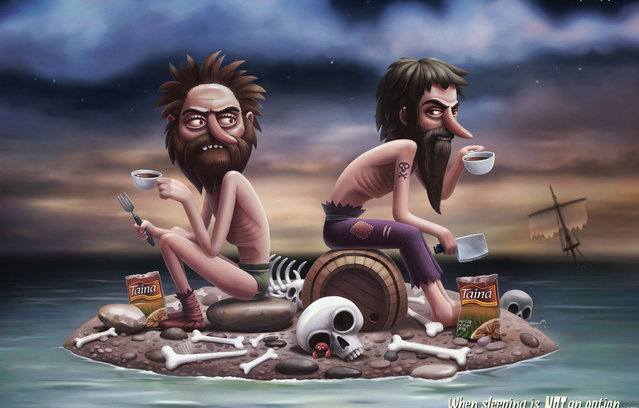