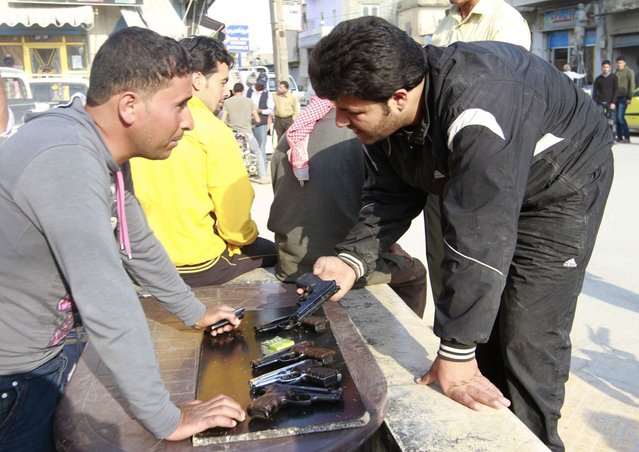 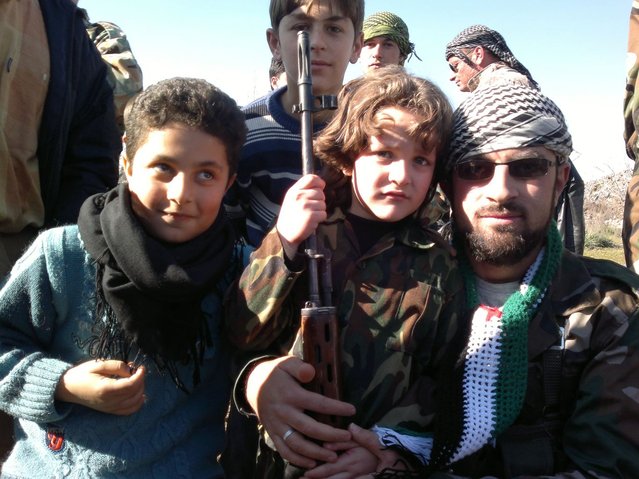 A member of the Syrian Free Army protests with demonstrators against Syria's President Bashar Al-Assad and against voting for a referendum on a new constitution in Kafranbel near Idlib February 26, 2012. Picture taken February 26, 2012. (Photo by Reuters) 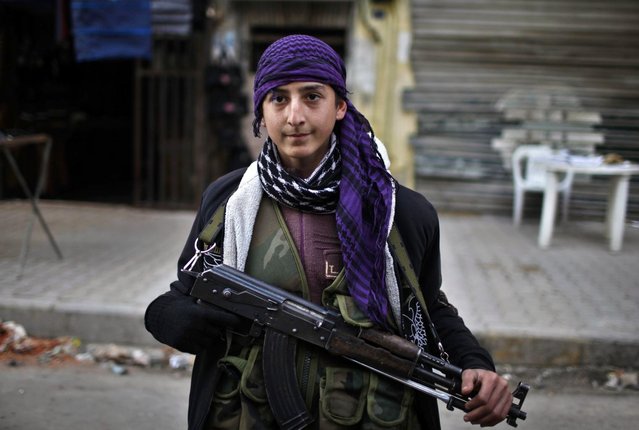 A boy, a member of the Free Syrian Army, poses with his weapon in Aleppo city December 29, 2012. Syria faces “hell” if no deal is struck to end 21 months of bloodshed, an international mediator said on Saturday, but his talks in Russia brought no sign of a breakthrough after a week of intense diplomacy. (Photo by Ahmed Jadallah/Reuters) 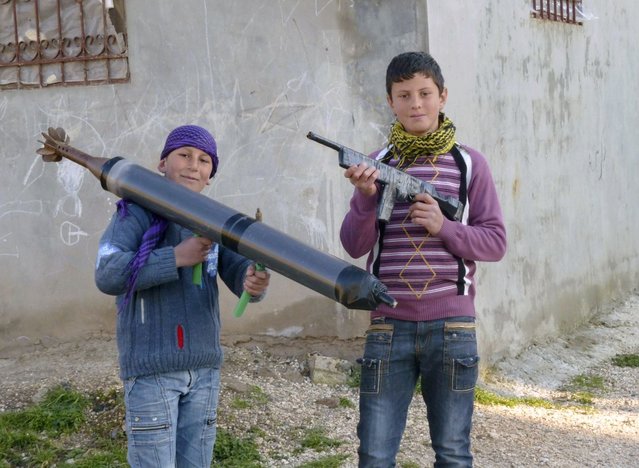 Boys hold up toy guns in the town of Hula near the city of Homs March 2, 2012. (Photo by Reuters) 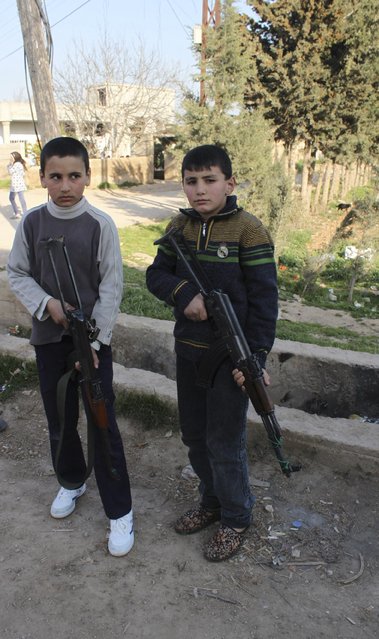 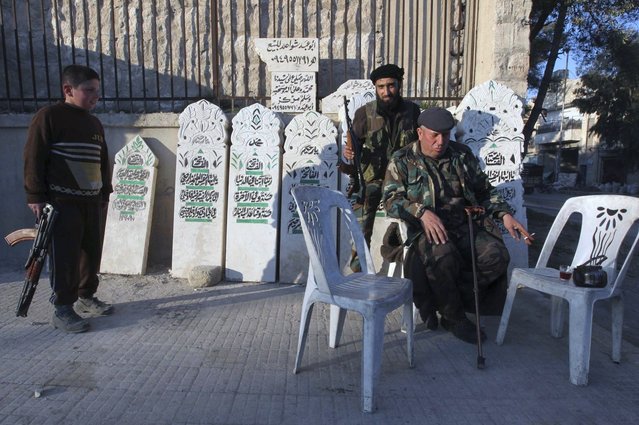 A boy carries a weapon as he stands next to Free Syrian Army Fighters in front of gravestones in Aleppo January 15, 2013. (Photo by Muzaffar Salman/Reuters) 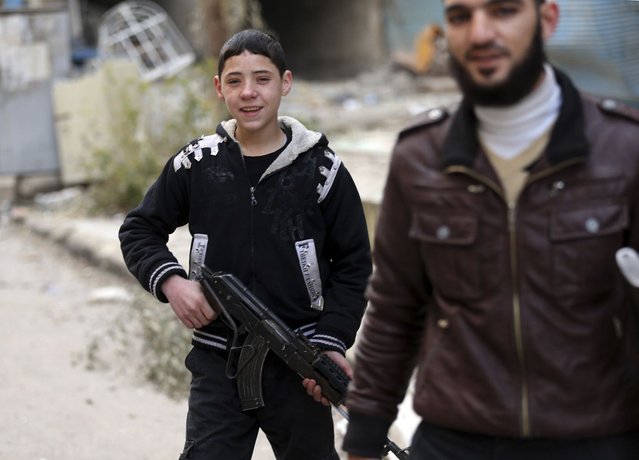 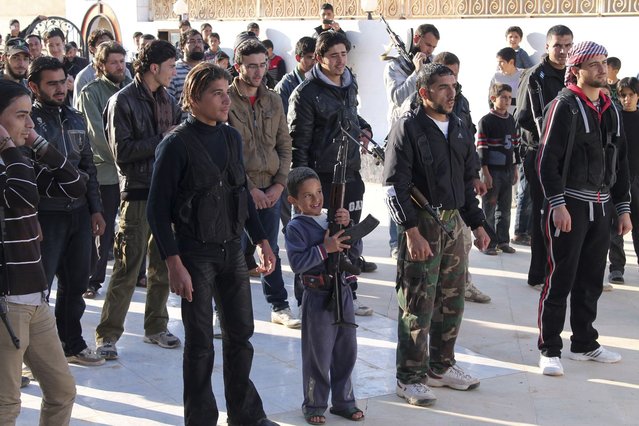 A boy holds a gun during a celebration organised by the Free Syrian Army to mark two years since the start of the uprising, in Daraa March 18, 2013. (Photo by Thaer Abdallah/Reuters) 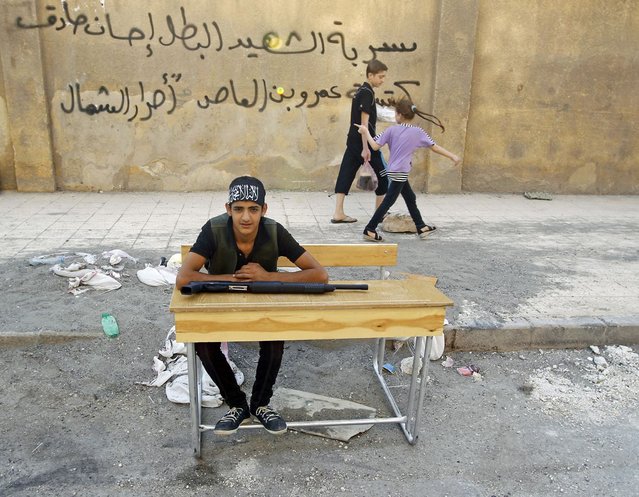 A young Free Syrian Army fighter rests on a school bench on a street in downtown Aleppo August 2, 2012. The graffiti behind him shows the name of the brigade: “Ihsan Sadiq fighting group, Amr bin al-Aas brigade of the Free North”. (Photo by Goran Tomasevic/Reuters) 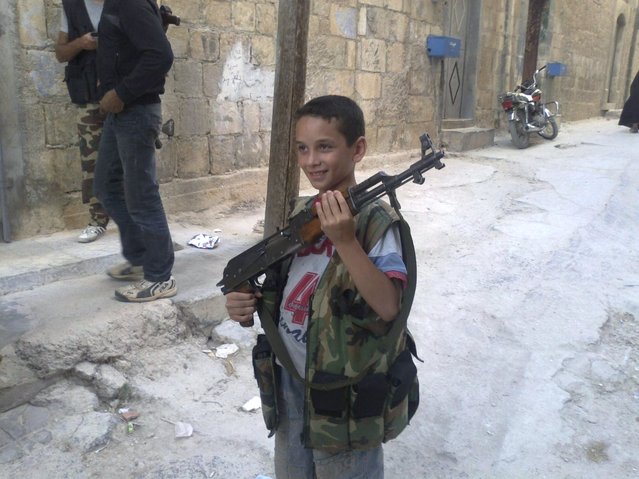 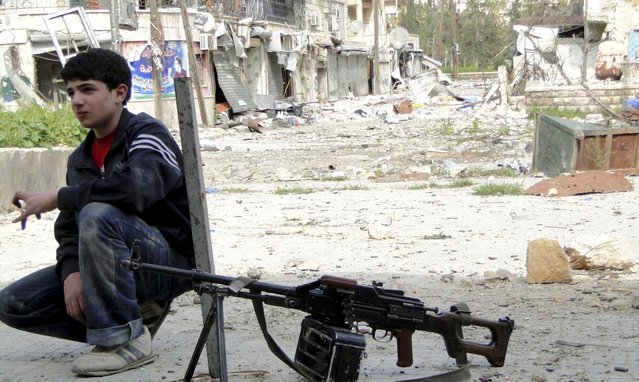 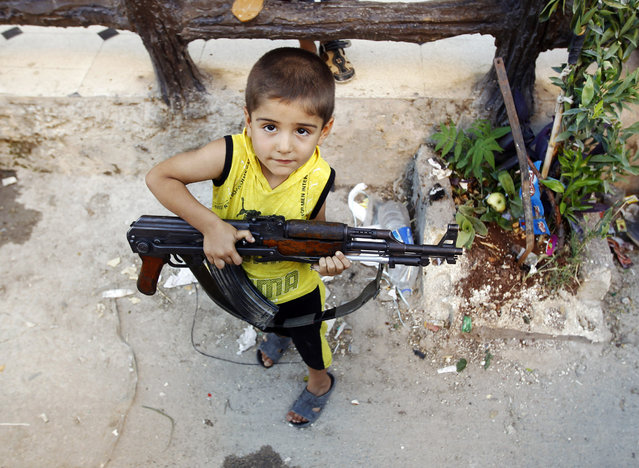 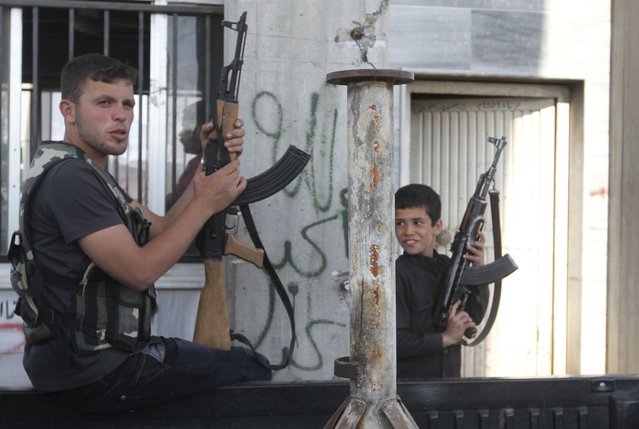 A Free Syrian Army fighter and a boy hold up weapons on a street at the Syrian town of Tel Abyad, near the border with Turkey, April 23, 2013. (Photo by Hamid Khatib/Reuters) 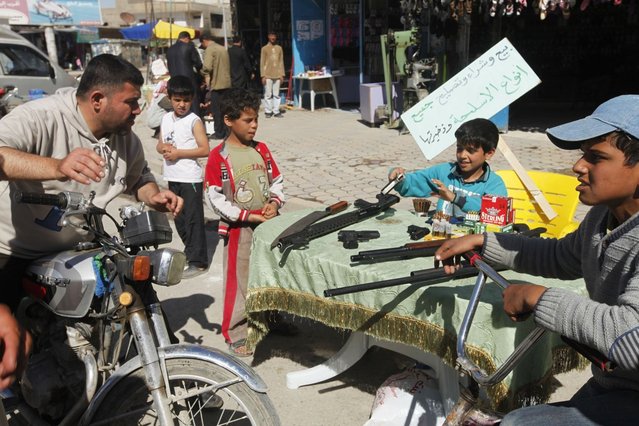