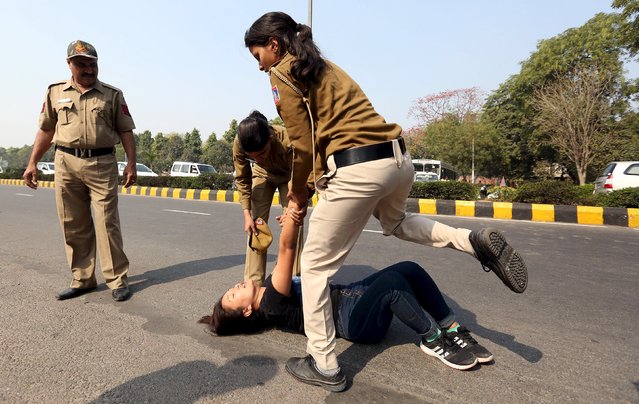 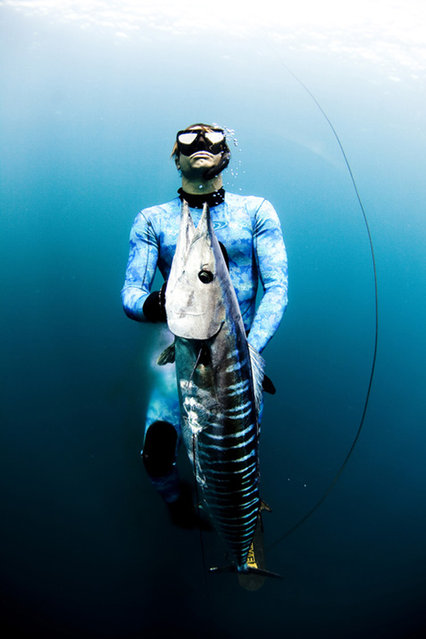 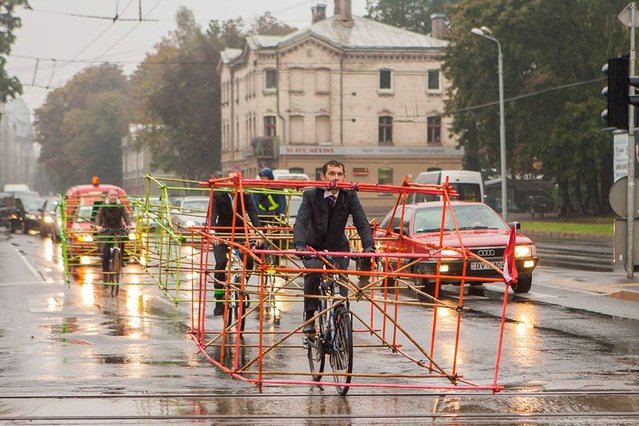 Latvian cyclists have decided to show the automobilists just how absurd it is to have only a single occupant in a car. The car takes up an enormous amount of space on the road; however, everyone is so used to it that no one ever notices it. It’s not hard to guess the thoughts of automobilists, and how they cursed those cyclists for taking up so much space. However, they have only themselves to blame. If everyone rode only bicycles to work, then there would never be such a thing as a traffic jam, the air in the city would become cleaner, while people would live longer, healthier lives, since cycling is a wonderful way to use the extra fat on your belly as the “fuel” for your bike.
Details
19 Oct 2014 12:29:00,post received 0 comments
Touching Free Diving with Hammerhead Shark 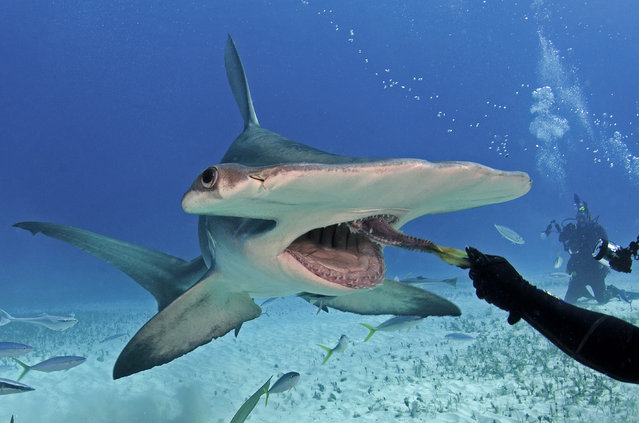 “This is the terrifying moment a diver came head to head with a shark as it swims inches away snatching a bite for dinner. The close encounter, captured off Bimini Island in the Bahamas, shows the hammerhead approaching diver Eli Martinez who bravely stands his ground as the giant beast approaches. Eli, free diving outside of a protective cage, carefully handled the sea creature despite its menacing razor-sharp teeth – but admitted they are extremely shy and need a lot of work to allow divers close to them. After multiple trips and hours of diving nearby they finally got used to Eli in January this year – hammerheads regularly visit these waters during the winter season”. – Caters News. Photo: Eli Martinez with hammerhead shark. (Photo by J. P. Zegarra/Caters News)
Details
11 Mar 2014 09:24:00,post received 0 comments
Fact Syrians Return to IS-free Palmyra 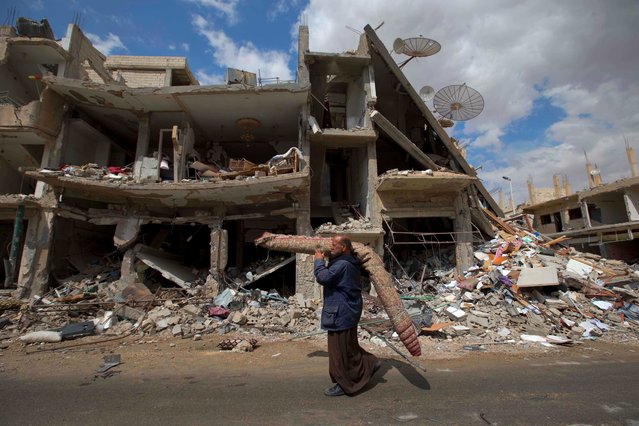 In this picture taken Thursday, April 14, 2016, a Syrian man carries a carpet as walk through a devastated part of the town of Palmyra as families load their belongings onto a bus in the central Homs province, Syria. Thousands of residents of this ancient town who fled Islamic State rule are returning briefly to check on their homes and salvage what they can – some carpets, blankets, a fridge or a few family mementos. There is no water or electricity in the town, and it will be at least few months before anyone can return to stay. (Photo by Hassan Ammar/AP Photo)
Details
16 Apr 2016 12:27:00,post received 0 comments
Fact «Free Pussy Riot!» (UPDATED)

Photo: A woman wears on her chest the text “free p*ssy riot” as a demonstration by supporters of the jailed feminist punk band p*ssy Riot takes place outside the Russian Embassy on August 17, 2012 in London, England. The three women who staged an anti-Kremlin protest in a church in February, were found guilty today of hooliganism motivated by religious hatred, and could face a three-year jail sentence. Supporters are gathering in several cities around the world today as a mark of solidarity. (Photo by Dan Kitwood)
Details
18 Aug 2012 11:26:00,post received 0 comments
Fact US Churches Catching on to Communion Breads Free of Gluten 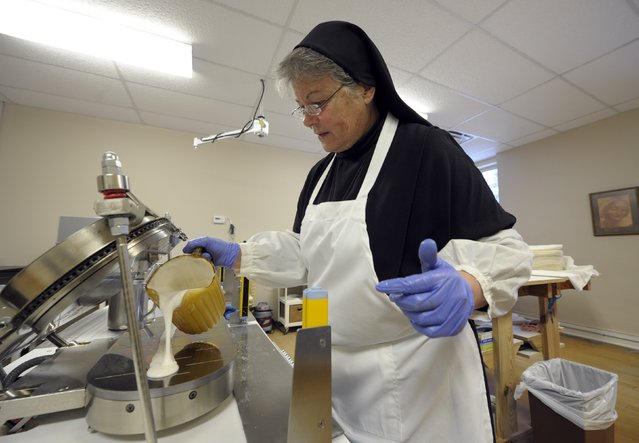 Sister Rebecca Leis pours low-gluten alter bread batter into a machine that bakes the thin bread at the Benedictine Sisters of Perpetual Adoration monastery in Clyde, Missouri, December 18, 2014. The Sisters have made communion wafers since 1910 and began making a low-gluten version in 2003 and have gone from 143 customers in 2004 to more than 11,000 customers from around the world. (Photo by Dave Kaup/Reuters)
Details
25 Dec 2014 13:21:00,post received 0 comments
Fact Gunman Frees Hostage Held For Hours at Brazilian Hotel 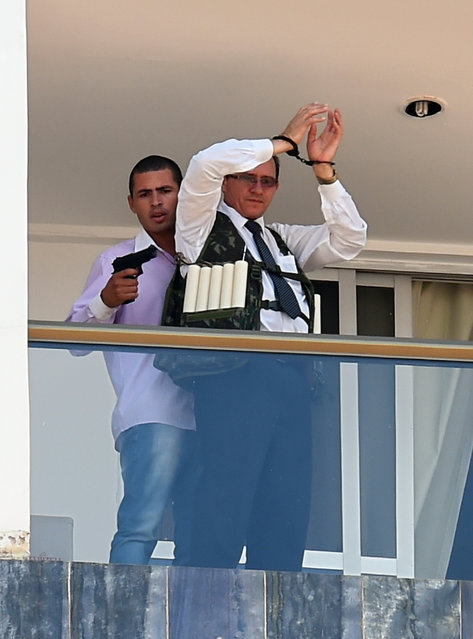 “A Brazilian hotel was evacuated in the capital, Brasilia, on Monday after a man took hostage an employee who was held for hours before he was safely released to police. Firefighters and police cordoned off the area and about 300 guests and other employees left the hotel – some reportedly told to leave by the man who took the employee hostage”. – Associated Press. (Photo by Evaristo Sa/AFP Photo)
Details
30 Sep 2014 08:59:00,post received 0 comments
Popular tags:
All tags
Last searches: