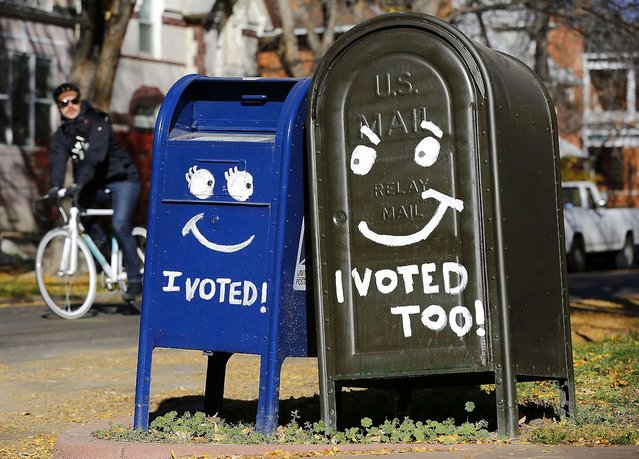 A biker passes by a pair of mailboxes in the Capitol Hill neighborhood November 6, 2012 in Denver, Colorado. Colorado is considered by most experts to be one of the key battleground state in this year's presidential election. (Photo by Marc Piscotty/AFP Photo)
Details
07 Nov 2012 09:33:00,post received 0 comments
Fact US President Barack Obama Visits The UK 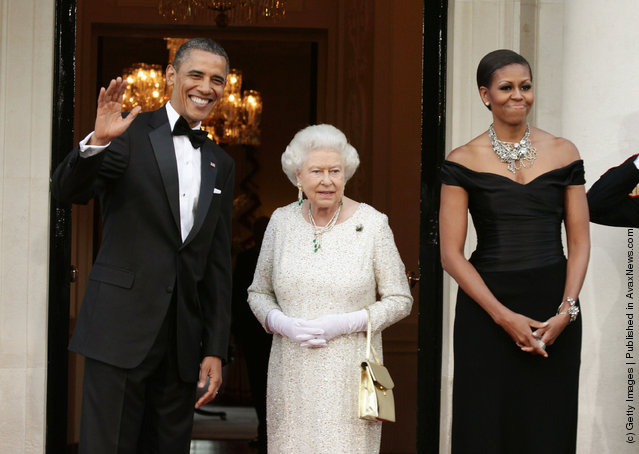 (L-R) U.S. President Barack Obama, Queen Elizabeth II and First Lady Michelle Obama arrive at Winfield House, the residence of the Ambassador of the United States of America, in Regent's Park, on May 25, 2011 in London, England. The 44th President of the United States, Barack Obama, and First Lady Michelle are in the UK for a two day State Visit at the invitation of HM Queen Elizabeth II. Last night they attended a state banquet at Buckingham Palace and today's events include talks at Downing Street and the President will address both houses of Parliament at Westminster Hall. (Photo by Yui Mok - WPA Pool/Getty Images)
Details
26 May 2011 10:29:00,post received 0 comments
Fact Chinese Barack Obama 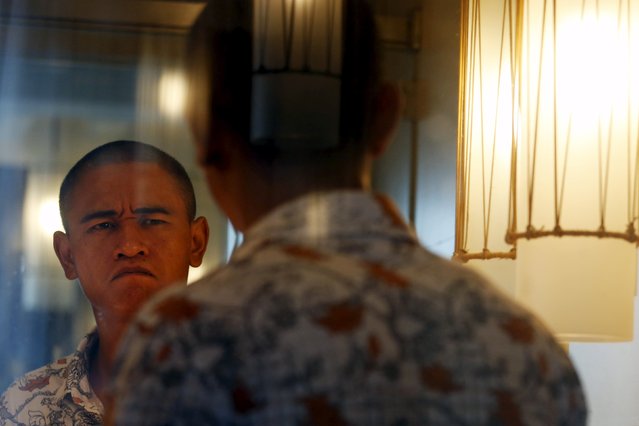 Xiao Jiguo, a 29-year-old actor from China's Sichuan province, reacts after shaping his eyebrows to impersonate U.S. President Barack Obama in a hotel room in the southern Chinese city of Guangzhou September 17, 2015. Xiao is taking part in the filming of a comedy film in Guangzhou, playing a low-level gangster who looks like Obama. (Photo by Bobby Yip/Reuters)
Details
21 Sep 2015 12:11:00,post received 0 comments
Funny Barack Obama Training in Polish 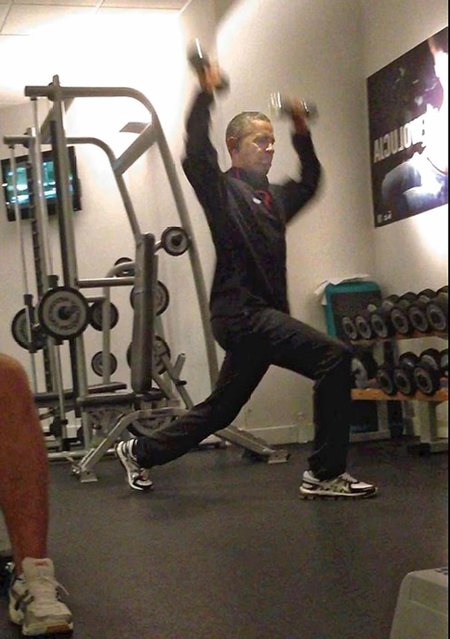 The President was staying at a Marriott in Warsaw recently where someone secretly shot video of him working out in the hotel gym. There has been a surprising amount of criticism of this. The Secret Service is getting criticized and fitness experts have been criticizing Obama's form. He's even taking it on the chin from foreign leaders.
Details
08 Jun 2014 09:31:00,post received 0 comments
Fact U.S. Elections: Messages for the Future President 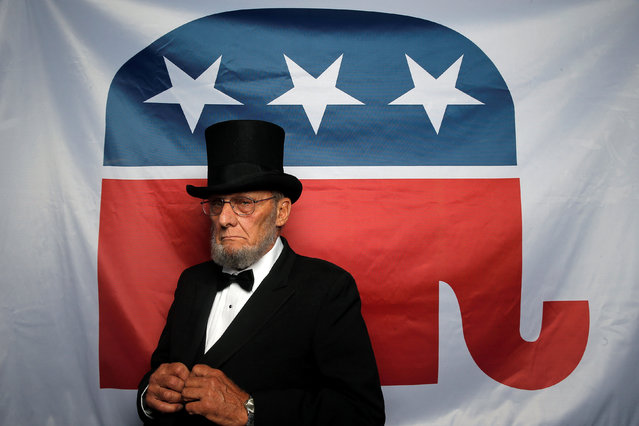 This year's Republican National Convention and Democratic National Convention both saw passionate delegates in outrageous costumes – but that's where the similarities mostly end. Reuters photographer Jim Young gives a look at what it's like to be on the convention floor and talks to the delegates who make the conventions memorable. (Photo by Jim Young/Reuters)
Details
29 Jul 2016 12:10:00,post received 0 comments
Fact President Obama Hosts White House Science Fair 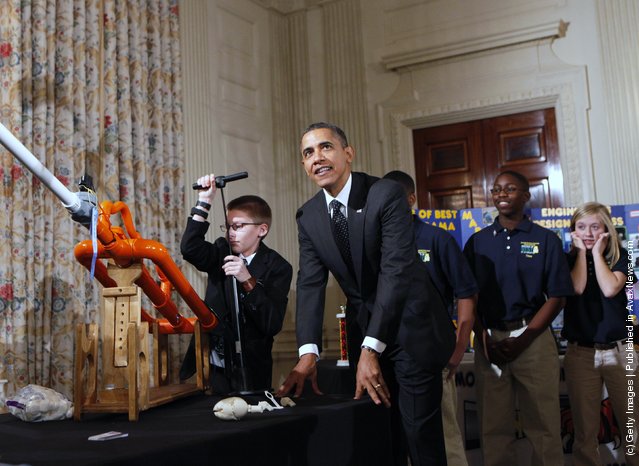 The President tree is the name of a giant sequoia located in the Giant Forest of Sequoia National Park in the United States, east of Visalia, California. The tree is believed to be at least 3,200 years old.
The tree was named after President Warren G. Harding in 1923. Nearby trees include Chief Sequoyah, the 27th largest giant sequoia in the world, and the Congress Group, two dense stands of medium sized sequoias that represent the "House" and "Senate".
Details
31 Mar 2013 10:13:00,post received 0 comments
Fact Storms in the U.S 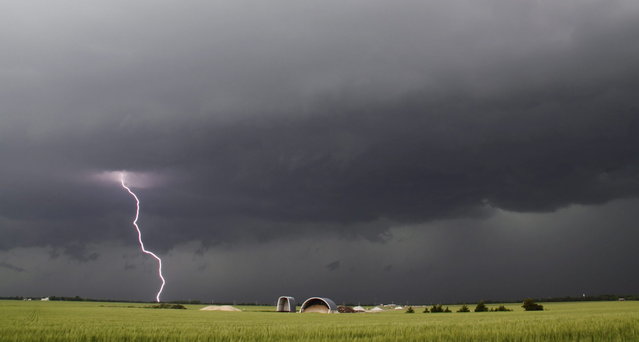 Lightning from a tornadic thunderstorm passing over Clearwater, Kansas strikes at an open field May 19, 2013. A massive storm front swept north through the central United States on Sunday, hammering the region with fist-sized hail, blinding rain and tornadoes, including a half-mile wide twister that struck near Oklahoma City. News reports said at least one person had died. (Photo by Gene Blevins/Reuters)
Details
21 May 2013 07:49:00,post received 0 comments
Popular tags:
All tags
Last searches: