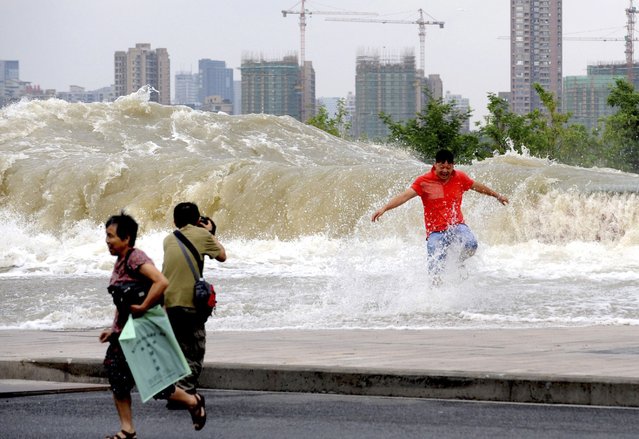 A man (2nd L) takes pictures as visitors run away from a wave caused by a tidal bore which surged past a barrier on the banks of Qiantang River, in Hangzhou, Zhejiang province August 14, 2014. (Photo by Reuters/Stringer)
Details
19 Aug 2014 10:40:00,post received 0 comments
Fact A Wall on Mexican Border 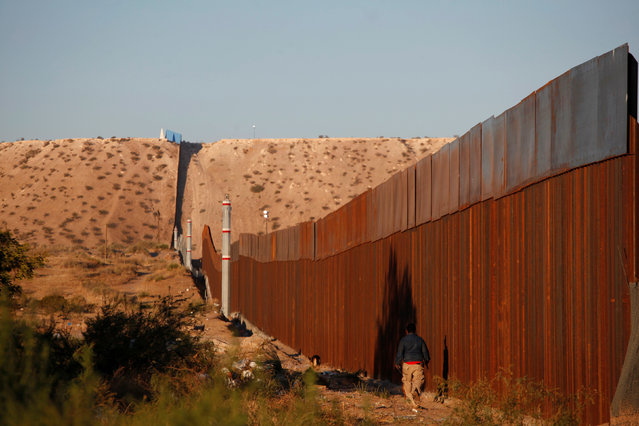 A man walks next to a section of the wall separating Mexico and the United States, on the outskirts of Ciudad Juarez, Mexico, November 12, 2016. (Photo by Jose Luis Gonzalez/Reuters)
Details
14 Nov 2016 09:46:00,post received 0 comments
Wow Geese vs Wall 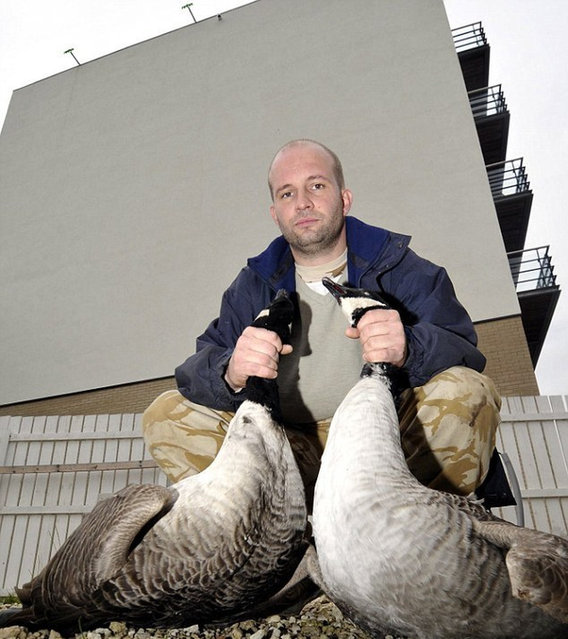 This building in North Yorkshire, England is situated on the migration routes of wild geese. In cloudy weather, the gray color of the wall blends into the color of the sky with the result that many birds fly beak first into the side of the building. The owner contacted the authorities of the city for assistance and they have appealed to the public for artists who have a good concept for the wall’s design.
Details
04 Mar 2013 11:42:00,post received 0 comments
Fact When the Berlin Wall Fell 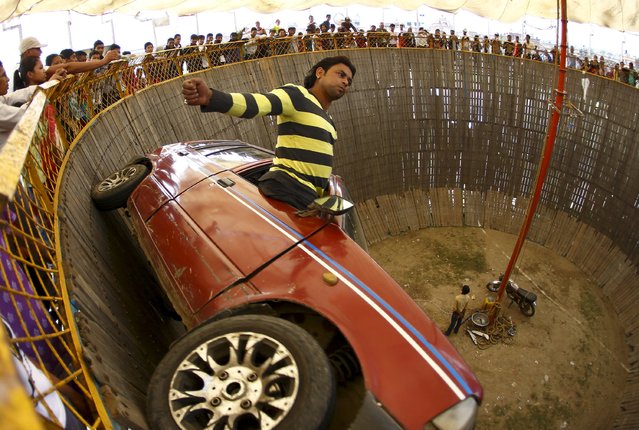 A stuntman performs while riding a car inside the “Wall of Death” attraction during a fair in Bhaktapur April 20, 2015. (Photo by Navesh Chitrakar/Reuters)
Details
21 Apr 2015 11:42:00,post received 0 comments
Educative Paintings by Josephine Wall 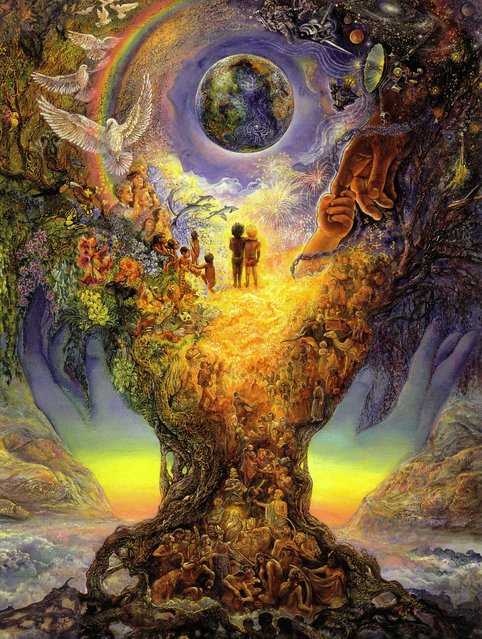 Josephine Wall is an English fantasy artist and sculptor. Born in Farnham, Surrey, England in 1947, as a child she was always drawn to color, light, fantasy, and visual storytelling. Wall was influenced by Arthur Rackam illustrative ability, the surrealism of artists Magritte and Dali, along with the Pre-Raphaelites romanticism. She went to Farnham grammar school until her family Poole, Dorset when she was 14. There she studied at Parkstone (Dorset) grammar school, she then went on to study at Bournemouth College. Her first job as an artist was in 1967 at Poole Pottery as a designer and painter.
Details
07 Apr 2014 12:26:00,post received 0 comments
Wow Snow Wall in Japan 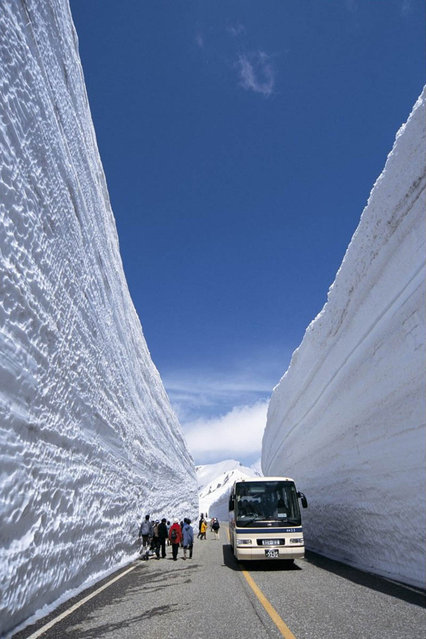 The Tateyama Kurobe Alpine Route is an international mountain sightseeing route some 90 kilometers (56 miles) long. The route goes across the 3,000-meter-high North Alpine mountains, the so-called “roof of Japan,” and connects Toyama and Shinano Omachi. You can enjoy the panorama by taking a train, highland bus, trolley bus, cable car, and ropeway. Since the lines opened in June 1971, the Tateyama mountain area has been transformed from an isolated spot into one of the nation’s best sightseeing areas, where a million guests visit every year.
Details
27 Jul 2012 09:28:00,post received 0 comments
Popular tags:
All tags
Last searches: