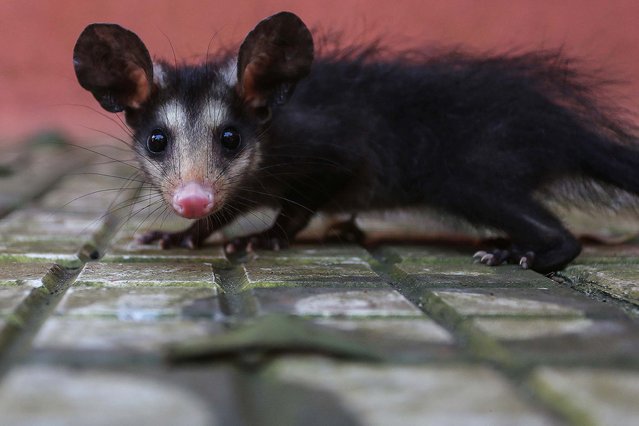 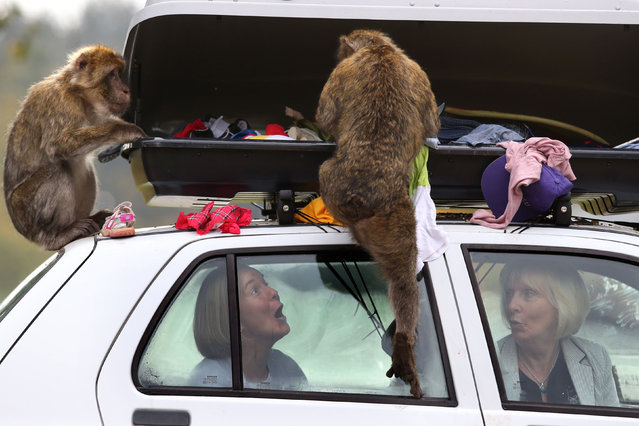 Sasha Muir and Margaret Davidson sit in a car as some of the 30 barbary macaques, known as the Middle Hill Troop after living between the top of Gibraltar rock and the town, show what happens when motorists forget to lock their luggage compartments, as Scotland’s only monkey drive-through section opens at Blair Drummond safari park in Stirling, Scotland on October 8, 2015. (Photo by Andrew Milligan/PA Wire)
Details
13 Oct 2015 08:03:00,post received 0 comments
Fact Animals this Week 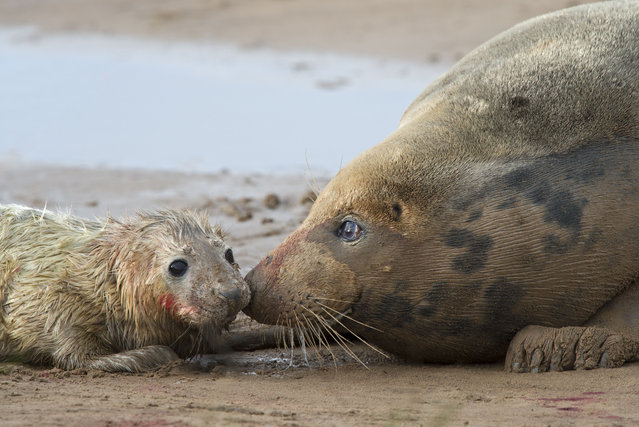 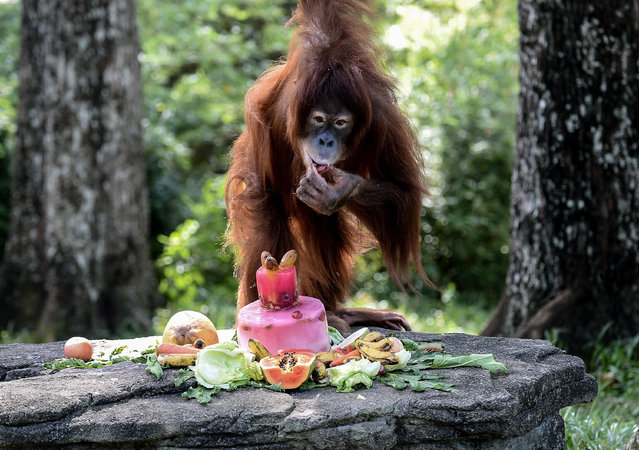 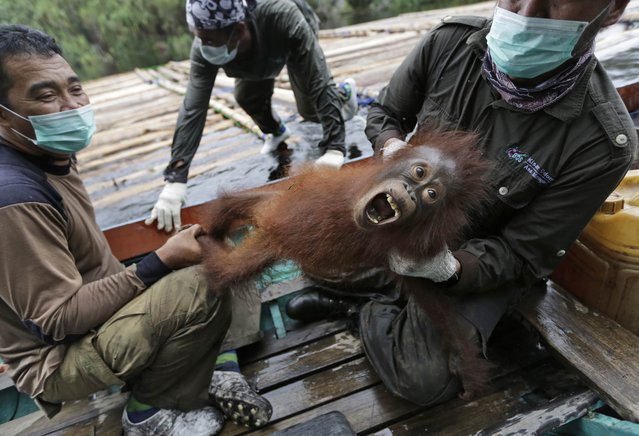 In this January 7, 2016, photo, conservationists of Borneo Orangutan Survival Foundation hold a baby orangutan rescued along with its mother during a rescue and release operation for orangutans trapped in a swath of jungle in Sungai Mangkutub, Central Kalimantan, Indonesia. Last year's forest fires drove orangutans closer to the river bank, where they had to live in an over-populated swath of forest as thin as 30 meters wide along the river. (Photo by Dita Alangkara/AP Photo)
Details
25 Jan 2016 11:36:00,post received 0 comments
Fact Animals this Week 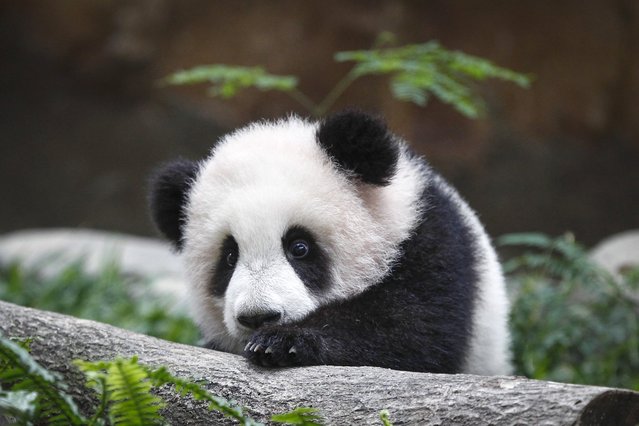 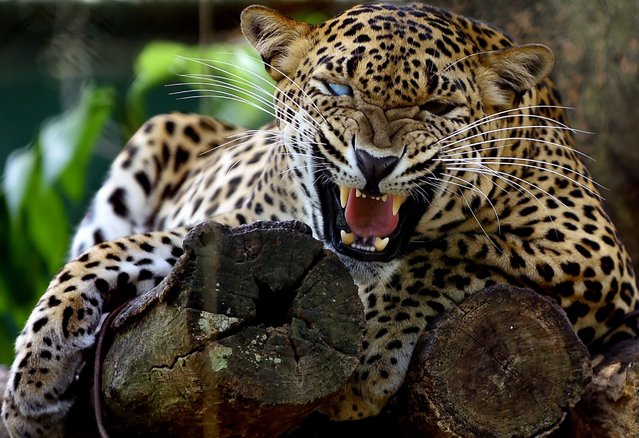 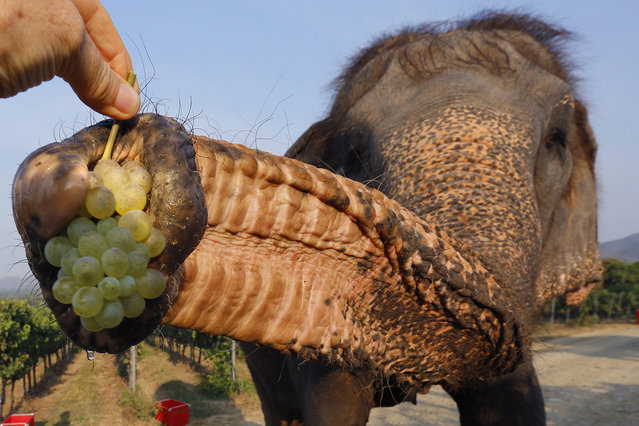 Tourists feed freshly picked grapes to 40-year-old elephant Boonruen, a long-term resident of the Hua Hin Hills vineyard, that used to be an elephant corral in Hua Hin, about 200km southwest of Bangkok, Thailand, 08 March 2016. The winery is among a handful of companies producing new latitude wines in non-traditional wine areas of the world near the equator. Harvest is only once a year in Thailand, this year in March. (Photo by Barbara Walton/EPA)
Details
20 Mar 2016 11:20:00,post received 0 comments
Popular tags:
All tags
Last searches: