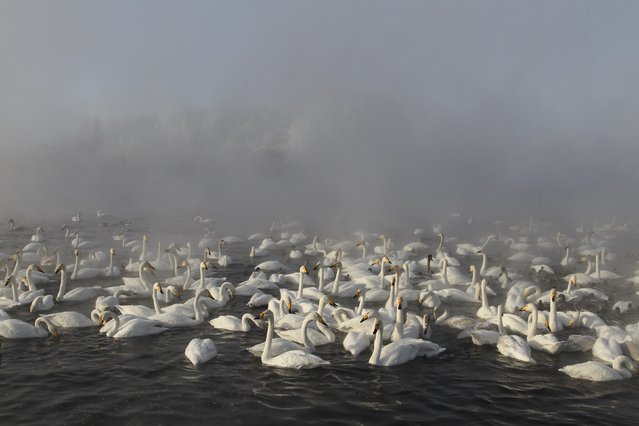 Swans swim over a lake, with the air temperature at about minus 35 degrees Celsius (minus 31 degrees Fahrenheit) as steam ascends above the water during sunset near the village of Urozhainy, Sovetsky district of Altai region, January 26, 2015. About 600 swans annually migrate to the lake, which is heated by warm springs, where they spend their winter being fed by yagers, which helps them to survive the severe cold. (Photo by Andrei Kasprishin/Reuters)
Details
28 Jan 2015 11:40:00,post received 0 comments
Educative Jellyfish Lake 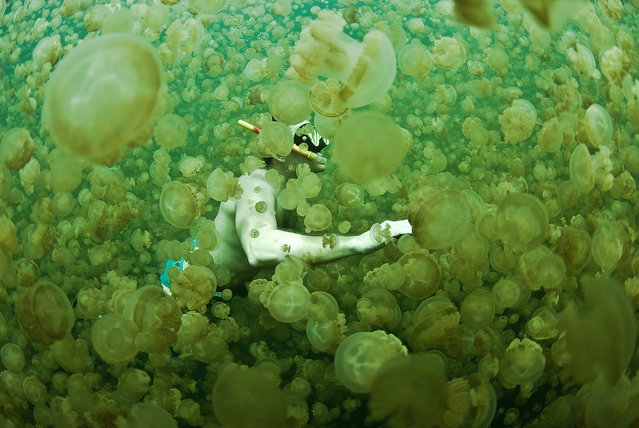 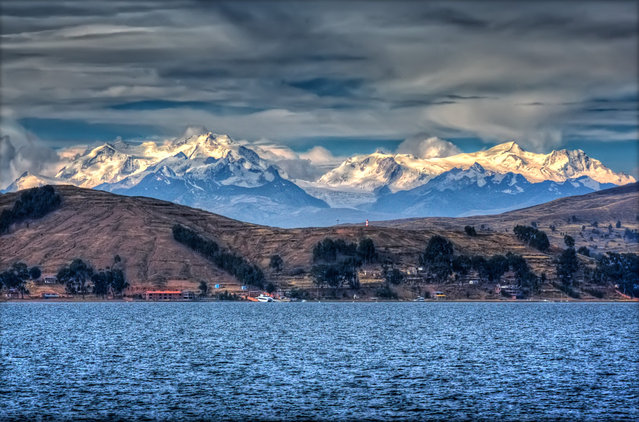 Titicaca or Titiqaqa is a large, deep lake in the Andes on the border of Peru and Bolivia. By volume of water, it is the largest lake in South America. Lake Maracaibo has a larger surface area, though some consider it to be a large brackish bay due to its direct connection with the sea.
Details
22 Jul 2015 12:20:00,post received 0 comments
Fact Lake Titicaca 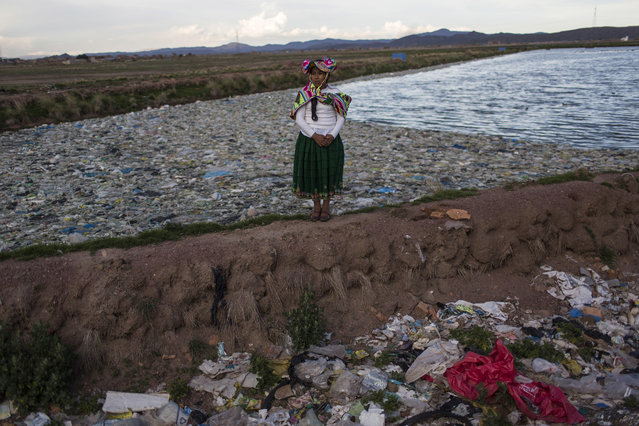 In this February 1, 2017 photo, environmental activist Maruja Inquilla poses for a photo next to a Municipal waste treatment plant with water that flows into Lake Titicaca, in Juliaca, in the Puno region of Peru. “If the frogs could talk they would say, This is killing me”," said Inquilla, who recently showed up at the Puno governor's house carrying plastic bags filled with hundreds of dead frogs in protest. (Photo by Rodrigo Abd/AP Photo)
Details
04 Mar 2017 00:02:00,post received 0 comments
Sad Poopo Lake 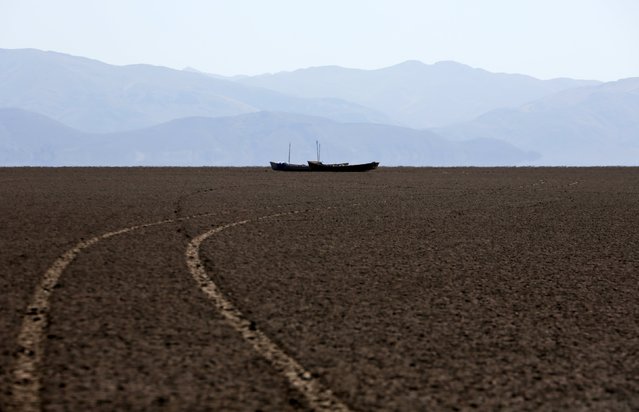 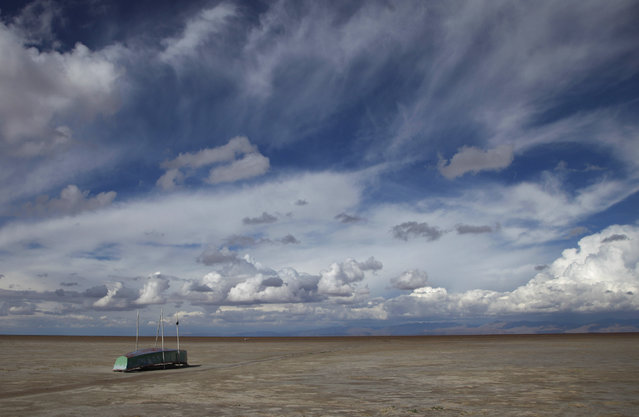 In this January 12, 2016 photo, an abandoned boat lies on the dried up lake bed of Lake Poopo, on the outskirts of Untavi, Bolivia. Drought caused by the recurrent El Nino meteorological phenomenon is considered the main driver of the lake's demise. Along with glacial melting, authorities say another factor is the diversion of water from Poopo's tributaries, mostly for mining but also for agriculture. (Photo by Juan Karita/AP Photo)
Details
21 Jan 2016 12:33:00,post received 0 comments
Wow Vocklabruck Platform in the Middle of a Lake 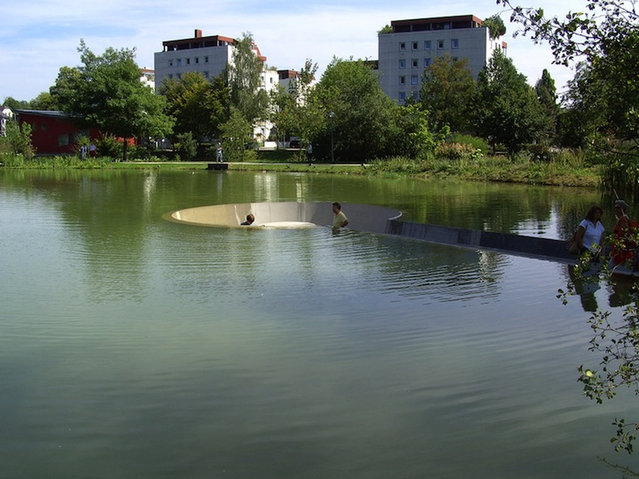 There's a wonderfully picturesque spot in Vöcklabruck, Austria where visitors are able to sit in the middle of a pond without getting wet. The scenic landscape includes a path leading down to a hollowed out circular area where people can take a seat and relax amongst nature. It's a surreal journey along the gradual ramp to the observational platform as the water level gains height either side. Once in the resting area, depending on perspective, visitors seem like they're wading in the lake without a drop of water on them.
Details
09 Apr 2013 09:23:00,post received 0 comments
Fact Lake Louise in Canada 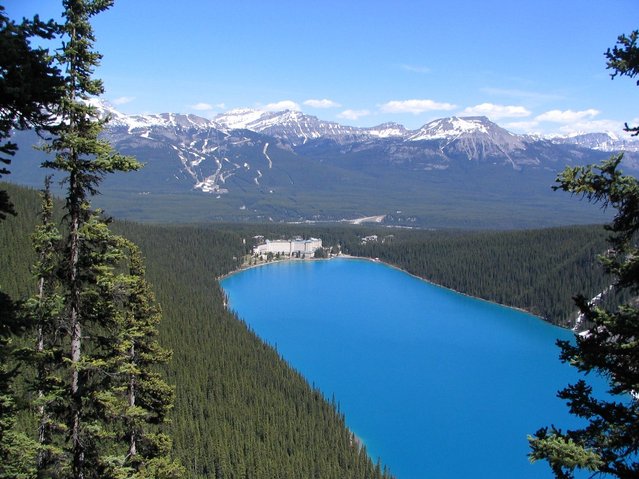