Touching Cormorant Fishing
“Cormorant fishing is a traditional fishing method in which fishermen use trained cormorants to fish in rivers. Historically, cormorant fishing has taken place in Japan and China from around 960 AD. and recorded from other places throughout the world.

To control the birds, the fishermen tie a snare near the base of the bird's throat. This prevents the birds from swallowing larger fish, which are held in their throat, but the birds can swallow smaller fish. When a cormorant has caught a fish in its throat, the fisherman brings the bird back to the boat and has the bird spit the fish up. Though cormorant fishing once was a successful industry, its primary use today is to serve the tourism industry.

The types of cormorants used differ based on the location. In Gifu, Japan, the Japanese Cormorant (P. capillatus) is used; Chinese fishermen often employ Great Cormorants (P. carbo). Darters (Anhinga), which are very close relatives of cormorants, are also used for this fishing technique on occasion”. – Wikipedia 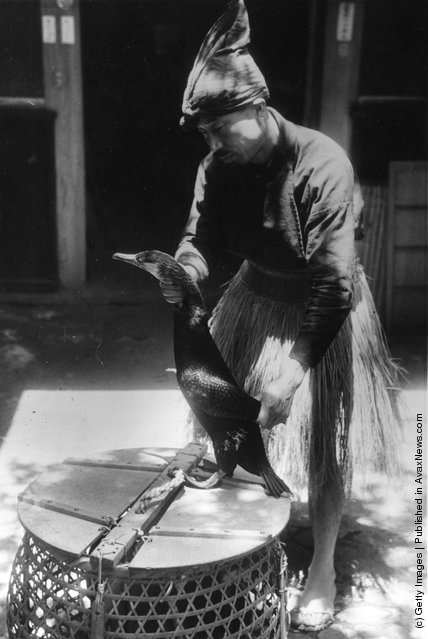 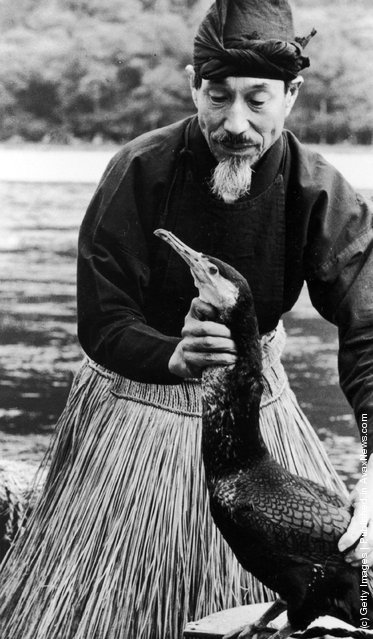 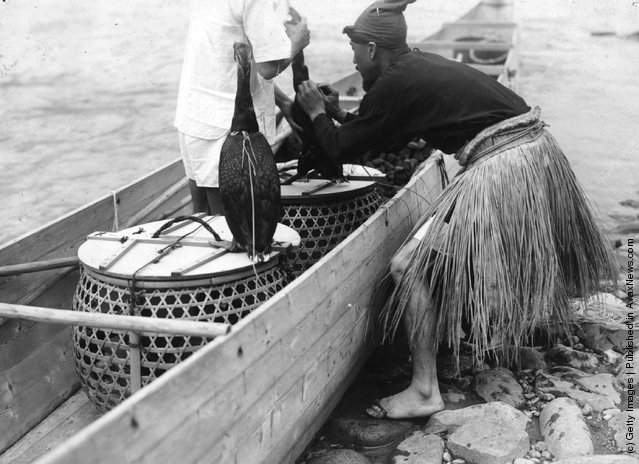 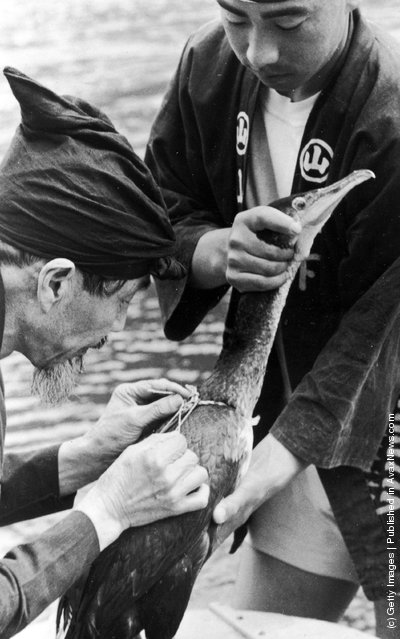 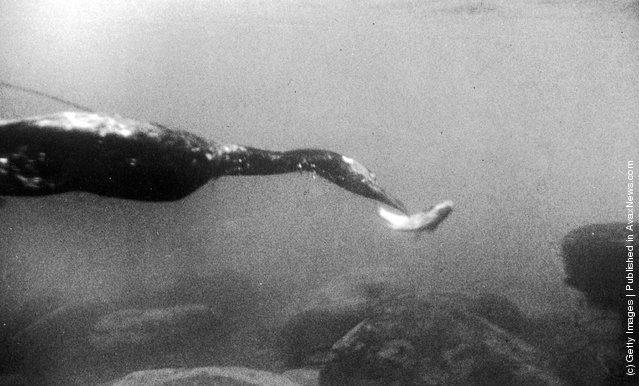 A cormorant catching a fish in its beak whilst underwater in the Nagara River, Gifu, Japan. The bird has string tied around its neck by local fishermen to prevent it swallowing its catch. (Photo by Three Lions/Getty Images). Circa 1950 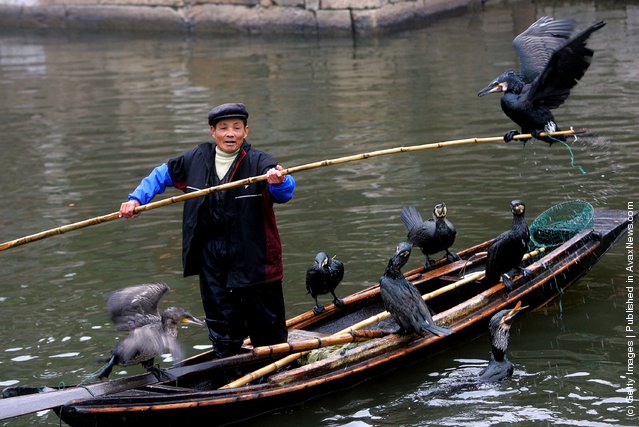 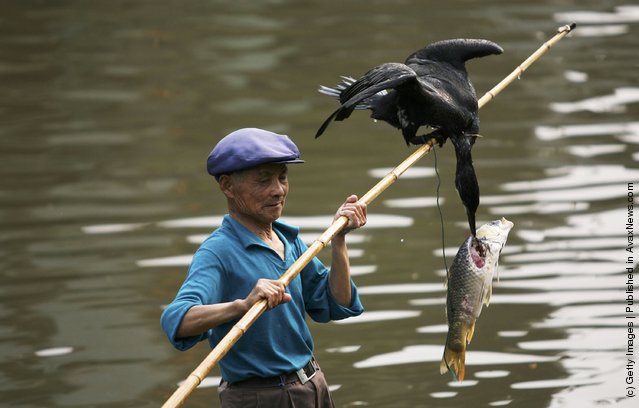 A fisherman catches fish with his cormorants on a canal on January 31, 2006 in Xitang Township of Jiashan County, Zhejiang Province, southeast China. (Photo by China Photos/Getty Images)

Chinese people row boats carrying cormorants during a re-enactment of ancient fishing to mark the Dragon Boat Festival June 11, 2005 in Chengdu of Sichuan Province, China. The Dragon Boat Festival is celebrated throughout China with activities such as boat races and the eating of sticky rice dumplings known as the “zongzi”. The festival falls on the fifth day of the fifth month on the Chinese lunar calendar, in remembrance of Qu Yuan, a patriotic poet who committed suicide in the Miluo River on the day in 221 BC. (Photo by China Photos/Getty Images) 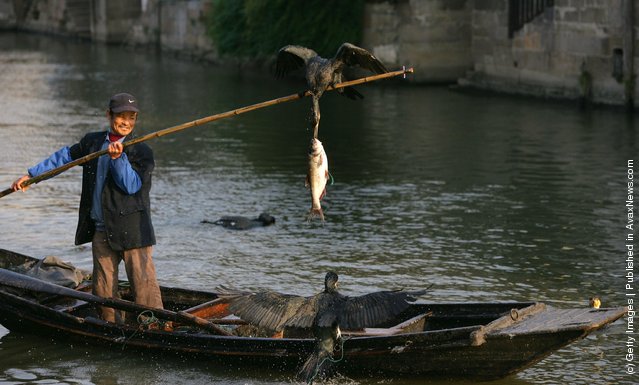 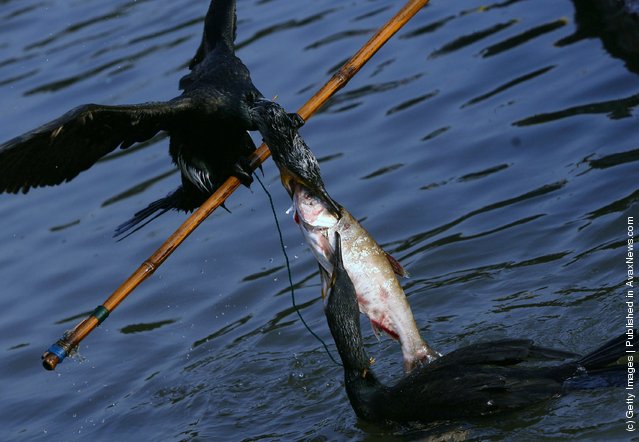 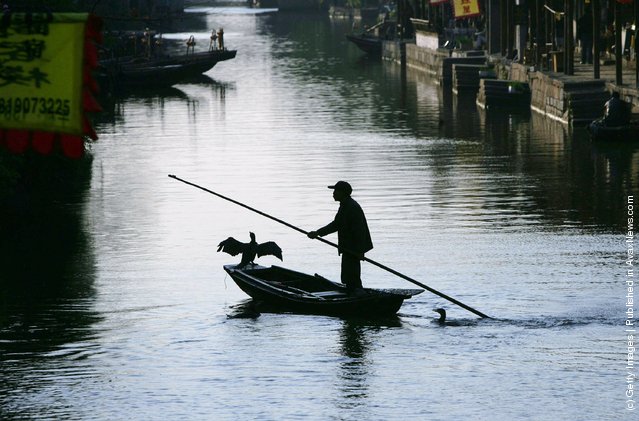 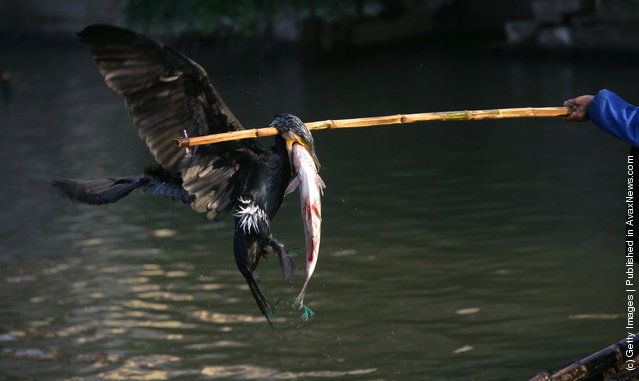 A cormorant raised by a fisherman catches a fish on a canal on November 27, 2007 in Xitang Town of Jiashan County, Zhejiang Province, China. (Photo by China Photos/Getty Images) 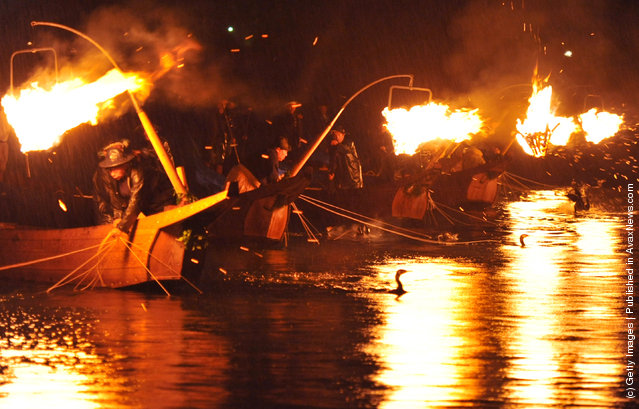 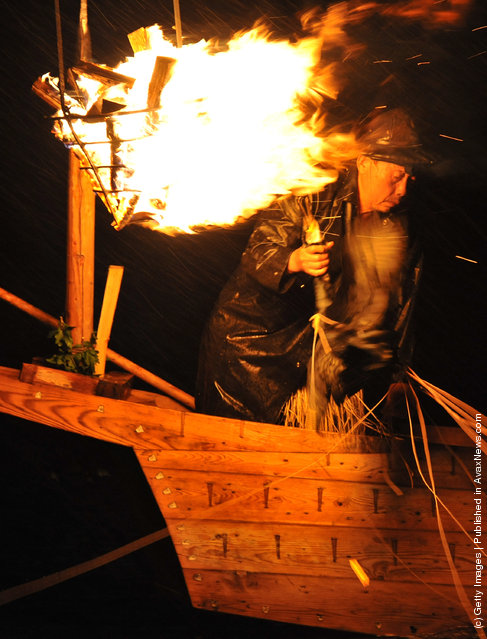 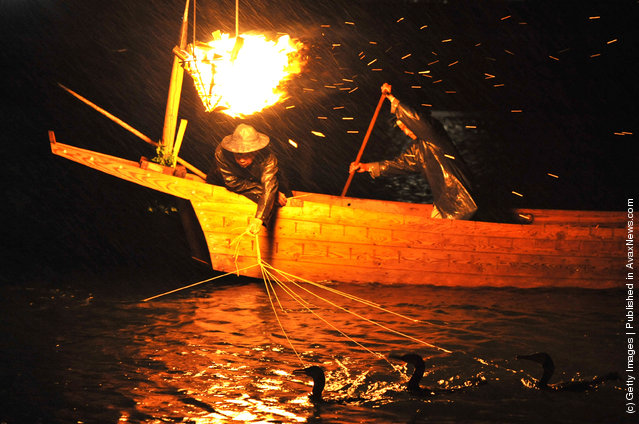 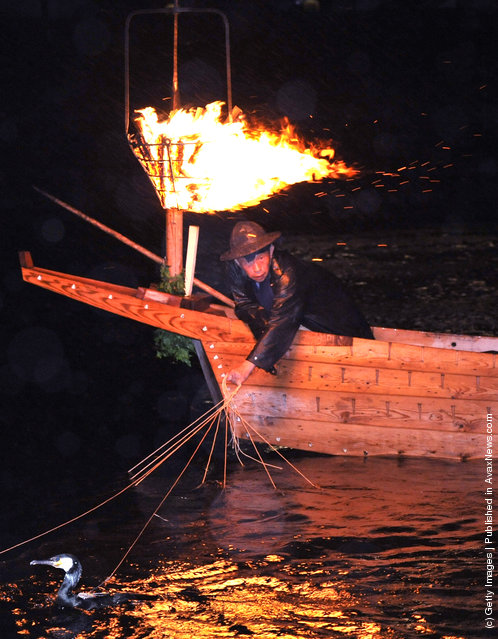 Fishermen, known as Cormorant Fishing Masters, use cormorant birds or “U” during the practice of “Ukai” or cormorant fishing during the fishing season which runs from May 11 to October 15, on the Nagara River on June 14, 2010 in Gifu, Japan. The 1300 year old tradition sees fishermen use the fire lanterns to illuminate the river for the cormorants to catch their fish prey. There are just six Masters now working the river, the skills for which have been handed down through their families over generations. Whilst 13 cities in Japan engage in cormorant fishing, only the two locations of Gifu and Seki on the Nagara River have the fishing masters who are Imperial Fishermen of the Household Agency. (Photo by Akihiro I/Getty Images)
Edit Del
07 Oct 2011 09:34:00, post received 0 comments
Publication archive:
←   →
Popular tags:
All tags
Last searches: