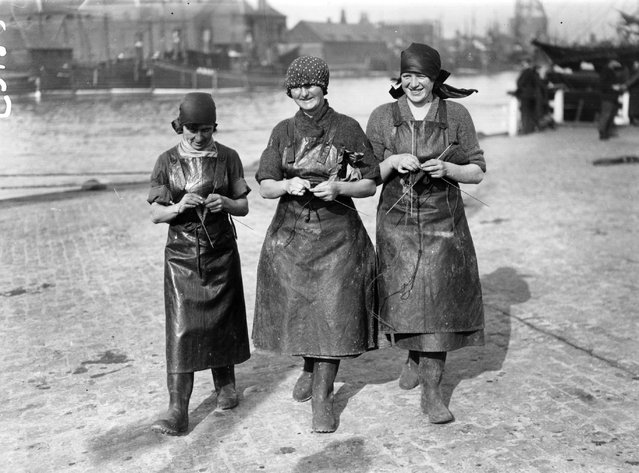 Three Scottish herring girls knitting whilst waiting for the arrival of the fishing fleet at Great Yarmouth in England, 1929. Thousands of women travel from Scotland to Great Yarmouth to process the catch during the autumn herring season. (Photo by Topical Press Agency) 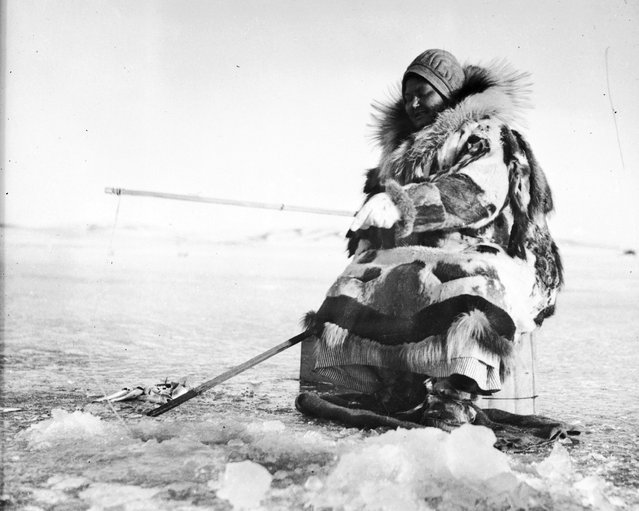 A Sami woman wearing a thick fur coat fishes through a hole on an icy expanse in Alaska, circa 1950. (Photo by Evans/Three Lions) 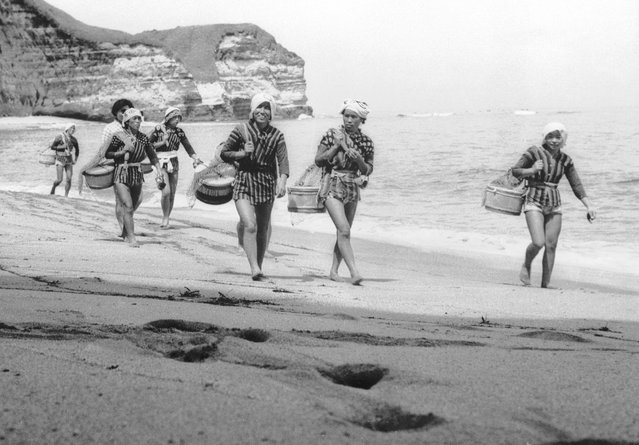 A group of Japanese skin divers or “Amas” prepare for a day's work near the small fishing village of Onjuku in the Chiba prefecture of Japan, August 1959. Stripped to the waist, they will fill their tubs with the seaweed they harvest. (Photo by Keystone Features) 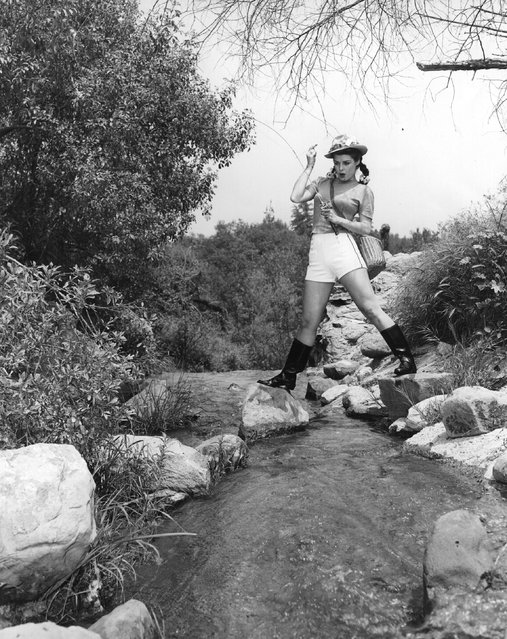 Pat Alphin, the Hollywood star and film actress catches a fish, circa 1935. (Photo by Hulton Archive) 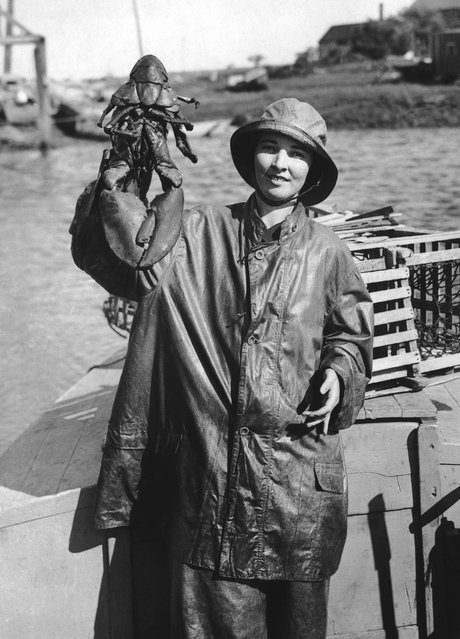 Fisherwoman Storsely Manner of Rye Beach, New Hampshire, who fishes for lobster off the New England coast, supplying many restaurants in New York, circa 1950. (Photo by Hulton Archive) 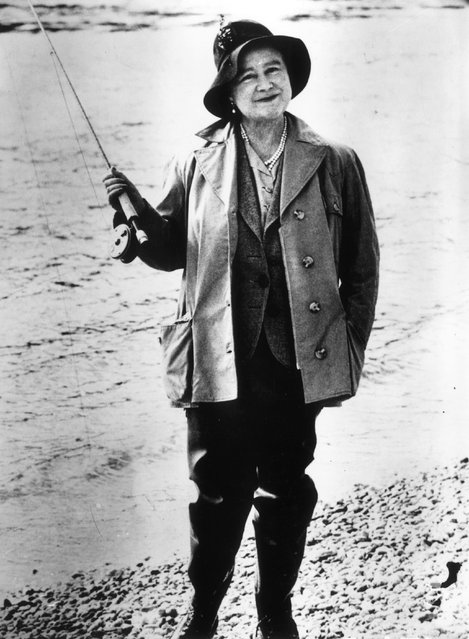 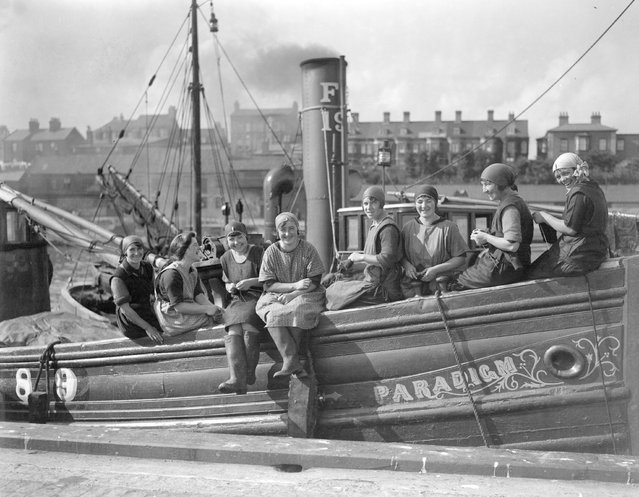 A group of Scottish fisherwomen arrive at Great Yarmouth aboard the fishing vessel “Paradigm” for the autumn herring season. The women busy themselves knitting while waiting for the boats to bring in the herring. 27th September 1928. (Photo by Harold Clements/London Express) 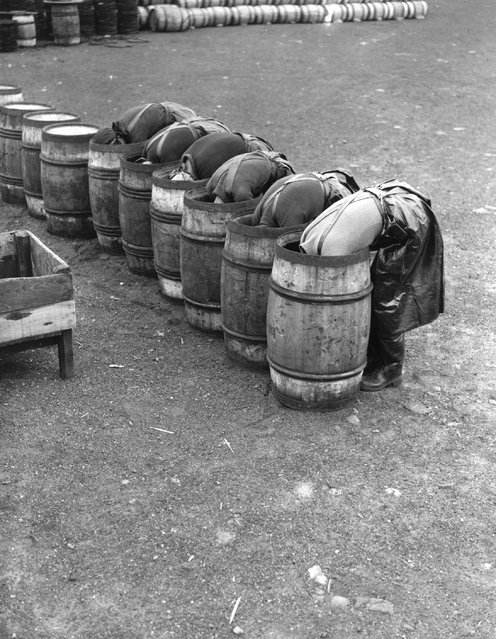 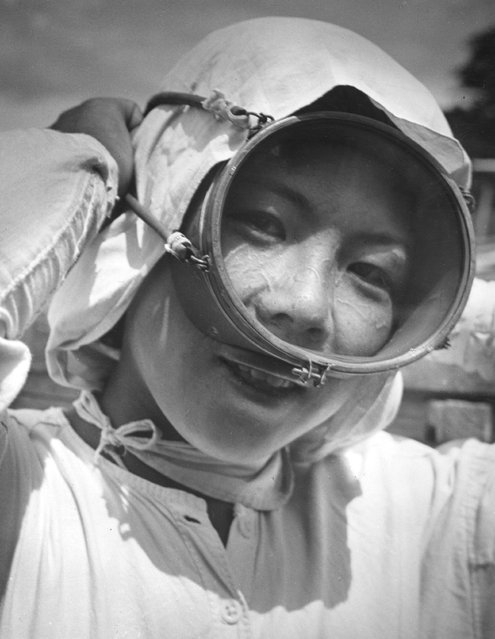 A young Japanese girl adjusts her face mask before another dive, May 1956. Known as an “Ama”, she will dive all day long catching shellfish. (Photo by Keystone Features) 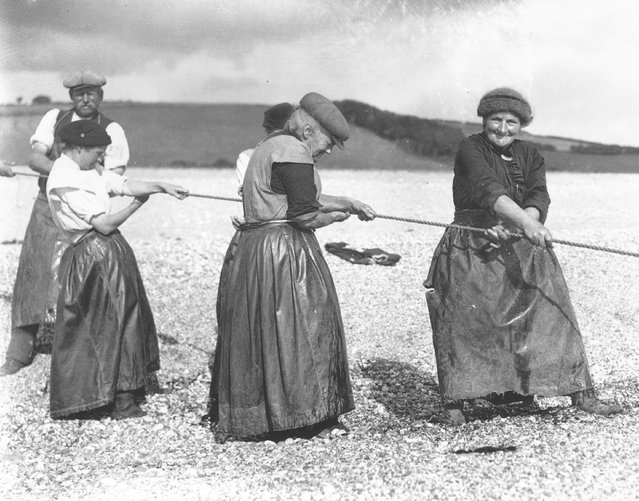 Old women in Devon haul in the day's catch of fish with a stout rope, 1927. (Photo by Central Press) 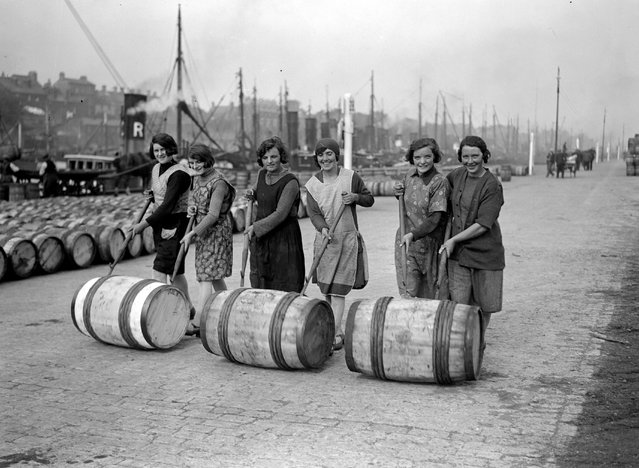 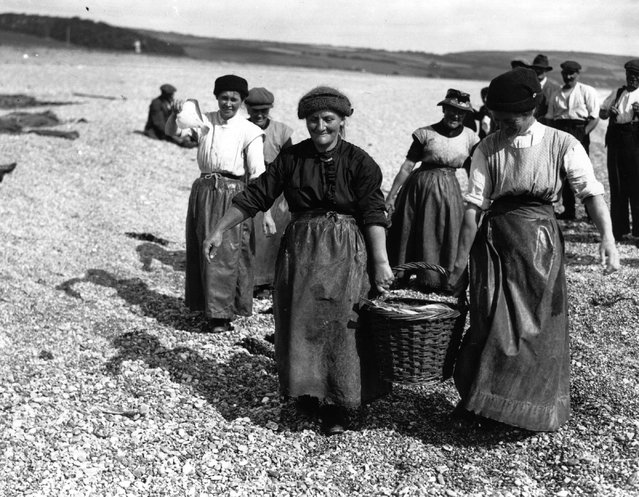 Women in Devon carry loaded baskets of fish along the shore, watched by the men, 1927. (Photo by Central Press) 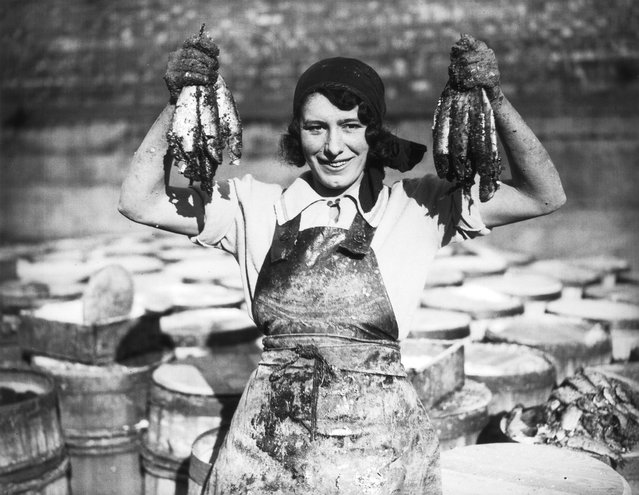 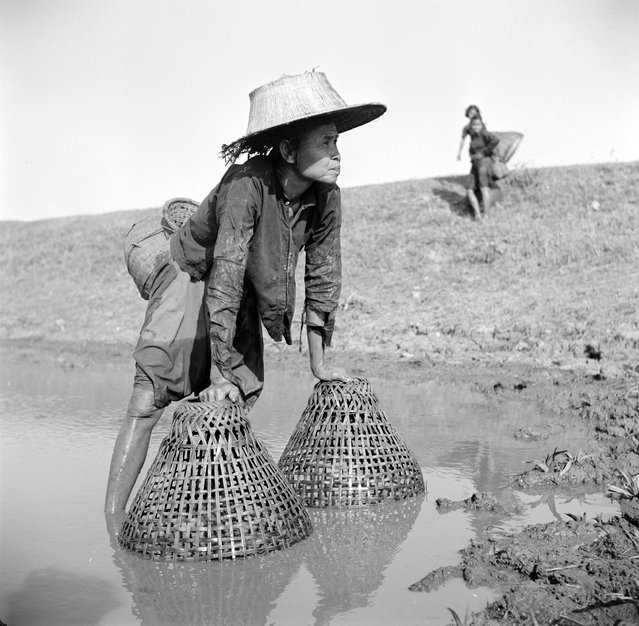 An elderly woman using baskets to fish for plaice in a canal in Thailand, circa 1955. (Photo by Three Lions) 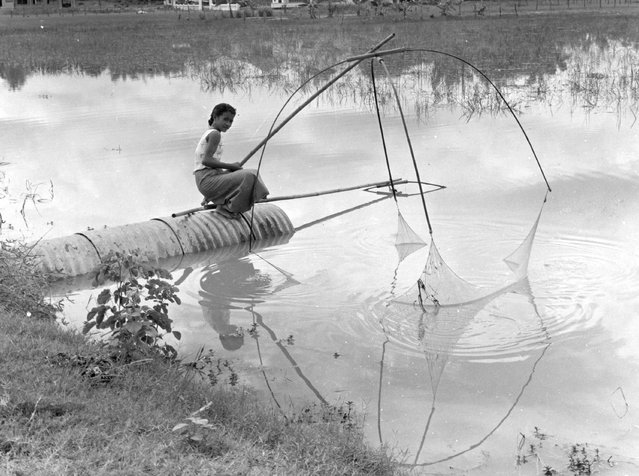