Touching Japanese Macaques Bathe In Hot Springs
“Jigokudani Monkey Park (地獄谷野猿公苑 Jigokudani Yaen Kōen) is in Yamanouchi, Shimotakai District, Nagano Prefecture, Japan at 36°43′58″N 138°27′46″E. It is part of the Joshinetsu Kogen National Park (locally known as Shigakogen), and is located in the valley of the Yokoyu-River, in the northern part of the prefecture. The name Jigokudani, meaning “Hell's Valley”, is due to the steam and boiling water that bubbles out of small crevices in the frozen ground, surrounded by steep cliffs and formidably cold and hostile forests.

The heavy snowfalls (snow covers the ground for 4 months a year), an elevation of 850 meters, and being only accessible via a narrow two kilometer footpath through the forest, keep it uncrowded despite being relatively well-known.

It is famous for its large population of wild Japanese Macaques (Macaca fuscata), more commonly referred to as Snow Monkeys, that go to the valley during the winter, foraging elsewhere in the national park during the warmer months. Starting in 1963, the monkeys descend from the steep cliffs and forest to sit in the warm waters of the onsen (hotsprings), and return to the security of the forests in the evenings.

Jigokudani is not the farthest north that monkeys live. The Shimokita Peninsula is at the northern part of the Honshū island and the northwest area of this peninsula, latitude +41°31' longitude +140°56', approximately 500 km or 310 miles north from Jigokudani is the northern limit of Japanese Macaque habitat. No primate, with the exception of humans, is known to live in a colder climate”. – Wikipedia


Photos: Japanese macaque monkeys enjoy sitting in the hot springs at Jigokudani-Onsen (Hell Valley) on January 23, 2005 in Jigokudani, Nagano-Prefecture, Japan. Japanese Macaques, also known as snow monkeys are the most northerly nonhuman primate in the world. In 1963 a female Macaque ventured into the hot springs to retrieve some soybeans. This behaviour was adopted by other monkeys, and eventually by the entire troop. This Macaque troop regularly visits the Jigokudani-Onsen springs to escape the cold. The hot springs are said to help relieve nerve pain and fatigue. (Photo by Koichi Kamoshida/Getty Images) 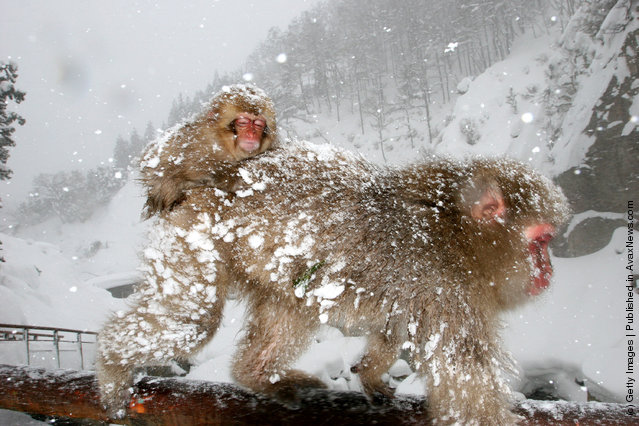 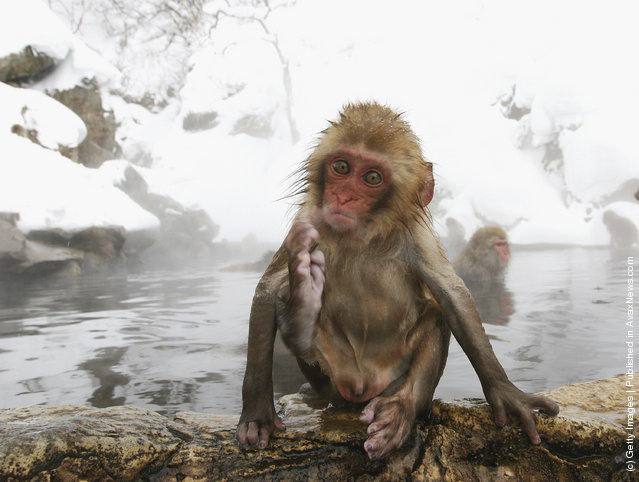 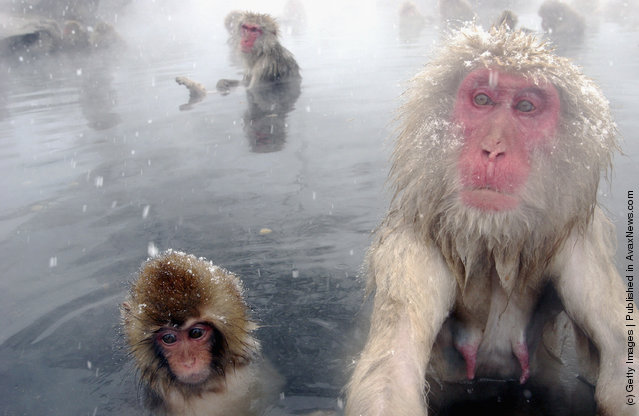 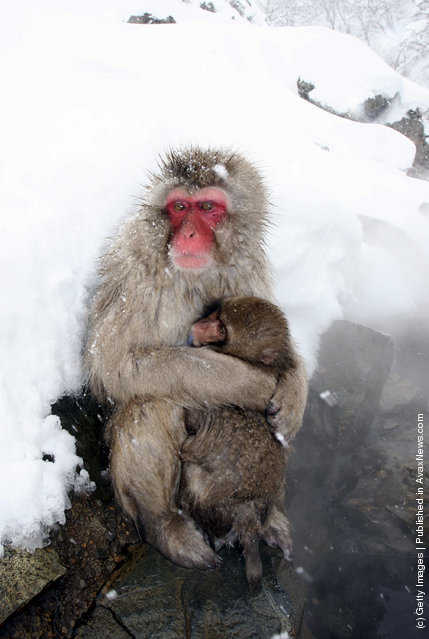 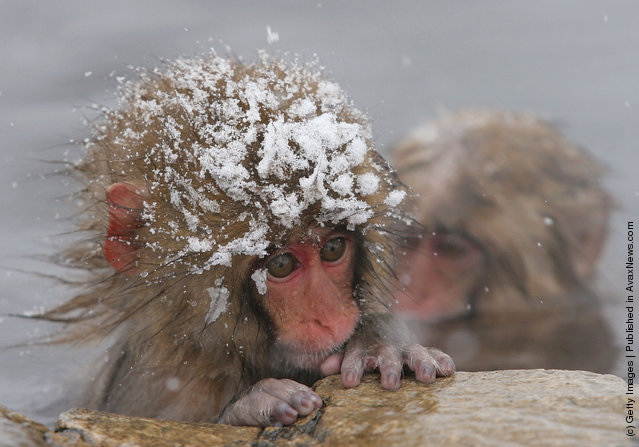 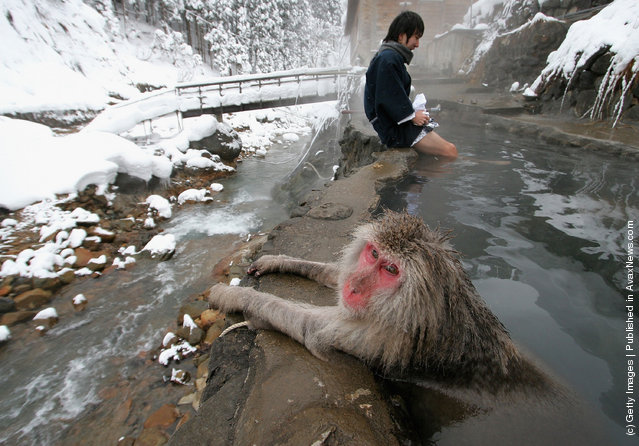 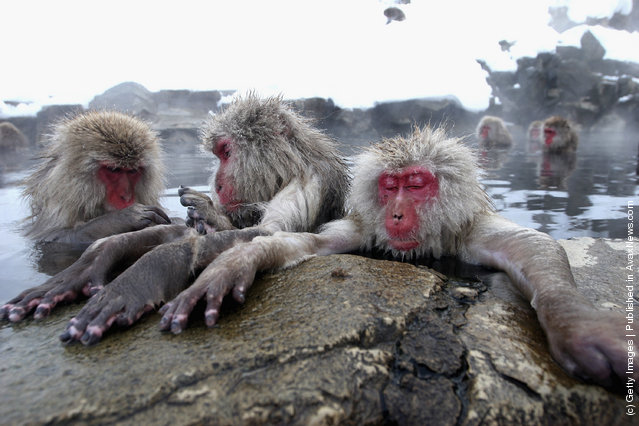 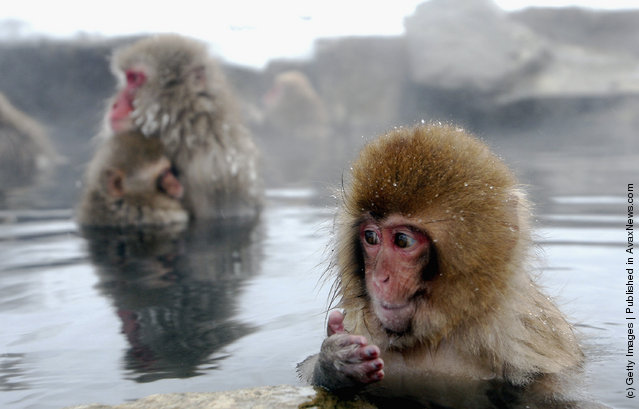 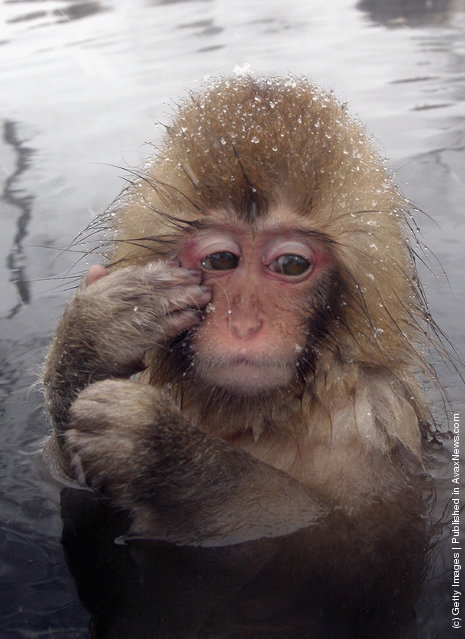 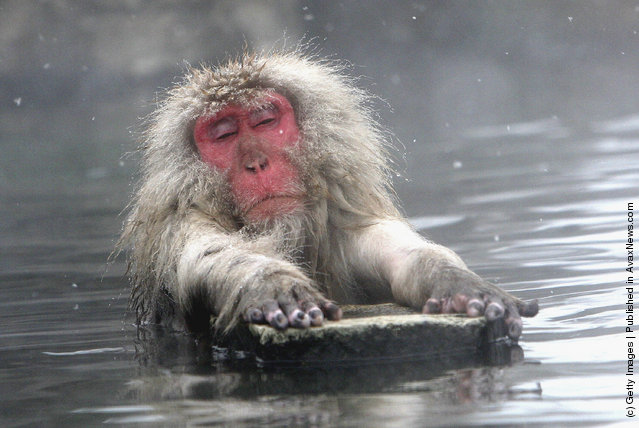 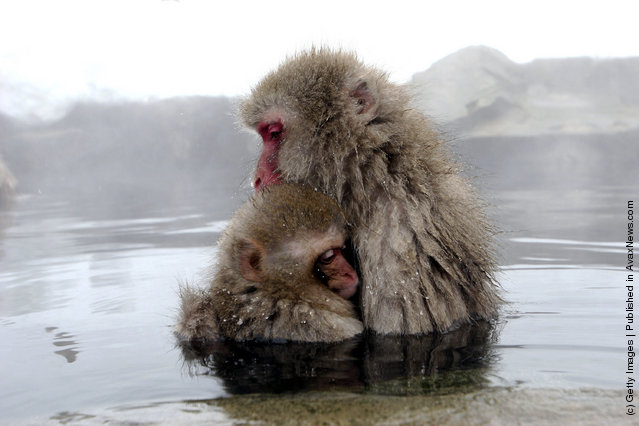 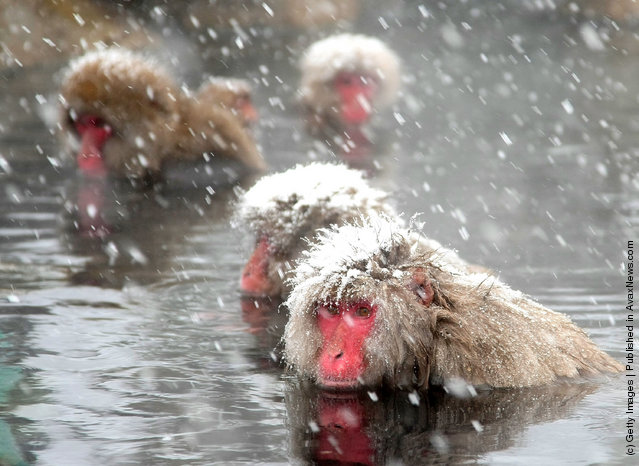 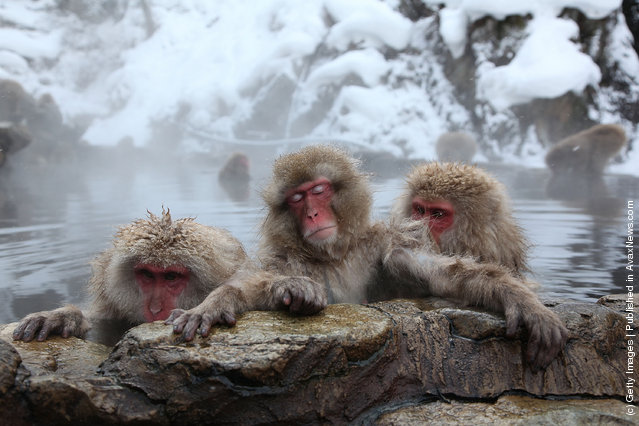 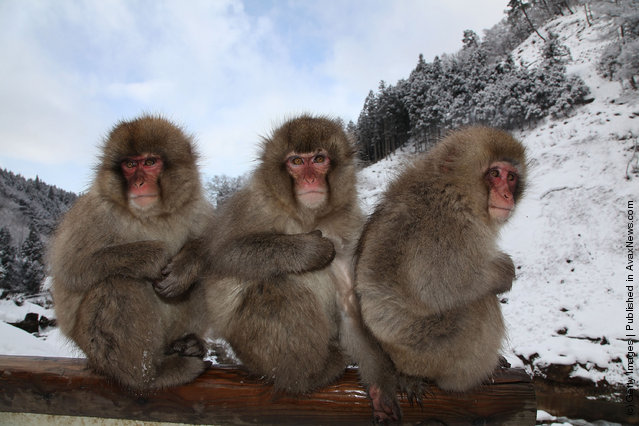 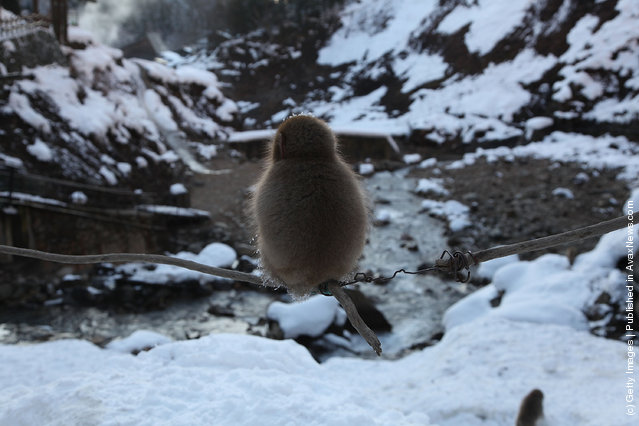