Touching Leopard Seal
“The leopard seal (Hydrurga leptonyx), also referred to as the sea leopard, is the second largest species of seal in the Antarctic (after the southern elephant seal). It is most common in the southern hemisphere along the coast of Antarctica and on most sub-Antarctic islands, but can also be found on the coasts of southern Australia, Tasmania, South Africa, New Zealand, Lord Howe Island, Tierra del Fuego, the Cook Islands, and the Atlantic coast of South America. It can live twenty-six years, possibly more. Orcas and large sharks are the only natural predators of leopard seals.

The leopard seal lives in the cold waters surrounding Antarctica. During the summer months, it hunts among the pack ice surrounding the continent, spending almost all of its time in the water. In the winter, it ranges north to the sub-Antarctic islands. Occasionally, individuals may be spotted on the southern coasts of South America, Australia, and New Zealand, and as far north as the Cook Islands. Juveniles are more often found in the north.

The leopard seal is a solitary creature and comes together in small groups only when it is time to mate. During the mating season, males and females make acoustic calls to each other over distances, with at least the males having individual variability in their vocalising sequence patterns. After a nine-month gestation, the female digs a hole in the ice, and gives birth to a single pup during the Antarctic summer. She protects the pup until it is able to fend for itself.

They are very quiet except for some grunting and growling noises. The leopard seal is bold, powerful and curious. In the water, there is a fine line between curiosity and predatory behavior, and it may “play” with penguins that it does not intend to eat”. – Wikipedia 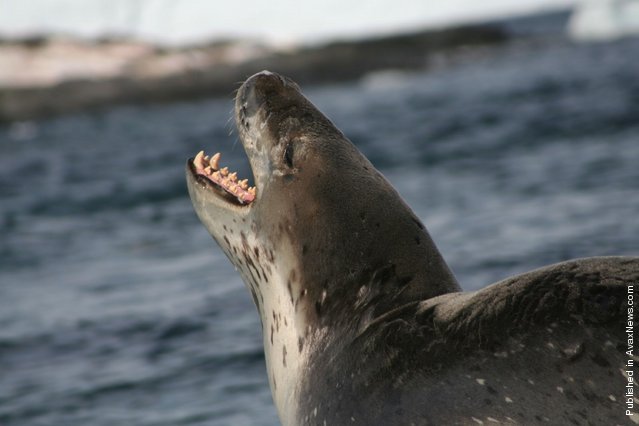 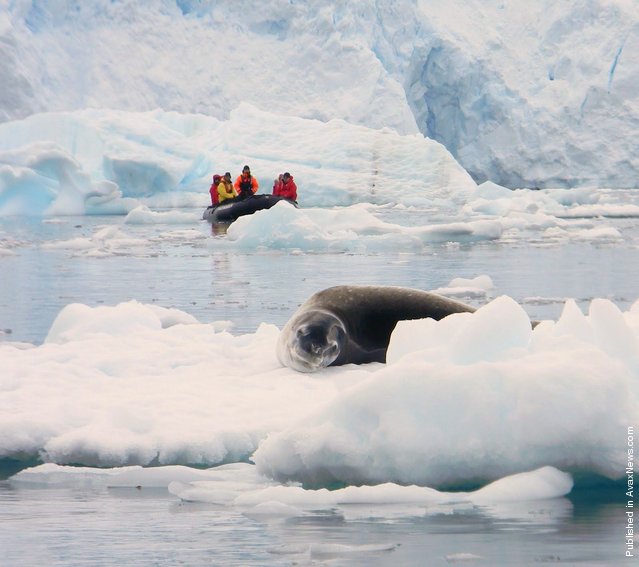 Photo by: B. Navez; Source: Wikimedia 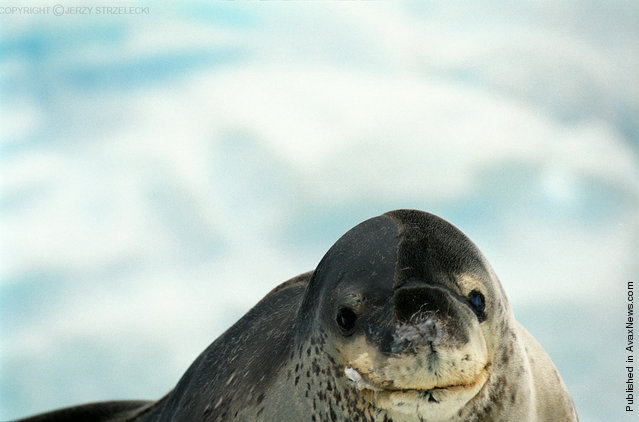