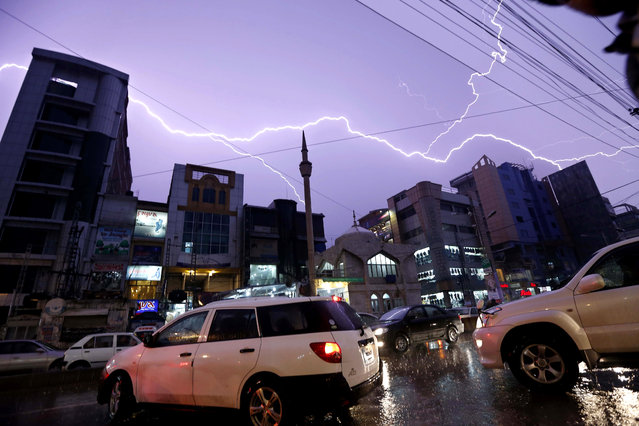 A lightning illuminates the dark sky over during a rainy day with thunderstorm in Peshawar, Pakistan, 26 February 2021. Khyber Pakhtunkhwa are expected to receive substantial rain during this time, according to the weather department. The southern areas of Sindh, according to the Met department, will also receive light to moderate rainfall due to the system. (Photo by Bilawal Arbab/EPA/EFE) 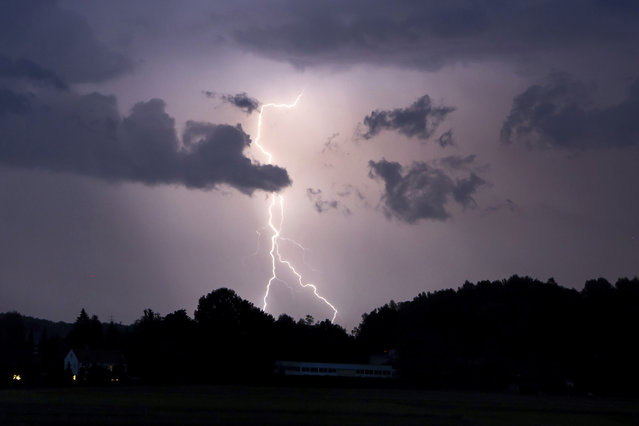 Lightning lights up the night sky In Neumarkt, Germany, Sunday, June 20, 2021. Heavy rains and thunderstorms have caused flooded cellars and streets as well as fallen trees and a variety of property damage in Central and Upper Franconia in the night to Monday. (Photo by Tobias Hartl/dpa via AP Photo) 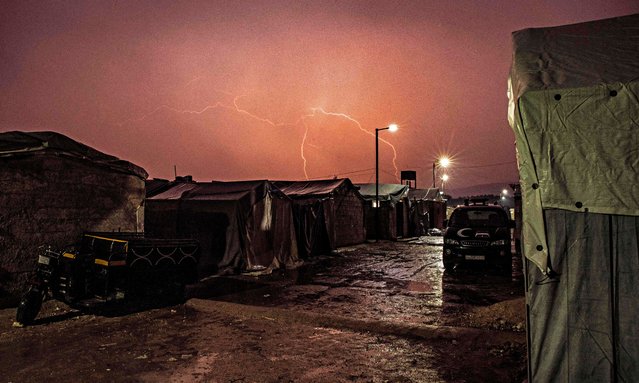 Lighting strikes above tents at a camp for diplaced people near the town of Deir al-Ballut in Afrin's countryside, in Syria's Aleppo province near the border with Turkey, on January 13, 2021. (Photo by Rami Al Sayed/AFP Photo) 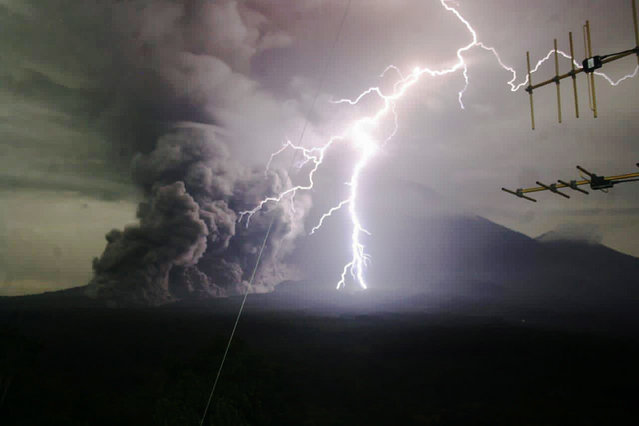 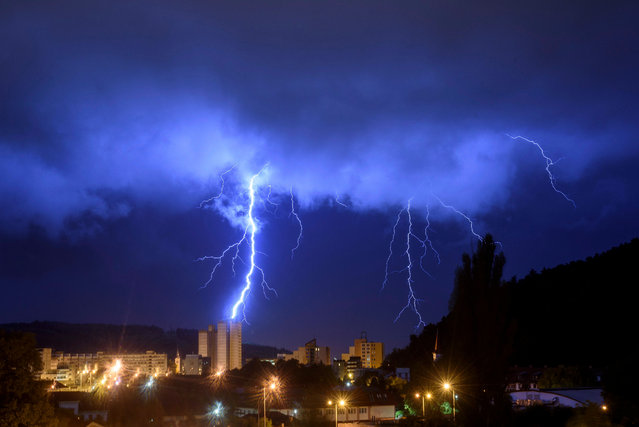 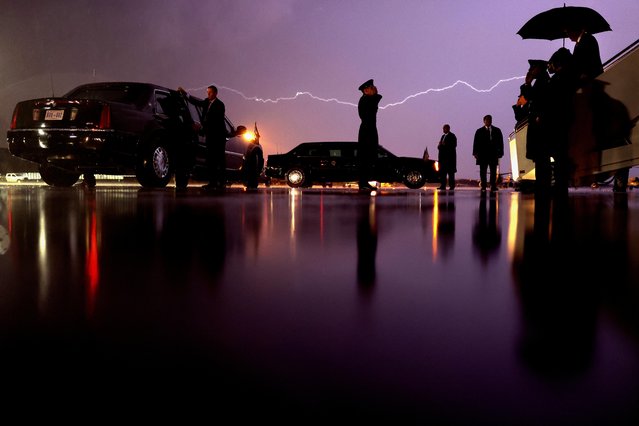 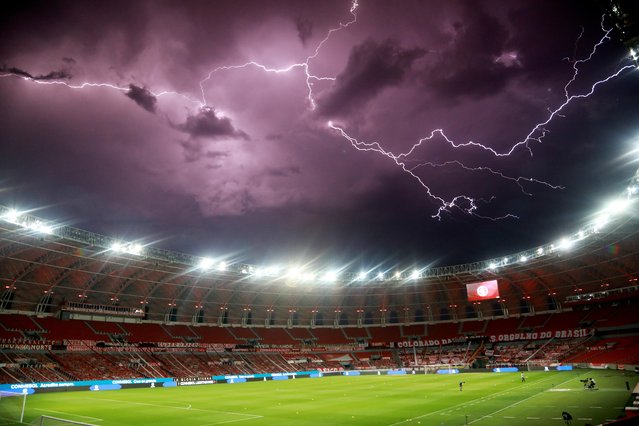 Lightning streaks across the sky before the Copa Libertadores Round of 16 match between Internacional and Boca Juniors at Beira Rio Stadium in Porto Alegre, Brazil on December 2, 2020. (Photo by Silvio Avila/Pool via Reuters) 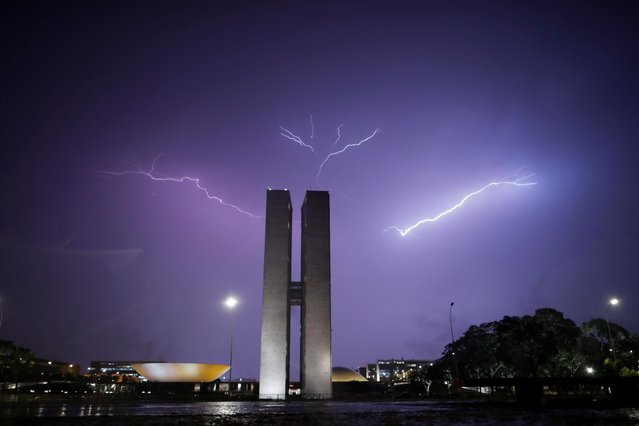 Lightning illuminates the sky above the National Congress in Brasilia, Brazil on February 3, 2021. (Photo by Ueslei Marcelino/Reuters) 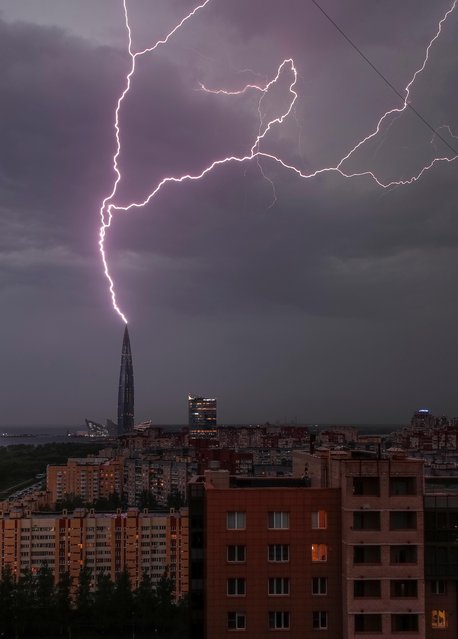 Lightning strikes are seen above the business tower Lakhta Centre, which is under construction in Saint Petersburg, Russia on May 18, 2021. (Photo by Anton Vaganov/Reuters) 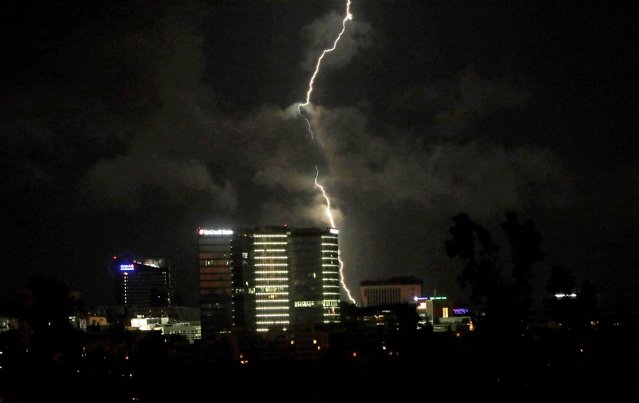 A lightning strikes over buildings as a thunderstorm passes through Prague, Czech Republic, June 29, 2021. (Photo by David W. Cerny/Reuters) 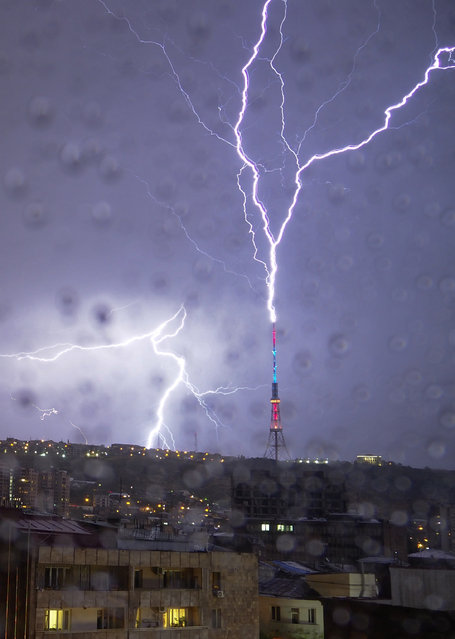 In this photo taken through a window covered with raindrops, lightning hits a TV tower in Yerevan, the capital of Armenia, Sunday, October 4, 2020. (Photo by Dmitri Lovetsky/AP Photo) 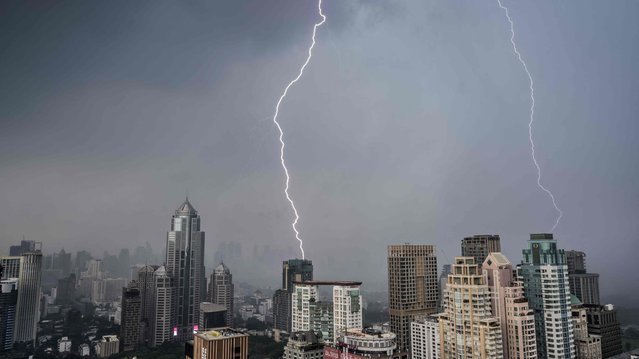 Lightning bolts strike buildings during a thunderstorm in Bangkok on May 3, 2021. (Photo by Mladen Antonov/AFP Photo) 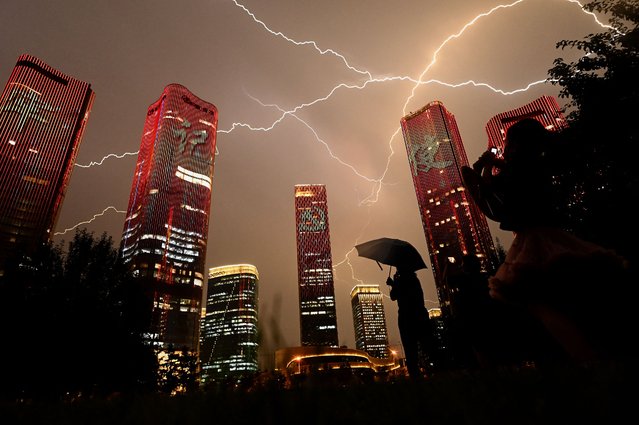 People look at buildings displaying a light show on the eve of the 100th anniversary of the Chinese Communist Party in Beijing on June 30, 2021. (Photo by Noel Celis/AFP Photo) 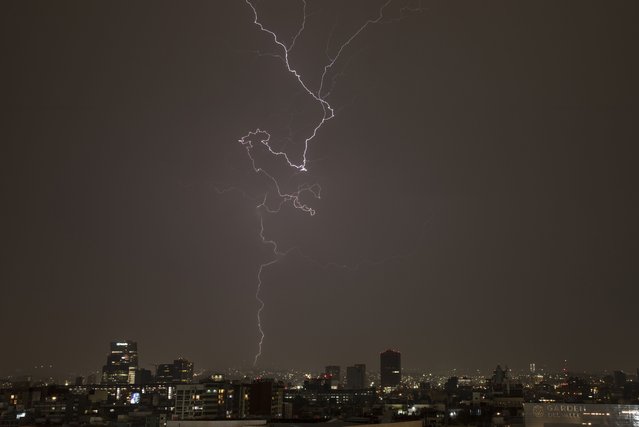 Electric storm over Mexico City on May 28, 2021. (Photo by Jose Carlo Gonzalez) 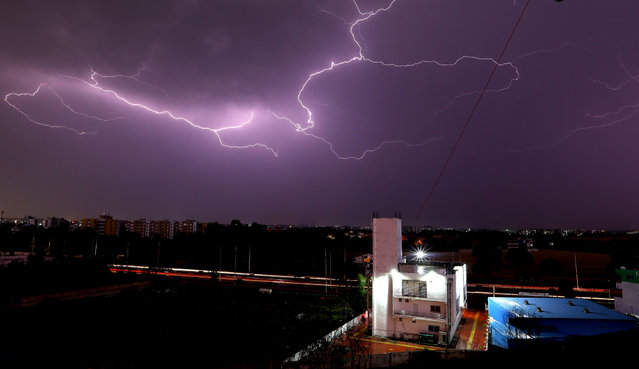 Lightning illuminates the sky during a thunderstorm in Bhopal, India, 19 March 2021. The India Meteorological Department (IMD) in its “All India Weather Forecast Bulletin” for 19 March reported that it observed thundershowers and rain througout the day in many regions of the country. (Photo by Sanjeev Gupta/EPA/EFE)
Edit Del
01 Jul 2021 09:43:00, post received 0 comments
Publication archive:
←   →
Popular tags:
All tags
Last searches: