Touching Tokyo's Robot Restaurant
In a restaurant down an alley in one of Tokyo’s best-known red light districts, four massive female robots wink and wave as they lumber to the beat of traditional Japanese drums and a Lady Gaga dance tune. It’s show time at the “Robot Restaurant,” a high-tech take on the city’s decades-old cabaret scene that puts a friendly, if unusual, face on the robot technology in which Japan is a world leader. More than half the world’s industrial robots are used here, but the featured performers at the brand-new venue, which owners say cost 10 billion yen (US$125.8 million) and took three years to build, are 3.6 meter-high, custom-made female robots with facial features controlled by the club’s women dancers. The lower half of each robot resembles the iconic Japanese character Gundam on wheels, while its curvaceous human-like upper body is clad in a futuristic gladiator outfit. They have blonde, brown or red hair with blue or green eyes. Each is controlled by two bikini-clad women, who perch in a high seat attached to the robot’s stomach and control the facial features and legs using joysticks attached to the seats for the hour-long “Fighting Females” performance. (Photos by Yuriko Nakao/Reuters/Tokyo Scum Brigade) 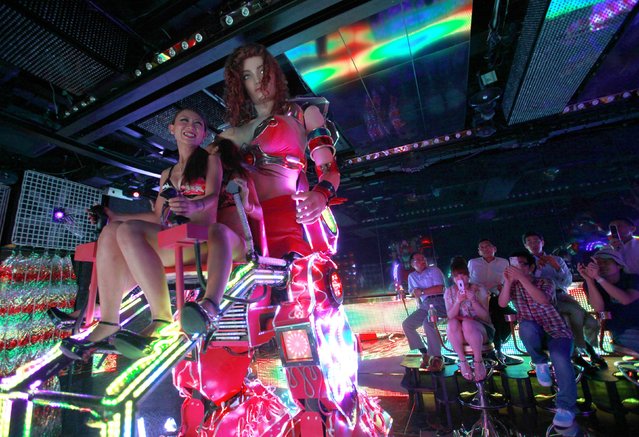 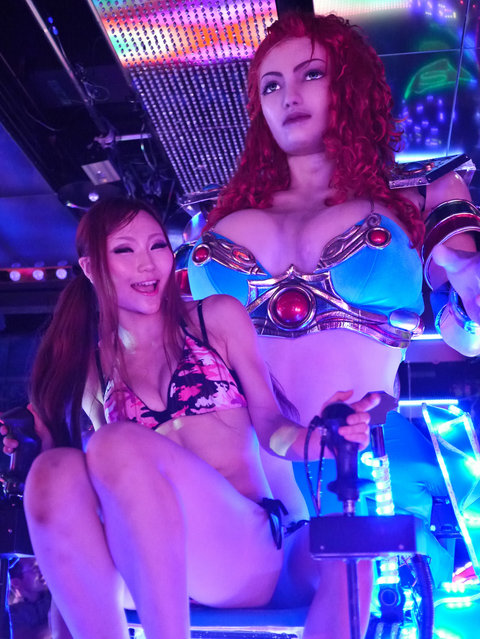 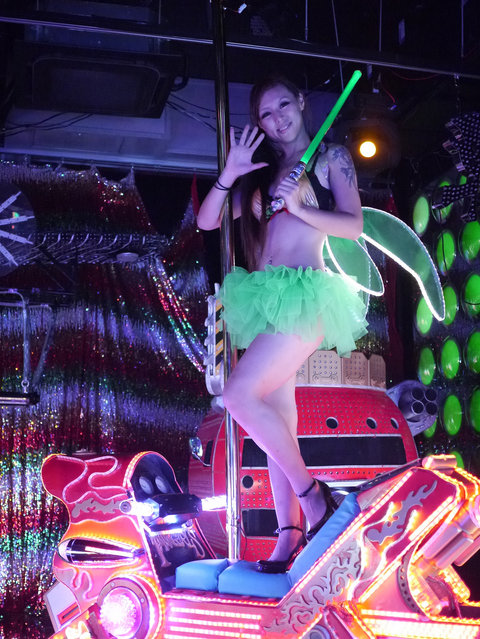 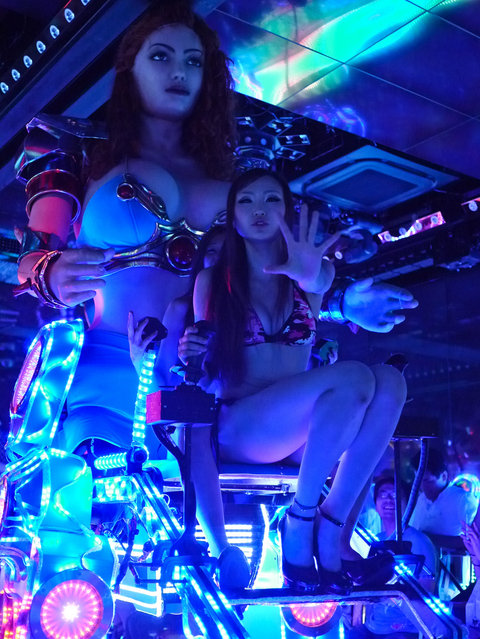 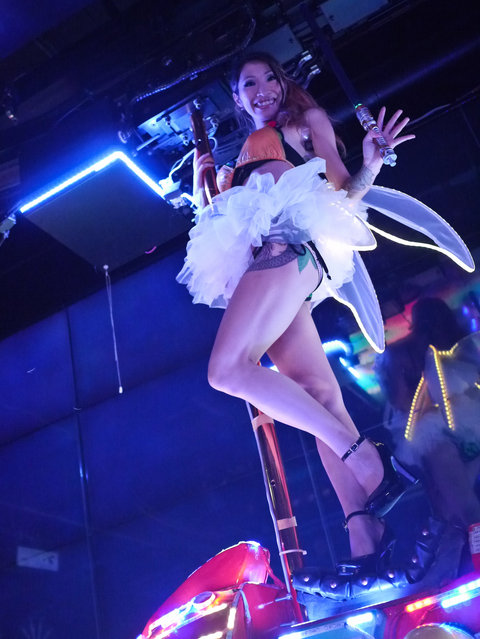 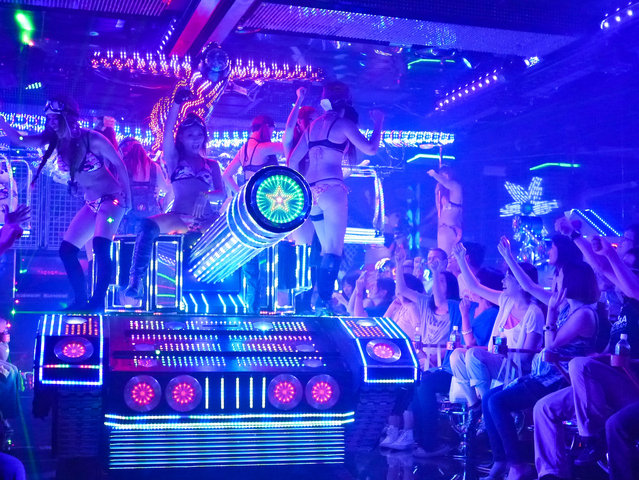 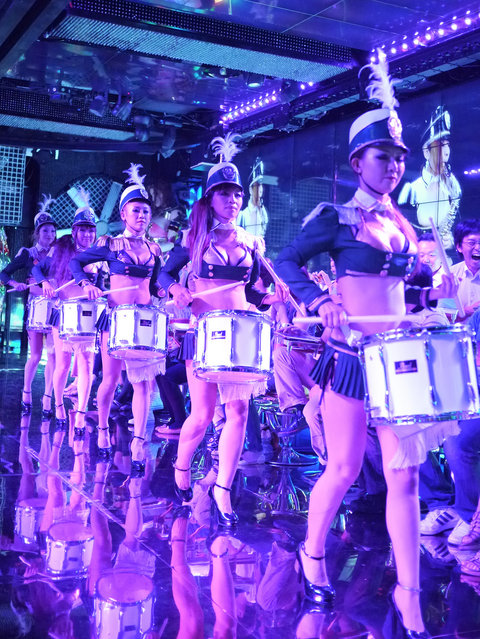 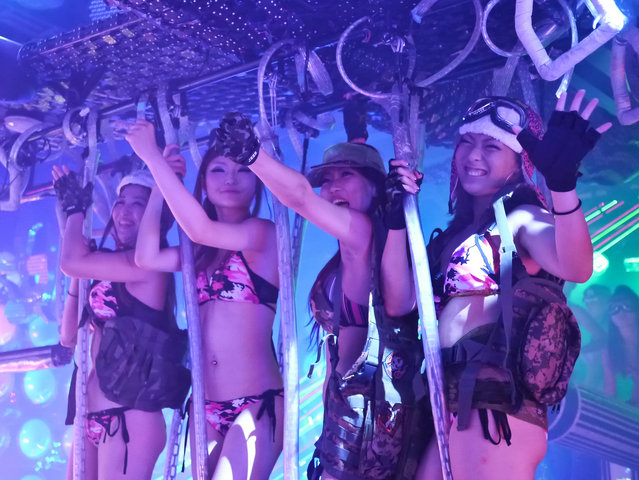 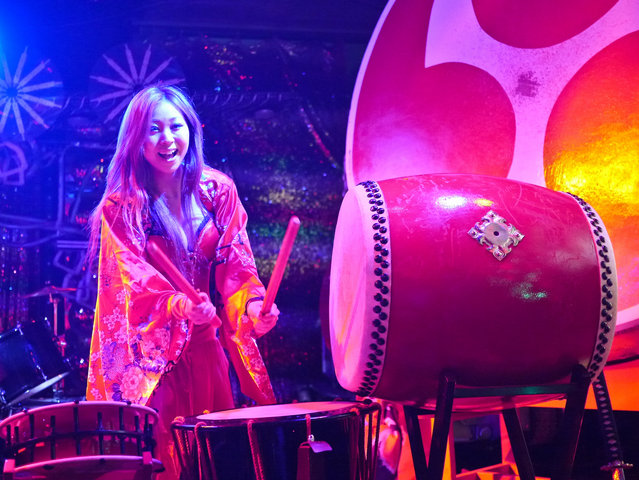 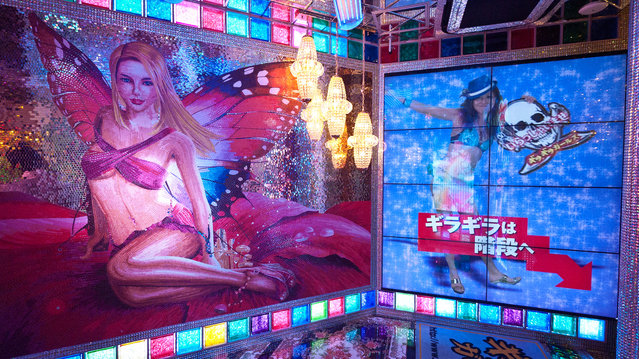 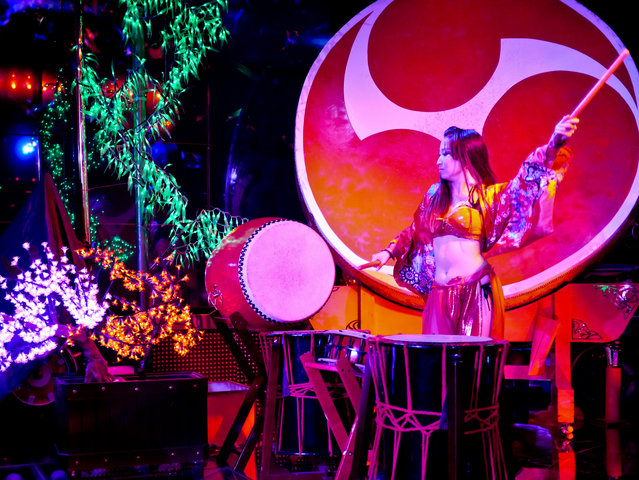 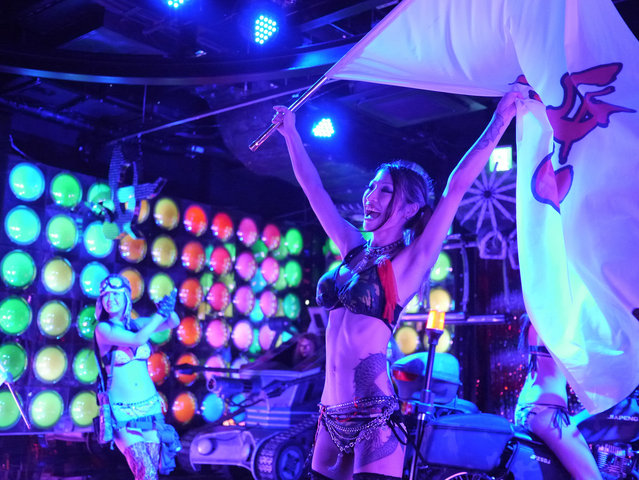 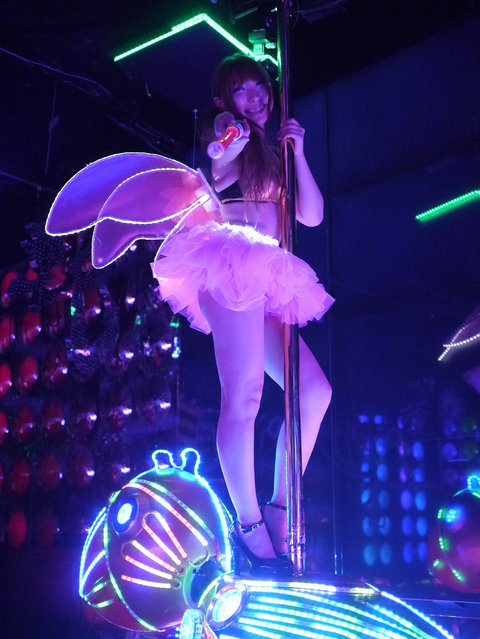 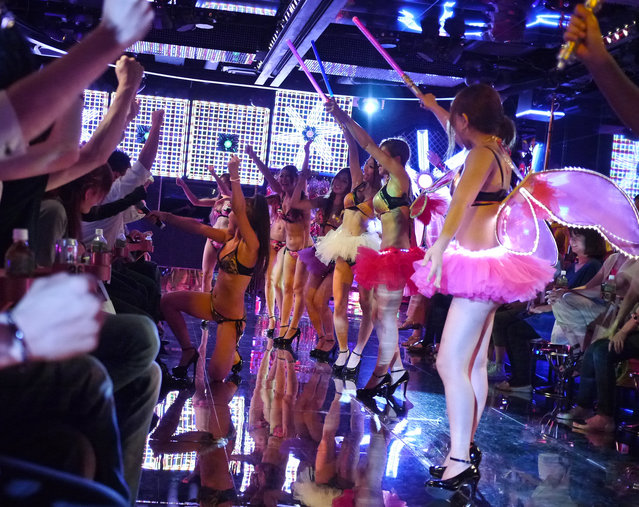