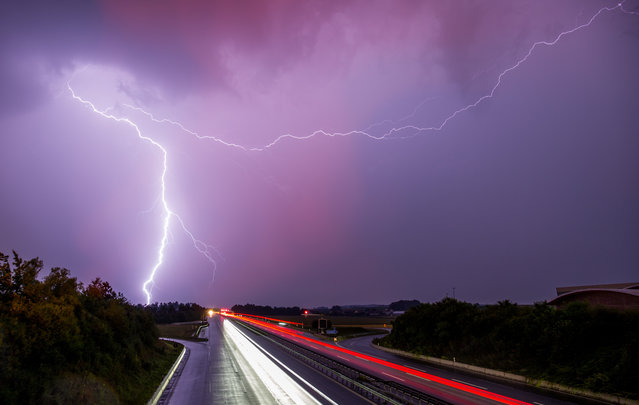 Lightning flashes through the sky over the A9 highway near Allershausen, southern Germany, on July 8, 2015. (Photo by Marc Mueller/AFP Photo) 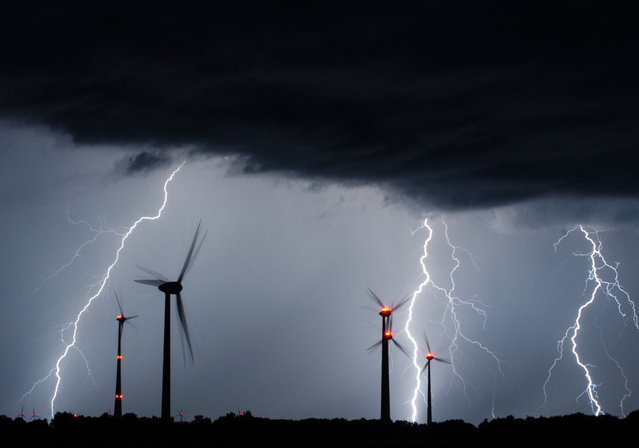 A long exposure of lightning flashing behind wind turbines near Wardenburg, Germany, during a morning thunderstorm early on July 3, 2015. (Photo by Sven Koopmann/EPA/Photoka) 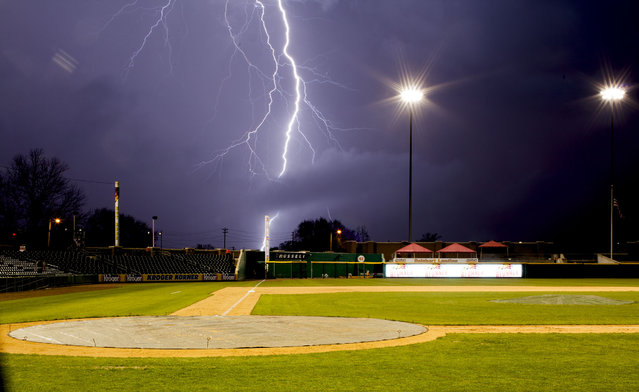 Lightning strikes in the distance as an exhibition game between the Bowling Green Hot Rods and the Western Kentucky Hilltoppers is rained out Tuesday, April 7, 2015, in Bowling Green, Ky. (Photo by Austin Anthony/AP Photo/Daily News) 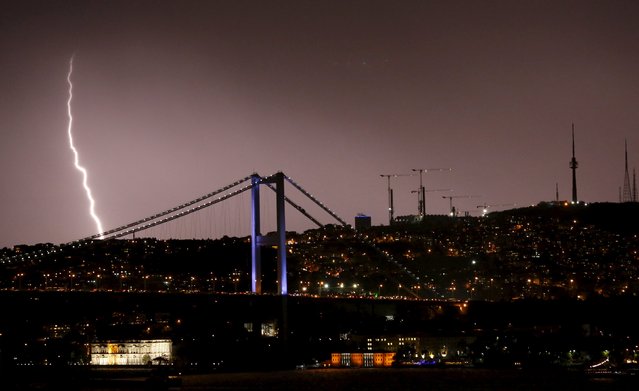 Lightning strikes over the Bosphorus bridge during heavy rainfall in Istanbul, Turkey, May, 7 2015. (Photo by Murad Sezer/Reuters) 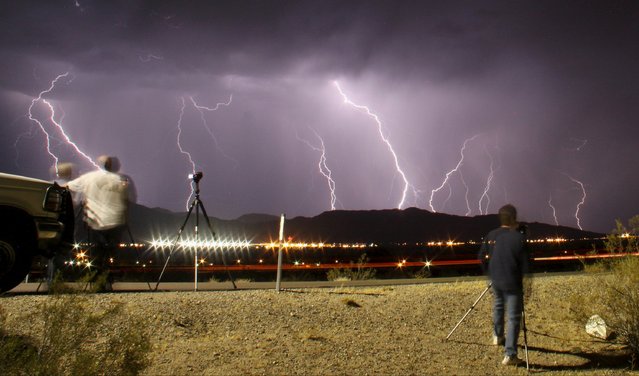 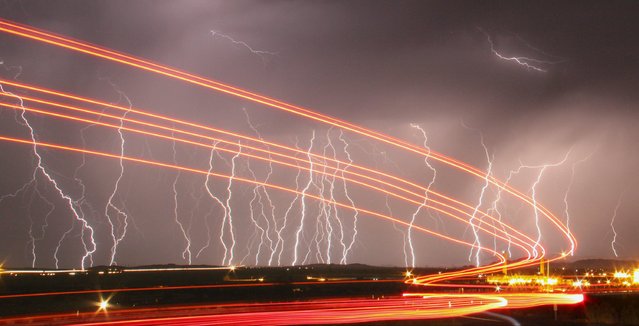 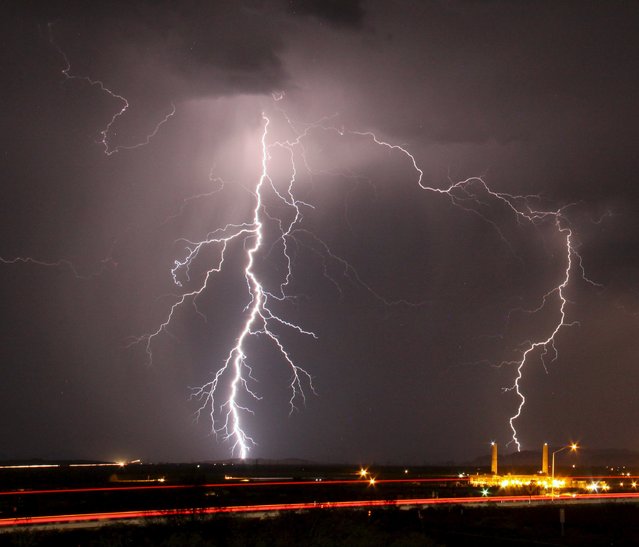 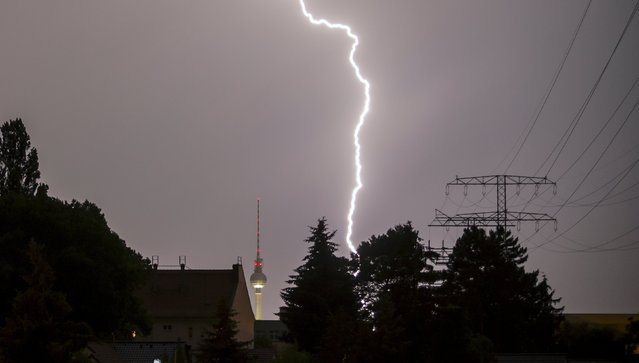 A lightning bolt strikes beside the television tower in Berlin, Germany, July 5, 2015. (Photo by Hannibal Hanschke/Reuters) 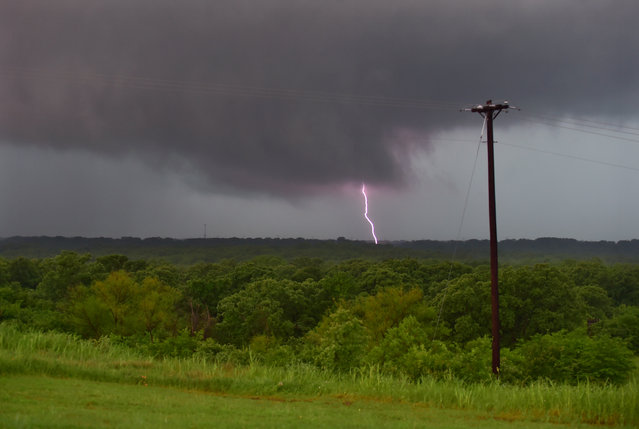 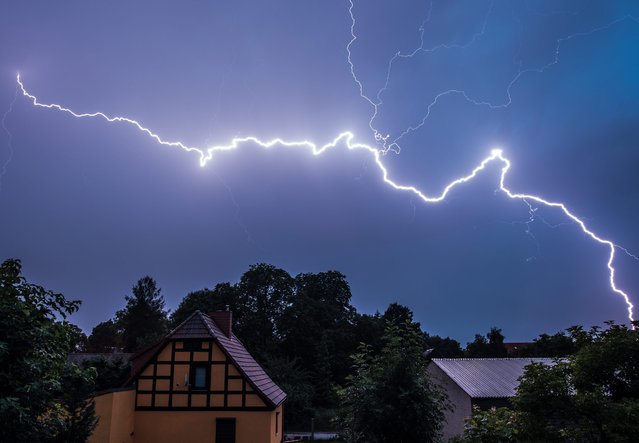 A strong lightning lights up the night sky during a thunderstorm above a residential area in Sieversdorf Brandenburg, Germany, 07 July 2015. After the hot summer days heavy thunderstorms are often experienced over Brandenburg at night. (Photo by Patrick Pleul/EPA) 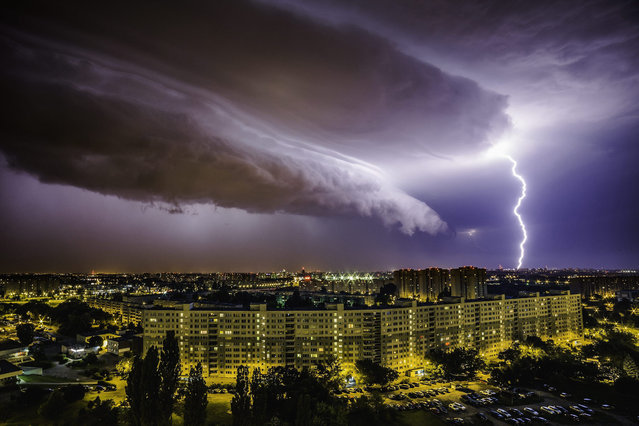 A picture made available on 08 July 2015 showsa lightning strikes during a heavy storm over Poznan in the night of 07 July 2015. Severe storms passed last night over Poland causing lots of damages to buildings, trees, electricity and railway tractions. (Photo by Lukasz Ogrodowczyk/EPA) 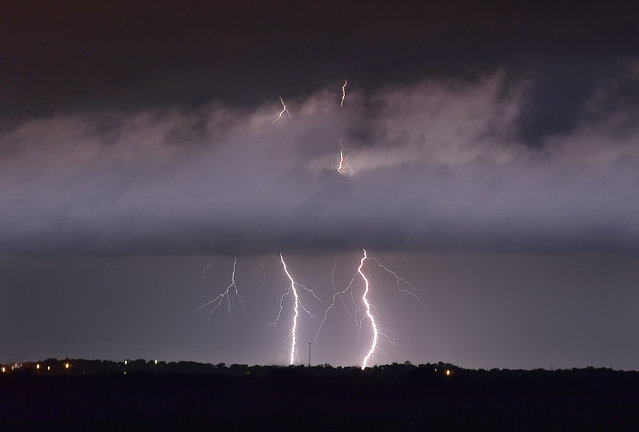 In this Wednesday, May 20, 2015 photo, lightning strikes between the towns of Krum and Sanger in Denton County, Texas, as a tornado warning was in effect for Sanger, Bolivar and Krum just after midnight. (Photo by Al Key/The Denton Record-Chronicle via AP Photo) 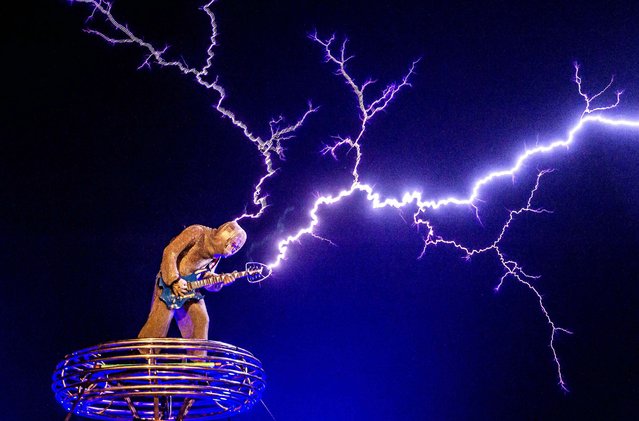 A picture made available on 07 May 2015 shows a man wearing an iron mesh suit while playing guitar with man-made lightening in a show for foreign visitors in Changle, Fujian province, China, 29 April 2015. Former electronics engineer Wang Zengxiang quit his well-paid job in 2012 to make equipments and started the band named Lei Ting Feng, or Lightening Craze, out of his love for Tesla coils. (Photo by Xiao Hai/EPA) 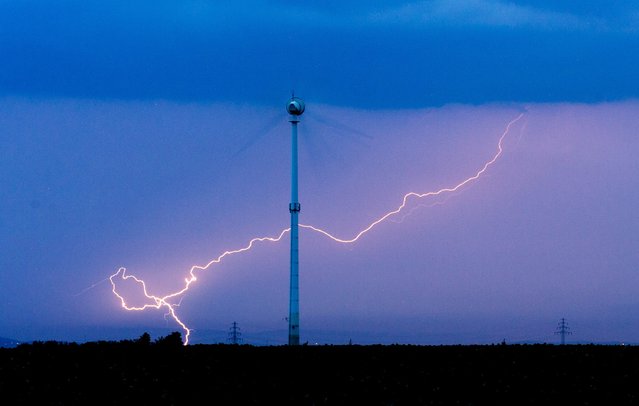 A lightning is seen striking behind a wind turbine in Sehnde, Germany, 05 July 2015. (Photo by Julian Stratenschulte/EPA) 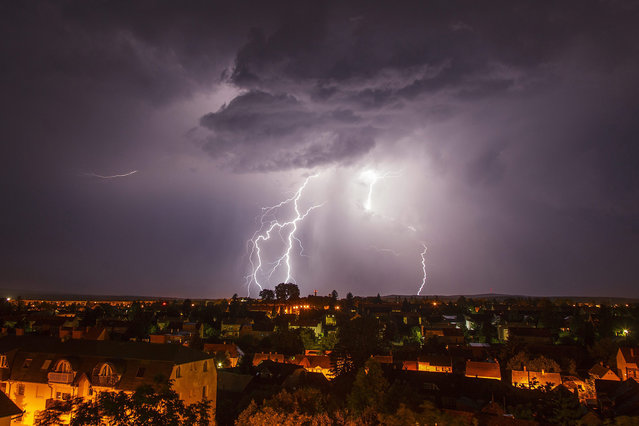 A lightning strikes above the town of Nagykanizsa, some 200km southwest of Budapest, Hungary, late 14 June 2015. (Photo by Gyorgy Varga/EPA) 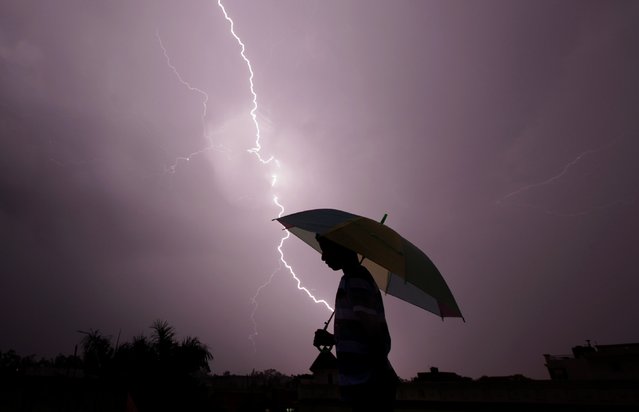 A pedestrian walks with an umbrella as lightning strikes during an evening thunderstorm in Jammu, India on May 14, 2015. (Photo by Rakesh Bakshi/AFP Photo) 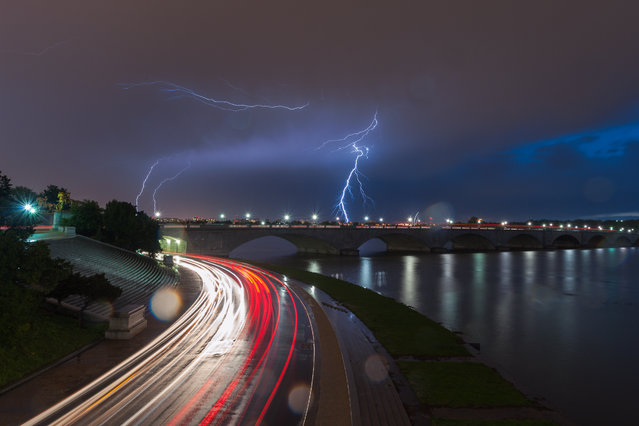 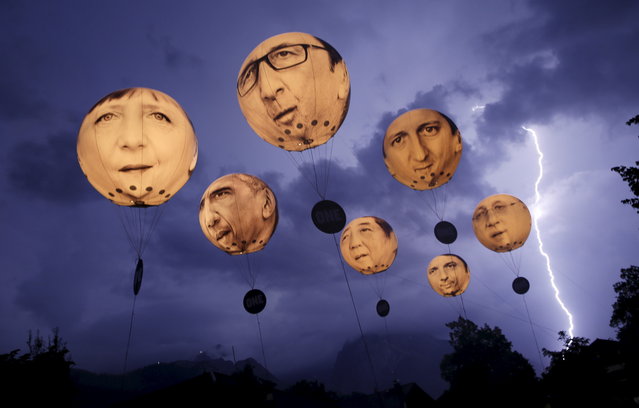 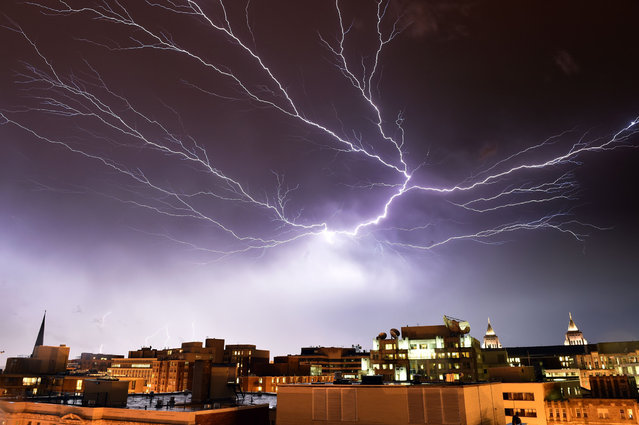