Wow Burning Man Festival
“Burning Man is a week-long annual event held in the Black Rock Desert in northern Nevada, in the United States. The event starts on the Monday before the American Labor Day holiday, and ends on the holiday itself. It takes its name from the ritual burning of a large wooden effigy on Saturday evening. The event is described by many participants as an experiment in community, radical self-expression, and radical self-reliance.

Burning Man is organized by Black Rock City, LLC. In 2010, 51,515 people attended Burning Man. 2011 attendance was capped at 50,000 participants and the event sold out on July 24. In April 2011, Larry Harvey announced that the Org had begun the process of transitioning management of the festival over to a new non-profit called the «Burningman Project»”. – Wikipedia

Photos: The15th annual Burning Man festival in the Black Rock Desert near Gerlach, Nevada September 2, 2000. Despite high winds, dust storms, and a bit of rain, some 27,000 people camped out on a remote desert playa, or dry lake, for the week-long counter-cultural celebration of art and “radical self-expression”. This year's theme was the body. (Photo by David McNew/Newsmakers) 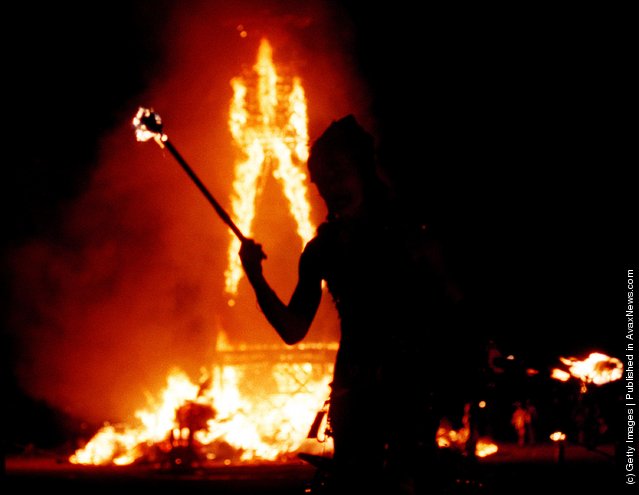 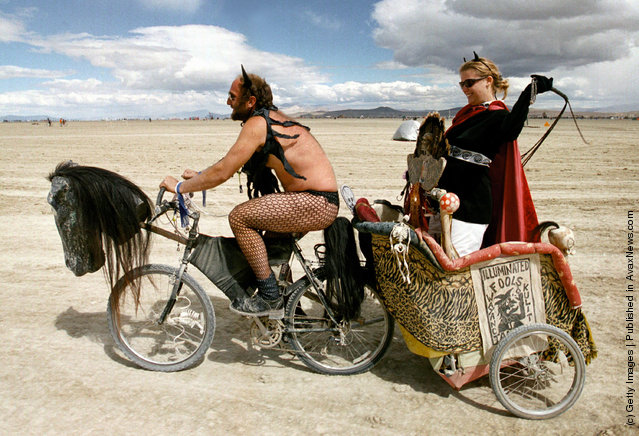 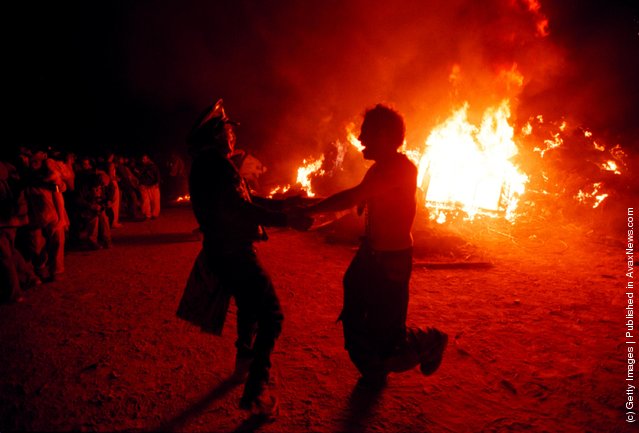 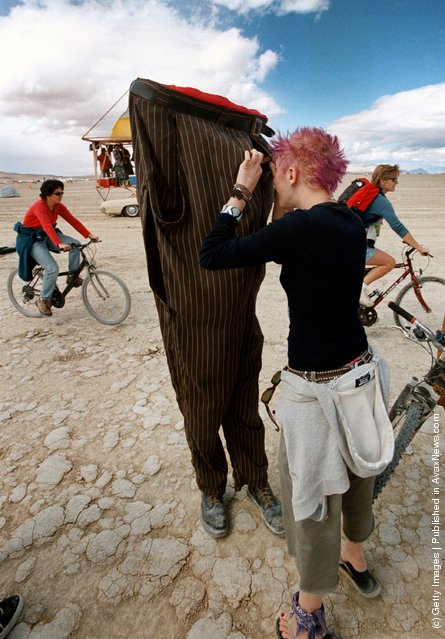 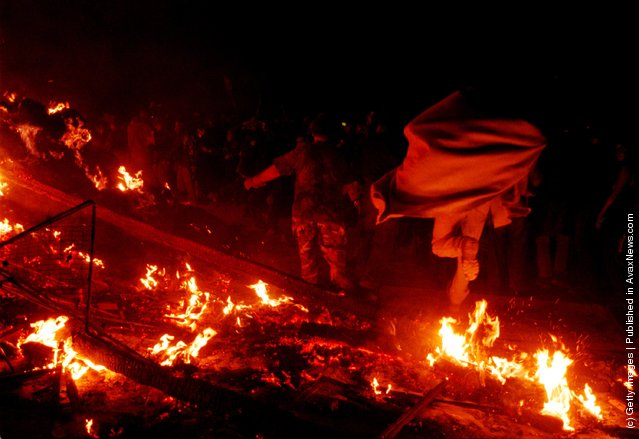 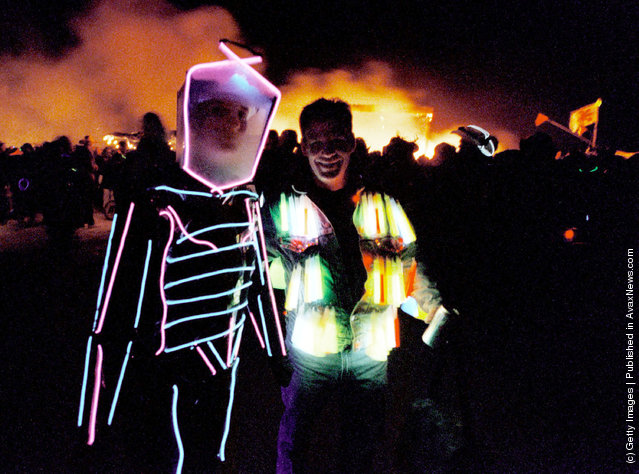 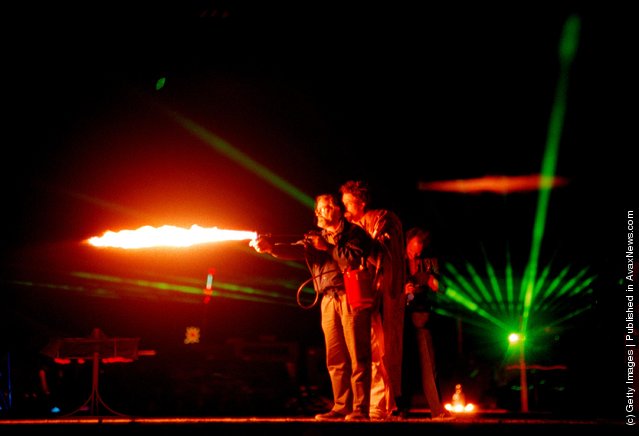 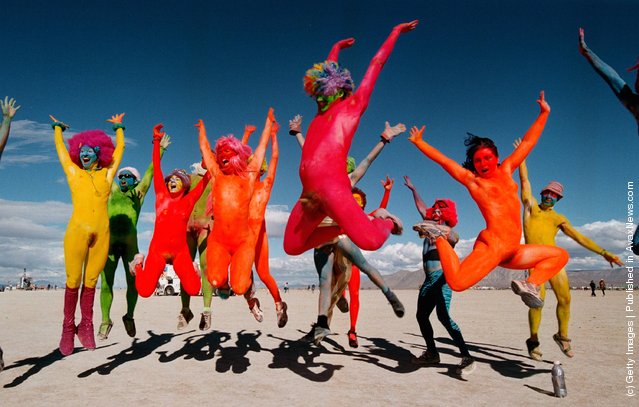 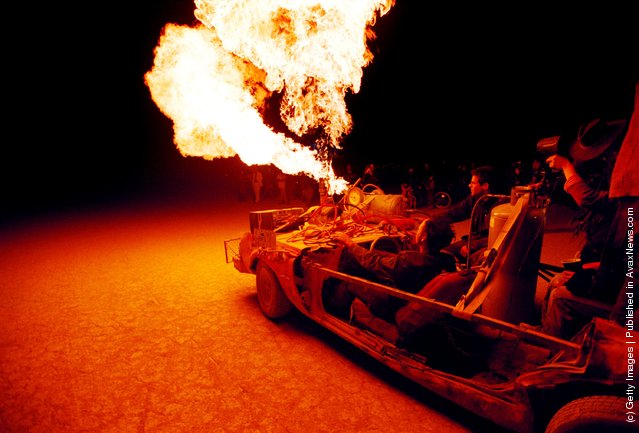 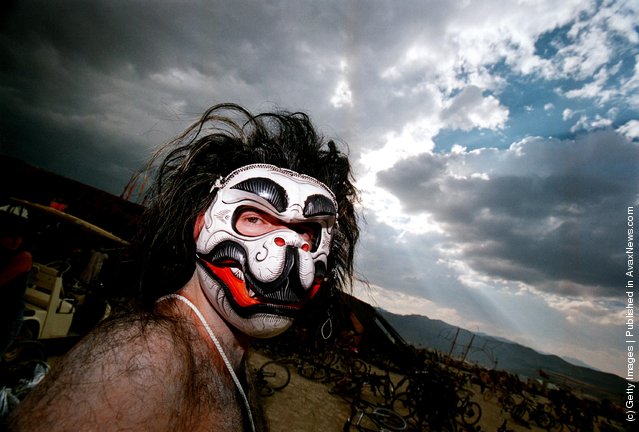 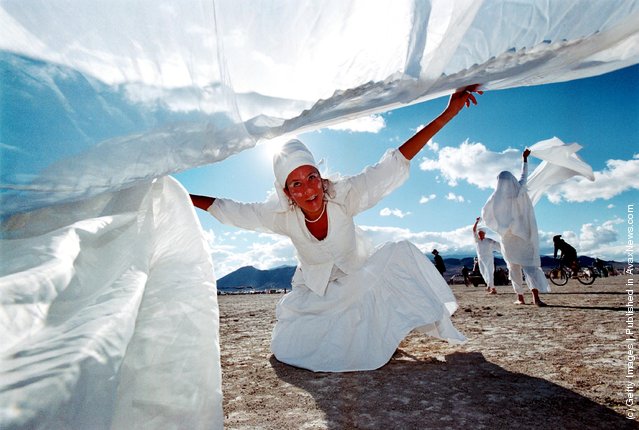 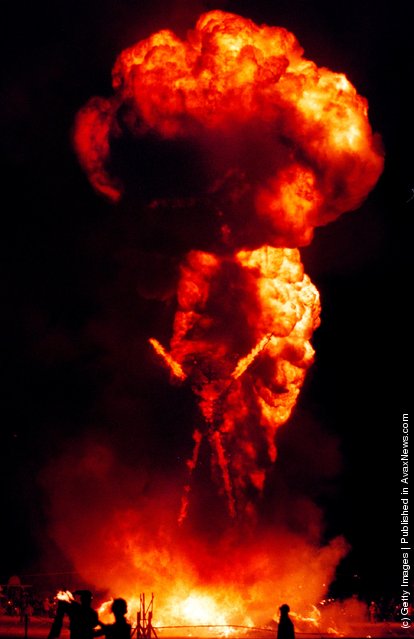 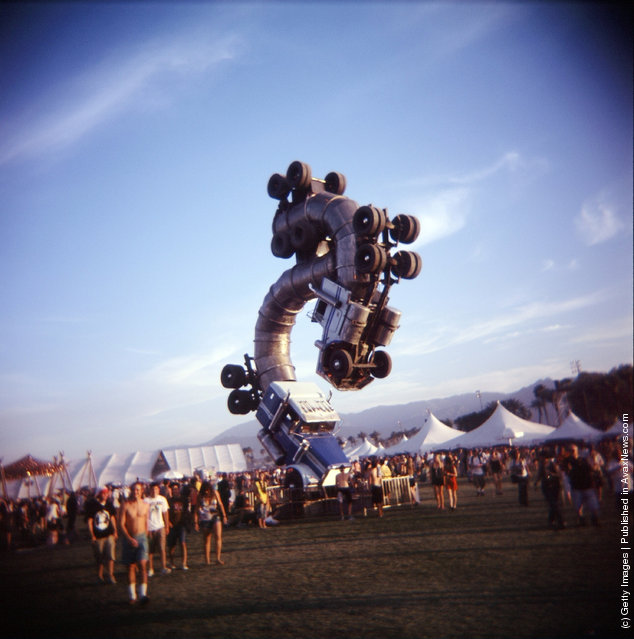