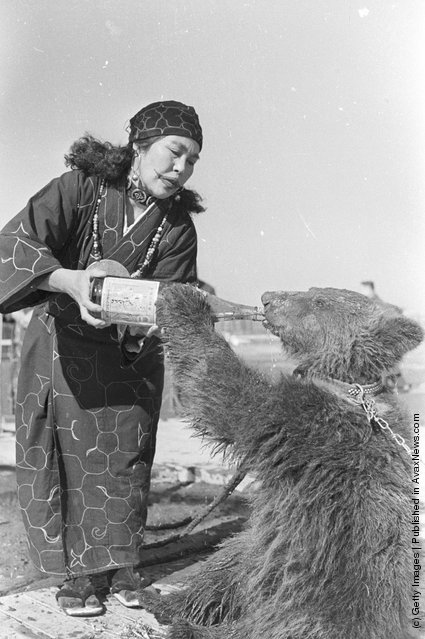 Photo: A captive bear drinking from a large bottle held by an Ainu tribeswoman. (Photo by Evans/Three Lions/Getty Images). Circa 1955 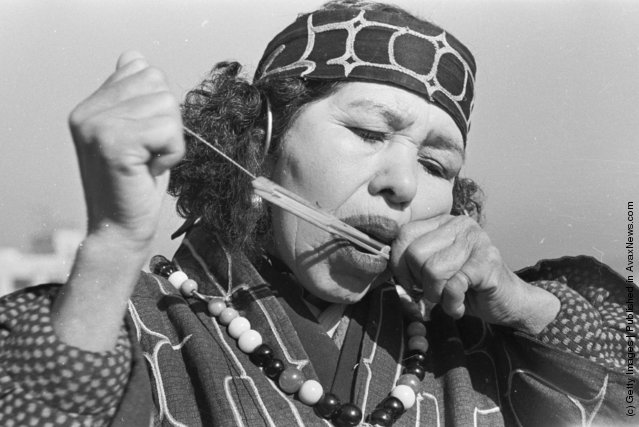 An Ainu tribeswoman holding a group of threads to her mouth. (Photo by Evans/Three Lions/Getty Images). Circa 1955 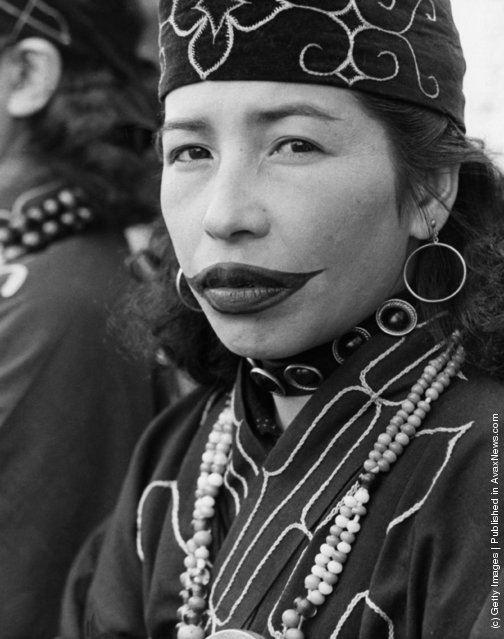 An Ainu woman from northern Japan with tattooed lips. The upper lip is slashed during childhood and ashes are rubbed in to leave a scar. (Photo by Three Lions/Getty Images). Circa 1960 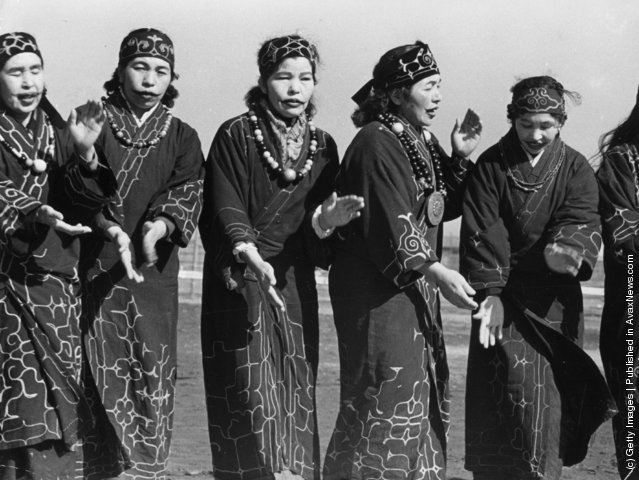 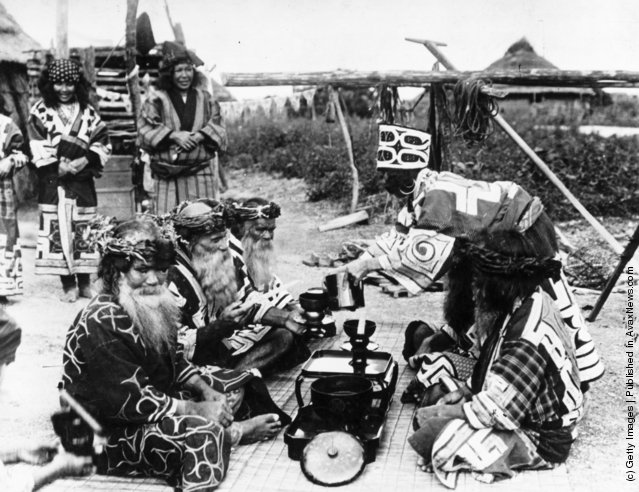