Oh là là [Oldies] Bamboo Dance
“The Caroline Islands (Islas Carolinas in Spanish) are a widely scattered archipelago of tiny islands in the western Pacific Ocean, to the north of New Guinea. The group consists of about 500 small coral islands, east of the Philippines, in the Pacific Ocean; the distance from Manila to Yap, one of the larger islands of the group, is 1200 miles. Most of the islands comprise low, flat coral atolls, but some rise high above sea level.

The native inhabitants speak a variety of Micronesian languages including Yapese, Pohnpeian, Chuukese, Carolinian and Kosraean, as well as the Western Malayo-Polynesian language Palauan. Other significant populations include Filipinos and Japanese.

The natives live mainly by horticulture and fishing, also supplementing their diet with many different varieties of bananas and taro, either of the “swamp” or “purple” varieties. On some islands housing continues to be built with local materials including coconut thatch. The language spoken in commerce is English, but there are several indigenous languages. They traditionally believe in a Supreme Being (Yalafar) and in a bad spirit (Can), yet they have hardly any religious rites”. – Wikipedia 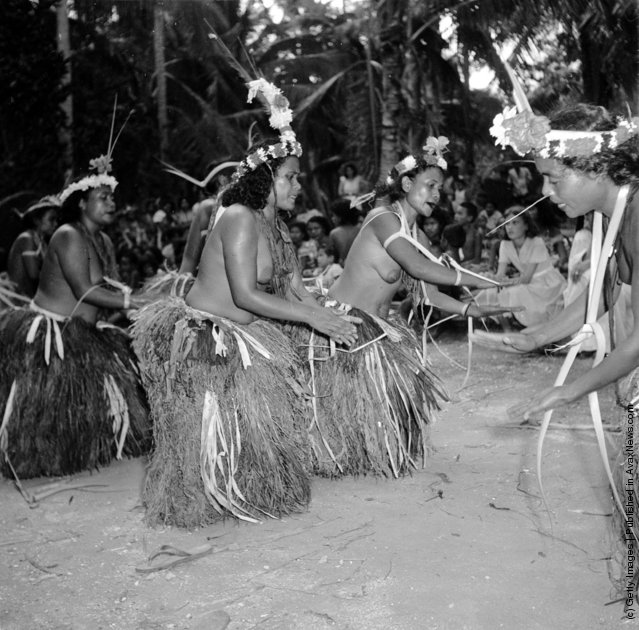 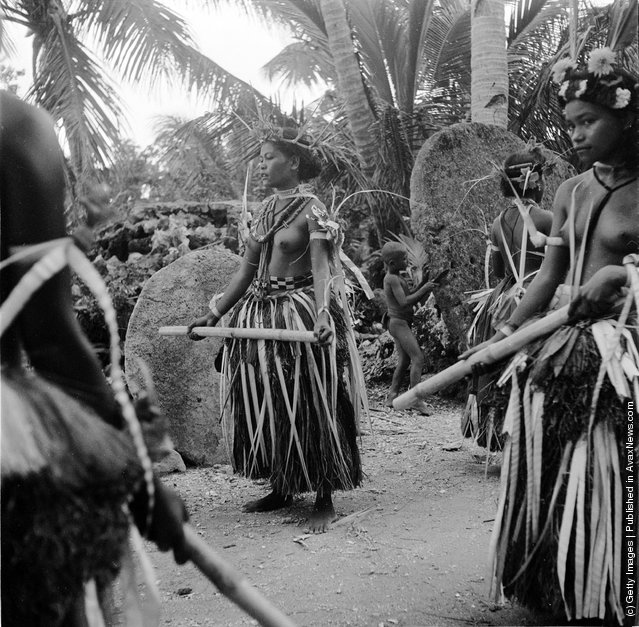 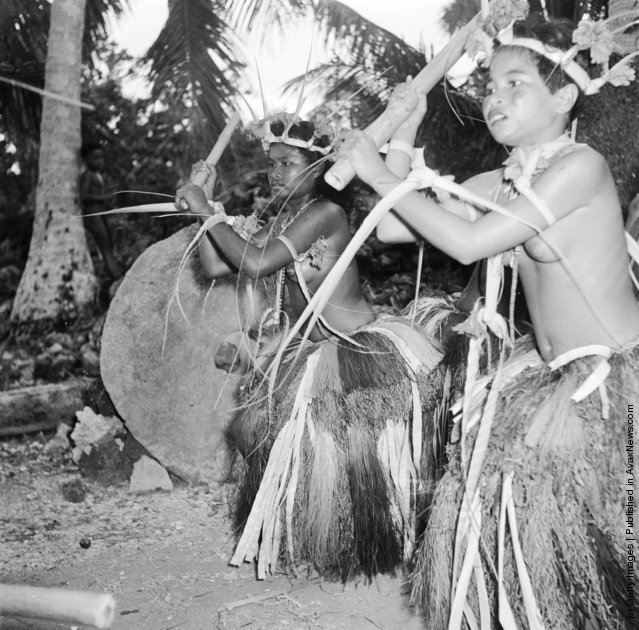 A traditional bamboo dance on the island of Yap, part of the Caroline Islands in the western Pacific Ocean. (Photo by Mary Knoll/Three Lions/Getty Images). Circa 1955 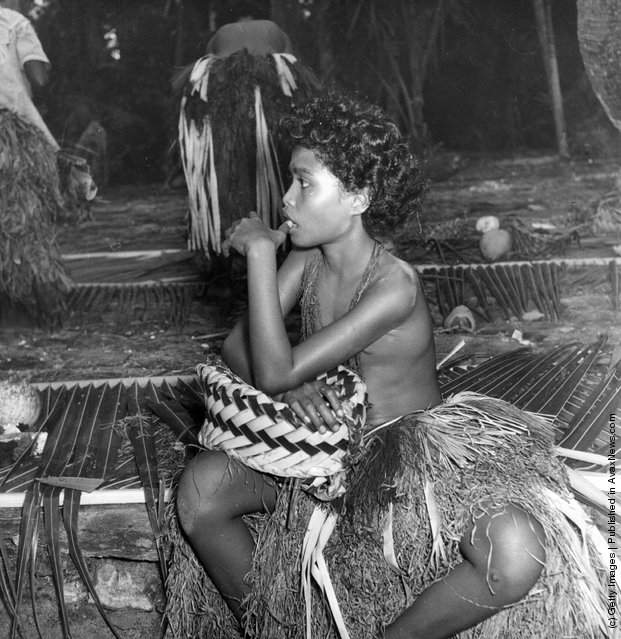 A bamboo dancer of the Caroline Islands rests in her costume, while other dancers continue in the background. (Photo by Mary Knoll/Three Lions/Getty Images). Circa 1955 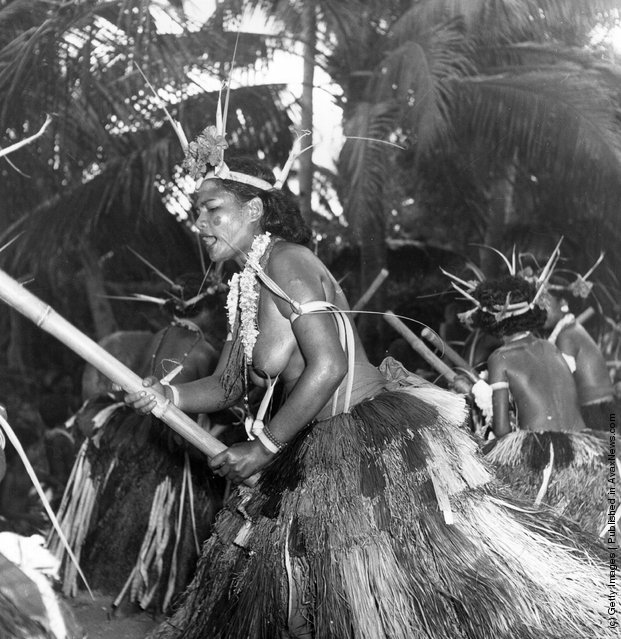 A woman of the Caroline Islands participates in a traditional grass-skirted dance ceremony, one week before entering a Roman Catholic order at Saipan. (Photo by Mary Knoll/Three Lions/Getty Images). Circa 1955 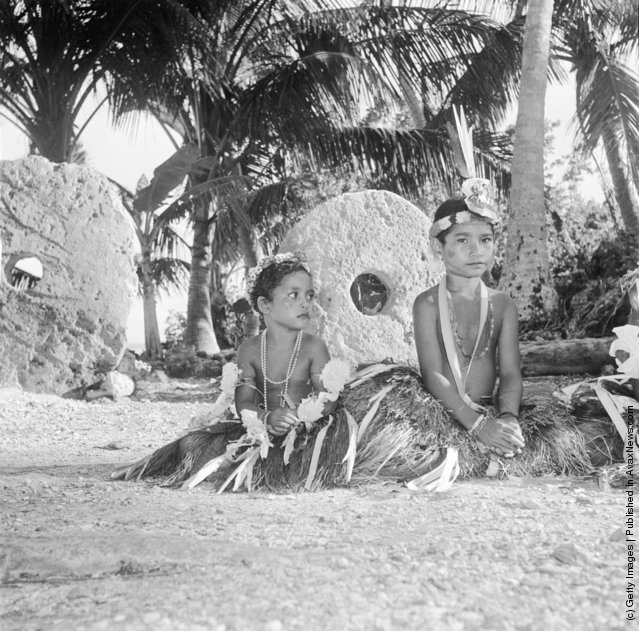 Two young girls on the island of Yap, part of the Caroline Islands in the western Pacific Ocean, sitting in front of a large stone disc with a hole in the centre, the traditional form of currency on the island. (Photo by Mary Knoll/Three Lions/Getty Images). Circa 1955
Edit Del
10 Feb 2014 08:10:00, post received 0 comments
Publication archive:
←   →
Popular tags:
All tags
Last searches: